Remember last week when I told you about Victor moving in? Well, check him out: he's super smiley and very well loved by the house. When we arrived on Saturday morning, the neighbor was holding him, that's how lovable he is! 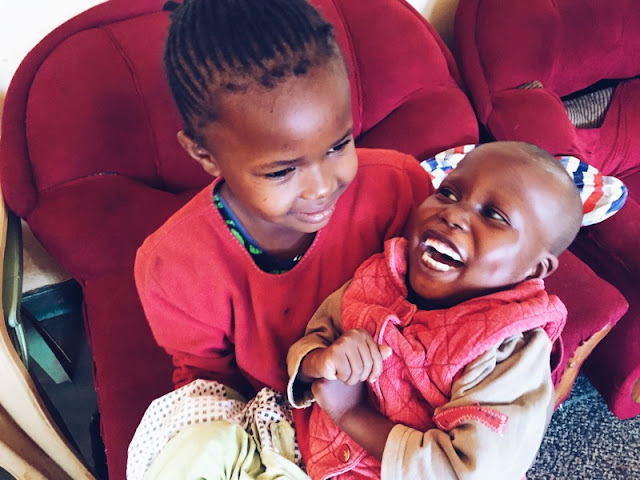 I posted a picture of Maureen and I earlier last week and my grandfather commented that she seems so cool. When I told Mo about what my Gramps had said, her smile grew wider and she beamed with pride. A few days later, I showed her a picture of him and she said, "this is the grandfather that said I'm cool?!" even more excited after putting a face to a name. She's a pretty rad kid...and not just because she teaches me new words in Swahili everyday. 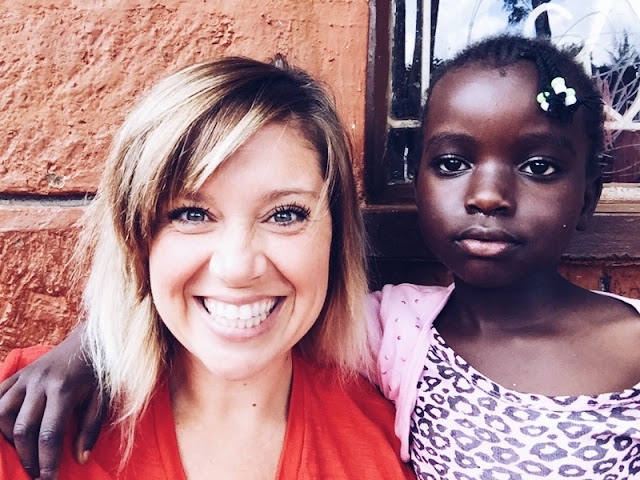 The plan for Saturday was to take the four kids who live at the center, but attend Greenfields Primary, over to pick up those that board at the school and take everyone to lunch. BUT. The school would not release the boarders to us because they were busy preparing for national exams. So, we took these four to my favorite place: Ruby Deli (where I sang a Britney Spears song) and watched Obama's address while we waited for our food. Manu (in the red) was so confused when my iced coffee arrived at the table...he was curious as to why I'd ordered COLD coffee (cold beverages are not popular around here) and would only taste it after quite a bit of pressure. He, of course, hated it.

On the way back to the car, I heard that all of these kids are uneasy about taking elevators...so I paid Manu $1 to ride the elevator up two flights and back. Sammy put him in the elevator and pushed the button for the third floor, but then the doors closed so quickly that she couldn't explain what he was to do when he reached the third floor and wanted to come back down. So we just watched him go. A few minutes later, when the elevator came back down, but he wasn't on it, we began to wonder what happened. Turns out, the doors opened, he freaked out, and wandered around the third floor trying to decide where to go. He looked down and saw Sammy at the base of the staircase and made his way back to us. Needless to say, I don't think he'll be too eager to take another elevator any time soon. 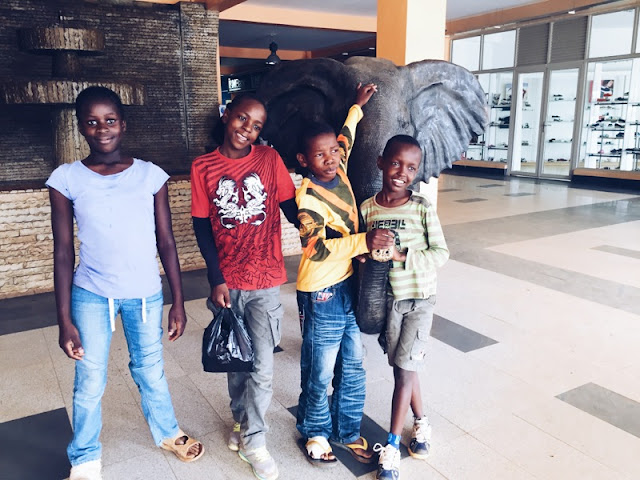 On Sunday morning, we tried Greenfields again. Sarah sponsors a few of the kids and wanted to take them for some new clothes before she headed back to California...we figured the school may let us take them for a few hours if they knew she was leaving soon.

When we arrived, we found the campus practically deserted. Just a group of girls sitting outside who told us everyone was in church. Two of them, very kindly, walked us over to the cafeteria-turned-church. Of course, we walked up to the side closest to all of the open windows, but furthest from the door, so a crowd of primary school kids watched us walk up to interrupt their service.

As we walked in, they were praying. I heard the teacher say, in English, "Lord, thank you for our white guests. I'm sure they have something great for us today." and in my head, I thought, "Oh no...that's us. Does he think we're here to preach? Certainly he's talking about someone else..."

Gestures to us and invites us forward.

We get to the front and he asks what we have to share with the group today. I whisper, "We've only come to take four kids to lunch...this is their sponsor." To which he replies, "Okay, that is okay. But you must first greet the children." I laugh...my big, loud, Allison's in the room laugh. And the entire crowd of students erupts in laughter. Which, of course, makes me laugh again. And they echo in laughter of their own.

So, I turn and introduce myself. And then Sarah introduces herself. She turns to the teacher and gives the names of the students we're taking and something triggers in me. I put down my purse and ask everyone to stand up. And we sing the one song I know in Swahili...my go-to, memory-making, "whoa, this white girl is singing in Swahili" song. And they all start dancing...even the teacher is sort of laughing at the fact that I know this song.

We finish and say our goodbyes and head out to collect the four boys we're taking. Only when we get outside, it's not just those four boys. It's all of the boarders. Being the rule-follower that I am, my first instinct is to tell them they can't come. That they will get in to trouble and so will Sammy and I don't want to cause a problem. But they insist that it will be fine. So, sucker trumps rule follower and they all jump in the van.

Did I mention Sammy was taking a kid to the hospital in Kijabe (about 6 hours away) so I was the one driving? If you thought that room was shocked that I could sing a song in Swahili, you wouldn't believe how stupefied these kids were that I knew how to drive a car! One boy asked me who was driving three times on the way to the car. And there were silent whispers (in Swahili) of "Alice knows how to drive a car!" all the way to the restaurant.

Eight cups of tea and plates of fries, three kebabs, two samosas and five sausages later, this group was well-fed and ready for some shopping. 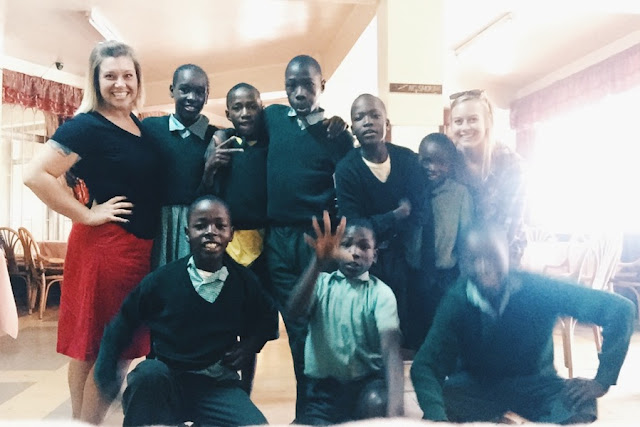 Sarah bought each of the boys she sponsors a new shirt, sweatshirt, pants and shorts. Her dad had also packed a new soccer ball and pump (which the entire van was "pumped" on!) We dropped them back at school for lunch and more exam prep, with a promise to see them once more before Sarah left. 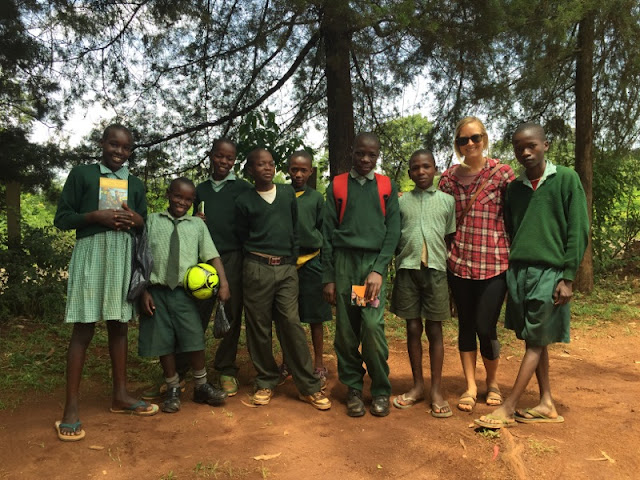 Sunday afternoons are the best times for naps. Especially when it rains! After the short thunderstorm, we headed over to the kids house for chapati where Sammy met us after her long day of driving. In the madness of kids being inside all day due to the rain combined with a power-outage, the place was a zoo. At one point, Willie was stomping around singing a song with lyrics such as, "It's time to cheer, our stomachs are full!" I made matters worse by giving one kid a few zerberts, which turned in to a line of kids and a whole bunch of laughter. We finally made our escape just as the rain began again...and we could hear the noises from the house all the way outside the gate.
Posted by Allison at 12:14 PM