Well, it's rainy season around here...which means for a little while each day, everyone takes cover wherever they can and waits for the storm to end. (Quite literally, the store employees told us they would not carry the packages out to the car until the rain stopped...and that day, it was only barely drizzling!) And somehow the rain has made it that much easier to cozy up with a warm dinner and watch a show/read a book until it's time for bed...meaning it's been a full week since I've posted anything here. Sorry about that. Let me tell you about last week...

Last week involved a lot of cards. I mean A LOT. Most mornings, while the little kids are in class, Sarah and I would fill-in wherever we could: holding/feeding kids mostly...sometimes mending clothes or preparing parts of the meals...but last week, with two big kids at home sick (each recovering from foot injuries--Lillian had to stay off of her cast for three days, which meant no school for her. Jabal was preparing for and is now recovering from his second surgery in six months...and both of them were bored of hanging around watching daytime television), we played a lot of cards. And it was really fun.

I taught them to play Spit, Go Fish and War. They loved War. (On Saturday afternoon, I brought Uno, but one game lasted for waaaaay longer than I could endure, so I packed that up and we switched back to Go Fish.) 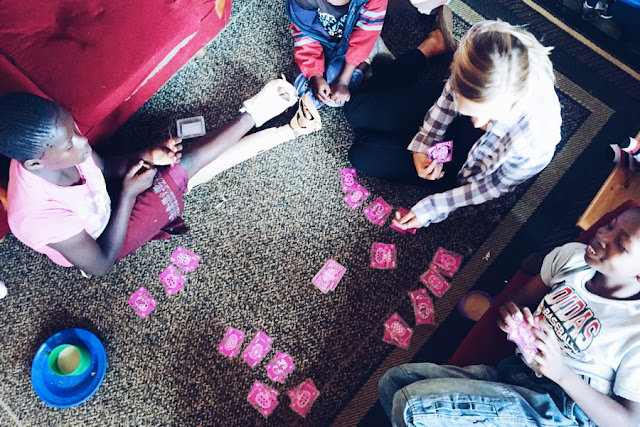 Obama's homecoming--the 48 hour trip was hourly news for about two weeks--was celebrated by all. Even Bram. (Who posed like this several more times--inside and outside, photographed or not--that morning.) 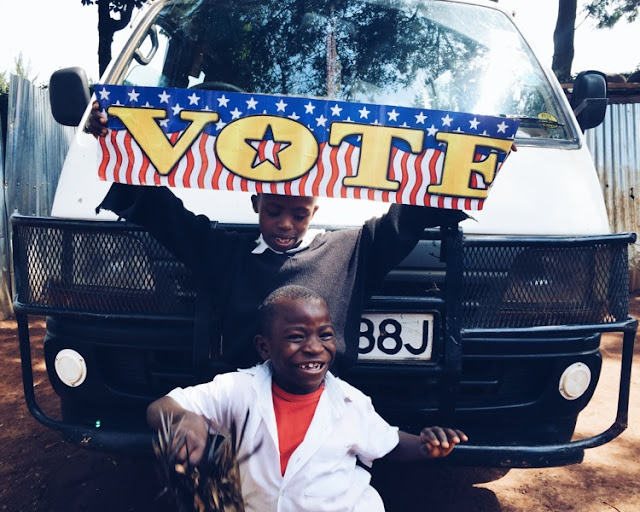 The days when there is nothing to do are few and far between...It usually falls shortly after a week of non-stop action and just before an onslaught of doctor visits or, this time, the arrival of a team! This Wednesday afternoon (pictured here) though it appears chaotic, was absolutely glorious. Lots of holding kids, switching only when one of us lost feeling in an arm...Sammy, bottom right, had just finished flying Manu and being bodyslammed by an overly excited, and slightly jealous, Suzie. 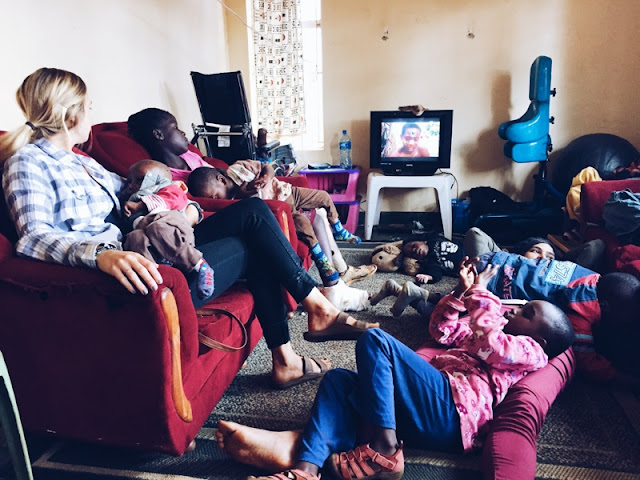 Speaking of overly excited Suzie: Last Friday, right before the daily rainstorm (typically starting around 3pm and lasting anywhere from 15 minutes to 3 hours), we had a surprise visit: singers from the local church. Needless to say, Suzie was a really big fan. 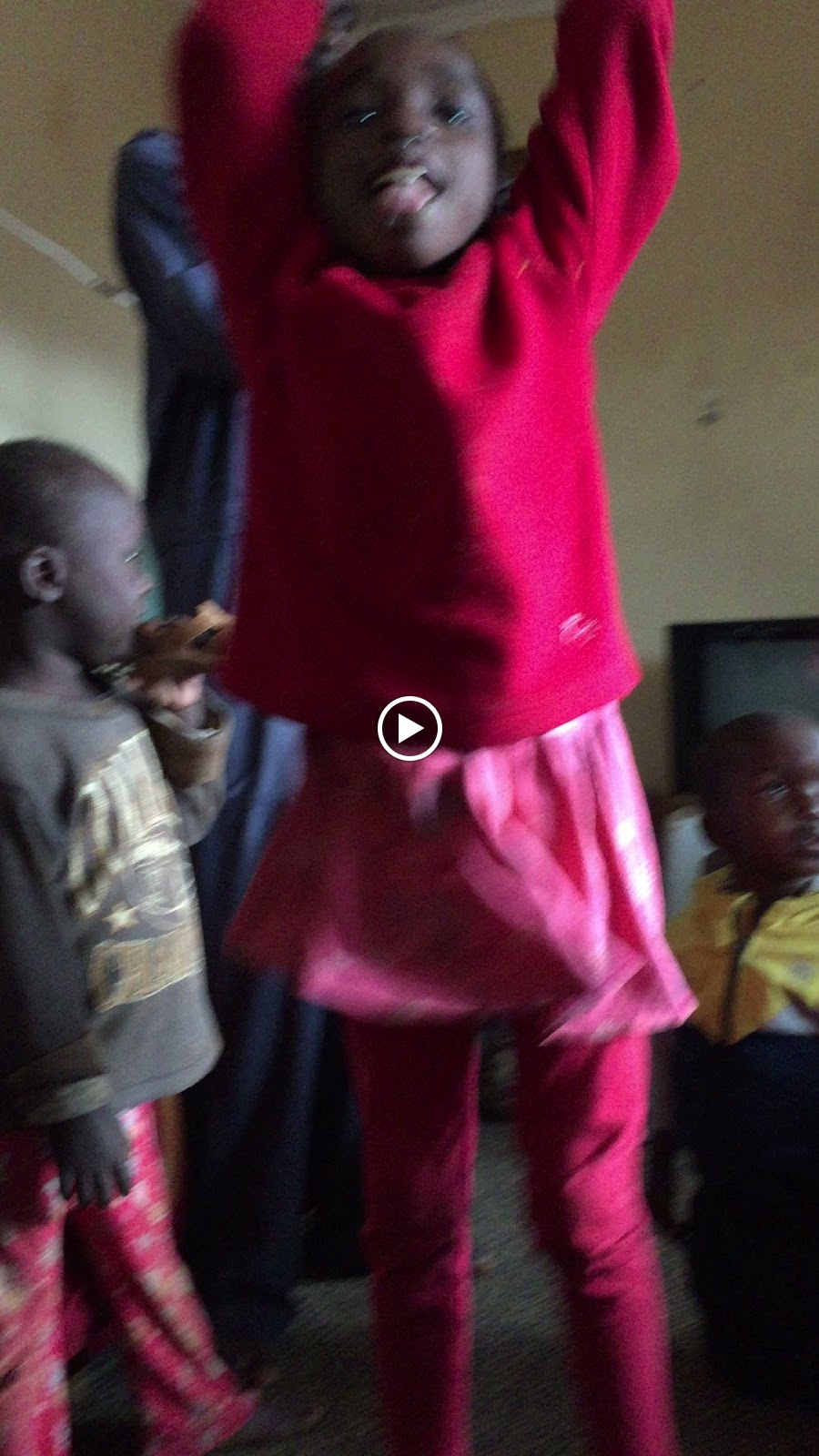 Also. Henry. Come on, kid. He's a little grumpy (the school kids call him Grandpa)...and he's pretty much always covered in mud...and he poops his pants every day, but doesn't tell anyone until he sits down somewhere and makes matters worse, but honestly, look at that smile! 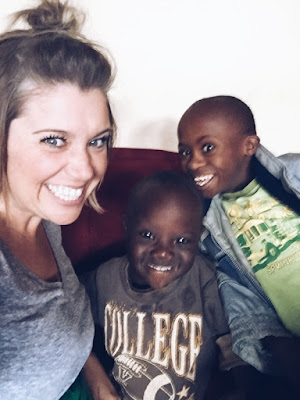 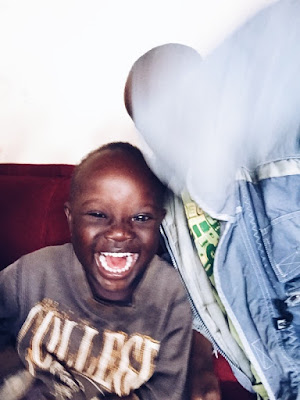 Last Thursday, we braved the rain to meet Patricia and Hellen for a mid-afternoon snack (sodas and fries) to talk about the details of our women's meetings. We set the date for this Thursday morning (which has already passed, that's how behind I am on posts--it's coming, I promise!) and even talked about possible names for the group meetings. I am excited to see where this goes...and will keep you more properly updated than I have this week. 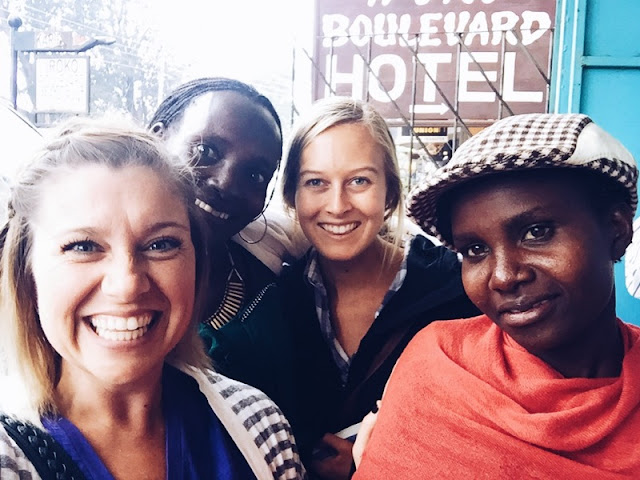 Two more posts coming your way ASAP. I know, you're on the edge of your seat!
Posted by Allison at 11:35 AM