In America, I am pretty good at resting. (Let's just say there's typically one day a week that I don't even leave the house--if I can manage it!) But there is always something to do here, some place to be, someone to see...and it's all really fun...so rest is hard to come by.

This morning, the team went back out to Pokot, but Sammy and I decided to stay here and do a few things that have been placed on the back-burner for the last week while we've traveled with the team. You know...laundry, grocery shopping, cleaning the house, unpacking boxes and boxes of stuff that was in the massive shipping container we opened with the first team.

I started the morning with some laundry. Here's the set-up: two buckets, some powder detergent, a spigot and some clothes lines. I'm proud to say that, with the help of a specially-curated 90's playlist, I was finished in under 30 minutes. Not too shabby for having been out of practice! 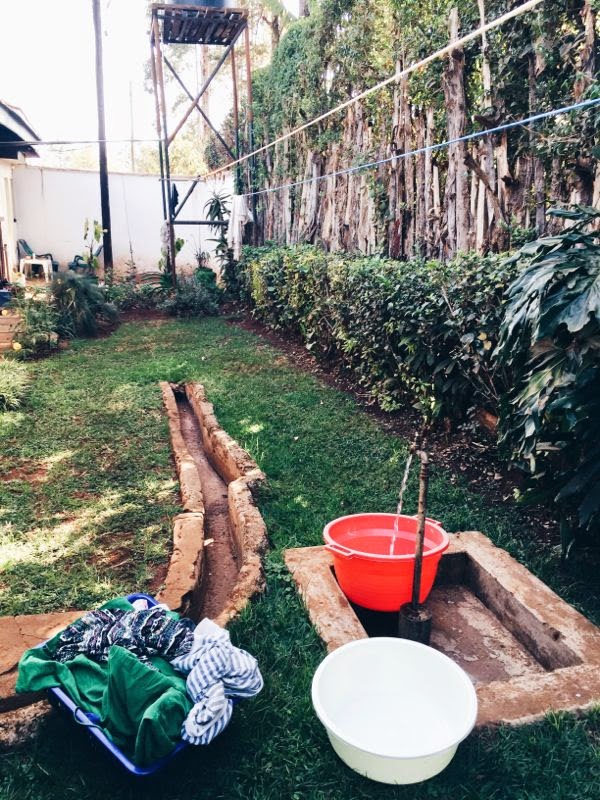 After the laundry, we rested! I made a sandwich and read a book, did a little sewing, but mostly we just sat and talked and laughed together...enjoying a few hours free from clock-watching or list-making.

And then it was time for the Grand Opening! We headed to town a little bit early so we could run some errands, but then made our way to Ruby Deli where we were warmly welcomed by our (now old) friends on staff.

Sammy had mentioned to the waitresses that I was a singer (her actual line was "She's famous in America...ever heard of Lady Gaga?!" but that joke was lost on them.) The girls told their manager and, today, when I walked in, he said, "You're going to sing for us today, right?!" and, since I had thought the whole thing was a joke, I frantically began to think about what song was appropriate for a restaurant grand opening in Kitale, Kenya. (A few thoughts: Star-Spangled Banner? Proud to be an American? Do I sing a church song? Or Celebrate by Kool and the Gang?)

The MC got on the microphone and announced (to the whole mall, really, with the volume of his mic) that there would be a special treat--a song by "the next singing star of Kitale, Alice!" and I walked up and started singing the only song that I could think of--and knew all of the words to: "Sometimes" by Britney Spears. 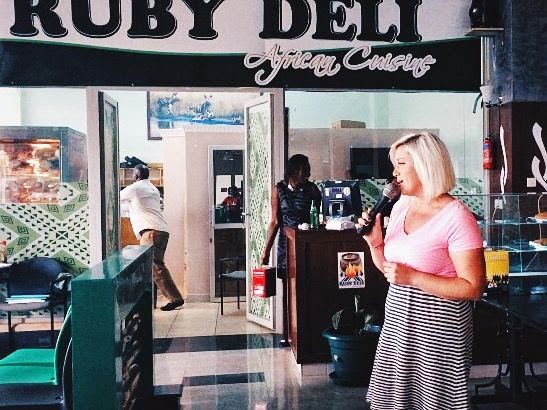 The whole restaurant went quiet (well, except for Sammy and Leila who were trying their best to hold in laughter) and about ten people stood up with their phones to record the moment. I did my best to maintain composure, but I definitely broke a few times. Thankfully, they broke in to applause after only one verse and chorus--I don't know that I would have made it through the rest.

You can view a short clip of the video here. I'm hoping to be able to upload the entire thing--including the few times when I giggle over the song I'm singing and the number of cell phone pointed at me--soon.

After the song, the MC announced that I am available for catered parties, weddings and other special events. I pointed out Sammy and told them she is my promoter, so they should contact her with any interest. (I can't wait to see if something comes from this--I would be so stoked!)

We left the restaurant and did some quick grocery shopping before making our daily visit to the kids house.

When we arrived, everyone was awake--and in the living room, so it seemed!

Here's Allan posing and smiling for a picture. 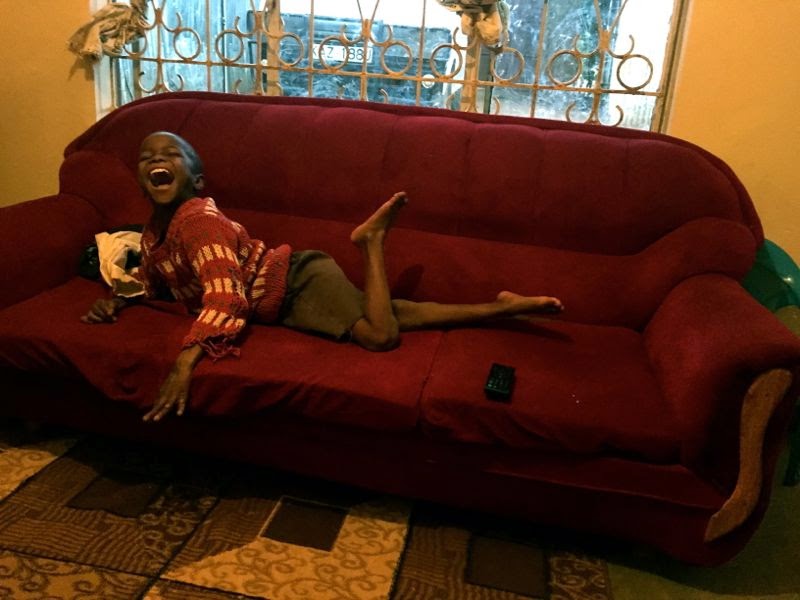 Sammy opened a few more suitcases of new clothes, looking for church outfits for those who will come with us in the morning. While she was searching, she found this adorable headband for Dinah, who absolutely loved it! 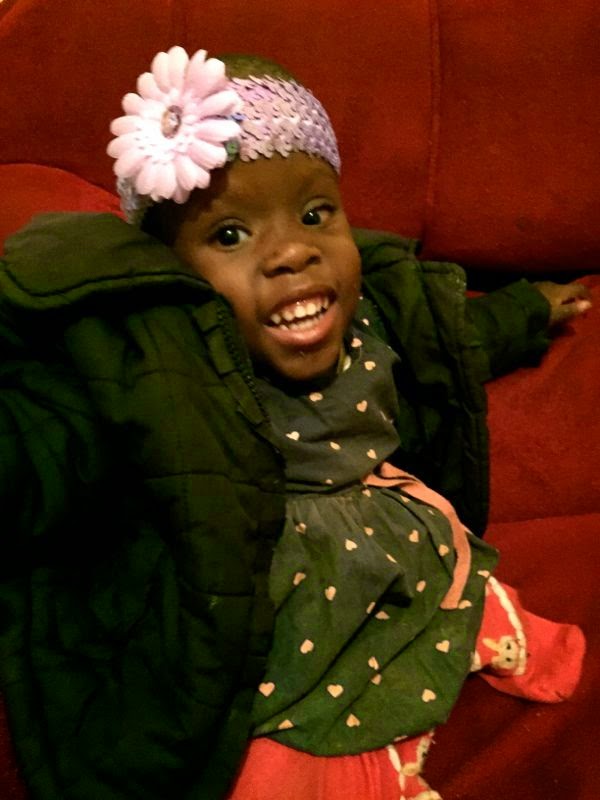 A group of us watched, from afar, as Sammy explained some other new clothes to the house moms and kids. And then, of course, Bram and I lead the house in a few choruses of "Baby" by Justin Bieber...which is his current favorite song. 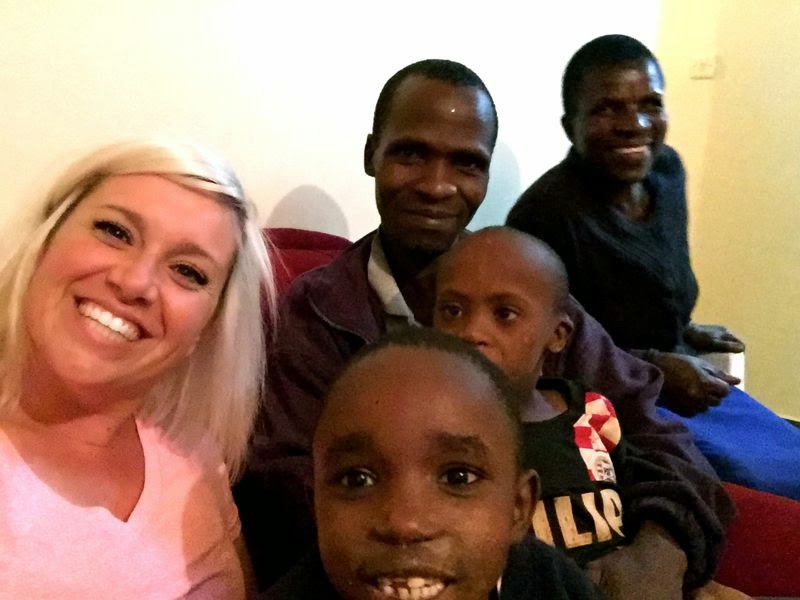 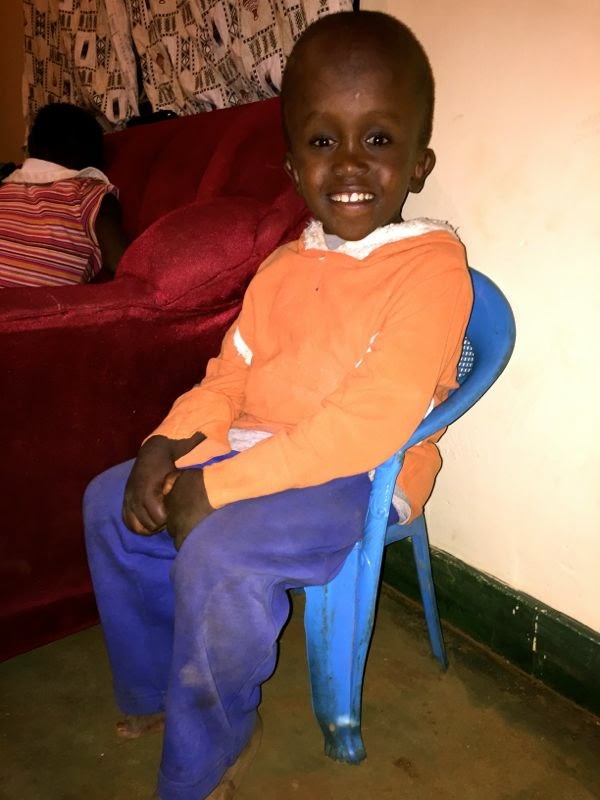 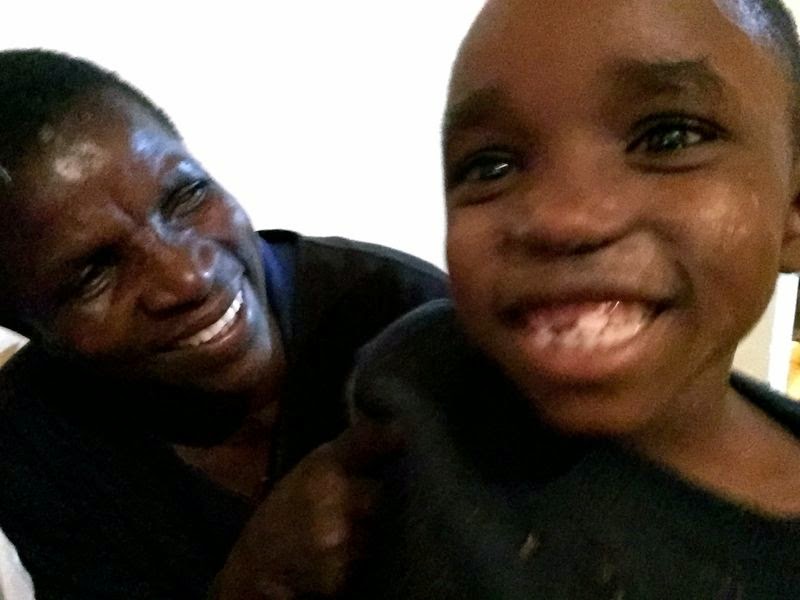 It's about 9:45pm and Sammy and I just finished the season premiere of Alias...and now Sammy is off to bed. I may spend a few more minutes writing to my High School girls (who I really love and really miss--if you're reading this!) and then grab a book and head to bed myself. We have a full day tomorrow--including a visit to Discover to Recover (a home for children infected with or effected by HIV/AIDS.) I can't wait to see those kids again!!
Posted by Allison at 10:48 AM