Celebrating Thirty-Three With Just About That Many Children

Well, Happy Birthday to me. At the end of last month, I turned 33 and spent the day with so many people I love, doing so many of the things I love. This was not my first birthday in Kenya, {I also celebrated my 26th and 27th birthdays here.} so I have become a bit of an expert at planning a celebration that includes special treats and dozens of children.

I started the day with phone calls from each of my parents {which is consistent with my previous birthdays here--each trying to call early enough to be first, but not wake me.} My mom was on vacation with my Grandpa, Aunt, and her fiancee, so I was able to talk to all of them too!

The morning began slowly--with coffee and oatmeal and a bit of Netflix--before we jumped in to the fun chaos of the day. My birthday was also graduation at the primary school many of Sammy's kids attend, so I headed over to watch as they sang, danced, and acted in skits. I was even given a Parent badge as I entered, which, while honoring, also pressured me in to acting interested and plotting a polite {and sneaky} way to leave early. 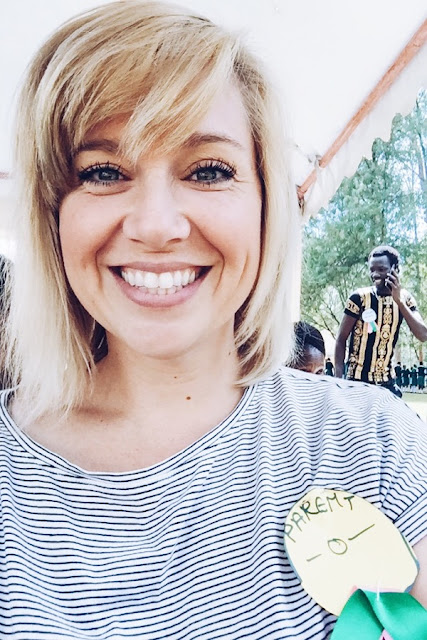 We arrive on time, of course, and the graduation started an hour late, of course. So we had some time to kill. I used it to teach the girls about the genius of the PartyParty app. 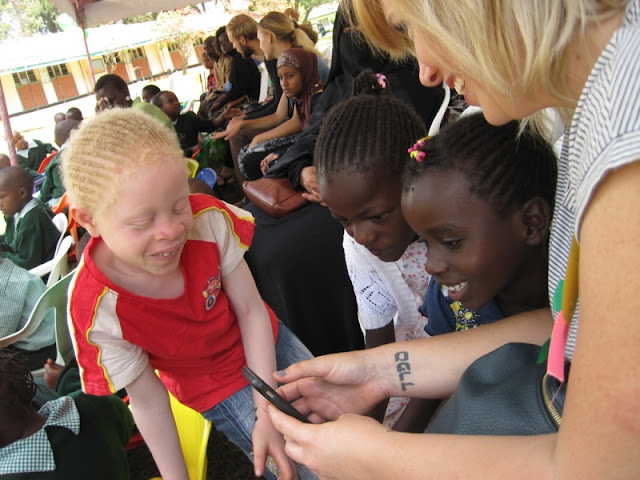 And give some fake tattoos. {They really wanted to match.} 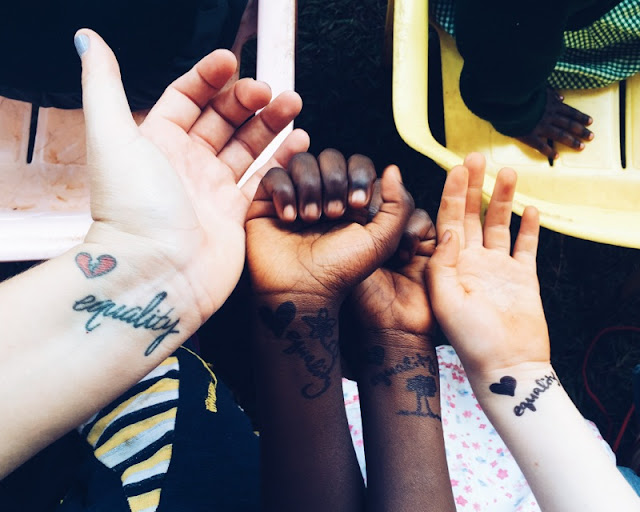 The ceremony began adorably with a parade of baby class graduates--small kids decked out in garland--slowly marching across the field. 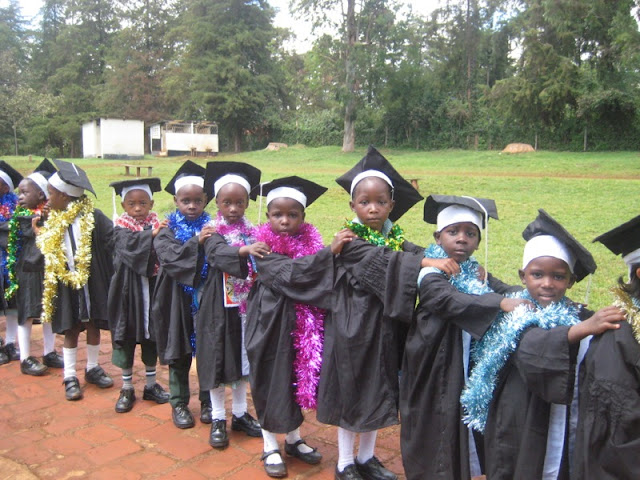 Then each class honored the graduating 8th graders with a skit, poem, song, and/or dance. 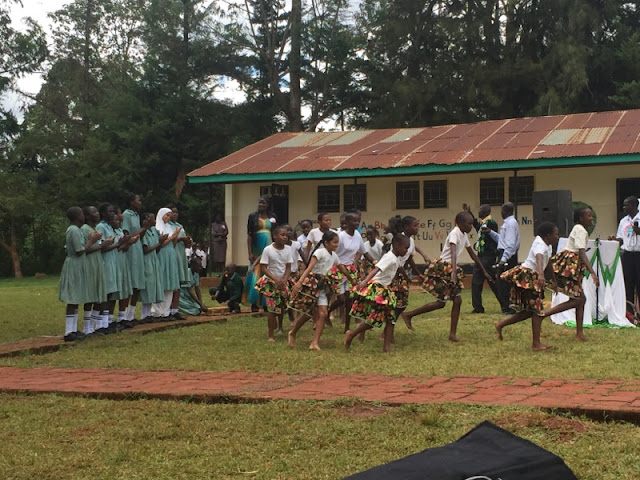 Fortunately for us, the final number was loud enough to cover the sound of our getaway, so we snuck out in pairs and headed off to part two of the birthday celebration: chicken and chips in town!

But first, one more important lesson: the ridiculous art of mirror selfies. {I feel like a comedic genius when I show these girls small tricks like this that they've never seen before. They could have done this for an  hour.} 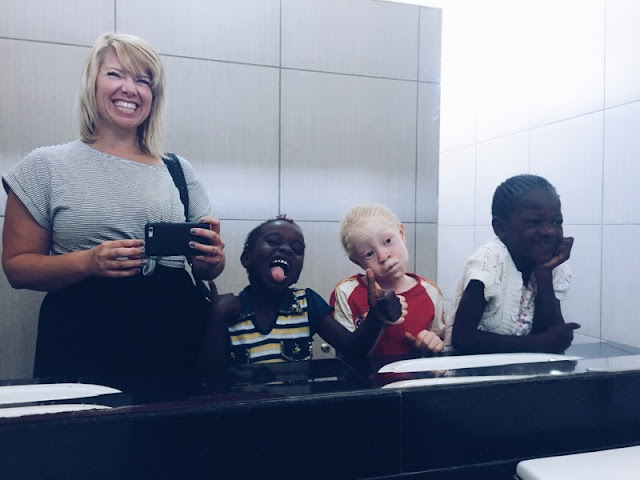 A huge, super delicious iced coffee to go along with my lunch. 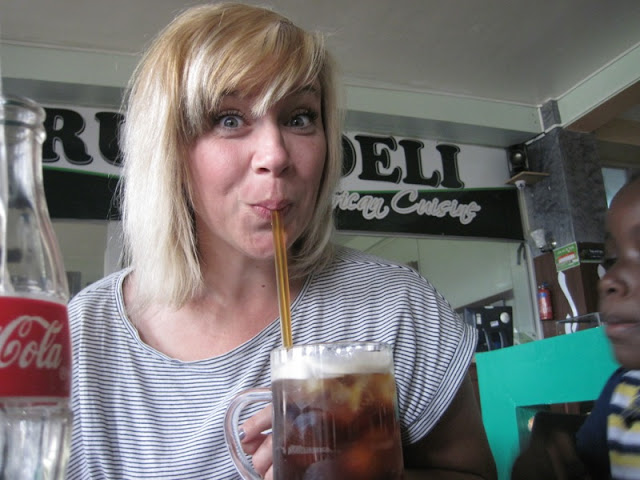 After lunch, we headed to the grocery store to pick up the cakes I had ordered the day before. {A special birthday gift from my mom!} It takes two cakes to feed 30 children and 10 adults. 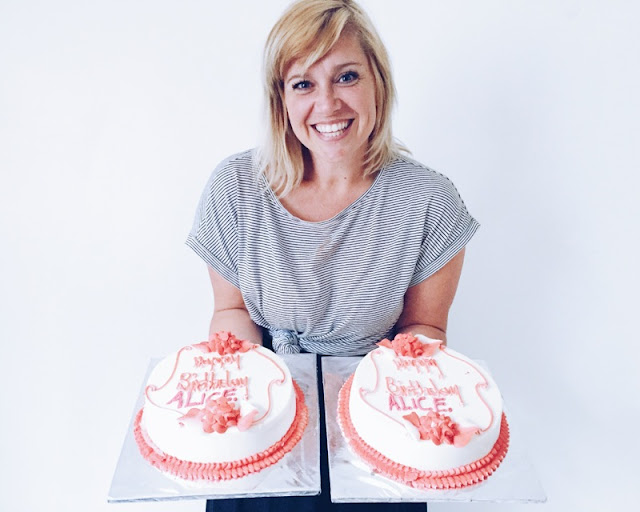 We got caught in a bit of a rainstorm on our way back to the kid's house, which meant we arrived to a stir-crazy kids and no electricity. Typically, in this situation, putting on a movie during the rainstorm will calm them down a bit, but, this afternoon, there was really only one thing to do: have a dance party! {Which was followed by about six rounds of "Happy Birthday"} 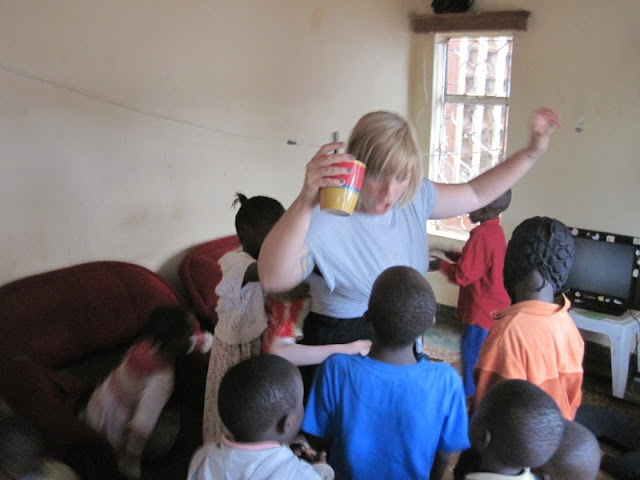 After I was sufficiently exhausted and had done my best to calm down the kids that I had only served to further rile-up, we headed home for a brief break before dinner.

Sammy, Nathan, and I had dinner at the local Chinese food restaurant {chicken fried noodles and egg rolls were exactly what I wanted for my birthday!} and then, during yet another rainstorm, made our way back to the kid's house.

When we walked in, we were bombarded by kids who had been waiting all day for cake. So, we got right down to it. Sammy has excelled in 'cake-cutting-for-children', so she and Pascal worked to make the cake last as long as possible. Each kid had two or three small pieces and was over-the-moon excited as each round made its way through the sitting room. 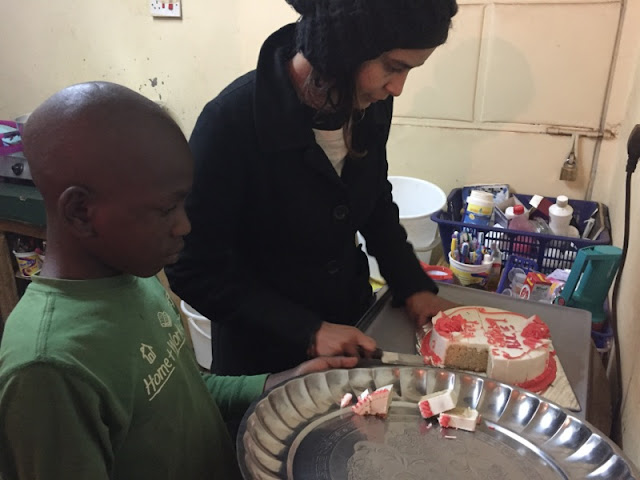 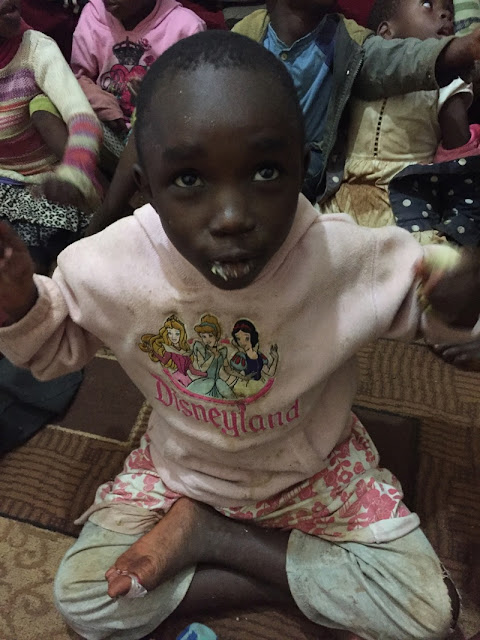 During the week of my birthday, Suzie had started giving kisses on the cheek. About half end with a bite, but it's still very sweet. 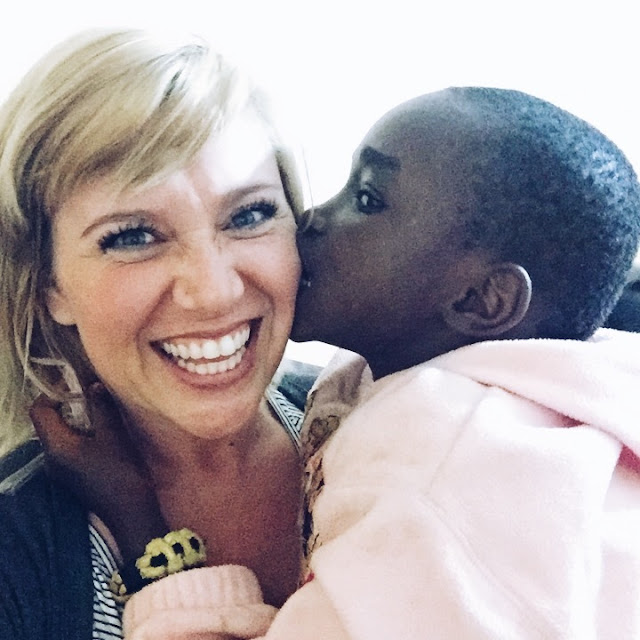 We finished the night with one more screening of Jurassic World--which never fails to silence the entire house {which is really saying something after two rainstorms, a power outage, and two pieces of cake each!}

Iced coffee, chicken and fries, dance parties, cake, singing, dinosaur movies...all things I love. When these things are combined with a few dozen of my favorite Kenyan kids, it's a pretty unbeatable way to celebrate the beginning of a new year!
Posted by Allison at 10:39 PM