Last week, I posted about the four boys who now have their own home. (Read the story here.) At the end of the post, I shared that we made a secret visit to their school to pay their outstanding school fees to ensure that they will receive their certificates in January. (Which will be an important part of applying for colleges or even some jobs.)

I'm not sure why I didn't include these photos in that post, but here they are now.

I try to take a kid or two with me on most errands because it's more fun than going alone and they are always so excited to take a car ride. This afternoon, as I was getting in the car, Moses was standing by my door and gesturing like he'd like to get inside. When I asked if he wanted to go, he grunted in agreement. When I scooped him up and set him in the front seat, he squealed with joy and waved at all of the other kids. We also brought two other boys who had been begging to come along, knowing this would be quick and not too crazy to have multiple kids with us. 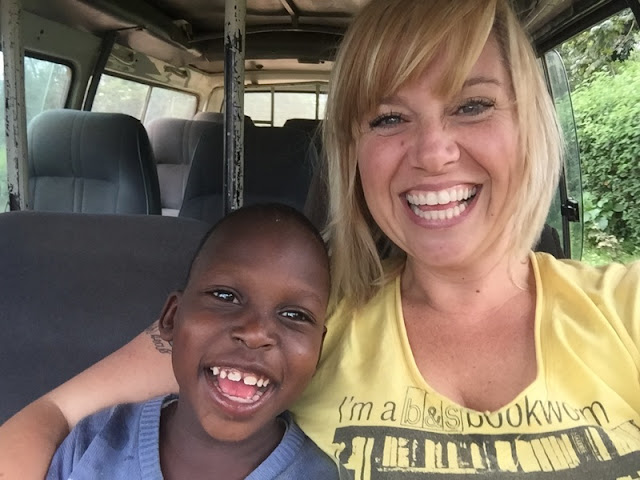 We sat in the office--pretending the stapler was a crocodile and chomping at Moses' arms, legs, and cheeks--while the school bursar filled out the proper paperwork. 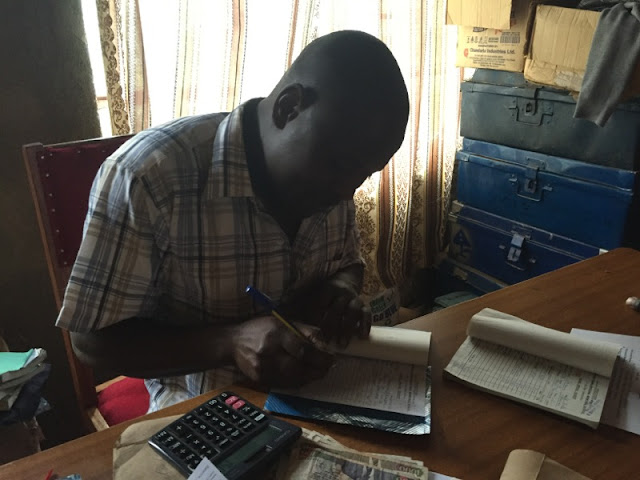 Mike offered to come with me, since this is his Alma Mater and he knows the staff. I knew it would make it easier to communicate--and Mike knows how to drive a car down a super muddy steep hill...and I do not.

When we passed this classroom he said it was his old Form Four (senior year) room, so we stopped to take a picture. 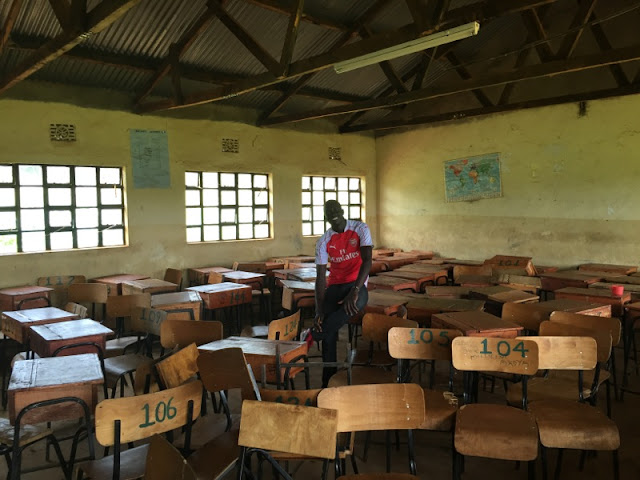 Moses carried our receipts back to the car. 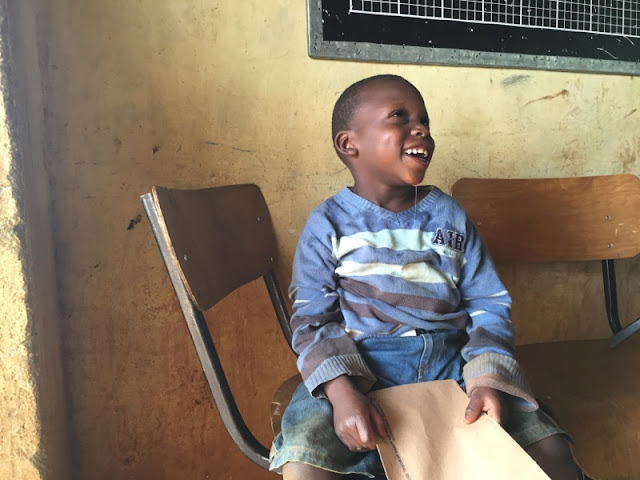 And then helped Mike drive the car home. He was so excited about it. (And one of the boys in the back thought he was really driving and could not believe that he knew how!) 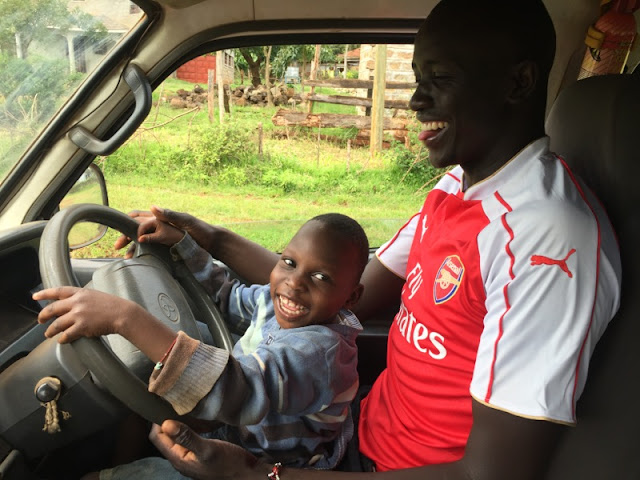 The boys came by Sammy's place a few days later to say thank you. They had gone to the school to make a small payment on their balance and found it was all taken care of. They were surprised and very grateful. 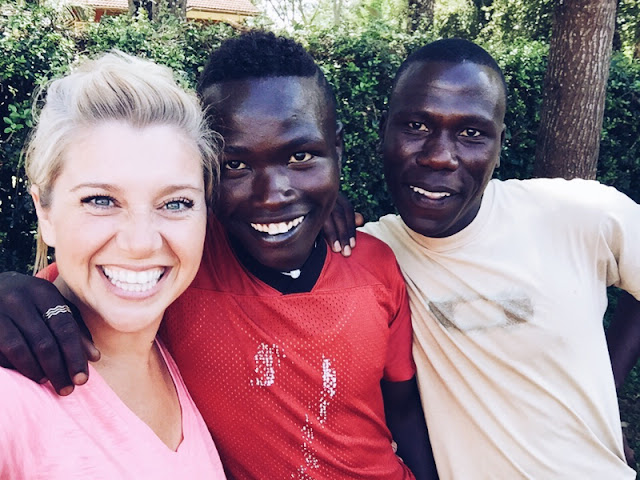 Thank you, again, to those of you who have donated. You have made surprises like this possible!
Posted by Allison at 5:15 AM