Yesterday, we made three deliveries in a community called Namanjalala {about fifteen minutes outside of town.} I loved making deliveries before this, but the responses from these women have been the best by far!

Ready to meet them?!

These two loving grandparents care for their seven grandchildren. One of them, David, has severe autism. There is a special place in my heart for David since he behaves very much like Suzie; he is a sweet boy who loves to run, jump, and dance around the room. Also, like Suzie, he cannot speak.

His grandparents are doing their very best to meet the needs of each of the children, but it is becoming increasingly more difficult to keep up with both the financial and physical demands of growing children as they themselves are aging. 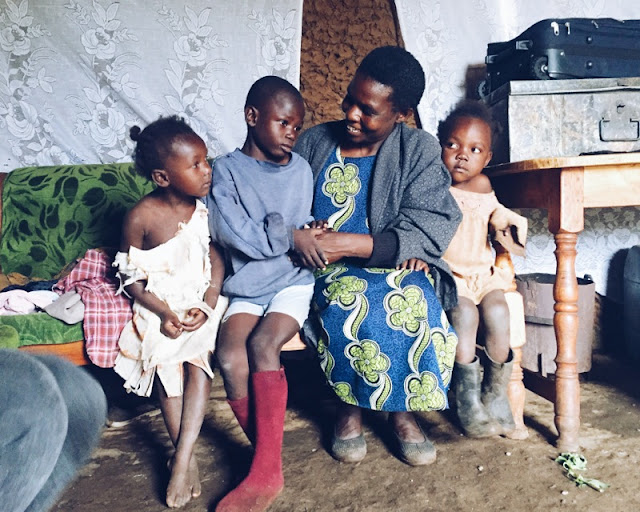 We went for a visit a few weeks ago, to see what would work best for their family and schedules, and the grandmother was so excited to hear that it was an option for her to begin a shop. She said a neighbor used to run a small shop outside of their gate, but had recently left. This meant not only that the local competition was gone, but also that there was an unused wooden store waiting right out front for her! She can be close enough to the house to make sure the kids don't cause too much trouble, while also bringing additional income to the household.

We dropped by yesterday to deliver the items, but she was running an errand, so we left the pieces and a message. She called last night to say thank you. She started with, "Oh I was so happy to come home and see these things!" and then, after about five minutes of talking she exclaimed, "Ah! I am so happy!" I am really looking forward to watching this family thrive.

FAMILY #2: Mama Do
{read the start of her story here.}

While visiting NyaNya David, Mama Bram walked out to the car to tell Sammy that there was a family she should come and meet because the youngest son has a club foot and the oldest daughter has a bad infection in her leg. We trampled through plants and mud to meet Do and his family. Unfortunately, we did not meet his mom that day, but came to find out that she is a single mother with six children, so we knew right away we wanted to do something to help.

The following week, Mama Do {Claire} brought her eldest and youngest children to the Kijabe Clinic. But, due to the overwhelming amount of people--and lines--at the clinic, we still did not have a chance to explain our plan.

We just decided to surprise her!

Yesterday, we showed up at her house. Claire sat and talked with Sammy as I worked with the motorcycle taxi driver to bring the chicken coop through the plants and mud to her home. It was quite a task and I could not have been more grateful that he agreed to help and we did not have to carry it the entire way from the main road!


Mama Do's home...she stays here with five of her children 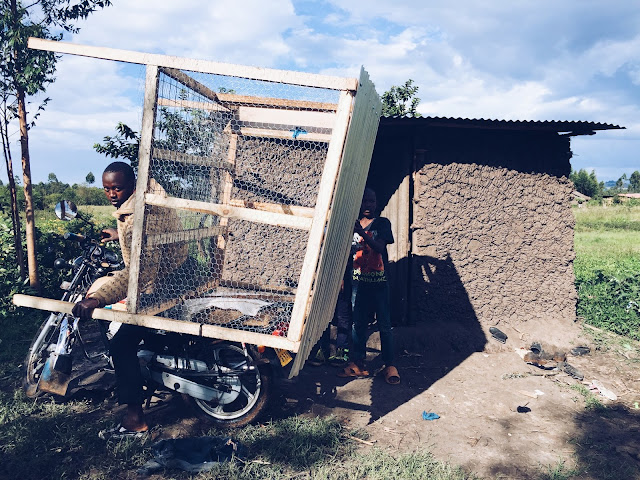 Hillary "helping" the driver as well. 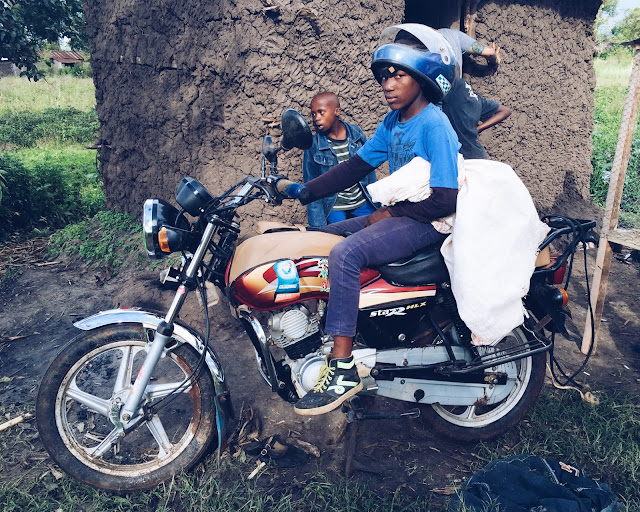 I poked my head inside and asked Claire, "Is this spot okay for the coop?"

She looked at me, confused, and followed me outside. She took one look at the coop and said, "Whose is this?"

Still confused, she looked at me again and said, "Well, I don't know who gave it to me..."

And she laughed and hugged me and said thank you about six times. She was so, so sweet. And very, very surprised! {Chickens and Roosters are more expensive in the lead-up to Christmas, so we told her the animals will be delivered in January.} 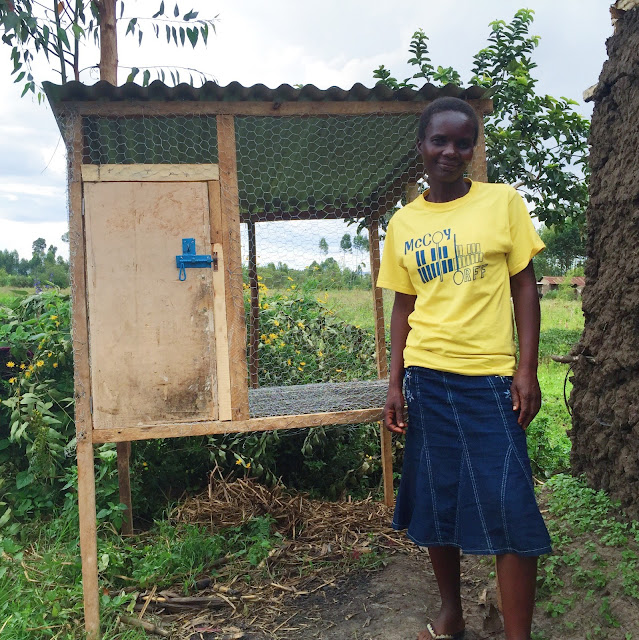 Claire and three of her children 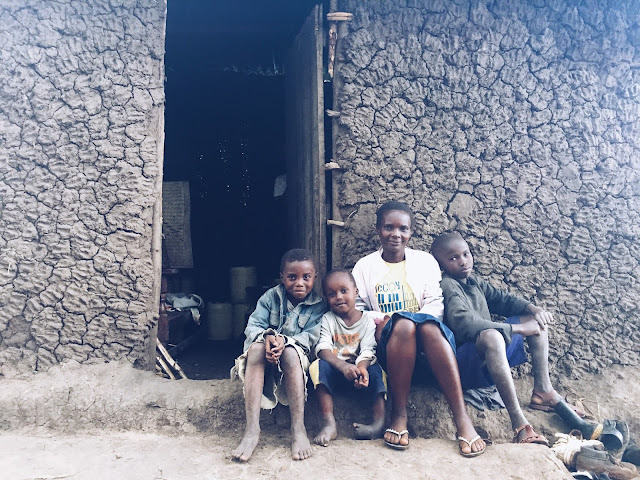 It's no secret that Bram is, easily, one of my favorites. As Sammy has been telling me the stories of each of the Precious Kids Center residents, she mentioned that, on Bram's first night at her house, he ate three bowls of food. Halfway through the meal, he looked up at her and said, "Sometimes there's no food at our house."

So I was really looking forward to meeting his mom to see if there was something we could do to give the family a small "leg-up". 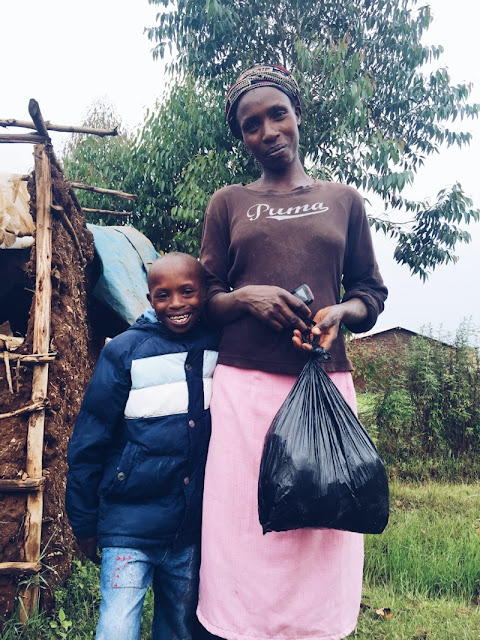 The first afternoon we visited her neighborhood, she was very soft spoken, but also very kind. She spoke to Sammy in a low voice (almost a whisper) so I could not make out much of what she was saying, but Sammy relayed that she said she would also like to run a small store. Because she lives close to NyaNya David, we decided her store should be more like a vegetable stand than household items like NyaNya David.

So, yesterday, we went back to deliver beans, maize, and charcoal. As we walked toward her home and she began to give directions by pointing further and further away, I asked the motorcycle taxi driver if, once he offloaded the chicken coop, he might be willing to make another trip with the heavy bags of food and charcoal. He, graciously, agreed. (Don't worry, we surprised him with a nice tip for all of his hard work--and for sparing all of us the hard work!)

On our way to her house, a group of her neighborhood ladies stopped to greet Bram. They then asked to have their pictures taken with me and Sammy. When it was my turn, the woman in red said she'd like to be "greeting me in the photo" and, later, I saw that the women kneeling is also holding on to my skirt for balance. It's no wonder I'm laughing while all of this is going on! 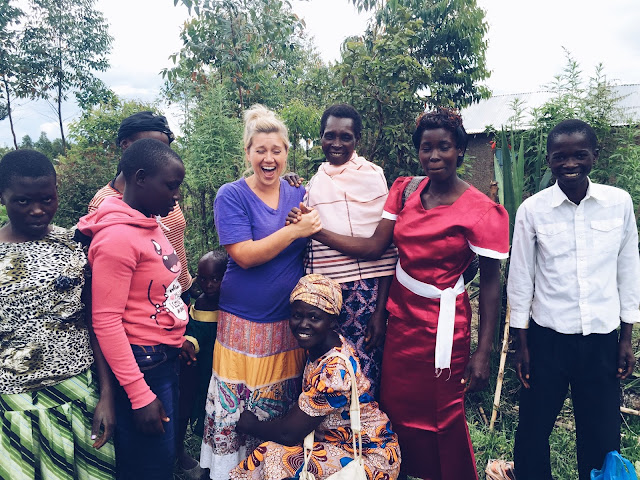 Once the items were offloaded into the house, we thanked the driver again and he went on his way. (He saw the money and excitedly said to one of Sammy's boys, "Wow! Thank you! I'm done working for the day now! I'm just going to go straight home!")

I asked Mama Bram if I could take a picture of her with her children. I had thought only a few were at home, but she went outside and began pointing through the crowd and, soon enough, they were lined-up in front of their home. Six of her seven children (all but her firstborn.) Don't they all look alike?! (And, of course, Bram is always ready to pose for a picture!) 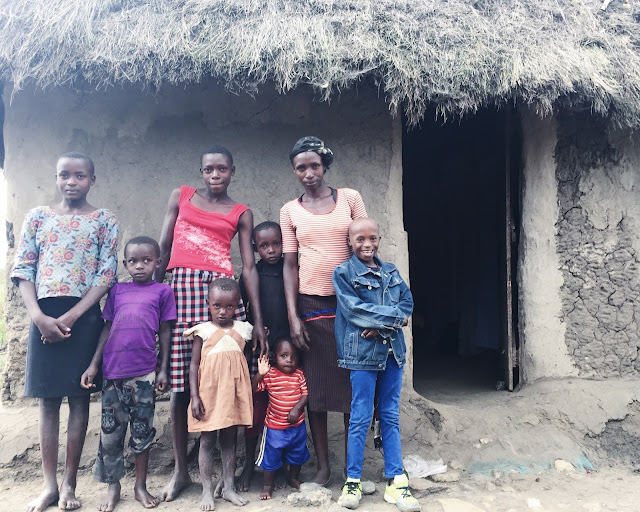 Mama Bram continued to say, "Thank you! God Bless You so much!" throughout our visit. She and Mama Do followed us out to the car to say goodbye and 'thank you' once more.

It is often so heartbreaking to see the homes of many of these families. Many days, I struggle to see how a good God can allow families to live in such a way that their children die of starvation.

But, amidst all of this, I have also seen the beauty of the Church. I have heard--and seen in action--the people of God choosing to be part of the restoration story He is writing world-wide. Through medical clinics, rehabilitation care facilities, street kid programs, children homes, food distributions, pastor's conferences, women's events, and, I believe, even through these small gifts of new business opportunities, I have seen the Church--locally and globally--come together to serve and care for these people. It doesn't make it easy to see the conditions many children grow-up in, but it helps me to recognize that God is present, He is at work, and He has not abandoned them.
Posted by Allison at 6:23 AM