On Friday morning, Moses was my buddy. He followed me all over the compound and would sit on my lap whenever I found a chair. (Also, Maureen was handing out white square-shaped stickers and really likes Moses, so he was given three. I put one on Manu's nose and it looked like a Biore face strip...obviously this was only funny to me.) 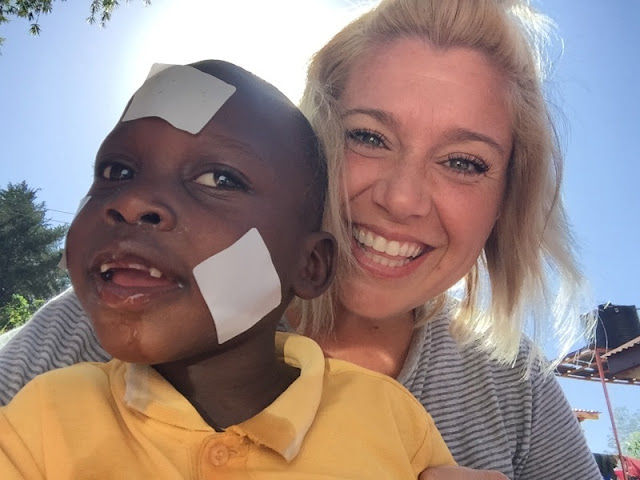 Even when I moved inside to escape the heat, Moses came along. I like to think that this one is as if I said, "If your name is Moses, say haaaaayyyy!" and this was his response. 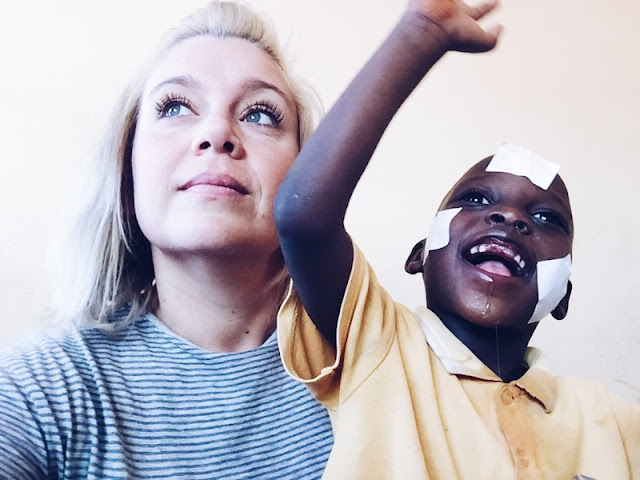 I walked around back at lunchtime and found the kids lining up to receive their plates. Isaac must have been really hungry because he couldn't get close enough to Davey. 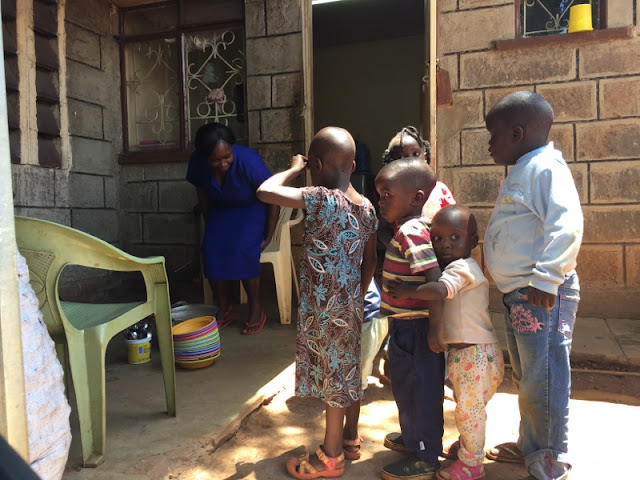 I sat and waited to collect the plates I typically take in to smaller kids (Moses, Dinah, and Manu) and Allan's food. As I waited, Willie came up and made himself comfortable. 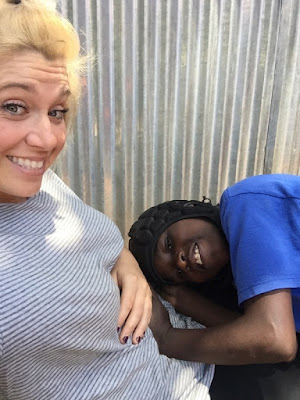 Then, the kids in line started pointing and laughing and yelling, "Look at Bramwel!" When I turned around, I saw that Bram had found Mama Shiko's hat and, though he was excited to be wearing it, couldn't keep it from covering his eyes. He struggled to even look up for this picture. 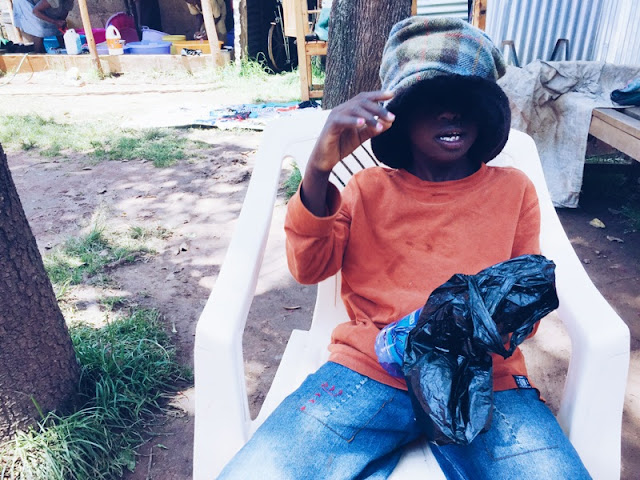 During the blanket drop, Sammy met a small street boy named Joseph and has been looking for him each day when we go to town. Since we haven't seen him since, she decided to step-up the search by enlisting the help of some of the former street boys who now live at the center. Friday after lunch, our hunt began.

But first, a stop by the new Precious Kids Center site to show a few of the boys how far the property has come and to give Sammy a chance to talk to the land-owner about a very cool upcoming project (Read all about it on her blog.)

When we unloaded, the boys went straight to the pump well. Only Pascal had enough patience to stick with it until water came out. 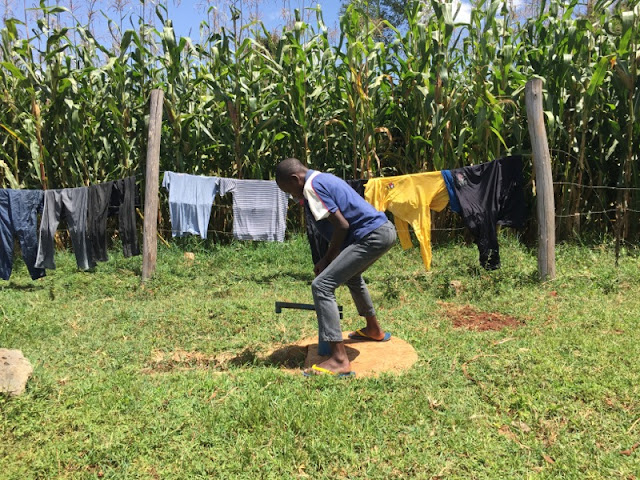 The three boys ran in to what will be the living room and immediately started planning where the TV should go, where the couches will be, etc. Sammy joined them, both in the room and in the dreaming, and then told them she's hopeful that they will be able to move in to this home when school closes in November. They were all very excited! 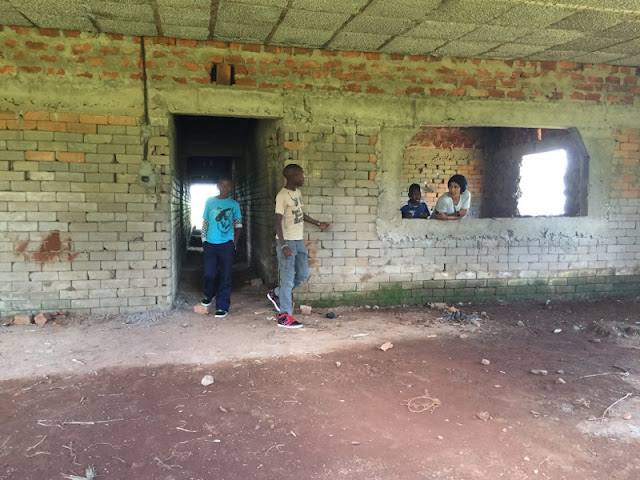 They wandered through the rest of the house, choosing their room and celebrating that the bathroom floors will be tile, before making it out back to feed the cows and wait for the landlady's arrival. 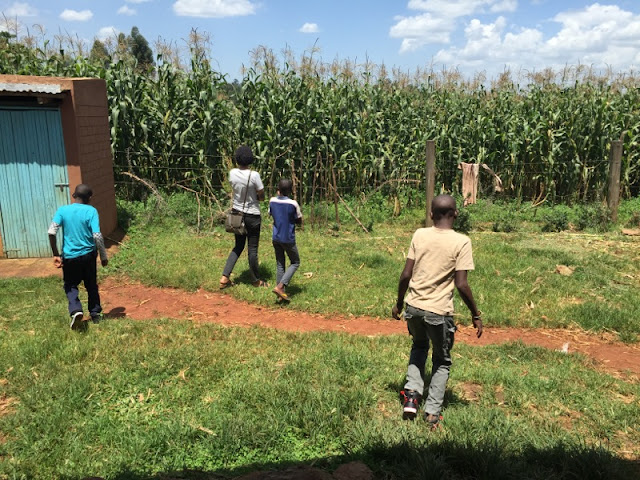 In the meantime, we took some rad pictures. 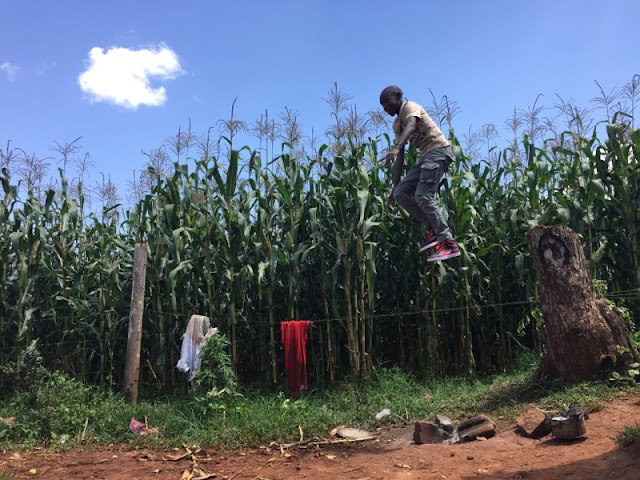 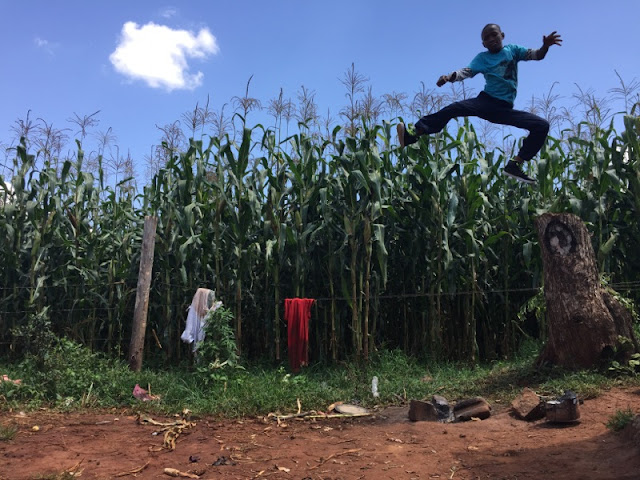 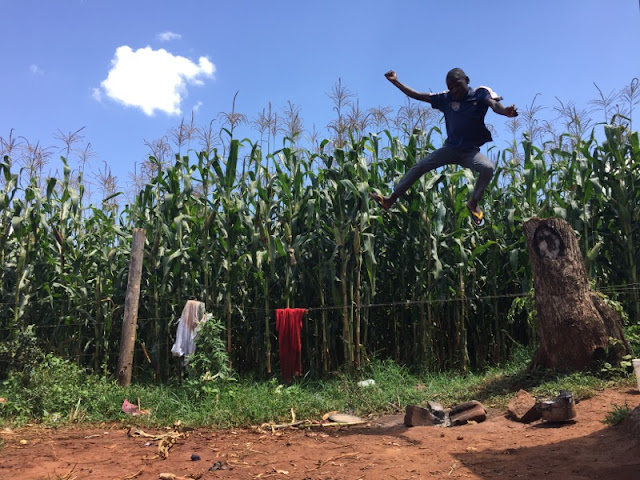 Sammy and the boys...it's really difficult to convince three teenage boys to smile at the same time. 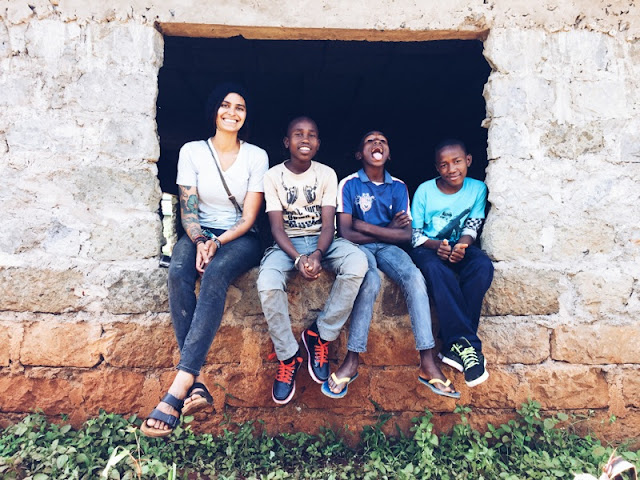 The landlady came and gave Sammy permission to take a walk around the edge of the property to get a feel for how much space is available. And off we went through the cornfield! We walked very far and very fast through the narrow space between the fields and then through some of the rows themselves.

I have to say, I've been wanting to walk through a cornfield since I got here, but have always been a little creeped out by what might be hiding in there. (Too many movies + active imagination = always prepared for some sort of attack.) 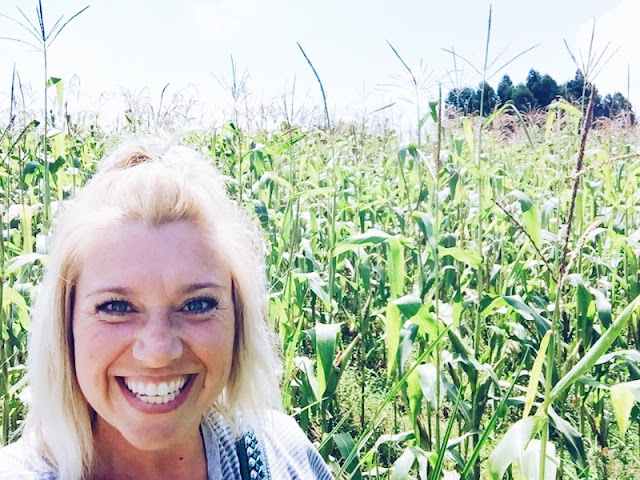 We stopped in town after leaving the cornfields and searched several of the most popular places for street boys, but were unable to find Joseph. The stories are conflicting: some kids say his mother came and took him back up North, others say it was his brother, and still others say that he was taken to the children's office. One thing is for sure: if he comes back to the streets, every boy in town will tell him that there was a van-full of people looking for him!


We brought the boys back to the center and showed off some of the photos we'd taken on our trip. I am so excited to watch (and document) as the building begins to take the shape of a home...and really, really excited to watch/help them move in!
Posted by Allison at 8:12 AM