I Successfully Hopped A Fence And Shimmied Under Barbed Wire...All In A Dress

Thursday began as normal, but turned to unexpected adventure before we knew it.

I sat down on the couch when we arrived at the center...Sammy had mentioned that there was a lot of office work to be done, so I brought a stack of school uniforms I had promised to stitch before everyone goes back to school next week.

But I never got around to them.

I was, first, distracted by this adorable child. Christine handed me her comb and giggled like crazy when I stuck it in her hair. Cyril was, clearly, not as amused. 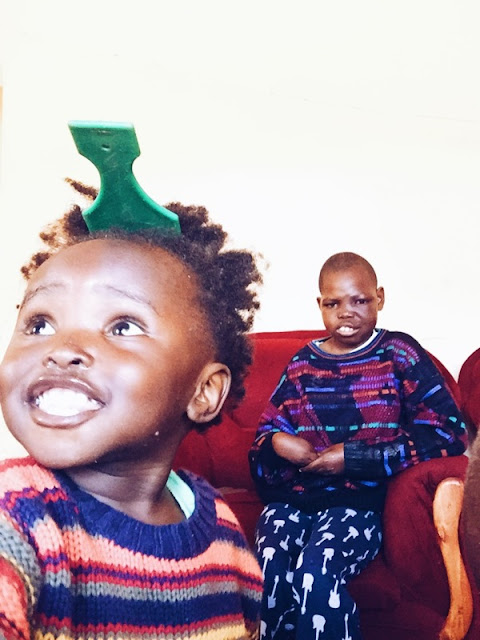 I had just pulled out a pair of torn trousers when Sammy came in to the living room with her purse and asked if I'd like to go with her and Phoebe to visit a kid in Cherangani. The one time I passed up a home visit, I heard that it was a kid I would have absolutely loved (Sammy called him the male version of Suzie)...so I've learned my lesson. I grabbed my purse and jumped in the van.

We drove for nearly an hour (mostly because we missed the turn and had to back-track) before stopping to pick up a man who would lead us to his house and introduce us to his son. This man is a security guard at a hospital in Kitale who has seen Sammy and her staff bringing kids in and out for various treatments. For months he's been asking her to come and see his son, who also has special needs.

Little did we know, once he led us to a gate at the end of a field and we got out of the van, we'd be hiking for about ten minutes (including hopping a fence and climbing under barbed wire) to get to his house. I have to say, I love these kind of surprises--even when I'm wearing a dress--and especially when a storm's-a-brewin'. 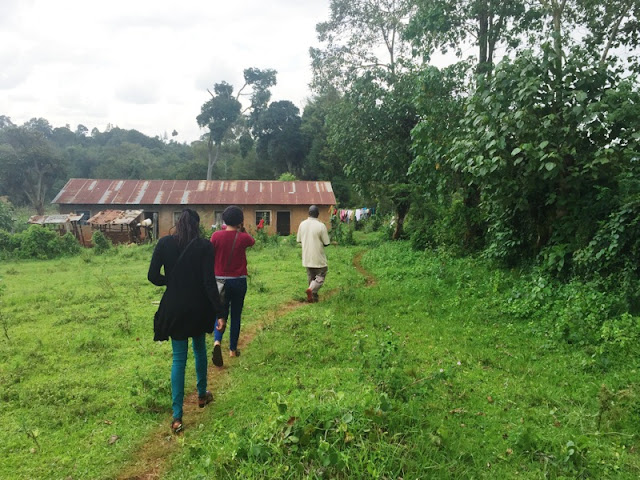 When we arrived at the house, a woman came out carrying a tall, thin boy. She set him on the ground and he looked at us with a mix of fear and curiosity, but slowly began to smile at Phoebe and Sammy. My white face and yellow hair have proven to be incredibly frightening to most of the children we've visited. It takes them a while to warm up to me--if they do at all.

Back to Lenny--that was his name, Lenny. As the parents described his symptoms to Sammy (in Swahili, so I only caught every few words) I took a few pictures. Once I showed them to Lenny, he warmed up to me a bit more.  Lenny has cerebral palsy, which limits his mobility, and his mother described some form of cleft palate located in his throat, which limits his speech and food intake.

Sammy told the parents that Precious Kids Center is currently at maximum capacity, but promised to be in touch about how she can be part of Lenny's development in the future. 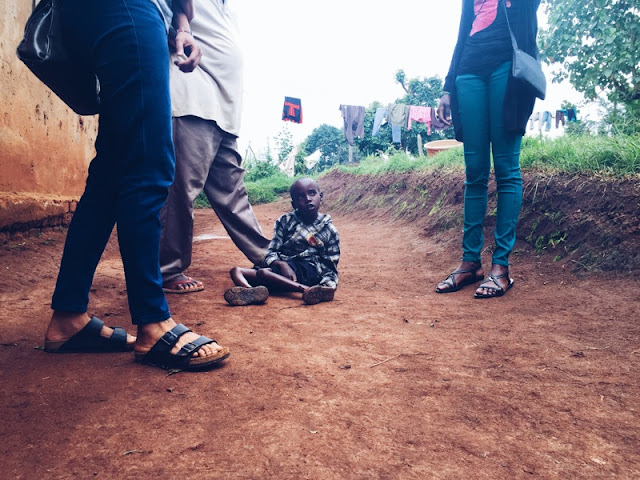 And then the rains came. So we said our goodbyes and began our walk back to the van...back under the barbed wire and over the fence...quickly. 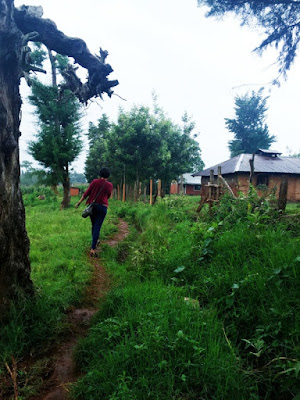 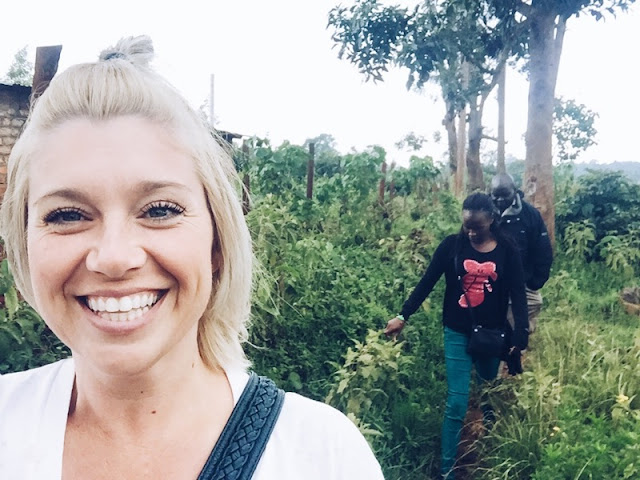 When we got home, ate lunch, and changed in to warmer (and dry!) clothes, we realized that Allan still had to go to the hospital for his fourth typhoid injection. I drove over to the kid's house expecting to pick up Allan and Phoebe, but somehow ended up with an additional six kids.

And, thus, we made an incredibly loud visit to the hospital...creating quite the scene out front. No one wanted to use the van doors--opting to climb in and out of the windows instead, Frank blasted Taylor Swift "We Are Never Ever Getting Back Together" on repeat, Lucy and Hillary jumped to pick berries from tree branches, Manu paraded around in this get-up, and Pascal was hollering at each one of them to look at the camera. 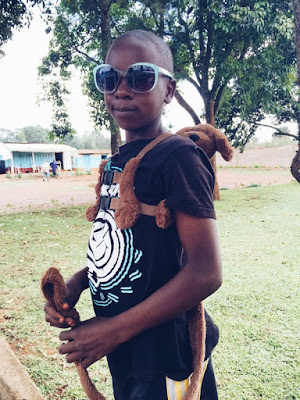 I pulled in to the center and immediately saw Bramwel flailing his arms in the window and hollering at me. Turns out he was yelling, "Hey You! Get in here! Come here!" I walked inside and he went straight to, "Where did you come from? Where's Sammy? Sit down! Take off your shoes!" I hung around for a few minutes, but then headed home for dinner...but not before taking this sweet photo. By the way, this was the only way to stop Bram from yelling more directions at me, "Hey You! Go home! Come back tomorrow! See you! Bye!" 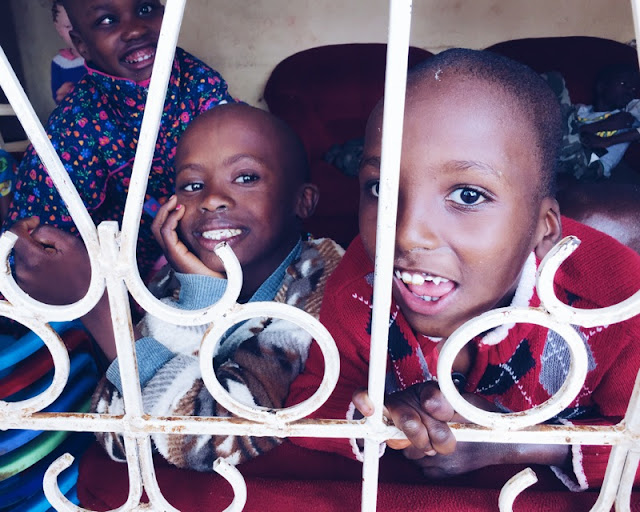 Storm's a brewin' is hilarious.
Sad to see that little boy...
So glad you are there. You make so many people happy!