We had a snuggly weekend around here. Saturday was the rainiest day we've had in a while, so we spent the majority of the day tucked inside watching a movie (well, they were watching, I was bombarded by humans.)

Even before the rain, I was unable to sit down anywhere without at least three kids on my lap. 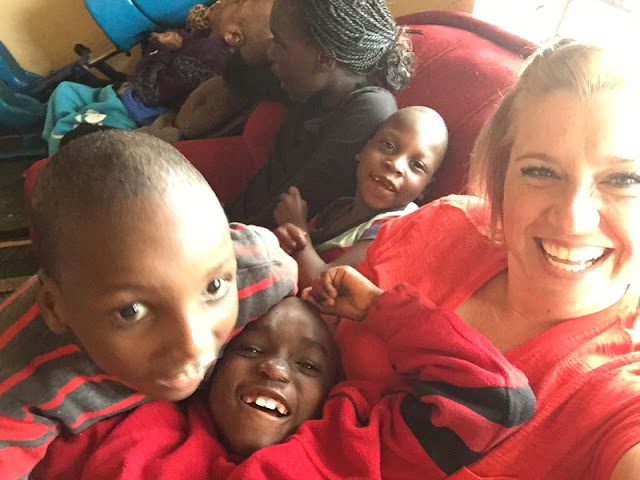 Suzie was in my very favorite outfit. I tried really hard to get a good shot of it, but she was too wrapped up in finding a way in to the car. 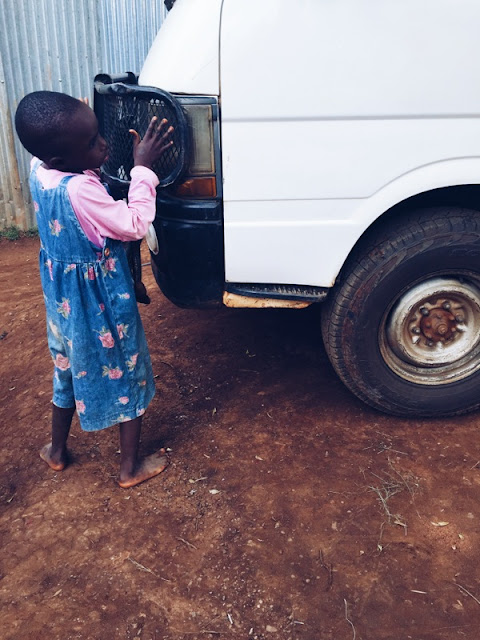 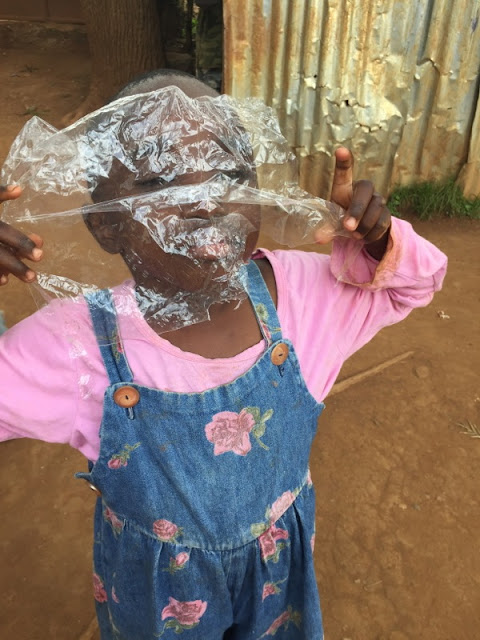 And then the rains came. And the living room filled up quickly. 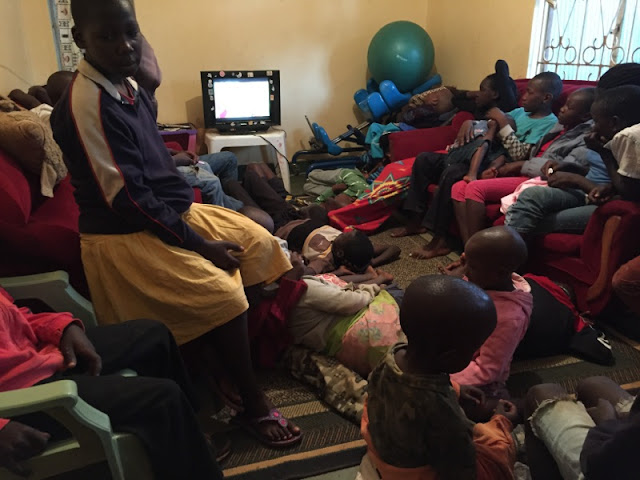 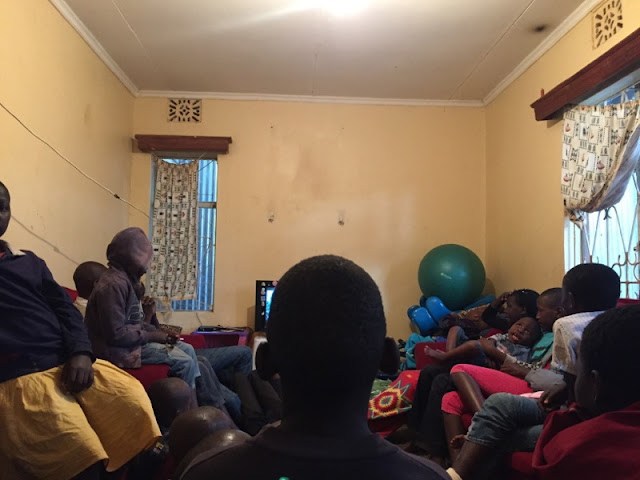 Even with all of those bodies, it was freezing...and somehow this was the one day I didn't have a jacket in my bag. So, I was lucky that so many kids wanted to snuggle--they really helped me out! 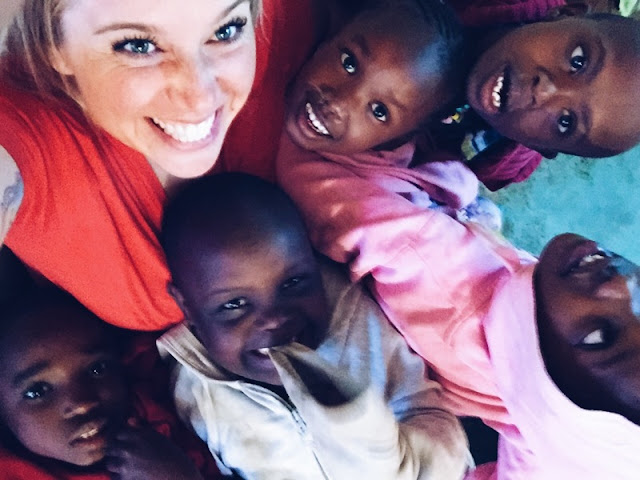 When there was a tiny break in the storm, Sammy came through to say she was going to meet Augustus' cousin (Augustus is one of the boarding school boys at Precious Kids) and then going to town for a second attempt at finding Joseph the street boy.

Thankfully, we stopped at home first, so I could grab a sweatshirt because the rain picked up again as we drove down the street. Since we were headed in that direction, we checked in on a family we'd visited with Steve's team last week (the mom had gone out of town, leaving three children home alone--we went by to make sure she'd returned. She was there!) and then stopped by to say hello to Augustus's aunt and cousins. 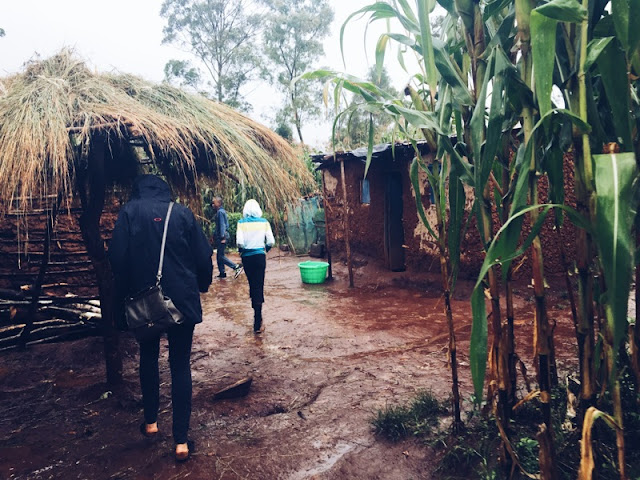 As we got to town, we saw a small crowd of street boys watching a wrestling match between two of them, in the rain. We all got out of the car and Sammy asked them if they knew Joseph. More of the same stories from Friday. 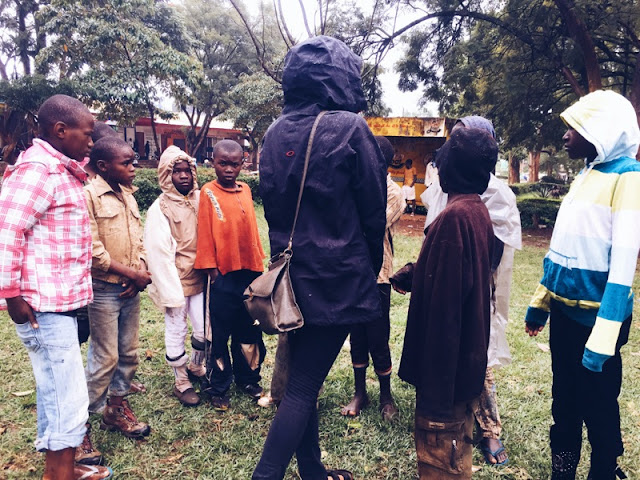 We continued to drive around town, stopping to talk with street boys we know--or looked young enough to know Joseph. Still no luck.

A highlight of the afternoon was the man who came to the window, knocked, and said, "You want to be my wife? I have a small child, do you want to be the mother? I have been looking for a nice white girl...that could be you." much to the amusement of all of the kids. I politely declined the offer.

We went home, dried off and cleaned up. (In truth, I haven't actually cleaned up since then...my legs are still speckled with mud. I wore a long skirt to church the next morning, so it wasn't really high priority.)

Sunday morning, muddy legs under my long skirt, we went to church. We brought our typical van of kids, all of whom greatly enjoyed service.

Lunch with the kids, naps, and an episode or two of Veronica Mars later and we were back for Sunday Night dinner: chapati! There is always so much more energy in the house on a Sunday, but when it's been raining all day and the power was out--watch out! Everyone was racing around the house and, soon enough, we were called outside to see three of the boys--and a bicycle--on top of the van! Of course, Sammy crawled up there too, and pulled Suzie up with them. 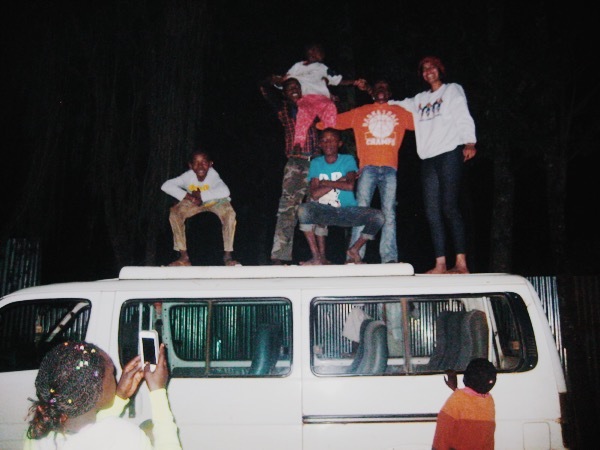 I passed the camera around all day--two fully charged batteries worth of photos later and there were about 25 that weren't blurry, grainy, or of the ground.

Maureen had taken this one. As she took it, her hand moved and I thought it would certainly be blurry...but maybe she just moved her hand to capture the ghost sitting next to me. 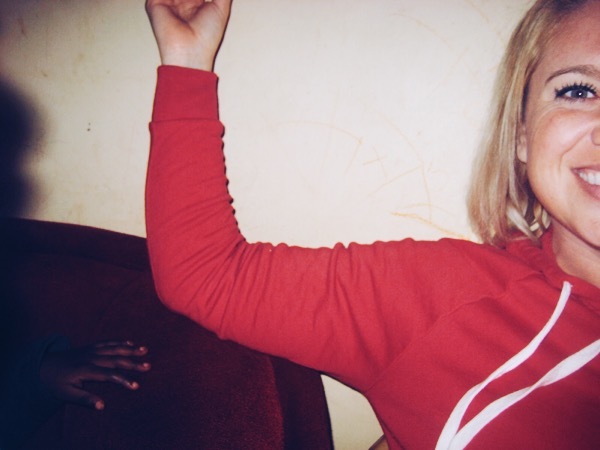 She also captured my love for chapati! 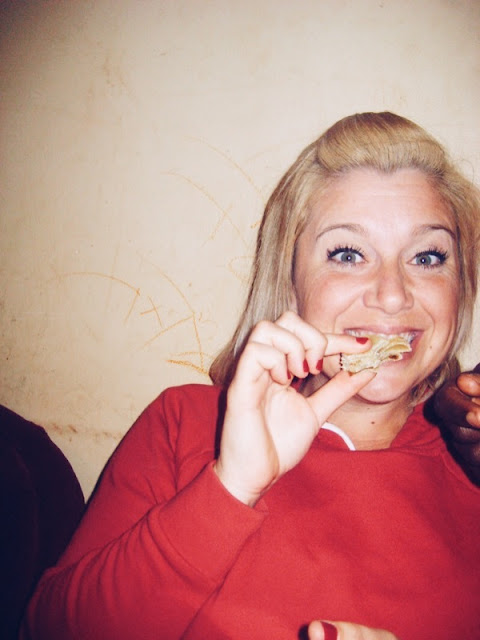 A few minutes after these photos were taken, Suzie stood up on my legs, grabbed hold of my hair, and leaned to the side nearly ripping out a handful. She, of course, giggled through the entire thing. Between Sammy and the newest house mom, they calmed her down and we all went on with the rest of our night. But honestly, I really love that kid...she can take a chunk of my hair any day.
Posted by Allison at 12:38 PM

You are hilarious. Dirty legs, pulled hair, ghost photos, marriage proposals and all!
I love you!