Home Is Wherever I'm With You

On Saturday afternoon, we set out to visit five families of children at Precious Kids Center School. Everyone knows you should not show up to someone's house empty-handed, so earlier that morning, we picked up a few items these families can not typically afford to buy on their own. 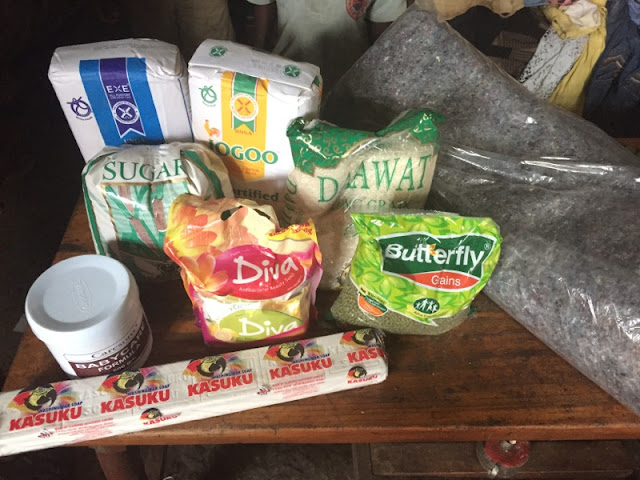 We loaded up the van with 5 bags of assorted household goods (one for each family) and one of the bigger kids from the Precious Kids Center and headed down to the local slum, Shimo La Tewa. We could have walked from the Center, (most of the kids walk to and from school each day) but we chose to drive so we could bring more items (heavier bags) to each home. Plus, in the middle of July, the likelihood of rain was high. 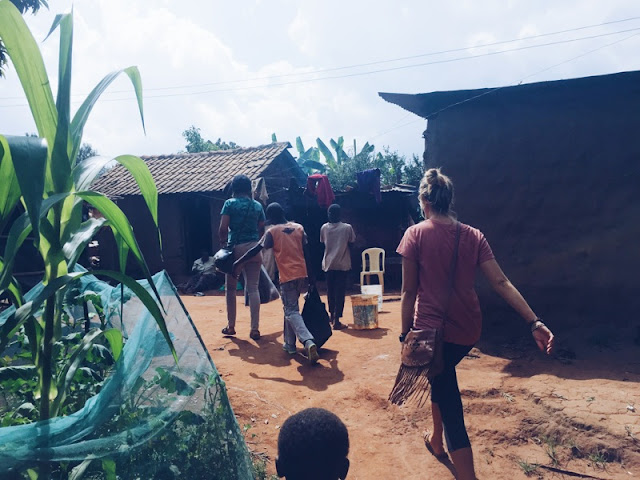 And here is Boniface's family. (Not pictured: Boniface! We missed him by 5 minutes and both his parents and Sammy said, "I bet he'll be at the center when we get back!" He showed up yesterday and asked us to please come back when he is home!) 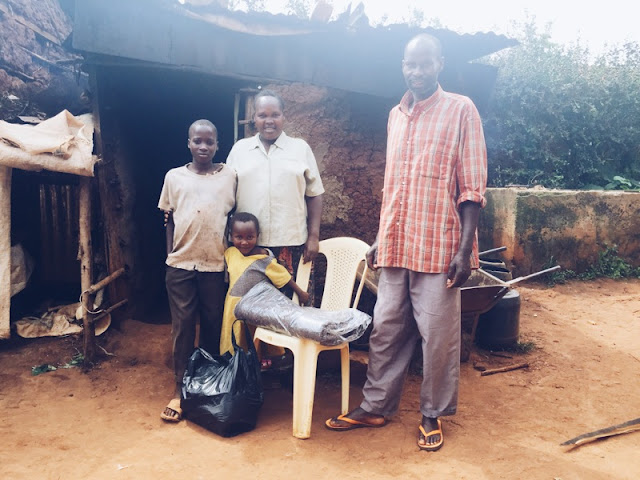 Sammy spoke with his parents for a few minutes, sharing stories of Boniface's caring heart: he comes to check on her after he's heard she was feeling sick, he prayed for the van to work one day--like actually put his hands on the broken van and prayed that it would start working. His parents shared a few of their own stories of Boniface's kind and faith-filled heart. Then we said our goodbyes, loaded up the van and were on our way to house #2.

We arrived at Home #2, where Crispin and Sammy-O live, to find them eating lunch: githeri (beans and maize) with avocado. As Sammy explained that her two guests wanted to see some of the homes of the school kids, the woman pointed to me and said, "Yes. I know her, she's been here before. I have her picture." I looked around the room at each child, not recognizing a face that would have brought me to this home before. Sammy, sensing my confusion said, "This is Rispah's mom. From Oasis of Hope!" And then I remembered! I had been there before, yeeeeears ago. But this woman recognized me and was very happy to pose the kids for another photo before we left. 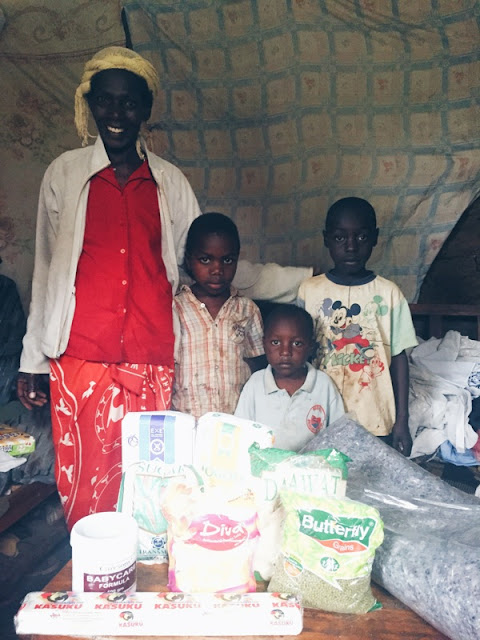 We made it to the third house as the clouds came in and it looked like rain. We found only the mother at home, but she's a mom we've worked with for quite a while, so she knew me too. Sammy asked her if she knew my name and she said, "No, but she's Cody's sister." Close enough. We left food and a promise to return for a longer visit and a family photo when school goes on break in August.

Later that evening, one of the daughters from this home called Sammy. She said, "Thank you so much! I was so hungry, and when I got home, there was food!"

House 4 was a different story altogether. At this house, we found only the youngest son playing with his friends out front. The neighbor boy let us in to the house so we could leave the gifts and we were greeted with this magnificent display! (The center had been gifted boxes of these signs. The kids each took one package home from school one day last week and this family had used it to decorate!) 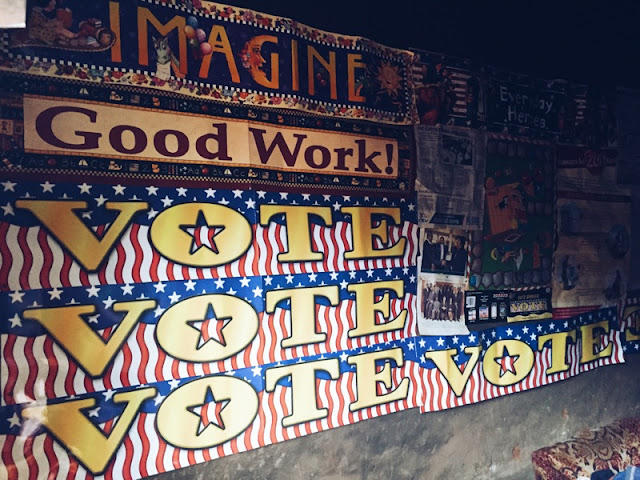 At the final stop of the Shimo tour, we were welcomed by the grandmother. She was so kind and brought us inside to talk, thanks us for the gifts, and tell Sammy about the bullies who had stopped the grand kids on their way home from school and torn up their books. Sammy told her to send the boys back to the Center and she would get them new books.

We were out of bags of food, but on a roll with home visits, so we headed over to find a mother that Sammy met at the hospital. We stopped near the area, but we didn't know her exact home, so we asked around. They directed us to this small market and she walked out of the crowd and jumped in the car. 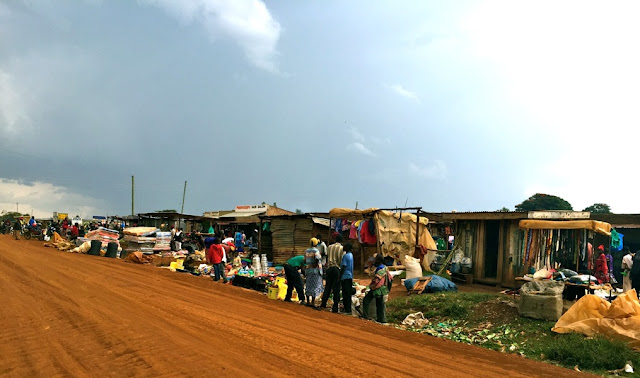 As we turned the van around, we saw Manu's dad. Manu took this photo through the car window and told him we'd meet him at their house after we made one stop. 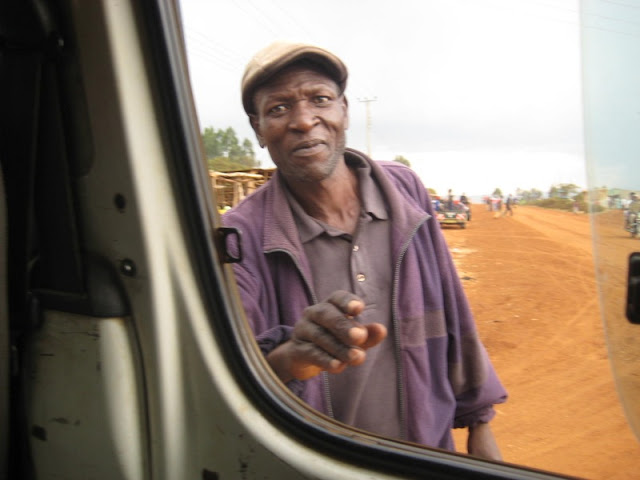 The woman who joined us has a son who was born with intestinal issues and should use a colostomy bag while the doctors try to fix the problem, but the mother can't afford the bags. Sammy talked with her to see if there are ways we can help her and her son.

Then we turned off the main road and in to the village where Manu grew up. Due to his epilepsy and his family's lack of funds and ability to care for him, he moved in to the Precious Kid Center nearly two years ago.

His mom invited us in to chat while Manu took photos of the neighborhood kids outside. (He also took this shot of us in the living room.) 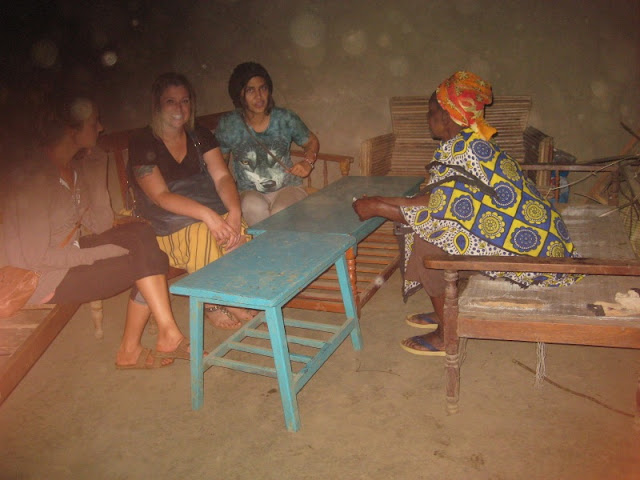 Manu and his family. (His parents, younger siblings, and nieces and nephews.) 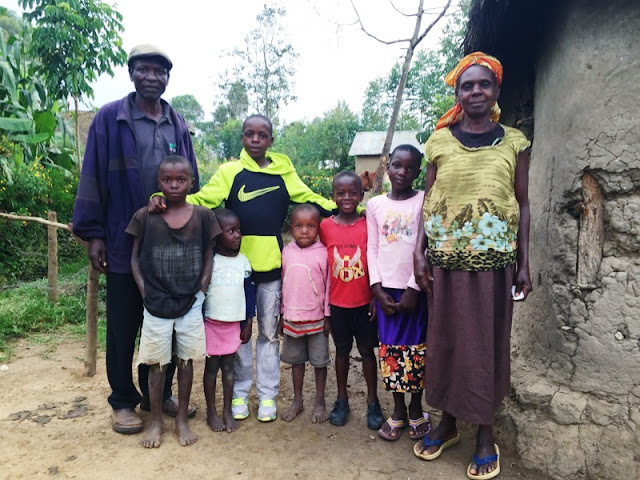 On our way back to the van, Sammy saw a little boy she'd met months ago, had been searching for, but hadn't been able to track down. And there he was! Just sitting with his mother outside of their home right near the road we were walking on! His name is Victor. He has severe epilepsy and cerebral palsy, his mother is a single mom who works full time and can not provide the care or medicine he needs. Sammy has been working with Victor's mom to potentially move him to the Center. (He's really, really cute...so there are definitely more pictures and stories of him to come! And that's a promise!) 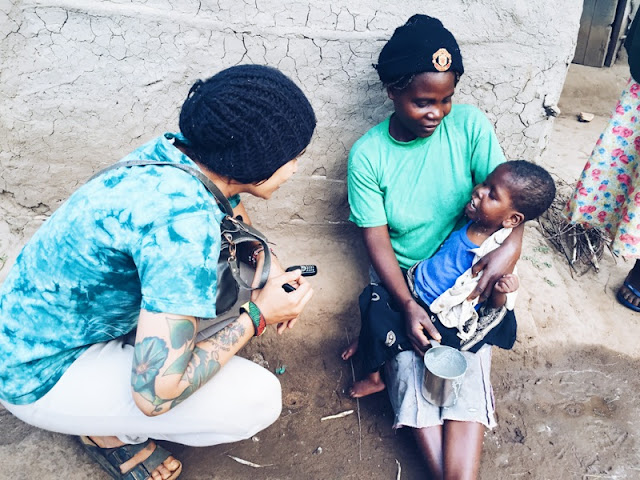