A Lazy Saturday. Or Souvenir Shopping And My Brand New Sweatsuit

Saturday morning began with a trip to town to say hello to all of the shop owners we'd not yet seen. We pulled in to a spot and, as we gathered our things, heard a knock on the window. I looked over and saw my dear friend P.I.G. (Peter is Great.) He grew up on the streets of Kitale and was a big part of Oasis of Hope (a drop-in center for street kids) for years. Now, he is married and works as a carrier for a local market, but he's hoping to get his driver's license and become a driver someday soon. 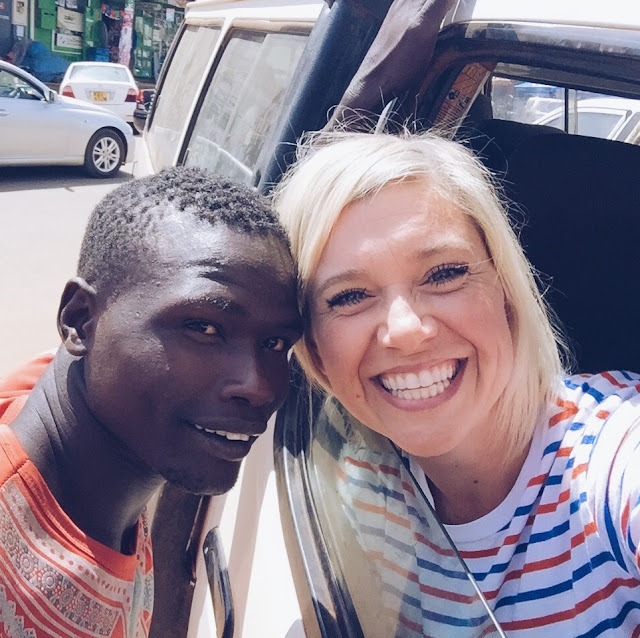 We stopped by three shops to see the owners and finished with the bookstore, Kitale 2000, where my dear friends, Deeptha and Praddip invited us for dinner at their house this week. They are the kindest, most hospitable friends. When Sunny and I drove away, she was thrilled at the idea of homemade Indian food--and even more so when she found out they, too, are vegetarians!

We had very few plans for our Saturday--except, of course, to take some kids to lunch. Willy had been seizing quite a bit since lunch on Friday, so he was a little out-of-it Saturday morning. He was lounging on a mat outside while the house moms prepared the day's meals. Suzie and I sat with him for awhile talking about how fun lunch had been the day before. 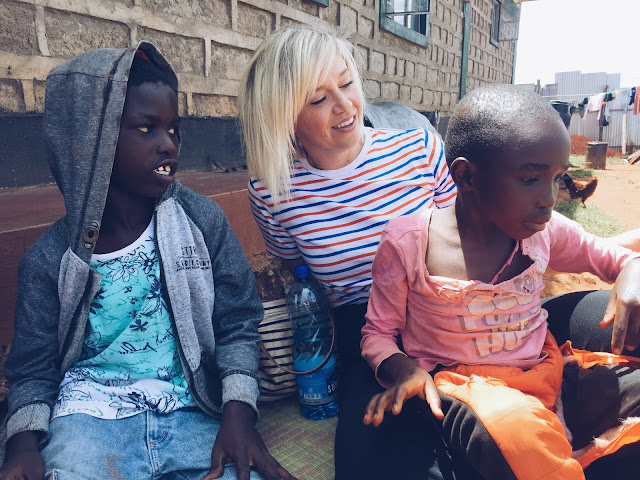 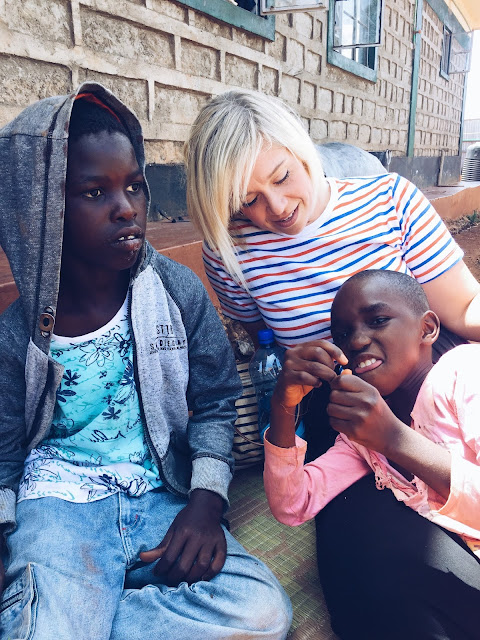 At one point, Willy asked me where "the other Allison" was, so we called Sunny out to join us. When she sat down, Suzie jumped out of my lap and in to hers. Sunny was honored! 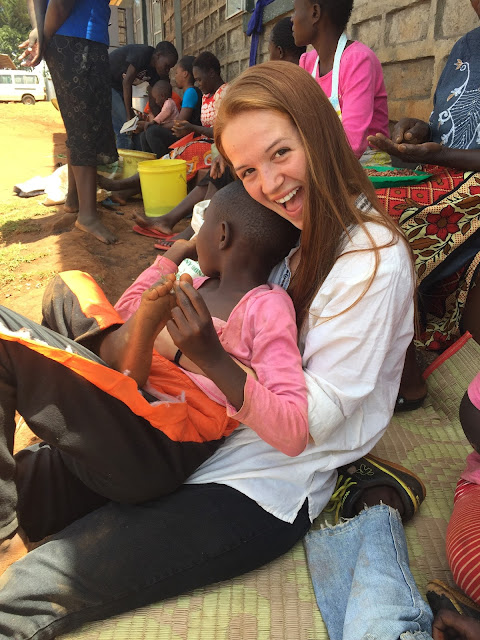 So many ladies I love all in one place! 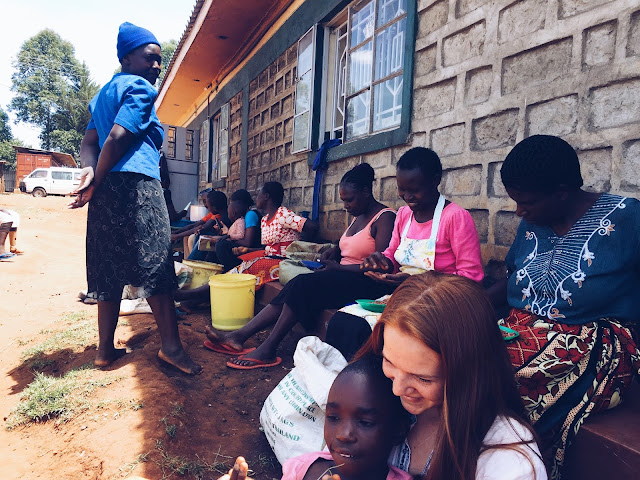 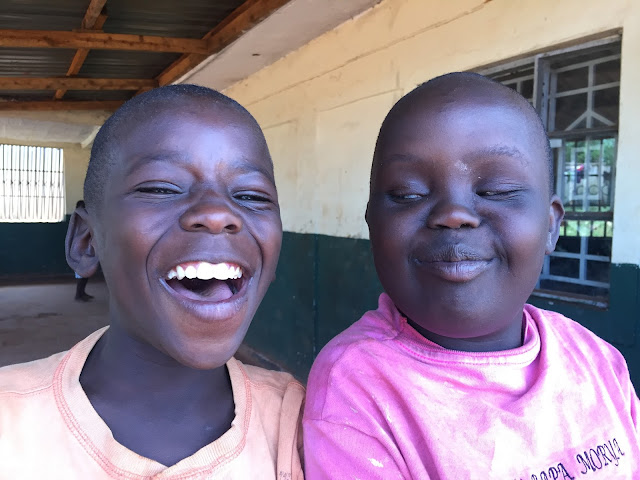 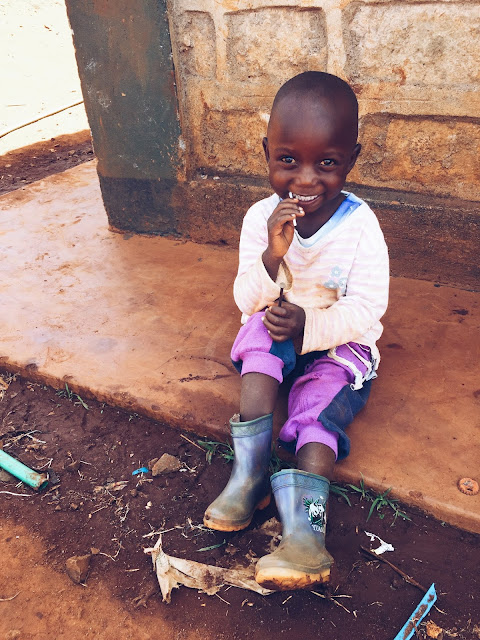 John, a little blind boy, was found abandoned in town and came to live at PKC. When Sammy sent me his photos a few months ago I burst in to tears--and would cry every time I looked at them--I love him! I was really looking forward to meeting him in-person. He is constantly giggling, squealing, and jumping. He often plays on his own, but also has a great buddy, Lenny, who has cerebral palsy and is non-verbal...watching those two play together is adorable!

On Saturday afternoon, John had wandered out to the yard and found a giant stone. He held it in his lap, flipped it around, and made a high-pitch delighted squeal as he played with it. 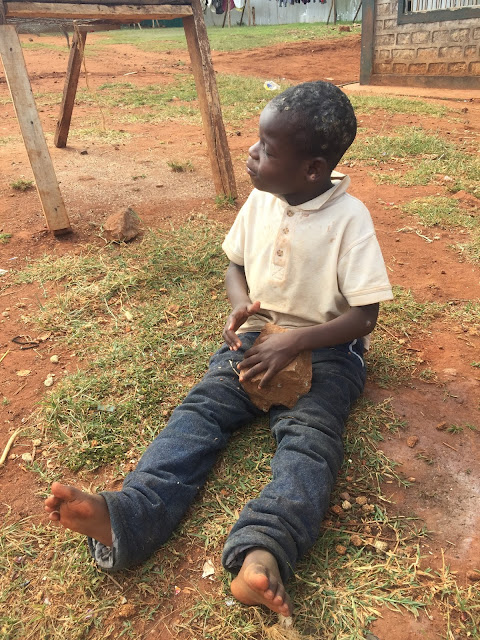 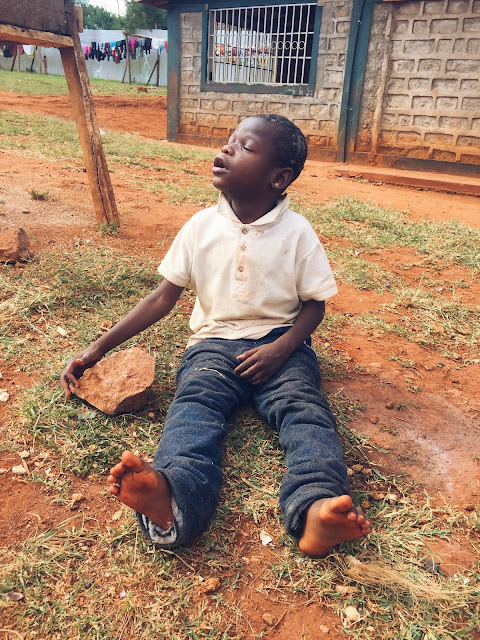 While we painted nails in the yard, I looked over and noticed Suzie playing with the dog (again). She was so pleased that he would lick her arm or gently nibble on her finger. And the dog didn't seem to mind that she has no sense of personal space! 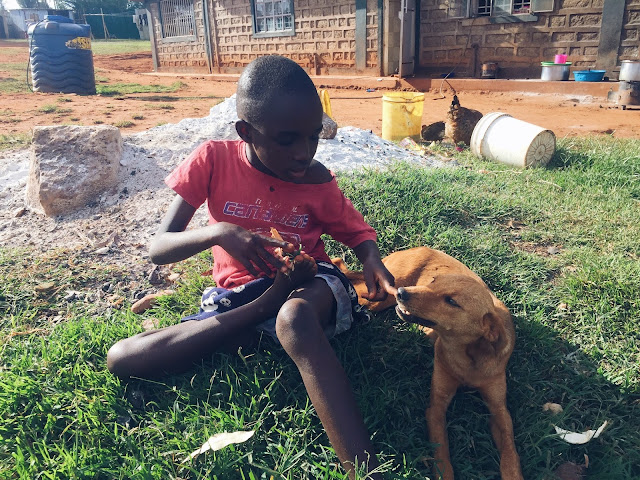 I had woken up with a little bit of a headache, so I knew I wasn't up for the typical madness of a full van. Instead, we snuck out for lunch with just a few of the bigger boys. 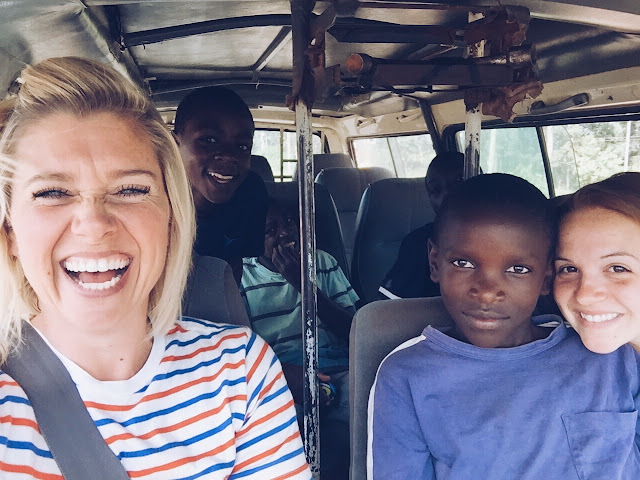 Trying so hard to play it cool, even though they were so excited. After they finished their sodas, they ran over and ordered a few movies to take home as a surprise to the rest of the house! 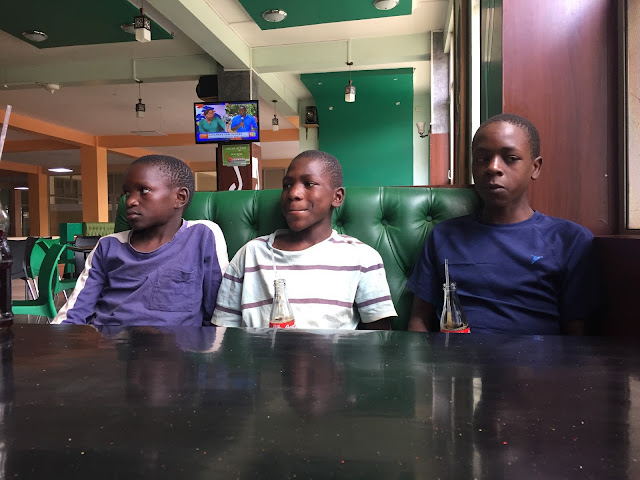 After lunch, we ran around town doing a bit of souvenir shopping. I had seen a sweatsuit that I really wanted (I know, it was a surprise to me, too) but they had quoted me an astronomical price when I'd asked, so Pascal ran over on his own to get the real price. He was so excited to announce that he'd talked her down and then ran back, with my money, to buy it for me! He asked if I'd wear it one day next week, but since it was a bit too hot for a sweatsuit, he said, "okay, fine. But you will put it on and take a photo for me to see, okay?" Man, I love that kid.

Sunny had been talking about bringing gifts home for friends and supporters, so we stopped by Paul's to check out his amazing handmade art. Paul and I talked about America (he was very interested in how Trump is doing as President) while the boys helped Sunny choose a necklace--and even found an 'Alice' keychain for me! 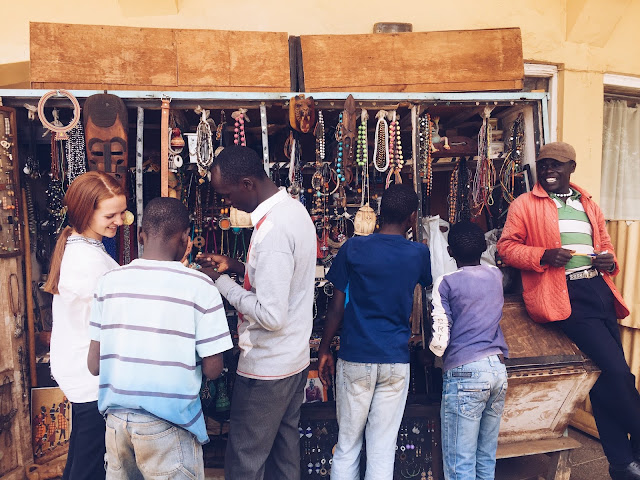 Back at PKC, we found the moms prepping the beans for Sunday's lunch while looking after Willy, who'd had another seizure. They each took a quick break from work to paint their nails--or let me paint them! (Eva, Senge, Ruth and Atieno) 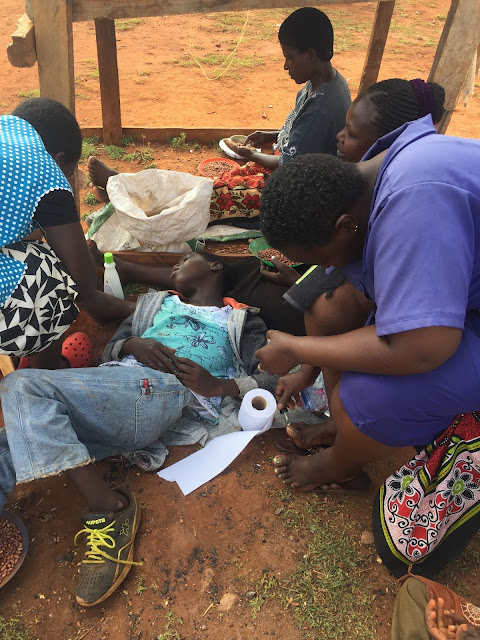 Sunny and I ran to town to pick up some Indian food and then headed home to get some work/homework done before going to sleep.

Just as we were about to go to bed, Sunny reminded me about the picture for Pascal. So, here it is, in all its glory: my new sweatsuit! 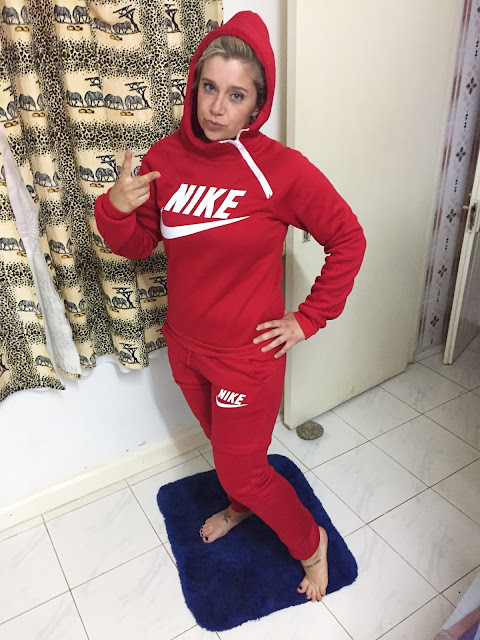