Hospital and Home Visits, Plus An Afternoon At Embrace A Street Child

I'm beginning to feel like a broken record, but Friday was amazing! We had so much planned and, of course, there were a few more surprises added along the way.

We started early in the morning with a trip to Sister Freda's Cottage Hospital. 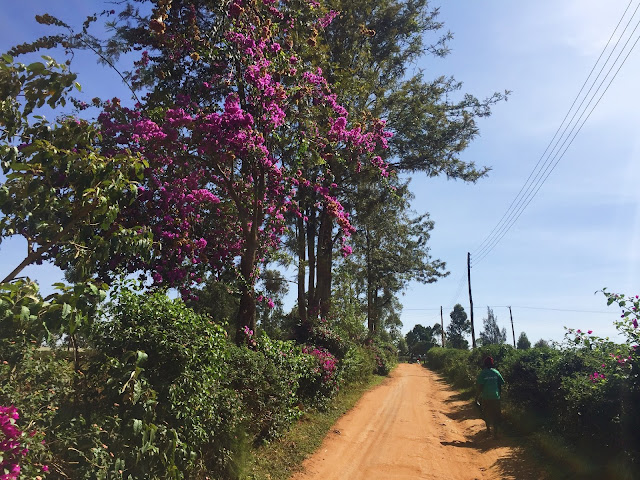 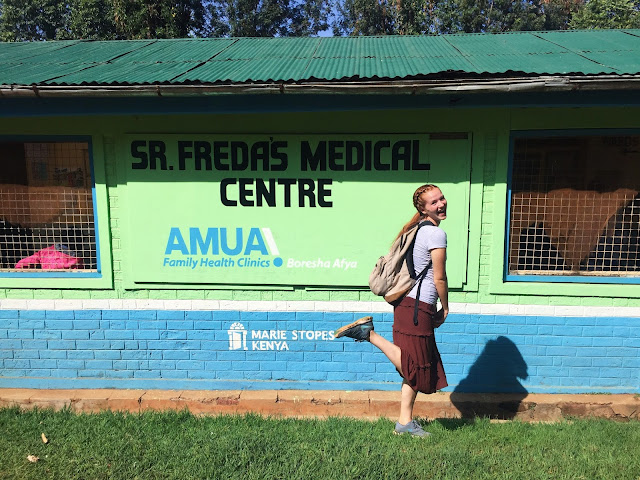 We walked around the property on our own so we could take our time. We saw the hospital, the secondary, primary, and nursing schools, and even some of the farmland. Multiple times, Sunny commented on how beautiful the property is.


On our way back to the car, Sunny stopped for mandazi. 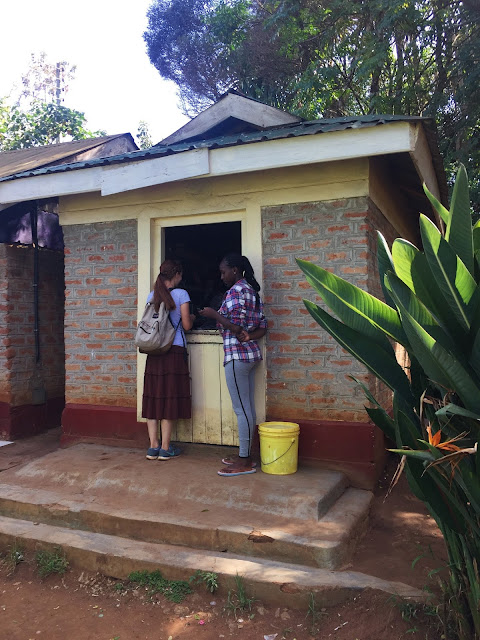 They were freshly baked (okay, fried) and unbelievably delicious. And also super hot. 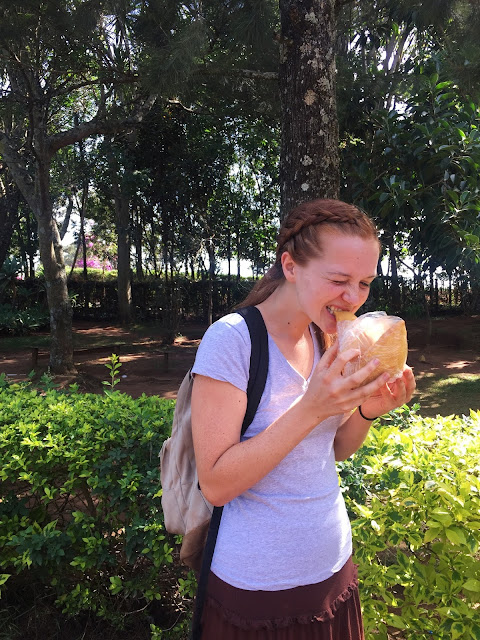 Had to make sure we had a few pictures taken with the bougainvillea before we left. 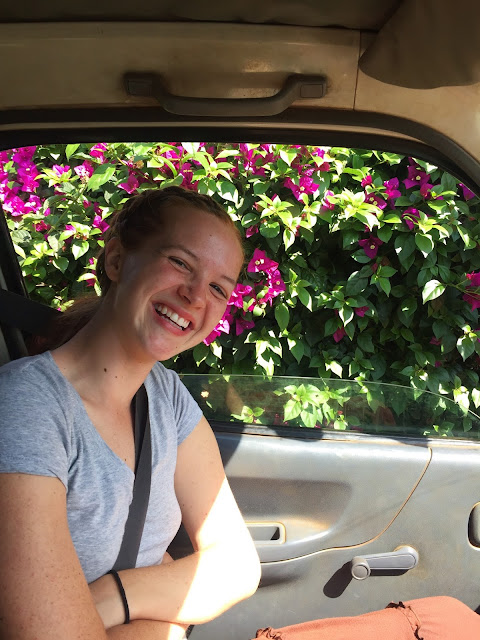 We went straight from Sister Freda's to Precious Kids Center, but didn't stick around long. We had plans to visit two more families, so we loaded up the van and headed out.

Not before taking a photo of these adorable children: Isaac, Christine and Shangi 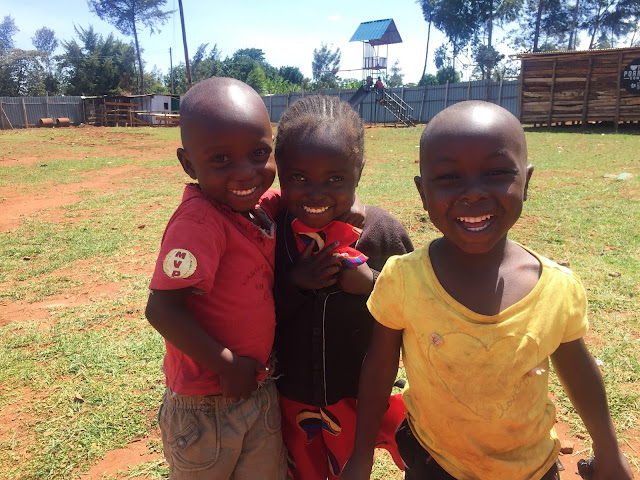 Since the homes we were visiting are both close to the road, there was no better time to take Suzie for a ride. We were all very excited--Suzie bounced and giggled and flapped her hands for the entire ride. 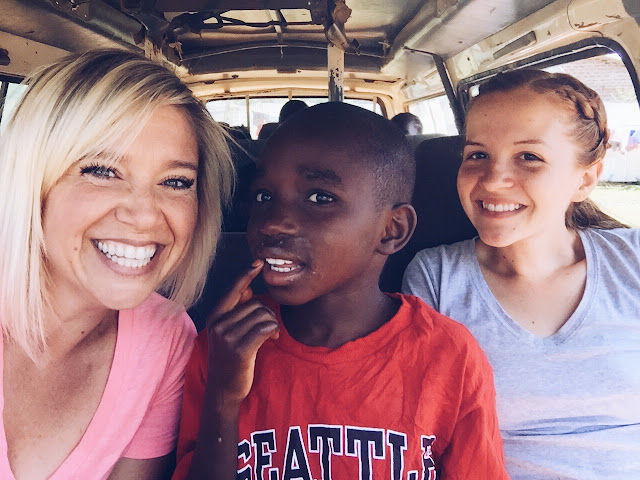 One of the families we'd planned to visit had moved recently, so we weren't able to find their place...but the other family is filled with people we love! The three girls attend a local primary school and are sponsored by some of our friends in California and the brothers attend Precious Kids Center School. We chatted for a few minutes about their home and school, took a few quick photos together, and then said our goodbyes. (Little did we know, we'd return to PKC to find their brother and sister!) 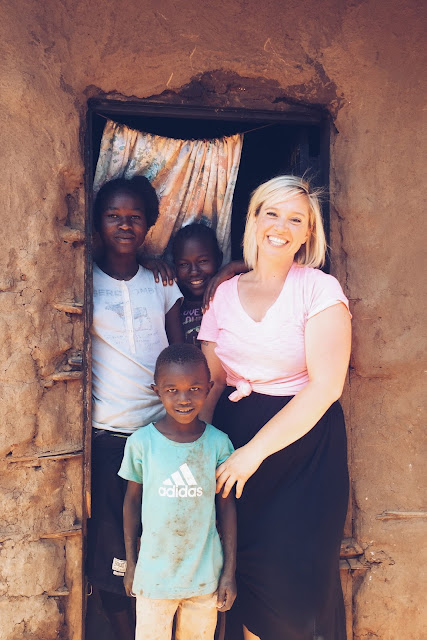 Back at Precious, we swapped a van load for a new van load of kids and went for lunch in town. Unfortunately, I don't have any pictures of those smiley faces, but I promise we had a good time!

Willie was so excited about a trip to town that he had a seizure in the car on the way. The older boys were so good to him and helped him walk from the car to the restaurant and back, knowing he was a little out-of-it, but would snap back to himself in no time. Sure enough, just toward the end of lunch, he was back to his normal, loud, funny self--eating too many fries and chugging his soda.

After lunch, all of the big kids wanted to come with us to Embrace A Street Child. 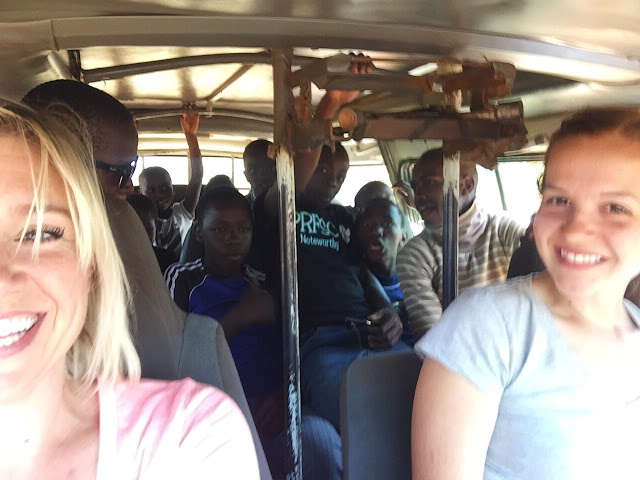 At Embrace, children who live on the street are invited to learn, eat, and play together in a safe place. We arrived around 3:30 on Good Friday, just as they were finishing their Bible lesson on Jesus' death and resurrection. It was silent as the teacher told the story and hands shot up as she asked questions about what they'd just heard. The lesson finished with everyone reciting John 3:16 together, first in Swahili and then in English. 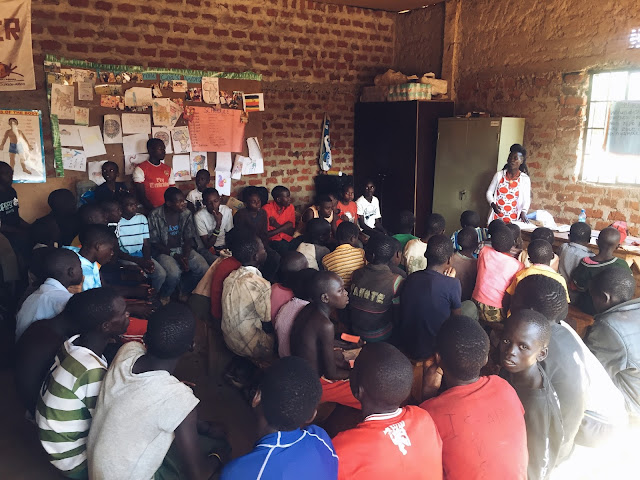 I saw this shirt during the prayer...in honor of International Day for Street Children, they'd marched through the streets of Kitale with banners, signs, and shirts. 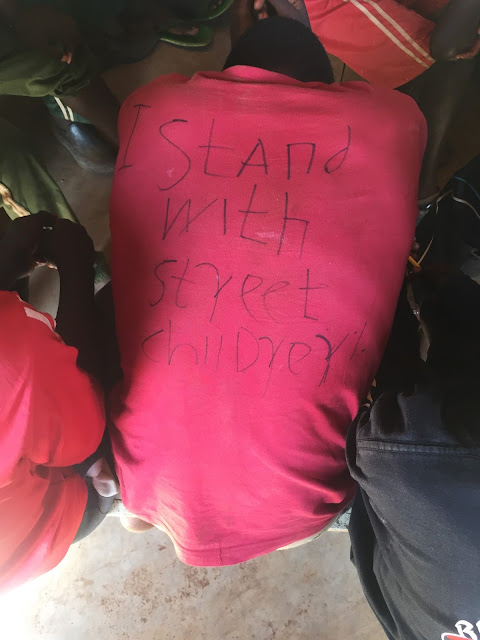 In the last few months, Embrace has built this back room and filled it with rows of bunk beds for the kids. Now, nearly 60 children sleep there each night, instead of on the streets! The door in the back leads to Derrick's room. Derrick was once a street boy himself (he attended Oasis of Hope) and is now one of the head teachers at Embrace. He stays on site to help care for the boys--and keep them safe at night. 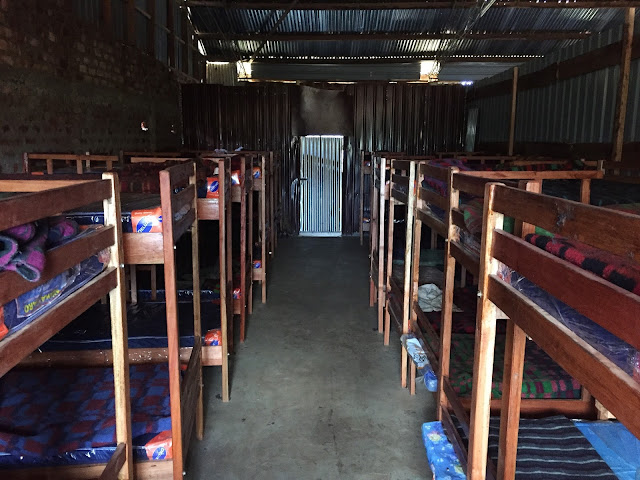 Lucy and I were matching, so we took a quick picture together 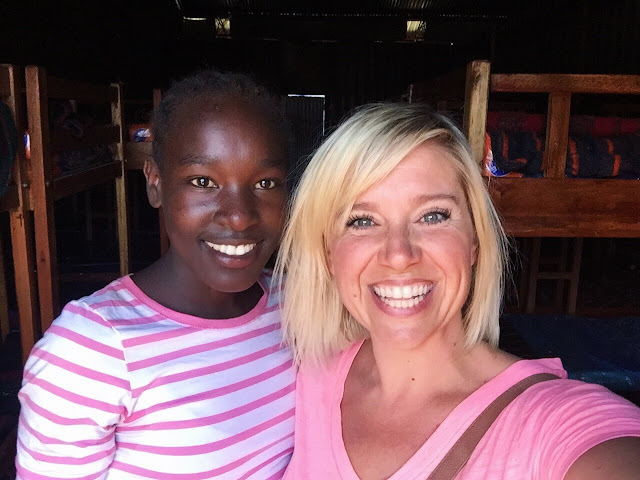 The Precious Kids jumped right in...they started a volleyball game, a soccer game, and even a small dance party around a phone. 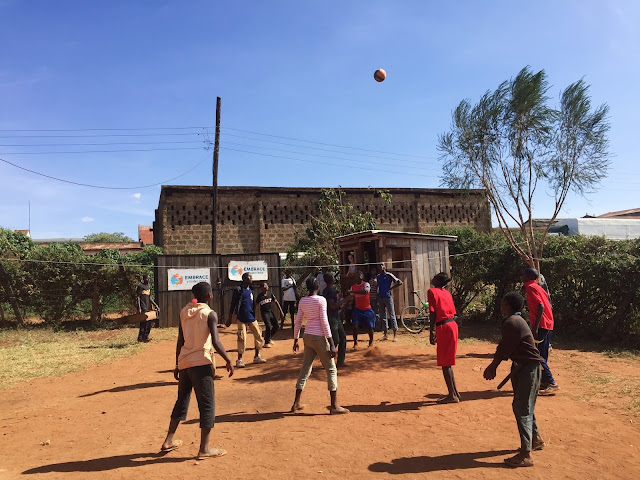 The volleyball game had drawn quite a crowd. 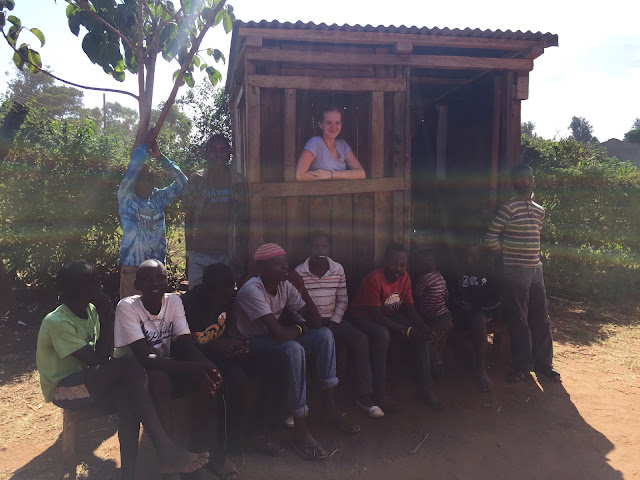 I spent about 30 minutes with a group of boys making slow-motion videos and Boomerangs--they could not stop giggling. Then wandered over to watch the volleyball game and get out of the sun for a few minutes and caught the tiniest of street boys, Samson, hanging around. I wanted him to be my friend so badly, but he wasn't all that into it. 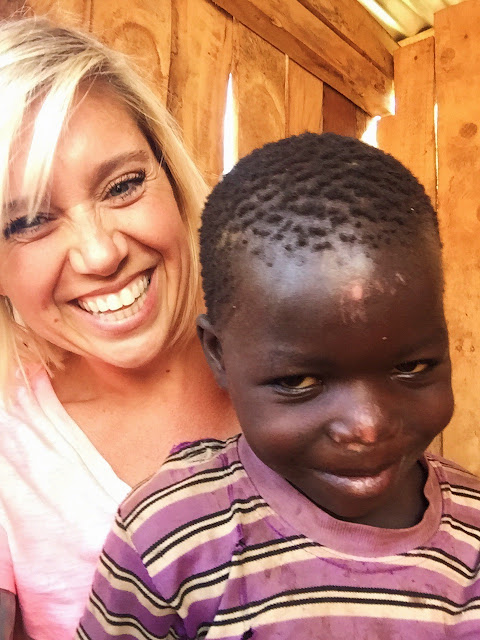 Finally got him to smile for at least one picture... 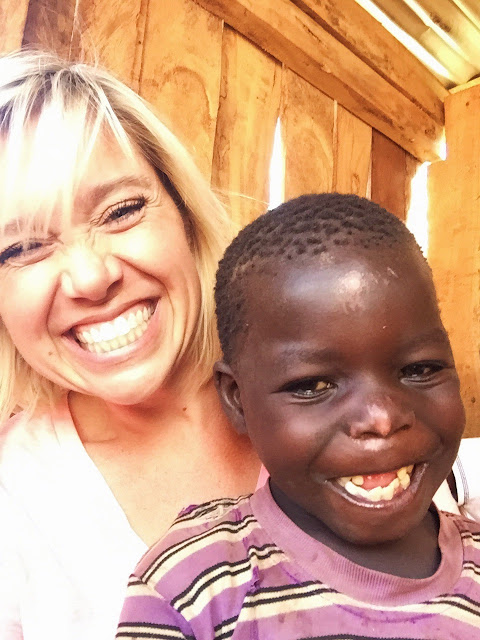 We gathered a bit of the crowd. The front-facing camera is always a joy...look at that face in the bottom right corner! 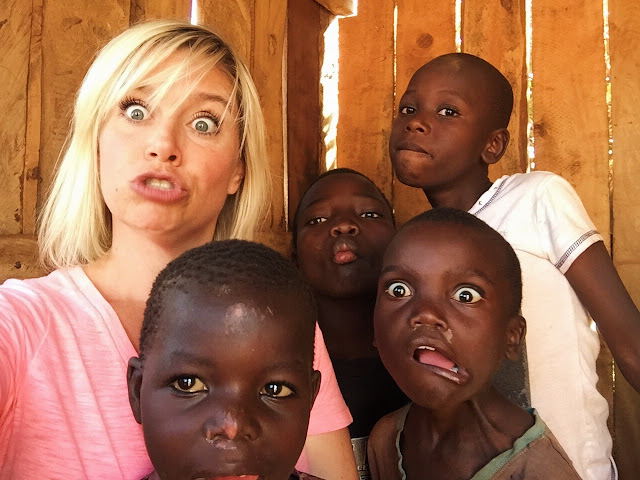 Around 5, we had to call it to make it back in time for dinner, but we didn't leave before the older boys had constructed a plan to play a soccer match with the boys from Embrace and some older boys from another local organization, Challenge Farm. The decided to make one mega-team with PKC and Embrace boys, since the Challenge Farm kids 'are very, very good'.

I dropped Sunny at our house on our way back to PKC so she could get a jump start on some homework she'd been putting off. By the time I got to Precious, I, too, was exhausted. But I can't leave for the night without a few more minutes with Suzie. 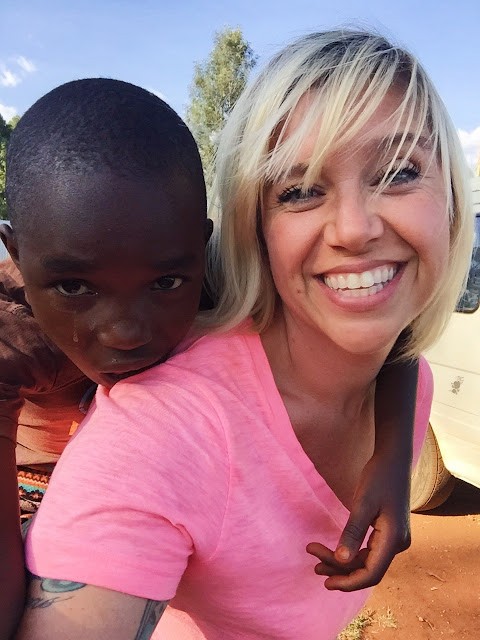 I tried to end the day with a photo with my two favorites, but Suzie had other plans. 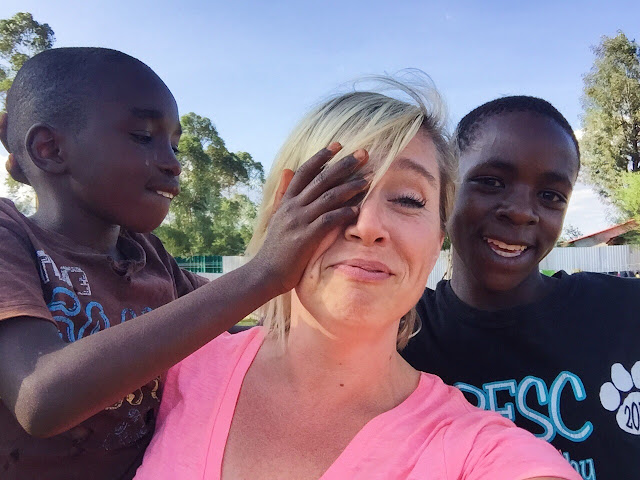