One morning last week, while Sammy ran errands all over town and went to see the builders about the new Precious Kids Center, Bre and I painted the nails of every kid in the house. Quite literally every kid, since even those who can not walk or talk {who are usually looked-over in the sea of "and me?! and me?!" from the other kids} were outside with us, so they were not forgotten. {A week later, it is still so funny to me when I see the tiny red nails on the hand of a boy in his highchair!} 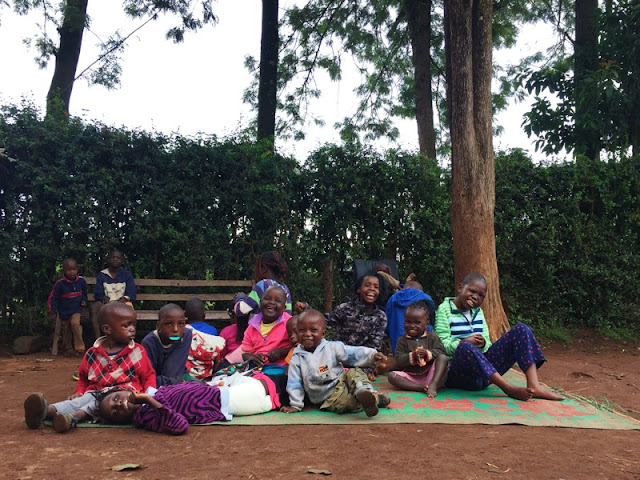 Our original plan for the day was tweaked a bit when we realized the time. Mike returned with the van about a half an hour before lunchtime, so instead of putting four girls in the car for lunch, we whispered to Marvelous and Frank to jump in the van and come with us.

We headed over to Lillian's Restaurant {the place with huge portions and college student prices} and placed an order for 150 samosas to bring back as a surprise to the kids. {Simultaneously making Bre's samosa dreams come true!} We wanted to make sure there was enough for each kid--and even the house moms and laundry ladies--to have two each.

While the restaurant was preparing this unusually large order, Frank ran upstairs to order two new movies from the shop {At 50 cents a piece, this is a really fun and inexpensive way to surprise the bigger kids!} I stopped to pay for this month's internet and buy some phone credit and then we went back for our two HUGE bags of samosas.

When we arrived home, everyone was curious about what was in the bags. We walked straight back to where Mama Maureen was serving lunch and told her, if she was ready for chaos, to start serving. She yelled, "Who wants samosas?!" and from inside--and outside--the house, a chorus of kids yelled, "ME!" and rushed toward the back of the house for spicy lunchtime treats.

Since I can't really do spicy foods--my friends say I have 'Baby Mouth'--I was totally free to wander about and take in the enjoyment. 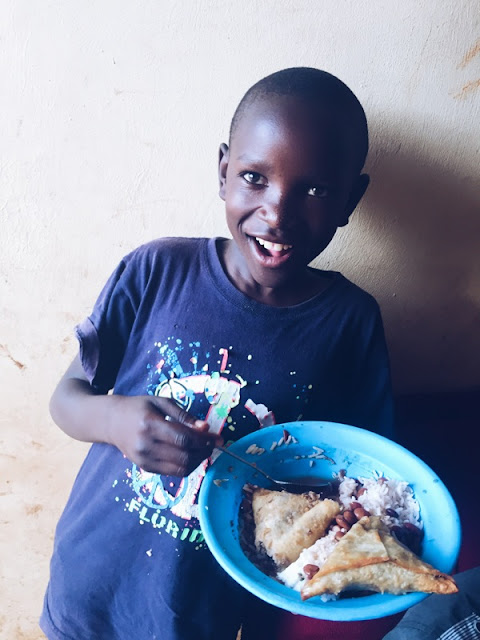 Willie was loving these so much more than his face lets on. 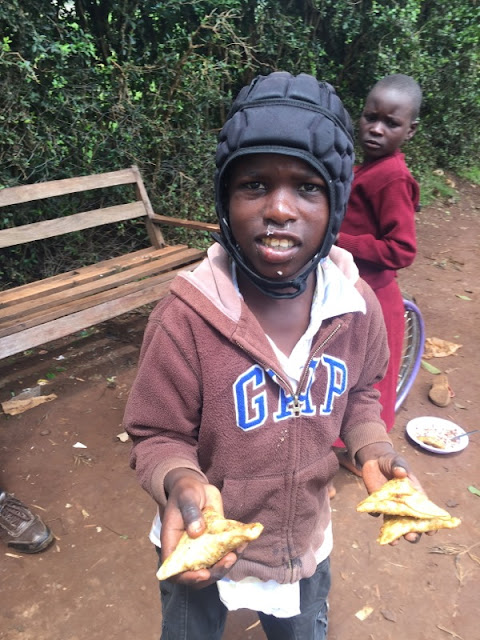 After lunch, I wanted to go down to Shimo to visit Mama Rispah and look for a new house for four teenage boys. {More on that soon!}

Of course, since school is closed and we now have a house full of teenagers, we can never go anywhere alone. So, with about seven boys along for the ride, we headed to the Shimo Bridge. Augustus decided to stay with Mike, so we were one short as we crossed.

On the way down the stairs, we ran in to Newton collecting water for their house! 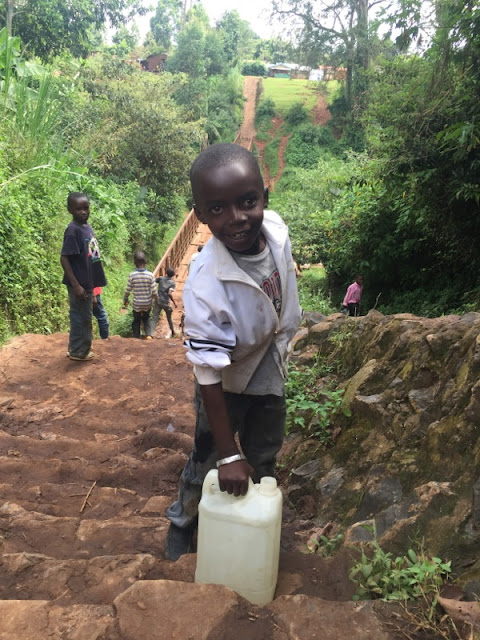 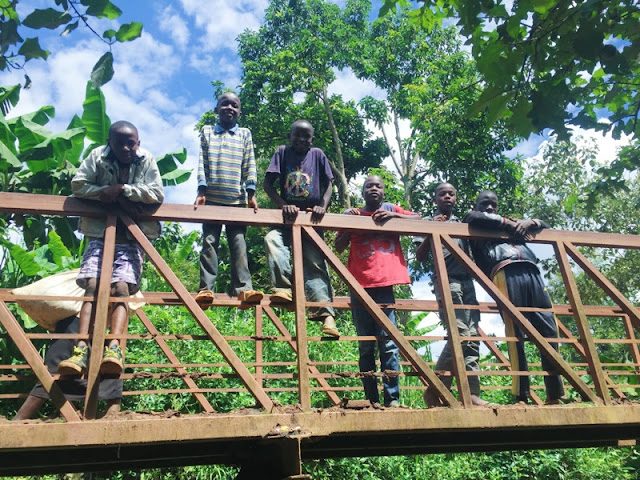 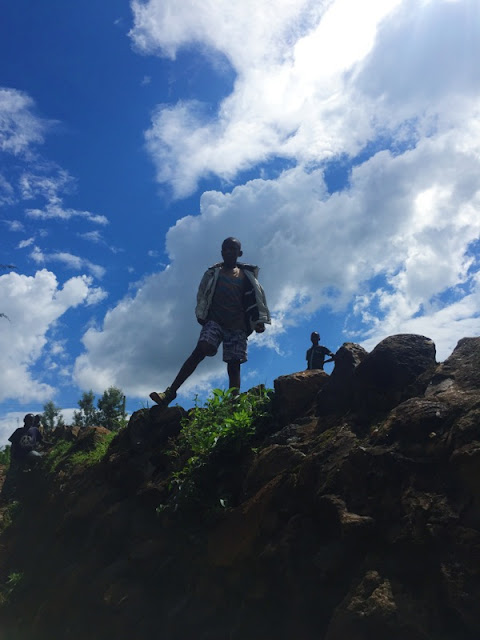 Mama Rispah was so hospitable. She welcomed all eight of us inside and watched as we made broken conversation between her daughters and our boys. Her girls will be boarding at the same school Sammy's older kids attend, so we were trying to make connections--"She'll be in your class! Say hello!" But, shy teenagers will be shy teenagers, and they would only talk to each other through me. "Ask her if she knows..." they'd say...and though the girls would hear them ask, neither was brave enough to make eye contact with anyone but me. It was silly and adorable. 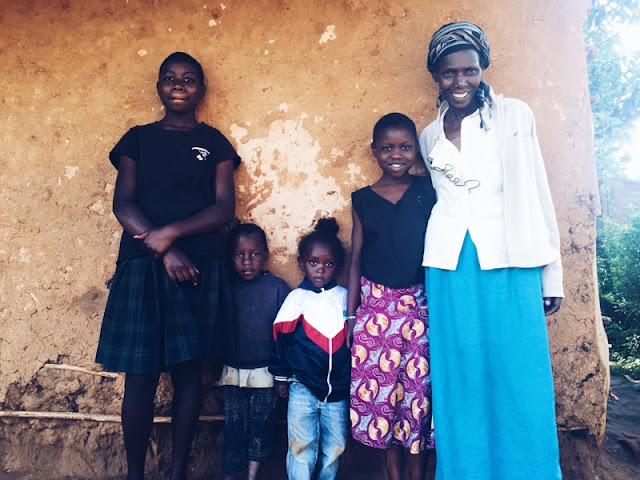 On the way back across, and just before we met Mike back at the car, I asked Bre to take a quick photo. 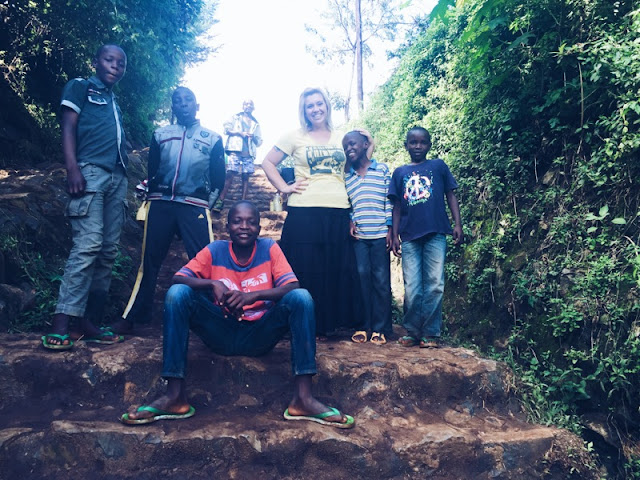 We switched places: Mike crossed the bridge to finish the house hunt and I drove the van home. I promise I did not let Hillary sit like this for longer than it took to take the picture. 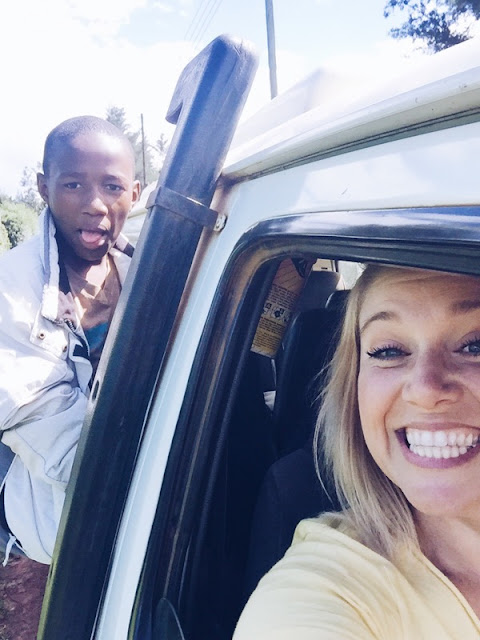 Back at the house, Bre and I spent another hour or so hanging out with the kids and playing games in the yard. Suzie, still a little sick, was so happy to sit on my lap and play with the camera. 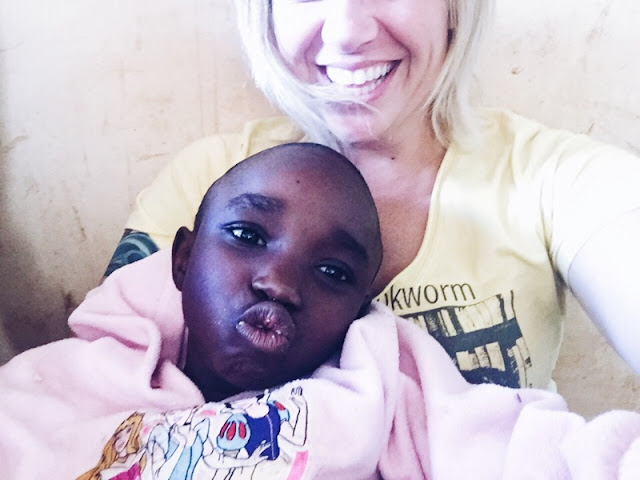 Dang, I love this kid! 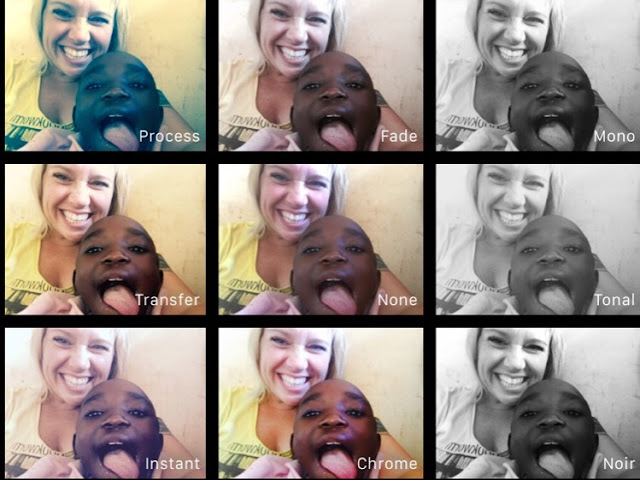 Days like this--a mix of lazy, nail painting mornings, and full, surprising afternoons--are my favorite! I love when I come home, tired, but not exhausted, ready to read a book during the afternoon rainstorm, knowing I'll be rested enough to excitedly go back in to the madness for dinner!
Posted by Allison at 10:03 PM