Out On The Town With The Girls

Just about once a week, we try to do something special for the kids. When visitors are in town, it's a little easier, since nearly everything is exciting when someone new is in the mix. Last week, while Bre was here, there was no shortage of events like this.

For my birthday, I asked Sammy if we could take them to town. About a week later, when Bre arrived, Sammy said yes. Around lunchtime, we loaded up Cyril and Suzie and headed to Ruby Deli. Cyril was the happiest I have ever seen her. It was such fun to hear her laugh as we went over bumps in the road or turned corners. 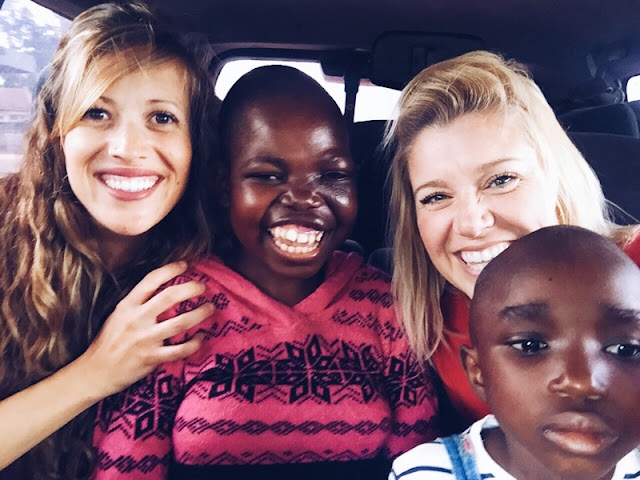 We ordered the usual: orange Fanta and chicken and chips. Cyril took one sip of the Fanta and wanted nothing to do with it, but still didn't want it to be taken away--almost as if just looking at it were enough for her.

She was also not crazy about the chicken. But she LOVED the french fries. She ate nearly every one...and later, most of Sammy's rice. 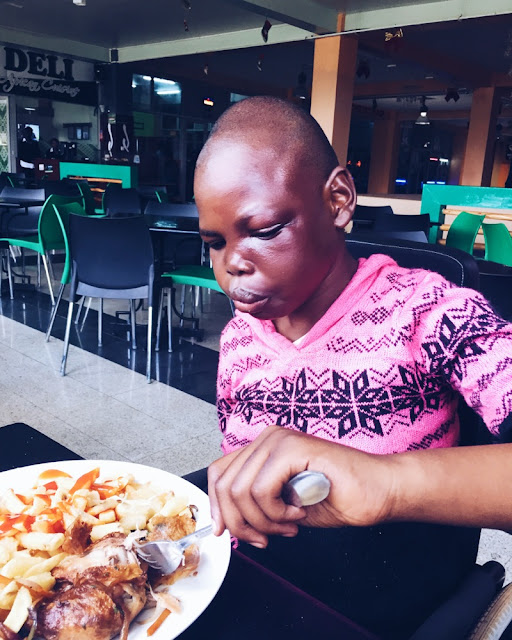 Dressed in my favorite outfit, {stripey shirt and overalls?! Come on!} Suzie sat next to me in the booth {closer to the wall, so she'd really have to work to run free} and ate every french fry on her plate, but making sure to pick out the strings of cabbage garnish that were stuck to a fry and somehow had made it in to her mouth. She also drank her entire soda {and even some of Cyril's} but, like Cyril, wanted nothing to do with the chicken. {Don't worry, we took the chicken home and they were happily eaten by others!} 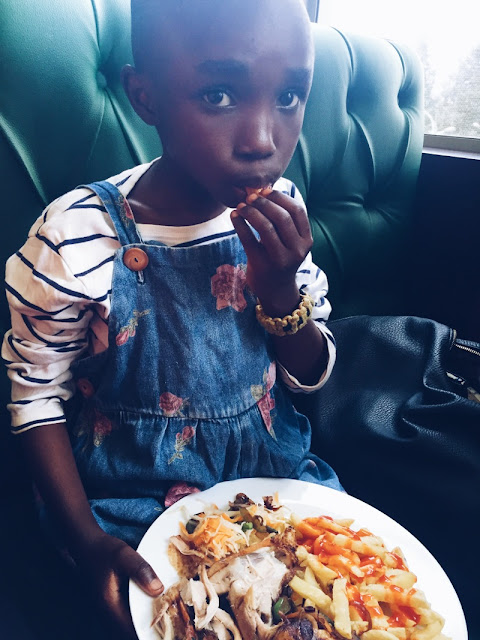 When we walked downstairs, we saw the rack of sunglasses, so Suzie tried on a pair. She danced around with excitement until we got a dirty look from the employee and put them back. 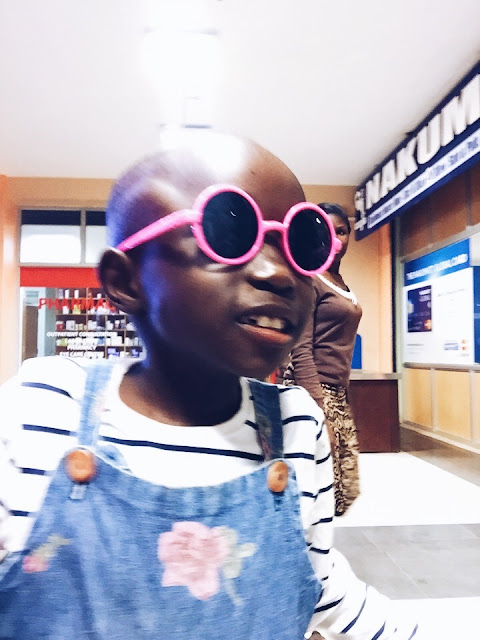 The next afternoon, Bre and I had decided to take five girls to our house to do a craft. We had chosen the girls the night before, but once we got to the house, realized we'd missed two that were in that same age group. Then counted again and realized we'd only be leaving out three if we took those five, so we decided to load up everyone but Suzie and Cyril. But, while everyone was getting in the van, Suzie was so sad to be left behind that we put her in...and when I walked back in to say goodbyes, Cyril already had her shoes on and was waiting to be helped to the van, so we brought her too.

With ten girls, the craft seemed like it would be a little overwhelming, so we opted for a movie and popcorn instead.

I turned on Beauty and the Beast and went in to pop some popcorn. I am a firm believer that, at a party, it is always best to have too much food than to run out. With that in mind, I think I popped too much popcorn. 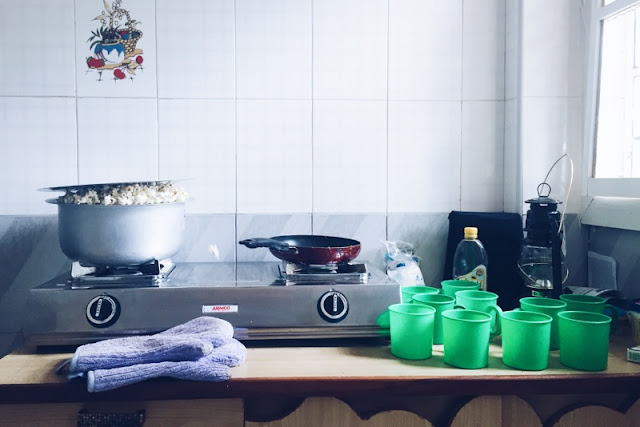 But the girls ate two cups each and loved every second of it! They were not nearly as impressed with the movie as I'd hoped, but still they loved the day. Suzie had been sick that week, so she followed me around the house and would only sit down when I did too. I really love this sweet girl. 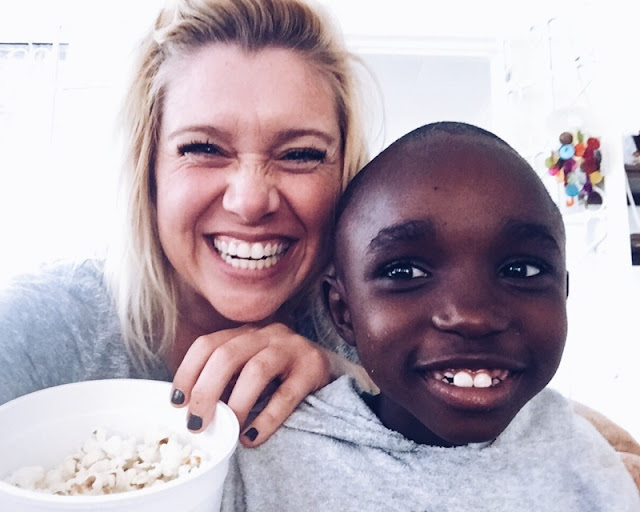 Please note Marvelous in the corner feeding Lavender popcorn before eating her own.
She was so helpful that day! 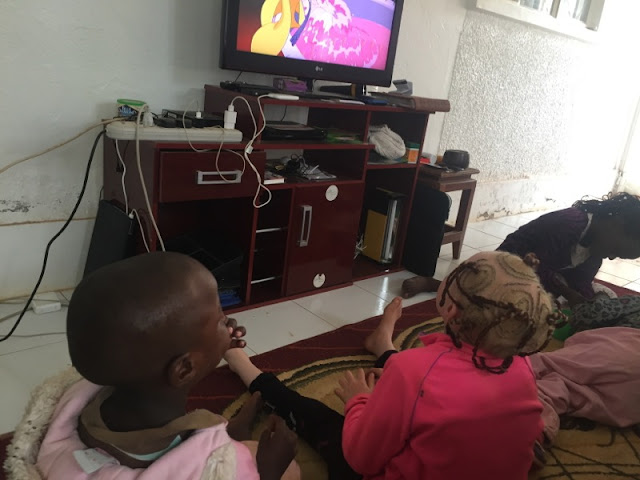 Later that night, as we sat in the living room, watching both cartoons and the little kids run out the last of their energy, Suzie climbed up in my lap and fell asleep. She did this for the next three nights, as the medicine did its work to heal her little body. 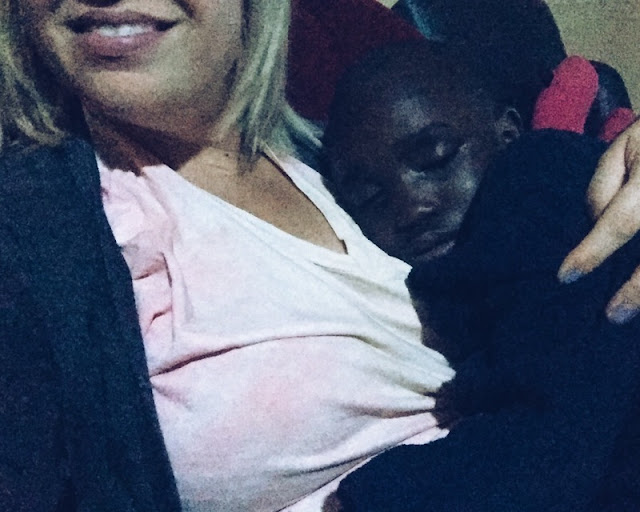 This was just the first of the fun afternoons we had planned. Up next: the day we purchased 150 samosas!
Posted by Allison at 6:00 AM