Better To Own Something Than Be Owned By Someone: Mama Rose

Nearly two months ago, I launched a project to help families in the community find sustainable means of income to avoid seeking for employment in places that may take advantage of them.

Mama Rose was one of them. You can read more of her story here.

We'd originally planned to bring the chickens over in late December, to avoid any chicken deaths during the rainy season, but I couldn't wait any longer to take a step forward. I wanted to give them a sign that I had not forgotten our discussions and would not go back on my word. A small symbol of solidarity during the painful season they are currently navigating.

All this to say, two weeks ago, we picked up the supplies and brought them to a local carpenter who built us a beautiful chicken coop! Once it was finished, it was delivered to the kid's house to await delivery. {We couldn't take it over immediately, though I had wanted to, because that afternoon Mama Rose had taken the kids to testify against the man who attacked Rose, see link above.}

As soon as we walked in the gate, Willy took us over to "look at his new house." He loved it! 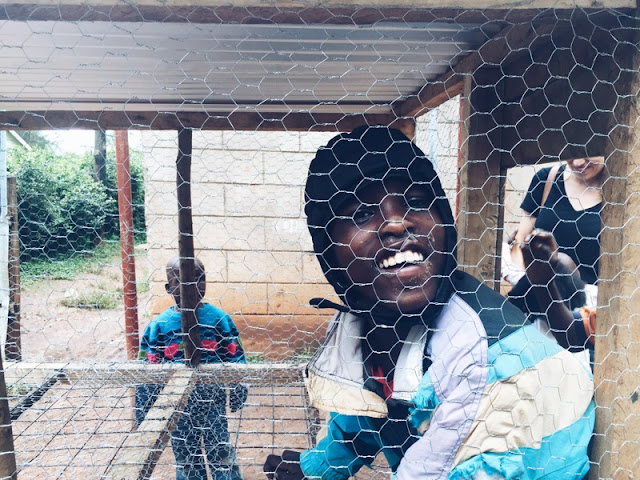 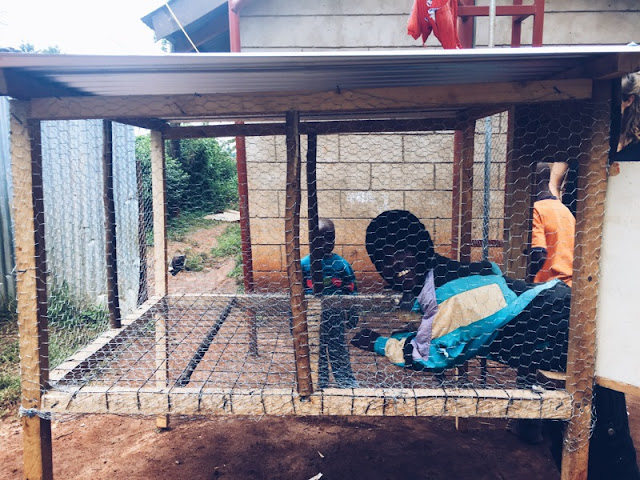 Knowing it was on its way, I had asked Bre earlier in the day if I could please take a picture of her inside. She said, "Oh, of course! You know how I love small spaces!" 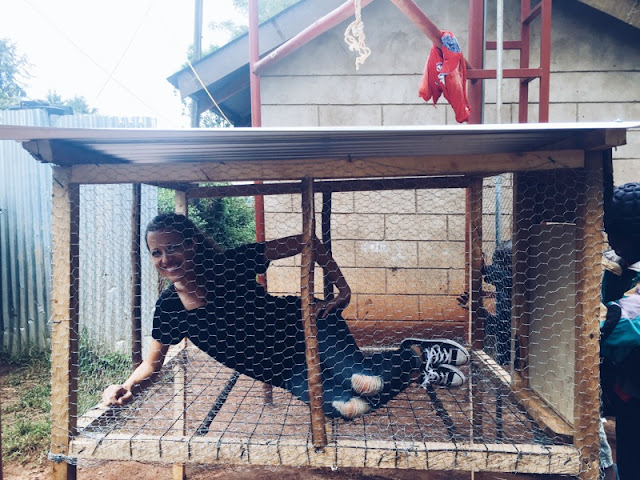 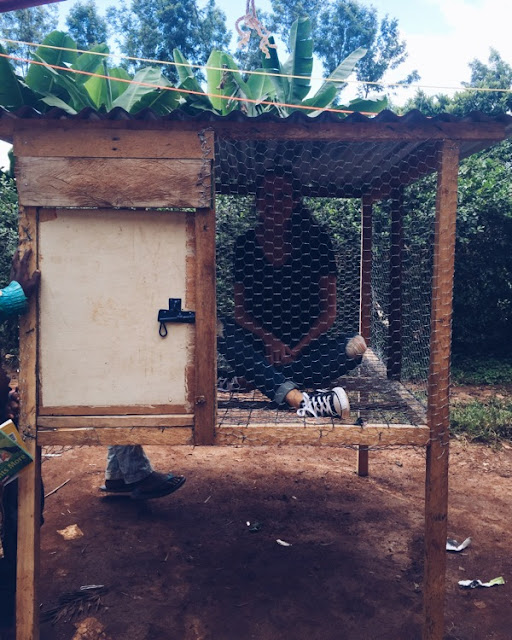 The next day, the coop was, remarkably, still intact. I had imagined at least a few bumps or holes with the number of children that had been hanging around! So we called our great friend and piki driver, David, to come help us out!

It took about fifteen minutes to strap the coop to his motorcycle, but once it was all set-up, he headed to the house while we followed in the car. 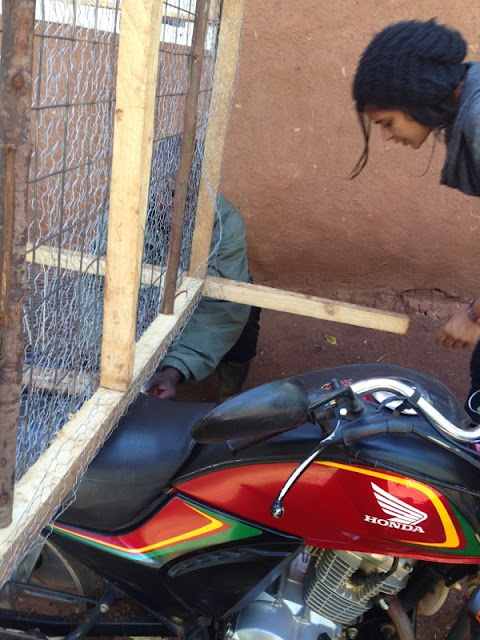 About twenty minutes later, it was in place! Doesn't it look like it was made to be in that exact spot?! We hadn't taken any measurements--we were just winging it--and it turned out to be a perfect fit! 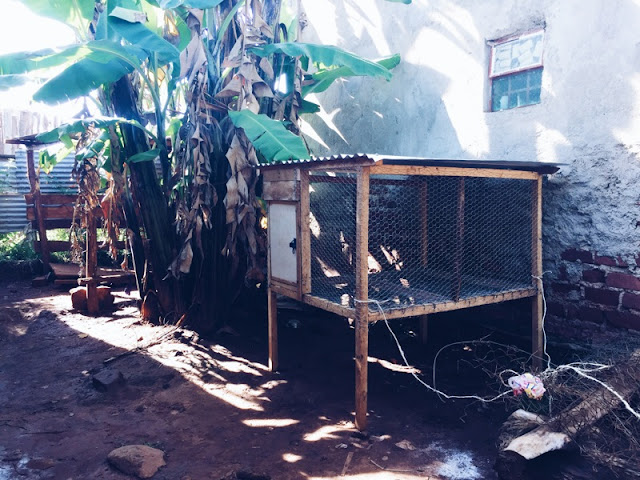 Mama Rose with her new coop 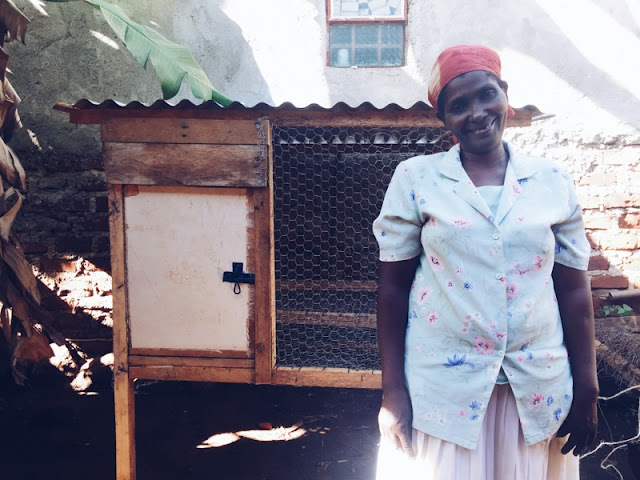 While we unloaded and set-up the coop, Bre was falling in love with their two small kittens. 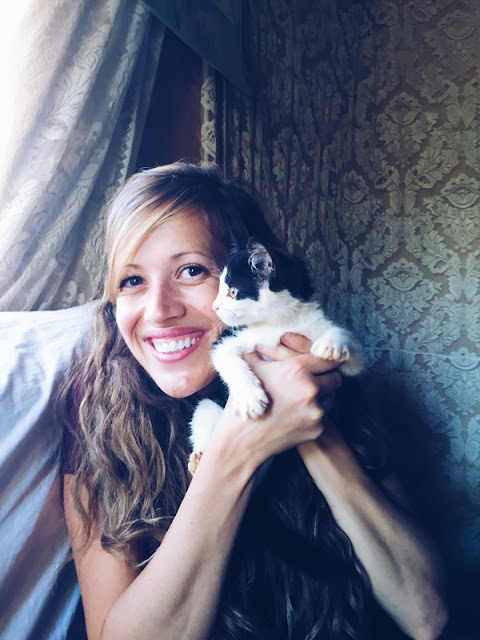 We brought lollipops for Rose and Collins and Mama Rose brought out sodas for us. We sat and listened as she told us about the court appearance the day before. It was amazing to hear her explain how she "saw God in that courtroom!" Both of her children, who are shy, and her son, who rarely cooperates in conversations {his typical response to a question--do you want to shake my hand? would you like to go to class? would you please put your socks back on?--is, "Collins refuses!"} BOTH children were able to fully articulate what they saw and experienced on the afternoon of the incident and point out the man who had accosted Rose. Amazing and so helpful for their case.

Before we left, I asked if I could please take a family photo. Everyone said okay and positioned themselves on the couch. 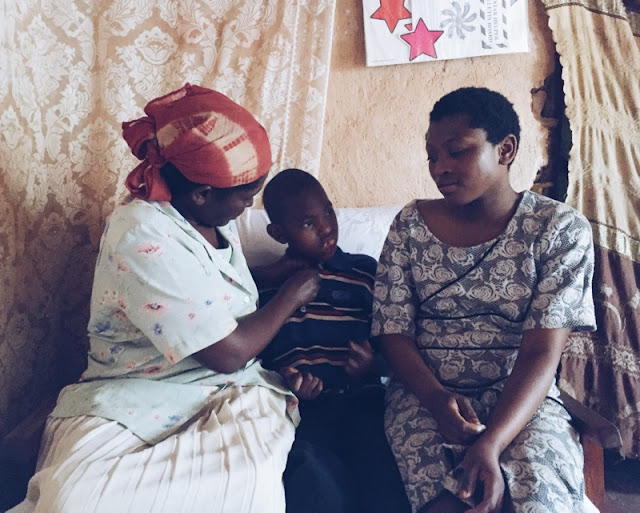 And then Collins refused...
I have about two dozen variations of this and they make me laugh every time I look through them. 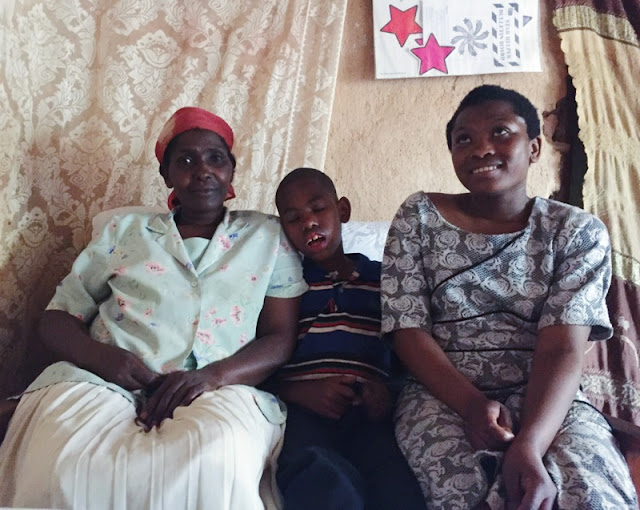 He didn't seem to mind as much when he could see himself on the camera, but it made the framing a little difficult as I was reaching over the coffee table. 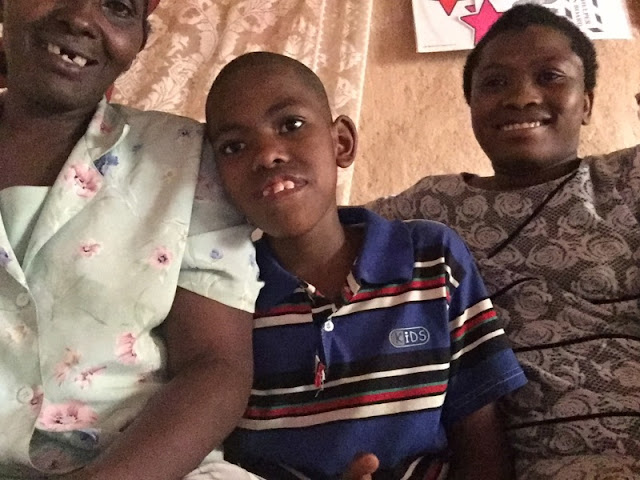 We have been pricing chickens for the last week or so, in various parts of town to make sure we get the strongest, healthiest chickens for the best price. I'm hoping we can bring them over at the end of the month! And so, of course, there is more of Mama Rose's story to come!
Posted by Allison at 9:36 PM