On Tuesday morning, Bre left to catch her flight in Nairobi and Sammy had gone the day before to meet Pastor Steve, so I was alone in both houses: ours and the kid's. As an introverted extrovert {that's a thing} I love a good amount of alone time...so I laid around for an hour or so after Bre's taxi left before heading over to the kid's to keep my promise.

I had promised a few of the boys that I would take them to the new Precious Kids Center site to plant the small trees they were given at the close of school.

When I arrived, everyone was engrossed in their beading projects, so I talked to these four gentlemen while I was waiting. 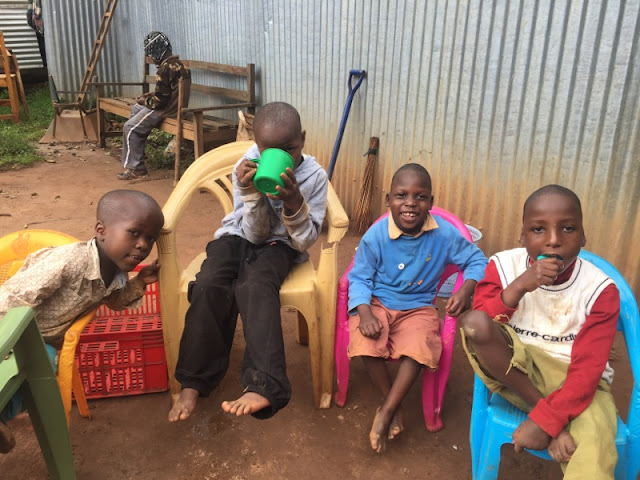 I had thought I would bring a few of the older boys to plant the trees and then come home, but when everyone heard where we were going, more and more people piled in to the van. Soon enough, we had a whole herd--even a few house moms came along! In case this will help paint the picture of the madness of loading up, somehow, we ended up bringing Suzie with only one shoe.

Also, it had rained like crazy the night before {I had even seen a car stuck in the mud at the house next door} so I was a little bit concerned about driving a full van down muddy roads. But, I'll tell you what: we made it! And there are very few things that make me feel as accomplished as successfully navigating a slippery, bumpy, narrow road. 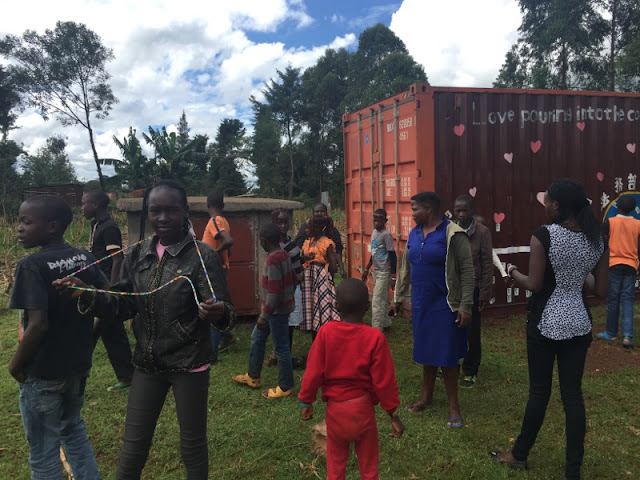 We took a tour through the house. Those who had been here before pointing out the various pieces to those who were seeing it for the first time. Once the boys came out the back door, they ran to the van and grabbed their small saplings, talked with the property caretaker and chose the spots to plant their future avocado trees. The acre next to the house also belongs to Sammy and will, eventually, be the site of Precious Kids Center School {!!!!} so these trees will grow right between the home and the school...perfect for everyone to enjoy! 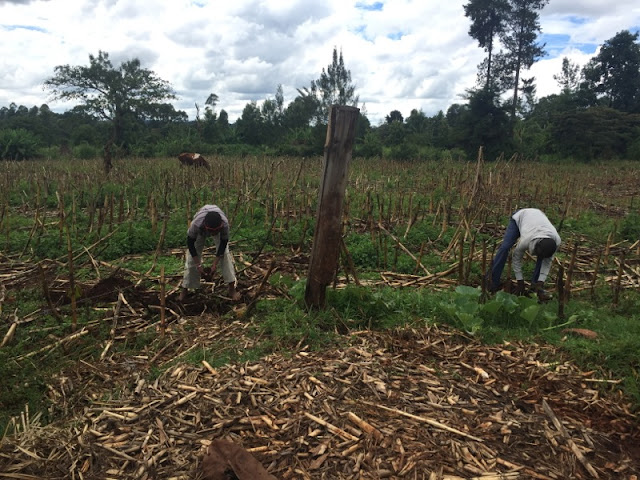 I asked everyone to gather around for a quick picture before we drove home for lunch. Obviously, they were very excited to pose for me. 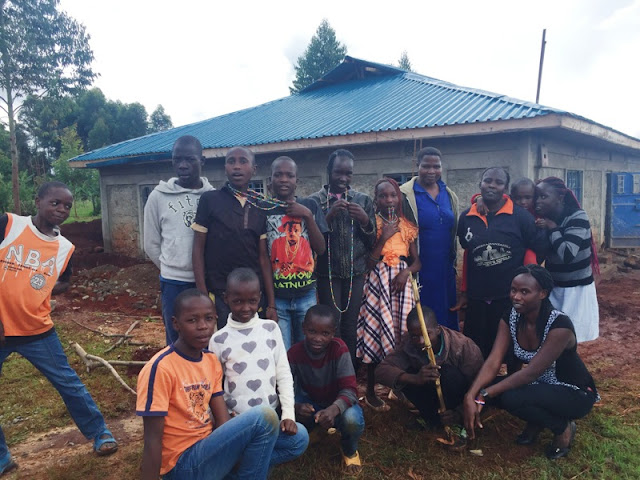 After lunch, I had planned to head home for a cup of coffee and a quick nap before returning for dinner...but as I was pulling out of the driveway, a few of the older boys asked if they could tag along, so I let three of them hop in.

We came back to the house where I made hot chocolate for them and coffee for me. We sat and watched Disney's Robin Hood while I answered some emails and wrote a blog post. Honestly, when I suggested it, I didn't think they'd make it through the whole thing. It's one of my favorites, mainly the nostalgia of it, but I had assumed it would be a little slow for them. {Also based on the fact that the girls were completely uninterested in Beauty and the Beast a few weeks ago.}

All this to say, the loved it. They laughed through the whole thing and even asked when they could watch it again. I, of course, watched through blurry, tear-filled eyes thinking about the hundreds of times I'd watched it with my grandma as a kid. And the several dozen times as I was growing up that she would tell stories of the days when we watched it on repeat. The line from the forest scene, "Life is brief, but when it's gone, love goes on and on." will always remind me of her...and make me a little weepy. So, needless to say, I distracted myself as best as I could to avoid having to explain to three teenage boys why I was crying at a movie about a cartoon fox.

It began to rain as we left my house to go back for dinner and due to the fact that I was staying alone and am somewhat inexperienced at driving in the rain, I had decided I wanted to be home before dark. {Because I don't know what in the world to do if my car is stuck in the mud at 9pm in the middle of the dirt roads of Kitale!!}

So, we came in and I dished up the usual: ugali and cabbage and sat out back with the boys and watched the rain.

It didn't take long for Suzie to find us. She joined us on the back patio waiting for me to get full and feed her my leftovers...our very own little nightly routine. 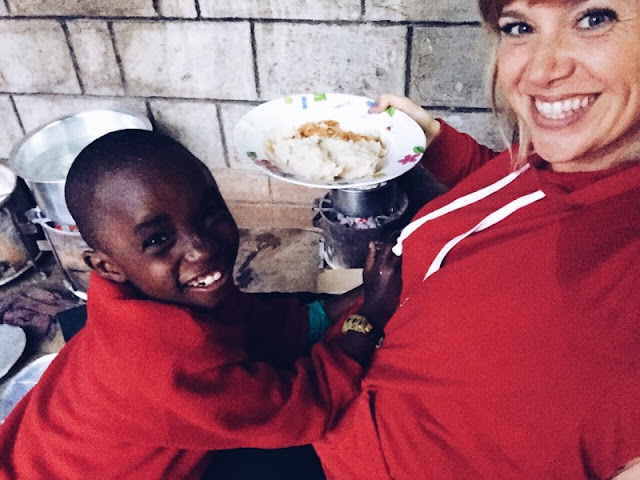 I stuck around for a little while after dinner and watched the older kids play with the younger kids...one of my very favorite things to observe in this big crazy family...before heading home. I talked to my dad on the phone for about an hour--such a nice surprise! And then went to bed early...my favorite kind of night!
Posted by Allison at 6:07 AM