A Whole Bag of Toys For The Precious Kids

A few months back, I posted a photo of Moses pulling a box around the house as his toy car. My Grandpa saw the picture and wrote me to say he'd gone out the next morning to pick up a bag of toys for the kids and would arrange to send them with the next team.

Then, about a month ago, I got an email from my mom saying a friend of hers had been reading these posts to a few children in her life who asked about the kinds of toys these kids have. When she woke up the next day, the kids had packed up a bunch of their toy dinosaurs to send to the Precious Kids Center.

When Bre arrived last week, her second suitcase was full of craft supplies and activities that she had packed and all of these toys! So, at the end of the week, I brought them to the house and passed them around to the younger kids.

They were a HUGE hit!

Trinah, Eric David, Quinta, Sam, and Japheth with their dinosaurs 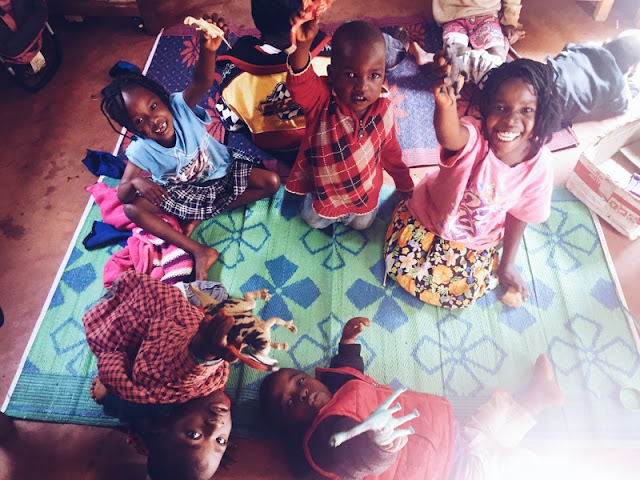 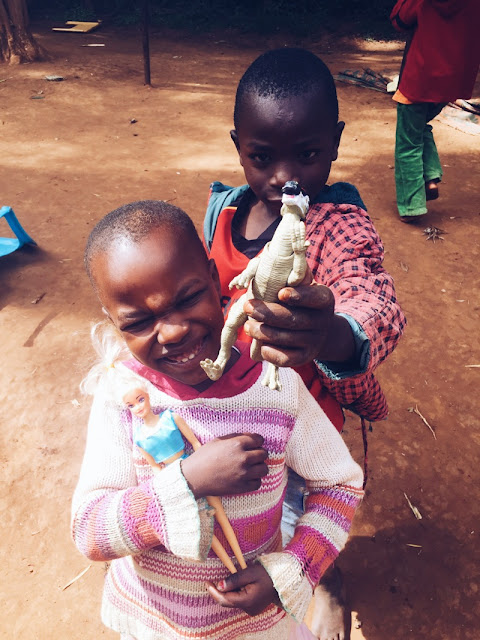 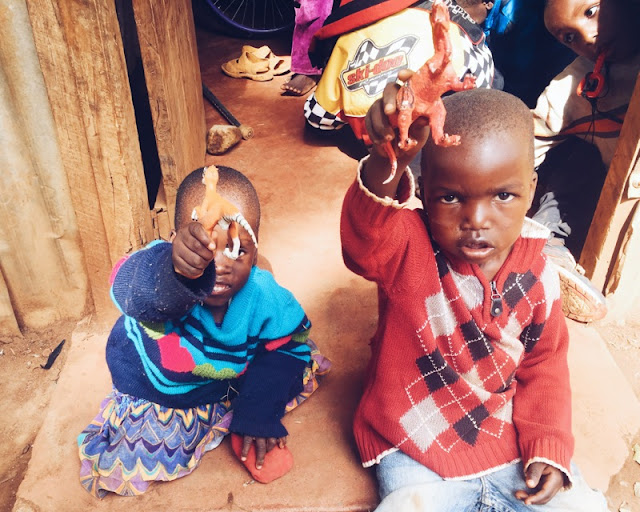 Maureen was excited to play with her cookware 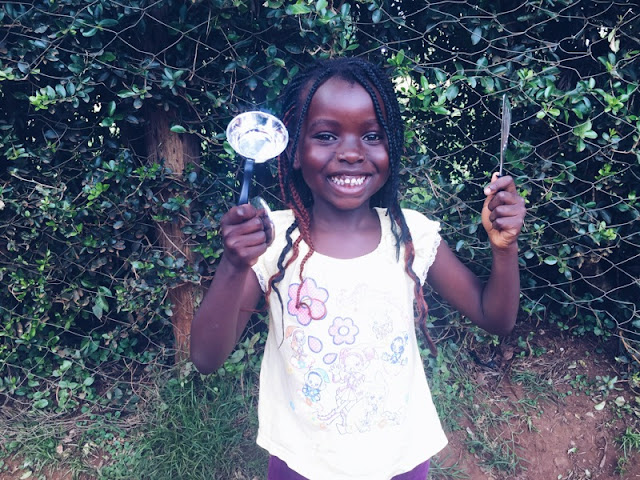 Marvelous got right to it, filling her pot with water and setting up a "stove" 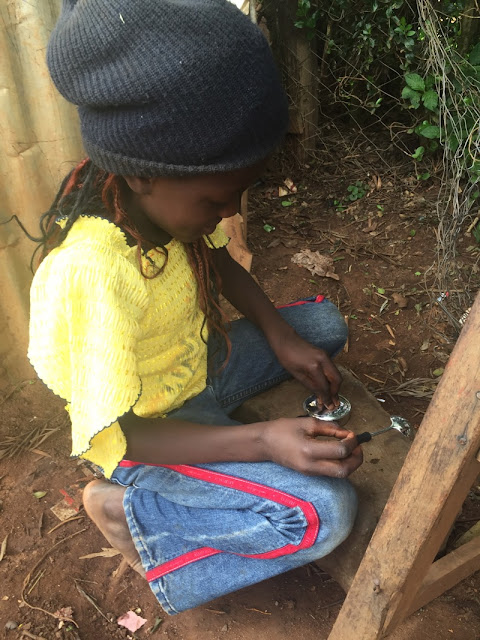 Zablon raced his car all over the bench 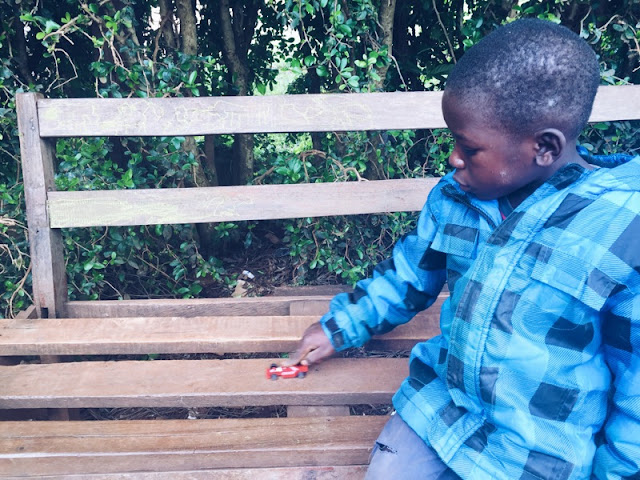 Sammy's dinosaur was happy to take a bite out of Manu's Elmo toy...
Manu used this rattle as a maraca all night 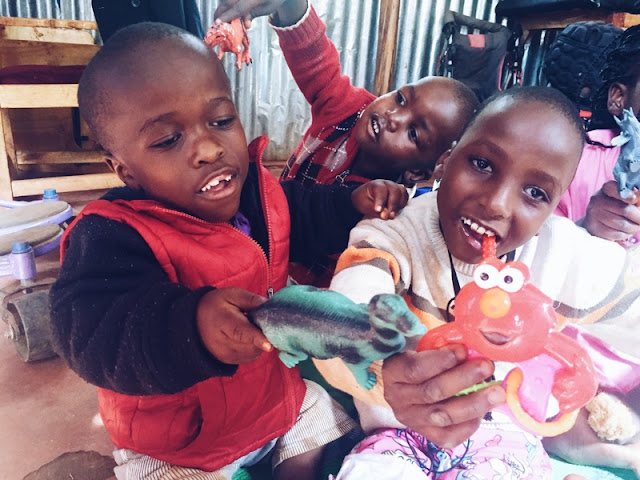 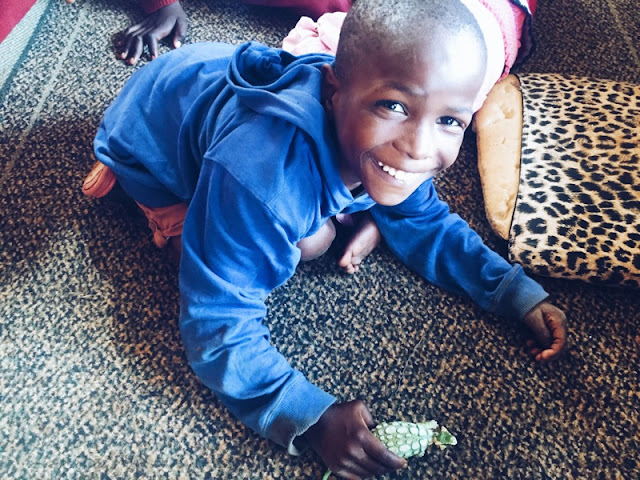 That night at dinner, Allan made sure his dinosaur ate plenty of kale, since his is an herbivore. 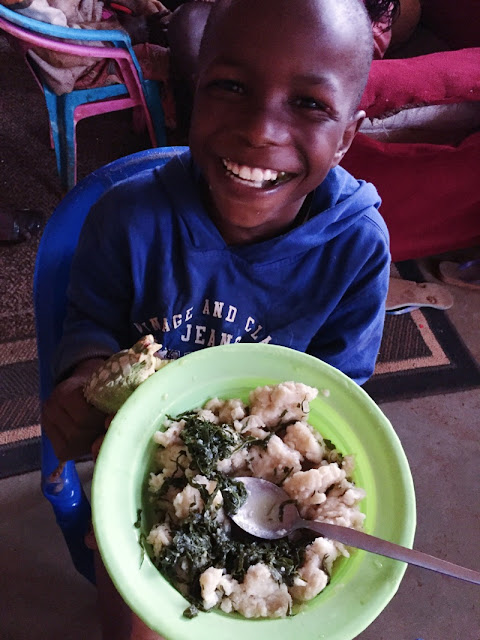 A few minutes later, we heard Moses screaming. We could not figure out what was going on...but quickly narrowed it down. He is terrified of the toy dinosaurs! Fortunately, he chose a small blue race car and has been rolling it back and forth down the hallway for days. He loves it! 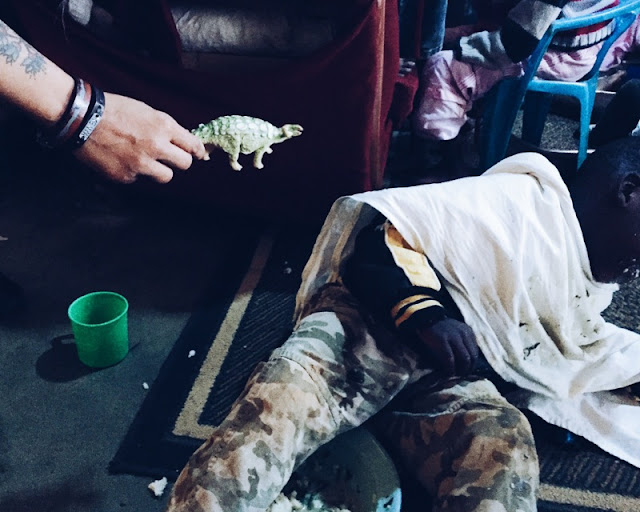 Thank you, so much, for those of you that have been following along through facebook, instagram, and/or this blog and have fallen in love with these kids from afar. We are so grateful for your gifts and care...and, based on the giant smiles in these photos, I'd say the kids are pretty thankful, too!
Posted by Allison at 6:00 AM