On This Lovely Sunday Afternoon

The Sunday before Bre left was a beautiful day. We slept in a bit (which we hardly ever get to do!) and then took a few kids to lunch. Manu had never been to town before, so it was a big day for him.

He looks miserable in this picture, but I promise he was having a great time. He ate all of his chicken and fries and drank most of his soda. He also loved the acoustics of the building and hollered every few minutes to hear the echo through the building. 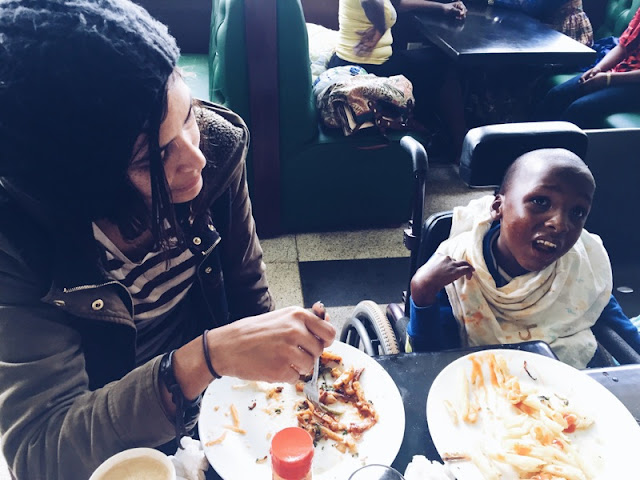 We drove out to drop-off Jabal at his grandmothers house for a week-long visit and, while we were in the neighborhood, we stopped by to see Male's family too.

On the way home, it was time for a dance party. I tried Justin Bieber, Katy Perry, Taylor Swift, and Gnarls Barkley...no one seemed to really get the excitement going like Nelly. Who knew? Manu loved it! He danced and fist pumped, took off his own jacket and then tried to take off Bre's...it was almost as if this kid has understood English this entire time and knew what the silly song was saying! We could not stop laughing--and, of course, the attention just spurred him on! 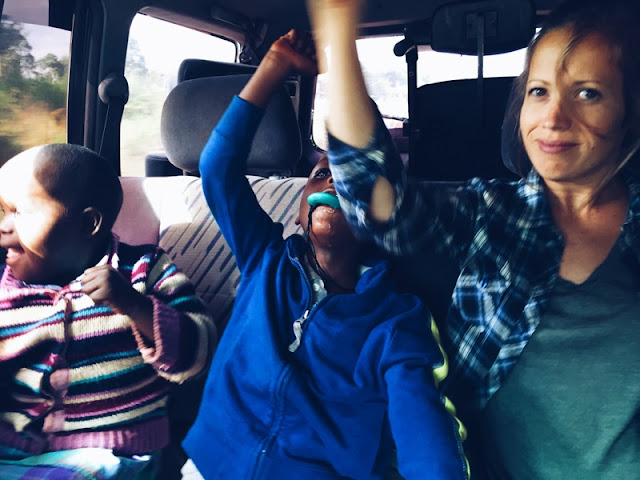 We arrived back at the kids house about an hour before dinner and everyone was out front running around and playing soccer. Sammy jumped right in to the game. 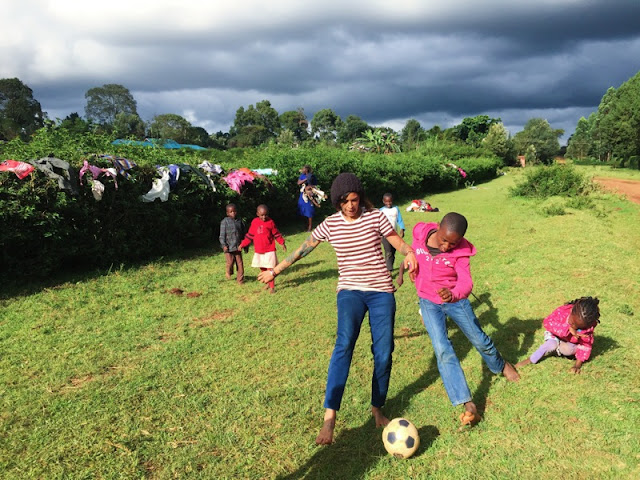 Sammy B chose to watch from a distance. 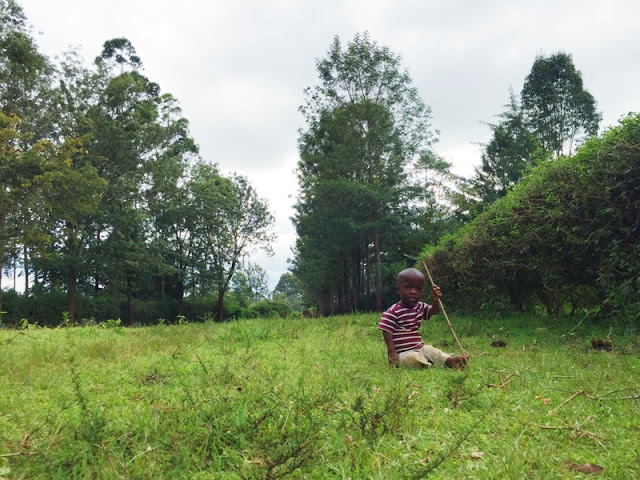 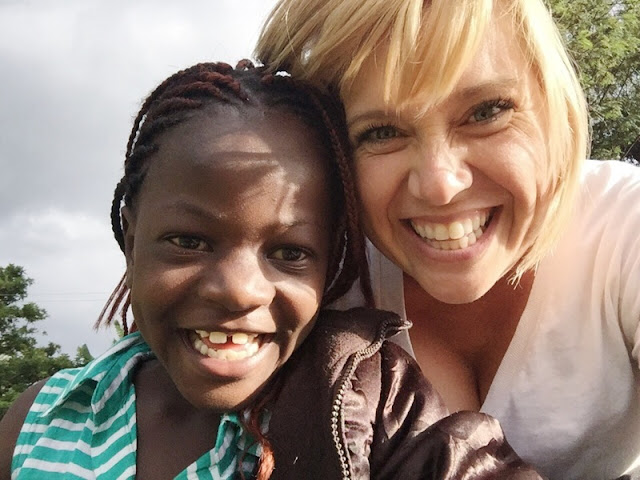 Zippee was having a great time climbing all over Bre. 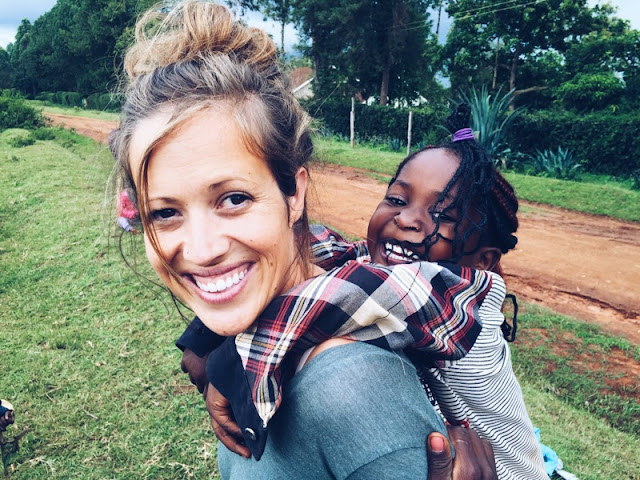 She was so determined to give Bre a piggy back ride...and then was so proud of herself 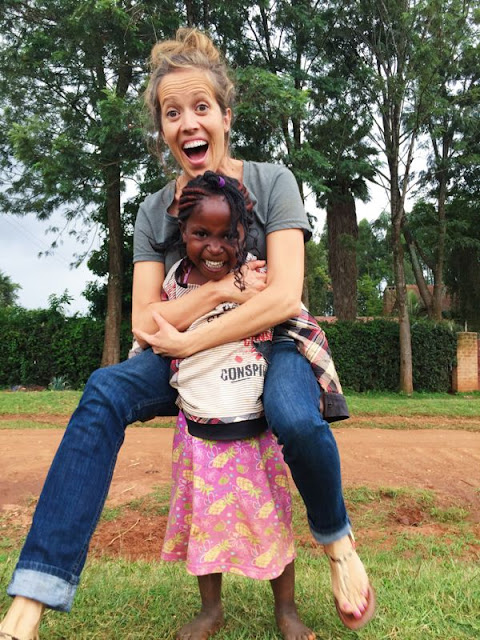 Sammy and a few of her favorites: Zippee, Zablon, Quinta, and Allan 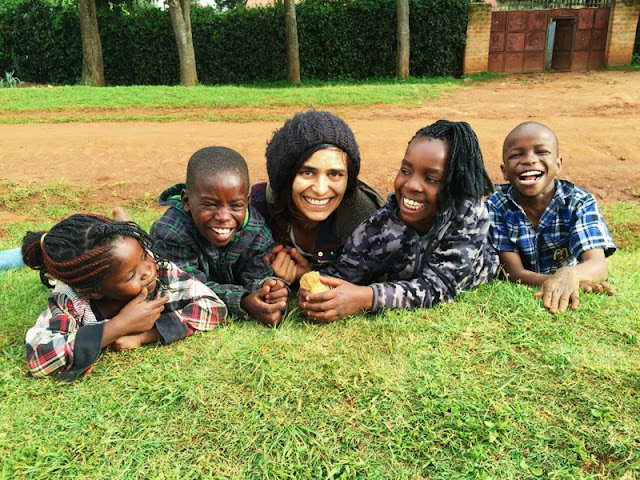 Quinta and Zablon often compete over who can sit the closest to Sammy for the longest amount of time. 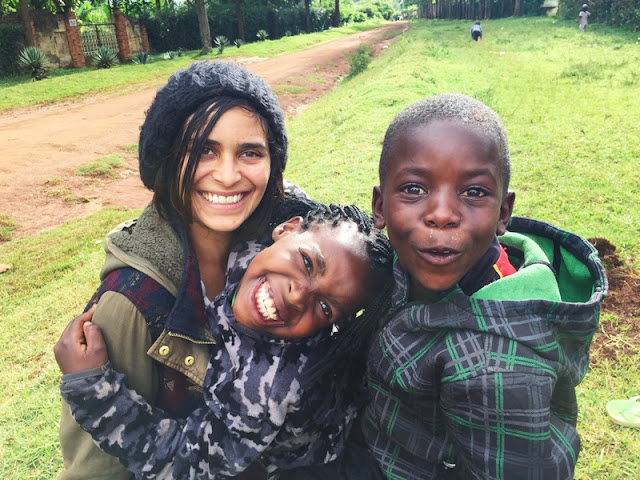 Once the rain set in, we brought the kids in to the house and ran home to change our clothes for a muddy, potentially power-less Sunday night. We came back to chapati and potatoes...and that, mixed with a cartoon and some sleepy, snugly kids makes for a perfect Sunday night!
Posted by Allison at 7:40 AM