Beading The Day Away

Bre was set to leave on Tuesday morning, so we had to get moving to cram all of the remaining crafts and adventures in to this one day!

But first, a nice warm cup of tea, shared with a friend. Even if that friend drools straight in to the mug. 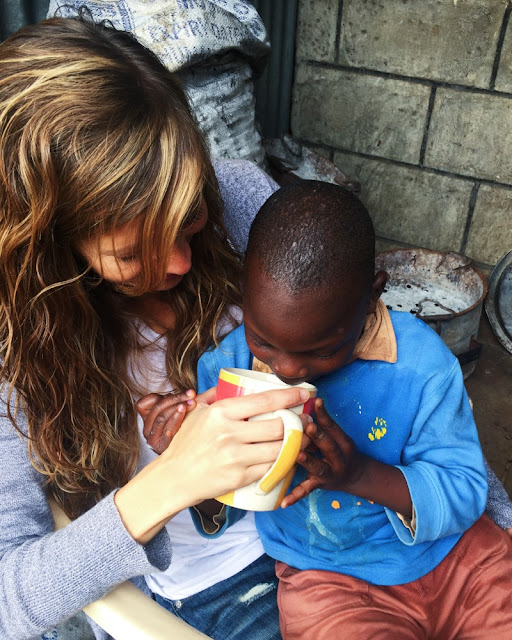 Bre had packed a giant tub of perler beads with the hope of having each kid make a small design of some sort. When we talked through the fine motor skills needed to do these crafts and the number of kids that would not be able to participate because of it, we tweaked things a bit. Sammy had a Ziploc filled with embroidery thread sitting on the bookshelf, so decided to make bracelets instead! 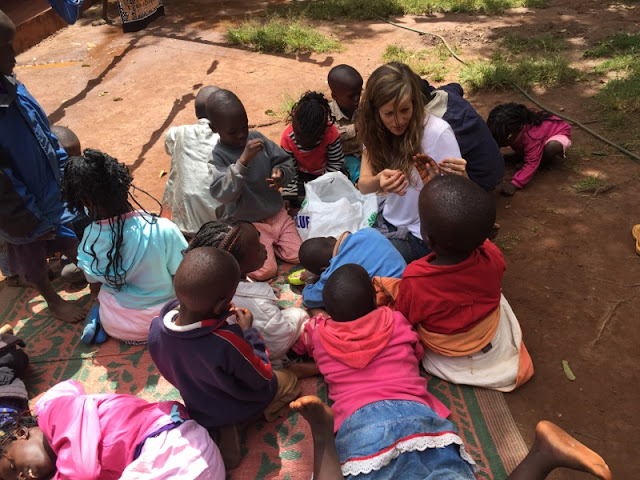 Everyone gathered around Bre and worked on bracelets and necklaces...they even made small ones for those who could not make their own. It's a sweet, thoughtful family at Precious Kids Center. 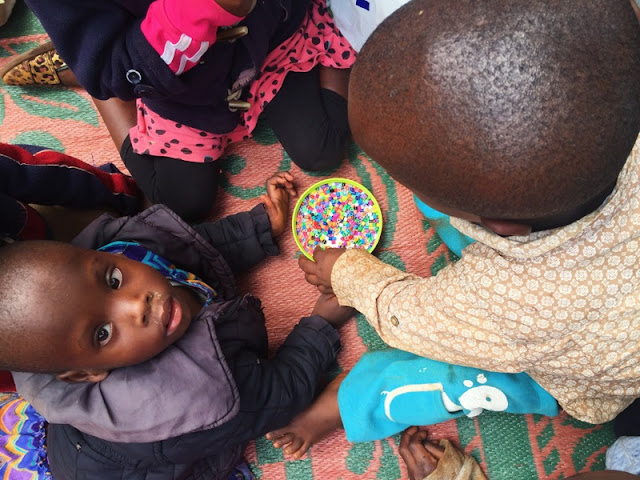 Sammy's necklace was huge! But he couldn't get enough of the beading fun. 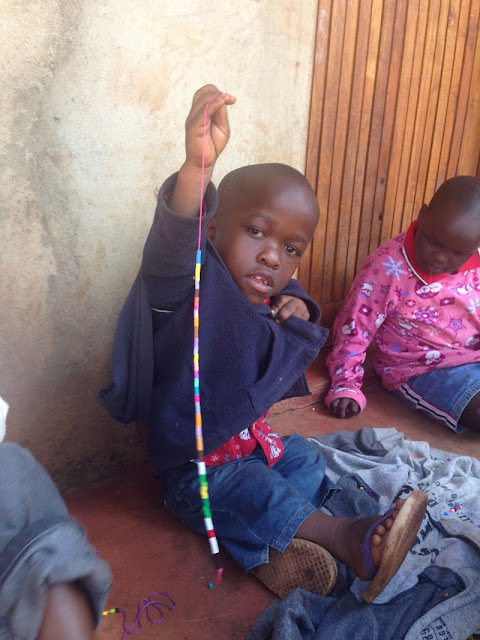 The next morning, I arrived at the house to a backyard filled with beaders...even Willie wanted a turn. 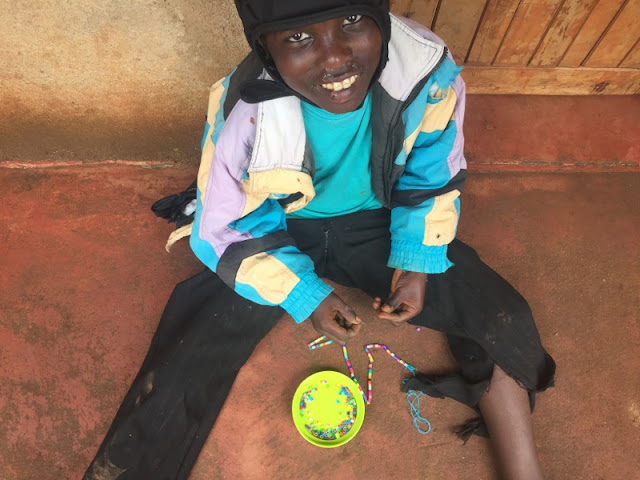 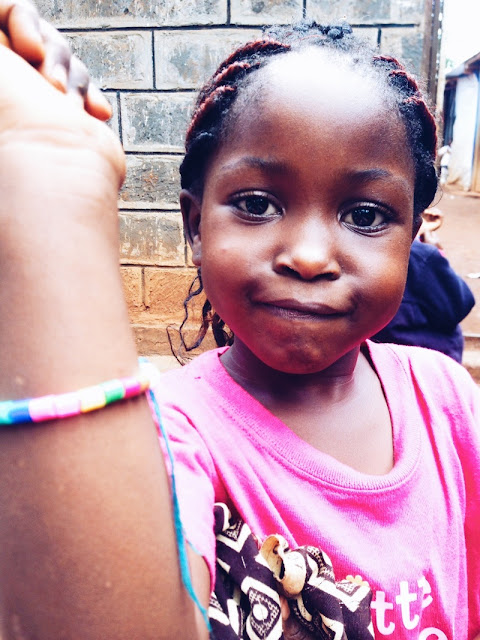 Zablon was so proud of his necklace and I wore one made by Junior all day. It felt like a fancier version of a macaroni necklace. 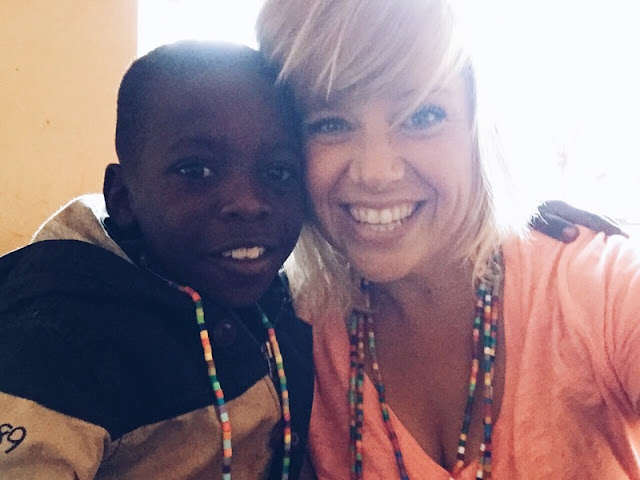 A few of the older kids got really fancy with their beading... 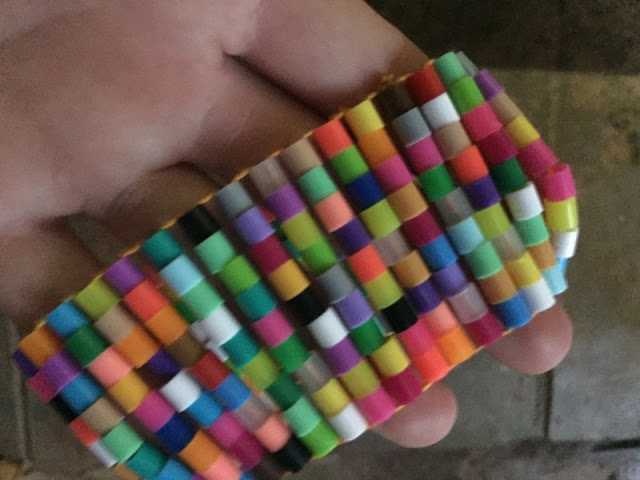 And incredibly patriotic as well {the colors of the Kenyan flag} 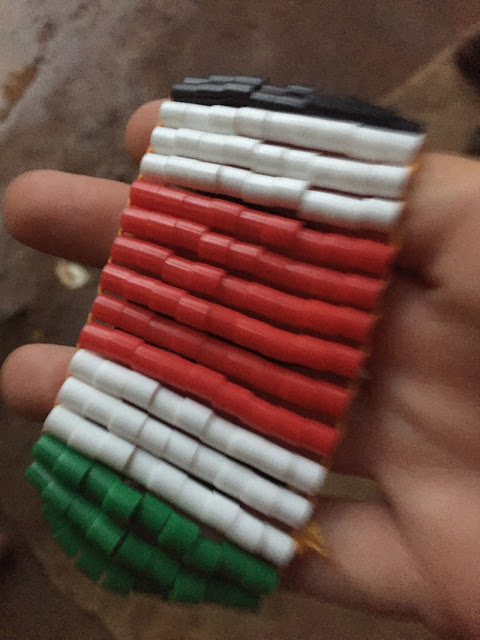 After lunch, we made a trip to Shimo (yes, again...two days in a row--for good reason! More on that tomorrow!) When we returned, Bre sat on the back porch while Marvelous and a few of the house moms made beaded accessories. {This craft was a hit for days!} 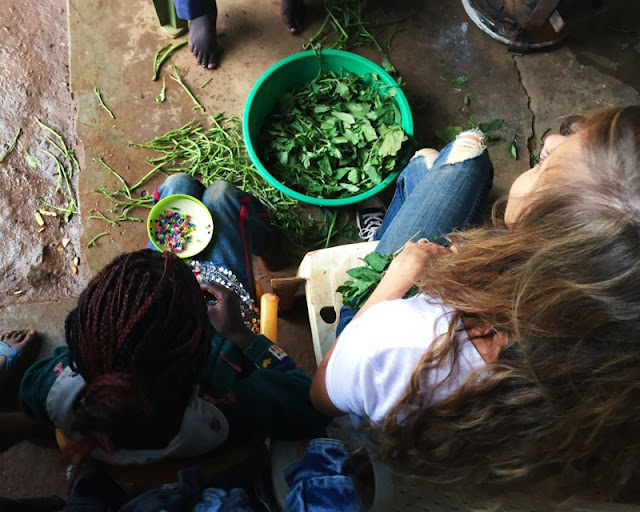 Having Bre here was such a treat for all of us. I, for one, loved having another friend to sit and chat with during rainstorms and blackouts. {Since I'm pretty sure Sammy's all talked out after a few hours with me...she's a woman of few words and, most days, I have no shortage of them.}

The perler beads were an absolute hit! For about $10, they provided nearly a week's worth of endless entertainment for both the little kids and teenagers--both boys and girls. I was amazed! {And, surprisingly, very few beads were found strewn about the living room...or, that we know of, shoved in noses!} Well done, Bre for choosing such a fun craft...and for having the patience and determination that I did not to sit on that mat and help a dozen small children string beads!
Posted by Allison at 10:37 PM