Slower weeks are few-and-far between around here...and this week has been one of them. This is not to say that nothing has happened, but simply that, in the aftermath of a month of visitors and then back-to-school season, it's nice to have a day or two when I'm covered in dirt from carrying children back and forth around the compound.

Here are a few of the "normal" week shots from around the kids house.

Willie and the girls built a fire after breakfast one day using a deflated playground ball and some orange flowers. 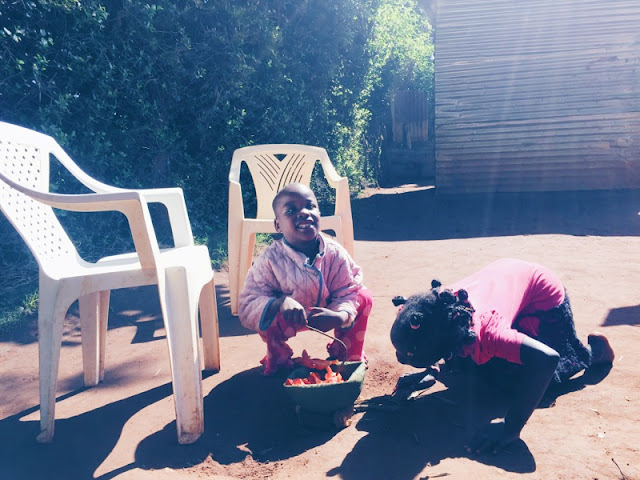 The morning the day scholars went back to school, we arrived at the house to find Junior having seizures. Sammy rushed back to the house after dropping the kids at school and we drove him to the local hospital where he was diagnosed with a bacterial infection. The doctor confirmed that if Junior continued seizing after the infection was treated, it could be a sign of a malfunctioning shunt, which would require surgery. We're all very thankful that he's doing better this week, which means the shunt is in working condition! (A week with only a few trips to the hospital is mellow compared to some of the stories I've heard from Sammy!) 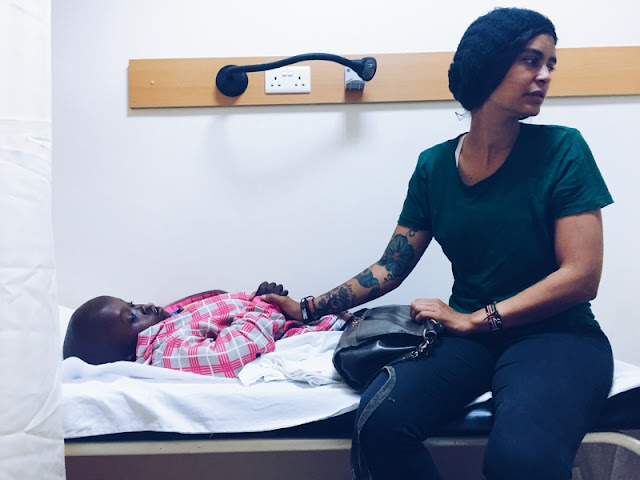 During lunch this week, Sammy loaded up the car with two or three kids each day and we went for lunch in town. Rael was having the best day with her chicken, fries, soda and vanilla ice cream! 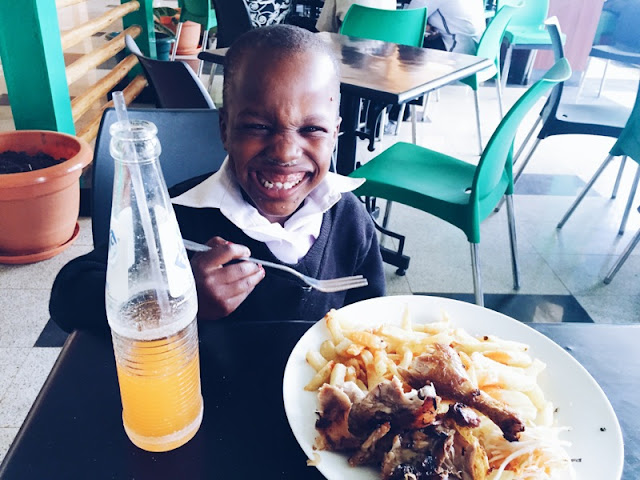 The new Precious Kids School uniforms were delivered and Willie was a little jealous of the girls trying on their new dresses. 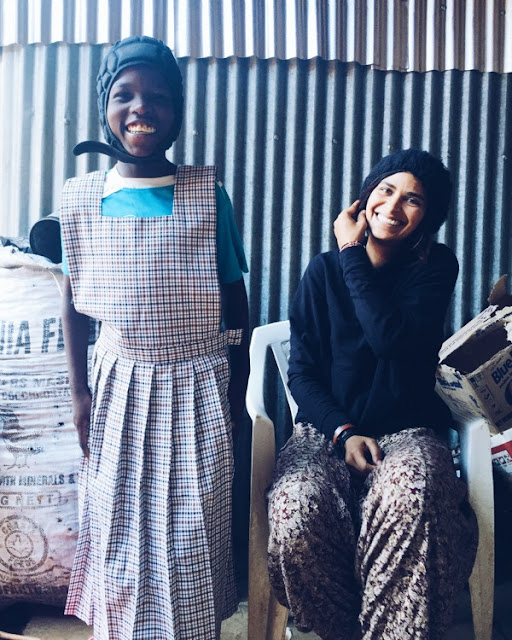 Each uniform was marked with initials, but Sammy asked me to mark Suzie's with a butterfly: her nickname since she flits around the compound all day (and, often, flaps her hands around.) Suzie wasn't nearly as excited about it as I was. 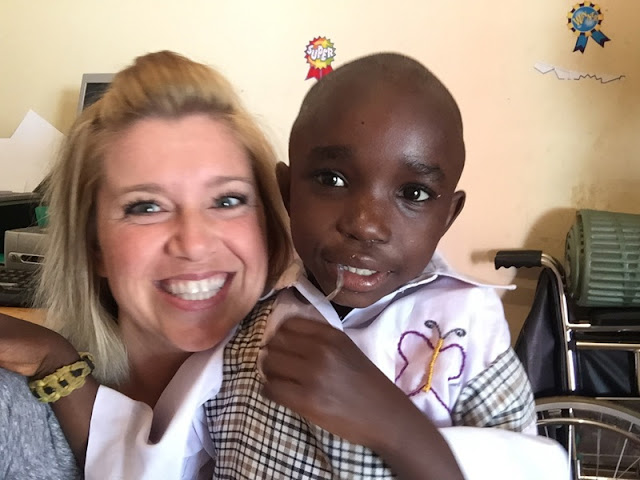 The public school teachers are on strike--and have been for the last two weeks--so several older siblings of the kids who come to school at the center have been hanging around. JJ and his sister Esther are among this group. 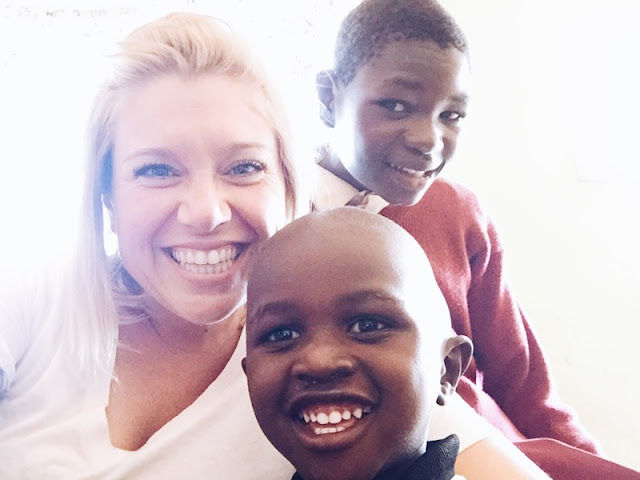 Speaking of JJ, check out the difference a few months and a brand new uniform can make! 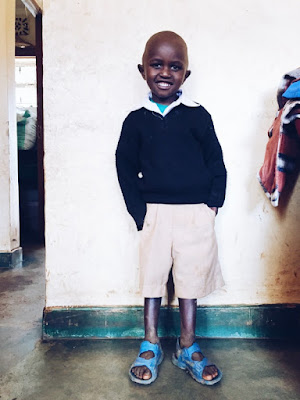 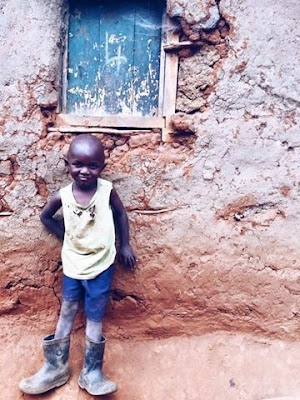 Bram loves his new uniform too! 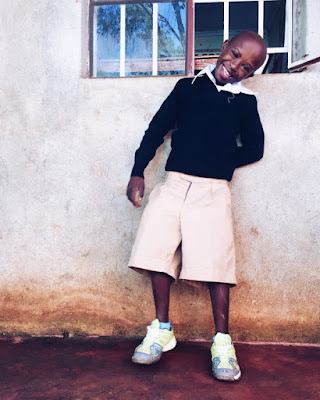 And his drawing of me and Sammy was given high marks by his teacher. 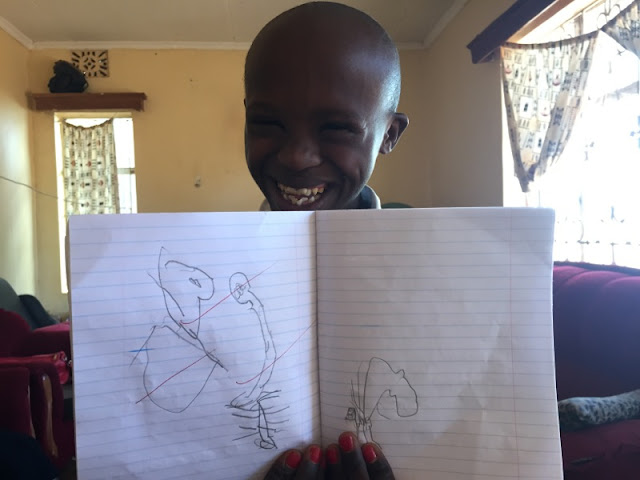 This compound is bursting at the seams! Another make-shift classroom was built this last week to hold all of the school kids. In the meantime, they worked on Maths and English outside, and crammed in to a room with another class for the remaining lessons. On days like these, it's fun to document the current state of the property knowing that, in a few short years, when the new site is up and running, it will be so crazy to look back and marvel at how much was done on this first PKC compound. 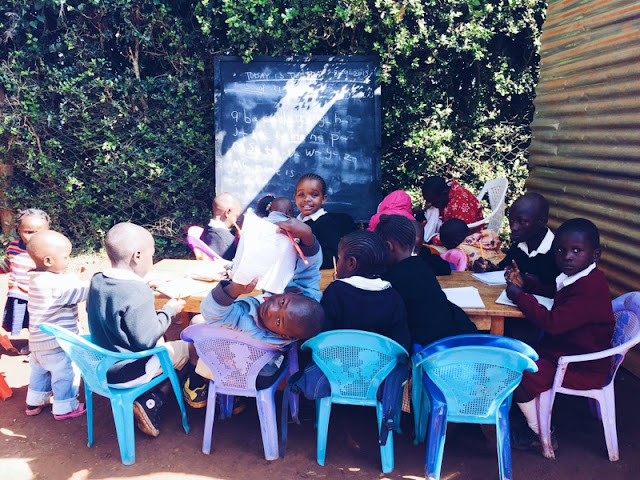 I was, obviously, more of a distraction than anything else. But, their sweet faces and the beginner's penmanship was too cute to pass up. 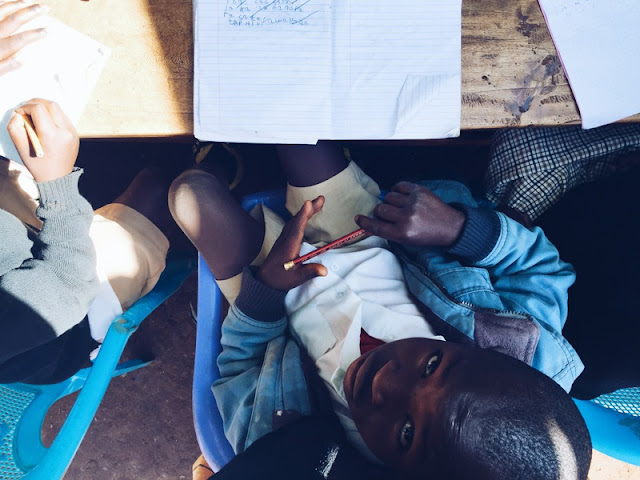 We found a new pet. He was at the front door to greet us each evening for an entire week. I named him Cute Gingrich (I know he's not a Newt, but I like puns, so sue me.) 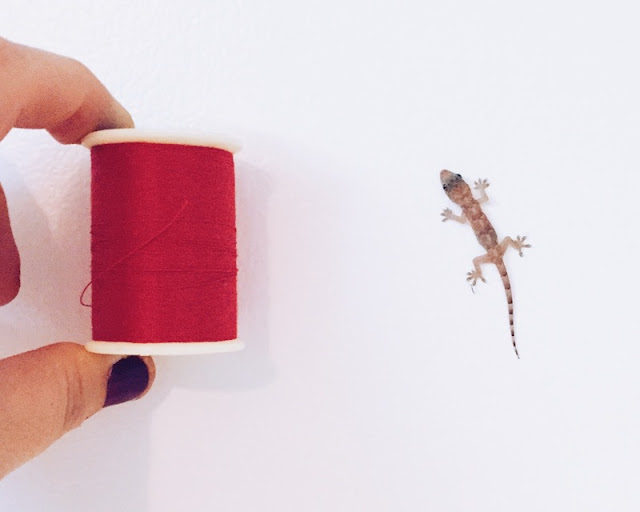 One lovely afternoon, we took a few hours to ourselves. Sammy took a nap I sat out front and enjoyed the rainstorm. It was really great. 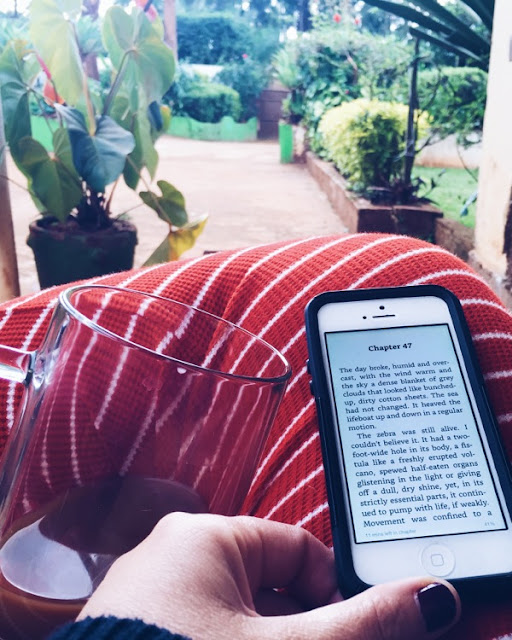 And, just because I like you so much, here are a few more side-by-sides. 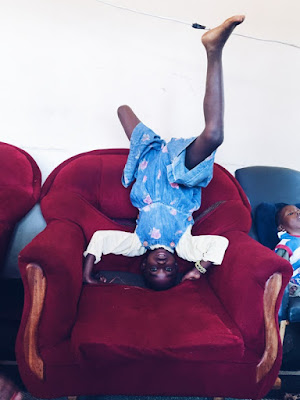 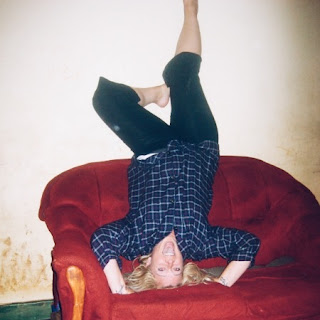 Which would not be complete without also depicting the daily Suzie/Cyril conflict: 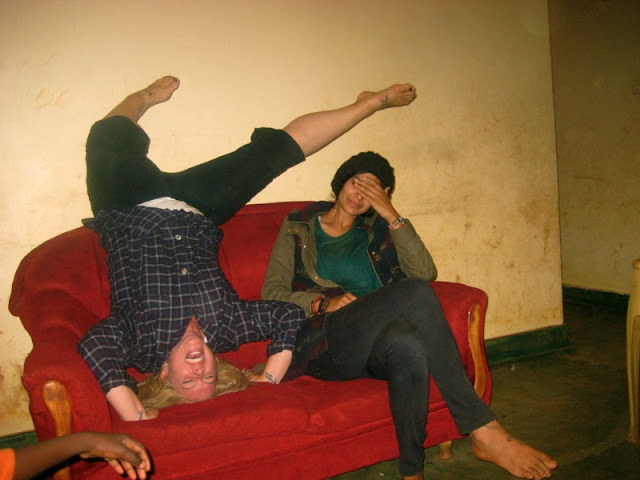 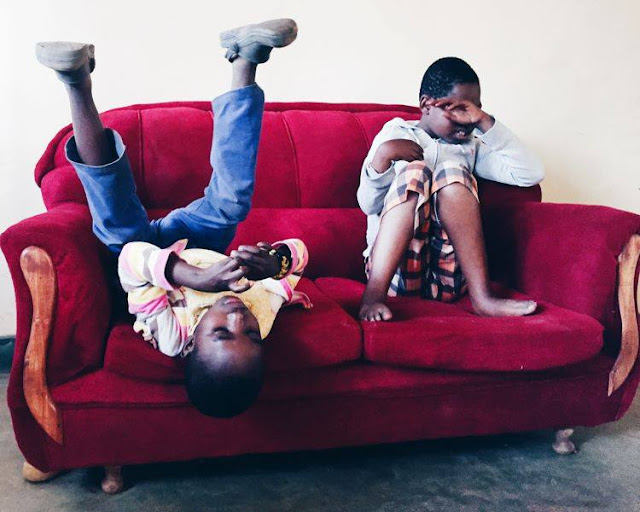 There are a few really exciting updates coming your way soon! Thanks for sticking through this silly semi-photo dump in the meantime!
Posted by Allison at 10:27 AM