Quite The Musical Monday

It's a really good thing school is back in session next week. I mean, I'll miss having these kids around, but they're running out of ways to keep themselves entertained all day... 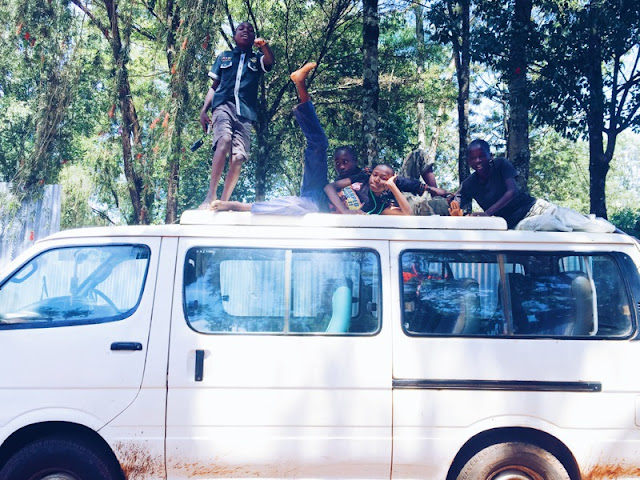 Suzie is pulled up there with them nearly every time now. I'm always afraid she'll jump straight off the edge. 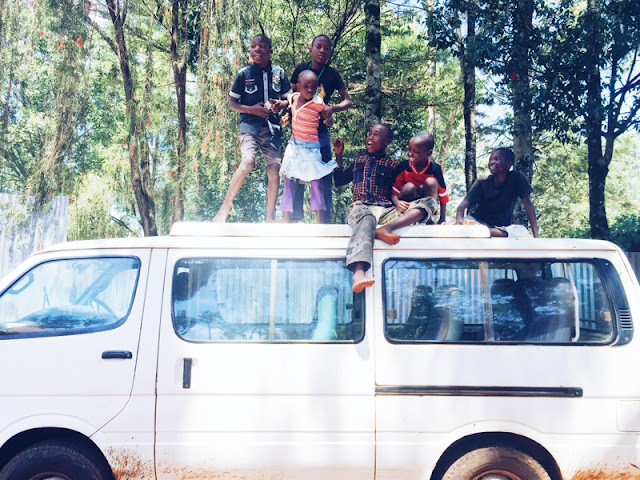 Now that the women who do the laundry know that I like to sew, they bring me new items everyday. I brought the bag with me today and spent most of the morning mending clothes and tracing a pattern for a water-proof pillowcase for one of the smaller (and drool-ier) kids.

When I walked in with the scissors and thread in my hand, Phoebe looked at Willy and said, "Look, Alice can help you." and Willie immediately took off his jeans and handed them to me. We all giggled as he walked, his long shirt covering his underwear, back to the house to get a new pair of pants for the day.

The entire time I sewed and Sammy wrote a blog post, Willy sat and listened to Justin Bieber's "Baby" and "TikTok" by Ke$ha...on repeat. I quite enjoyed his playlist, since these are songs I know all of the words to...Sammy, on the other hand, was not as excited about it, but loves Willy enough to let him play what he wanted.

At lunch, I sat with a few of the kids and then went to town with Sammy to pick up a few school supplies as a surprise for some of the secondary school kids who live on their own.

Around dinnertime, as we drove back to the kids house, we were greeted by a handful of boys out front racing around on their bikes. While we were still in the car Sammy said, "I think I have to have a bike race tonight." She did just that. (Unfortunately, she lost...but we can blame it on the bike being too small and the road being too bumpy for a fair race.) 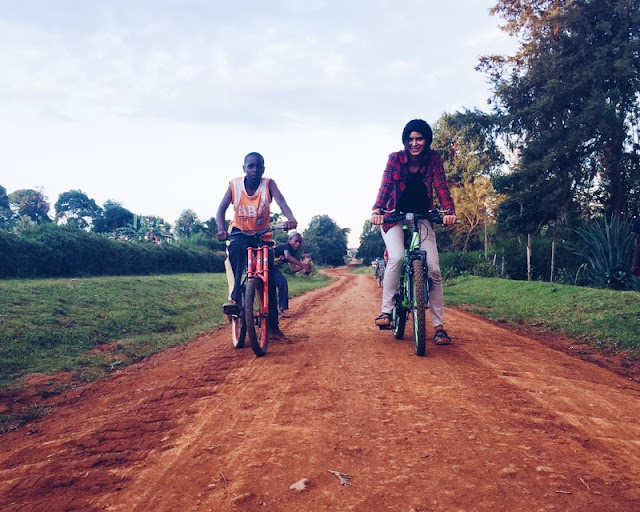 My sunglasses have been a big hit--rightside up or upside down. I told Jabal he looked like an alien with them on like this...Sammy blamed in on too much Roswell. 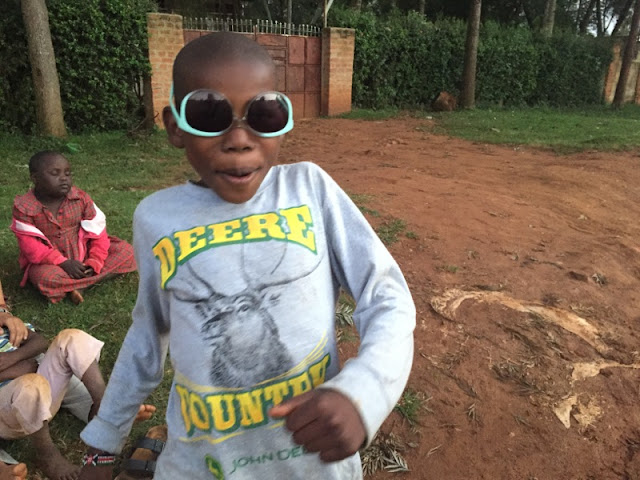 Sammy sat down in the grass and Linah immediately said, "Watch this!" to which Sammy replied, "Oh yeah?! Watch this!" Needless to say, everyone wanted to try after that. 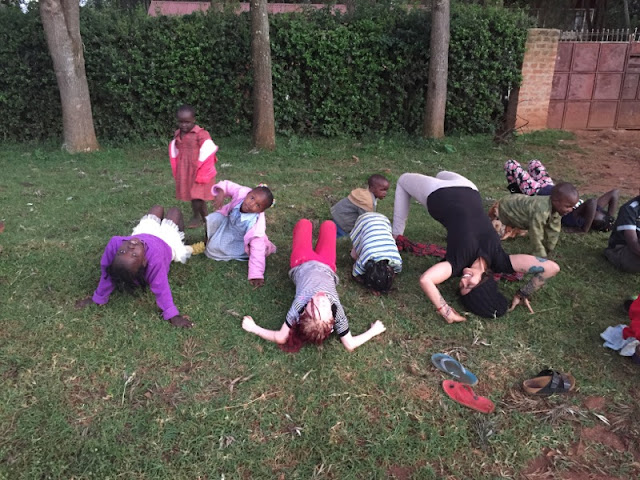 Anytime the camera is pulled out, at least two additional faces pop in to the frame. At least they're really cute faces! 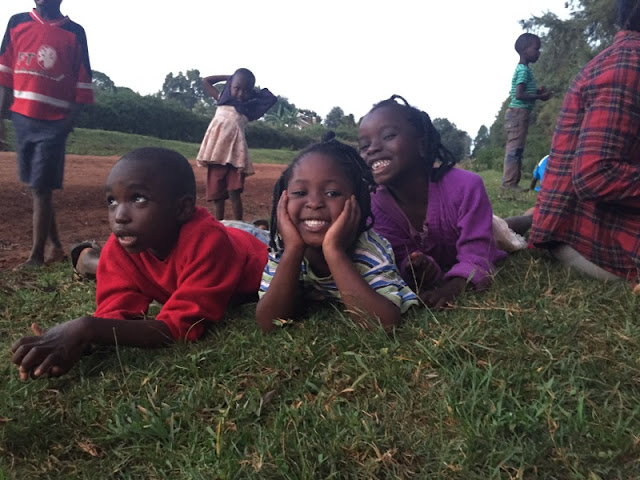 Suzie is finally figuring out how to smile for pictures! She laughed as she watched this picture happening on the front-facing camera. Dang I love this kid. 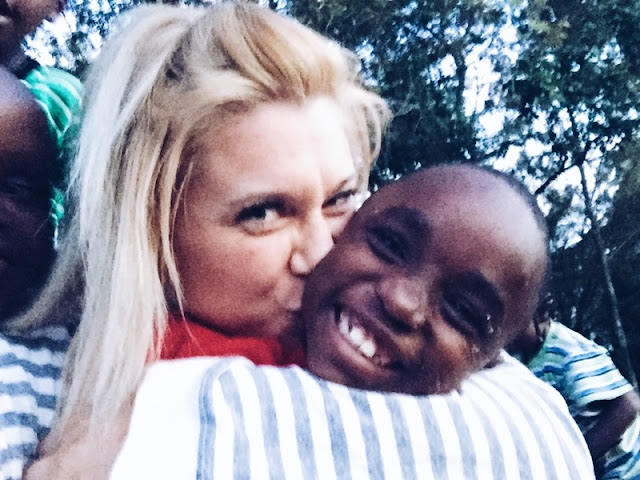 Once it was too dark to be outside, we moved in to the living room...and all of the kids who were sitting around Sammy, were not practically sitting ON Sammy. 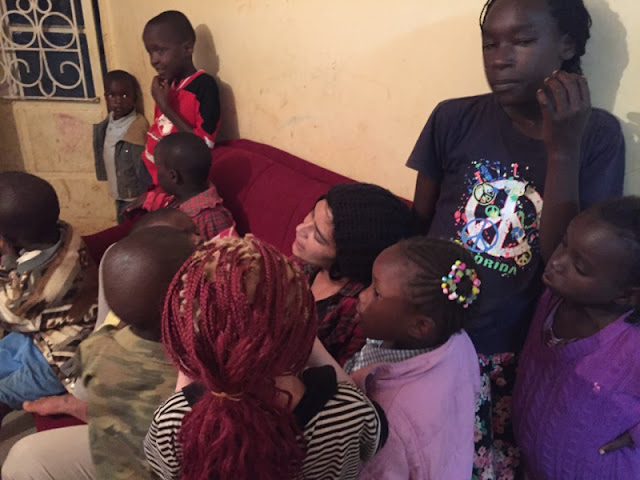 But Lillian and Maureen know, "The sun never sets on a cool person." 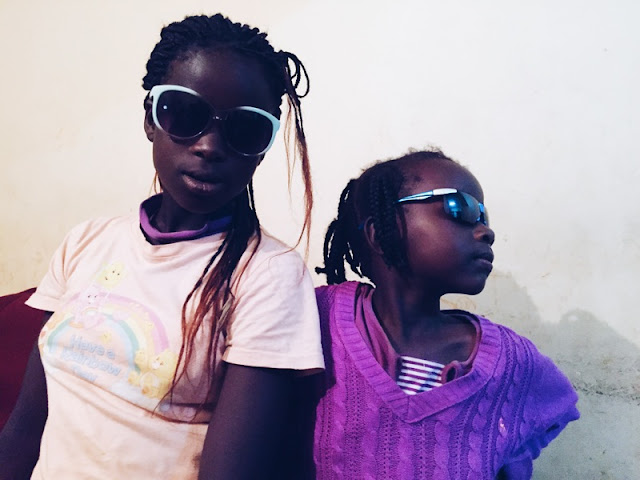 Linah wanted to play too: 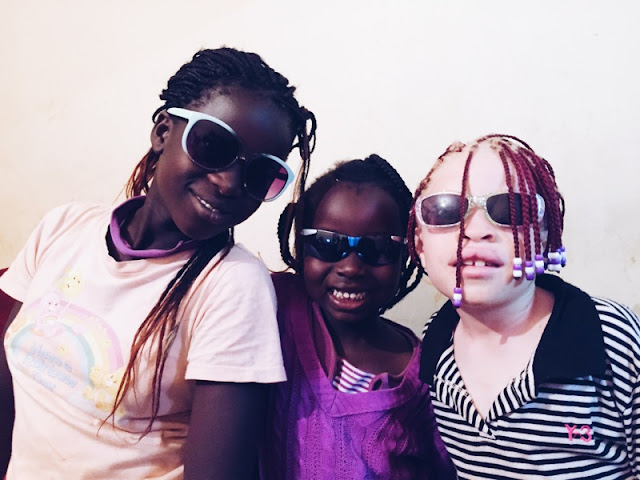 From here, we moved to the backyard where Suzie fell asleep on my lap and Sammy and I ate really delicious cabbage and ugali made by the house moms. All to the soundtrack of swahili dance songs mixed with Taylor Swift and Whitney Houston, of course. These kids love "I Wanna Dance With Somebody." And, really, who doesn't?!
Posted by Allison at 10:03 AM