With the team gone and Sammy not yet home, my plan was to "only do things I want to do" for the rest of the weekend as a way to re-cooperate after a very, very full week.

Friday morning, I stripped every bed in the house so the sheets would be fresh and clean for Sammy's return. I packed up the make-shift bedroom we'd built in the dining room, washed all of the dishes, and cleaned out the fridge (You may be thinking, "so much for your plan to take it easy..." but, I wanted to do these things!)

Once all of that was in order and our friend was hard at work doing all of the wash (she's a gem!), I headed to the kid's house. Most of the day was spent laying in the yard, taking it very easy! 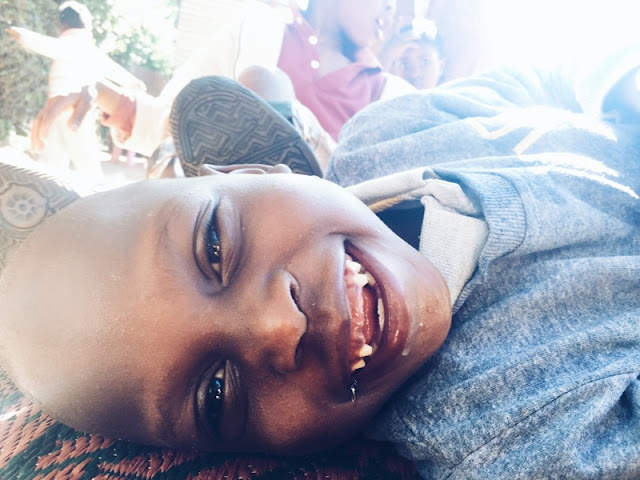 At one point, I had three kids pretending to nap on my lap. Pretty great afternoon, if you ask me! 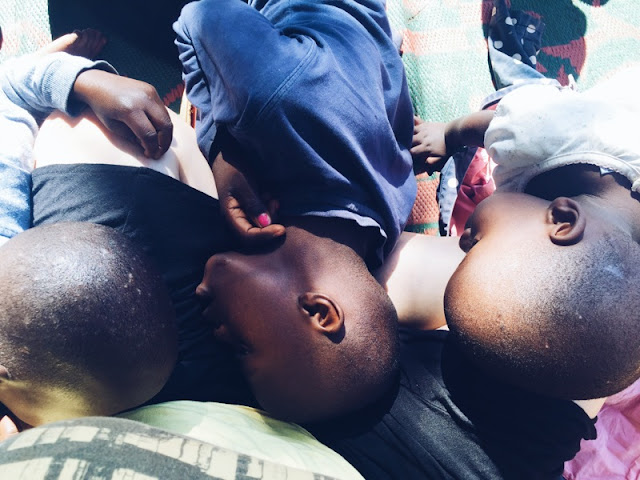 My mom sent a suitcase full of gifts for me and the kids with Sammy's mom...including enough Dodger shirts for the whole of Kitale! 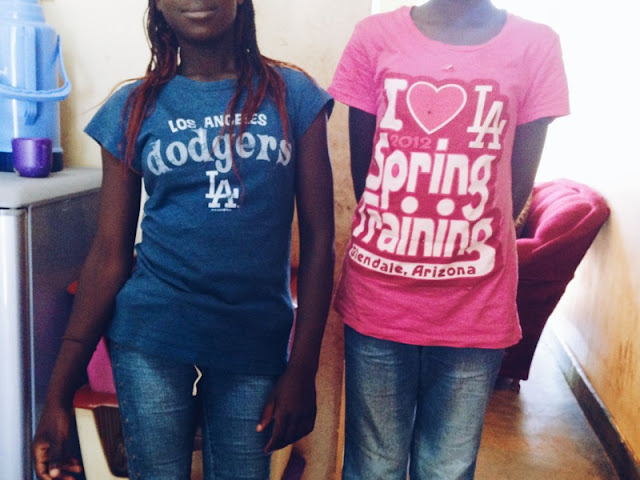 Friday night and Saturday morning were spent writing blog posts while watching Felicity on DVD, reading a book, oh, and a lot of sleeping.

After lunch, I was back at the kid's house. Just in time to watch Suzie and Cyril have a silent couch battle. 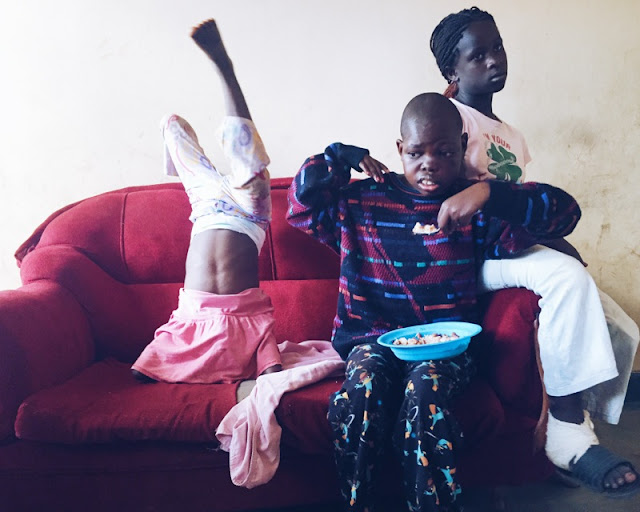 Round 2: how to watch TV (Cyril is a very slow eater!) 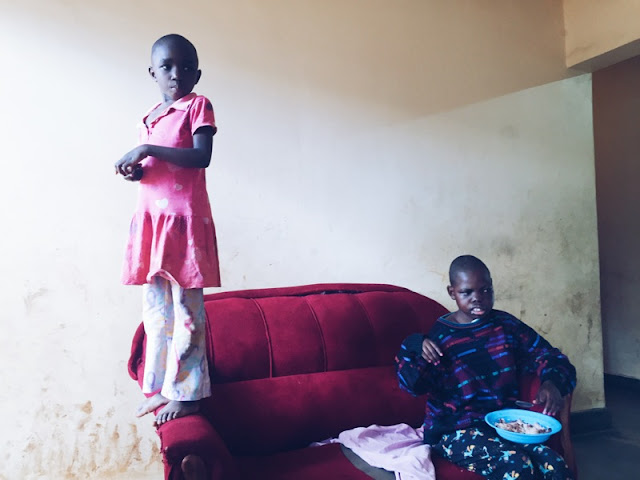 All week, as I had been pulling the van in and out of the center, the smaller kids had been asking to come along. Finally, I gave in and loaded ALL of the smaller kids in to the van (and some older kids to hold a few who can't sit on their own.) We got 29 people in to the 10 seats (yikes!!!) and made a slow (but very exciting) trip around the block. Most of the kids giggled and cheered the entire time, but Manu (who was in the front seat with Augustus) was the only one to cheer when he realized we were heading home. (He into the concept of car rides more than the reality.) 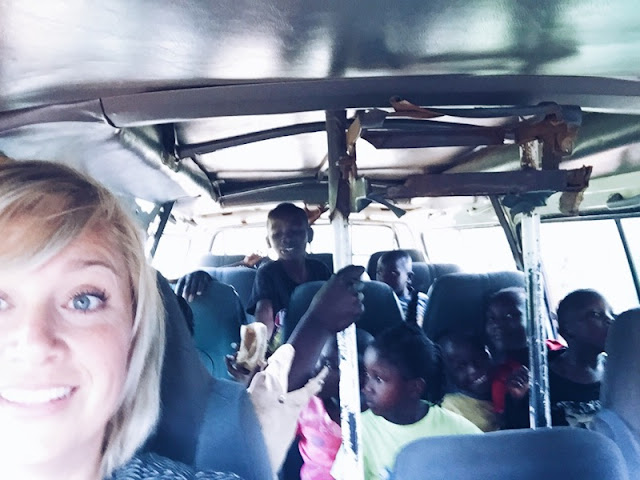 When we came back, a few of the girls ran back to get pieces of charcoal from the backyard. Slowly but surely, they drew a crowd...and some pictures. (Get it?!) 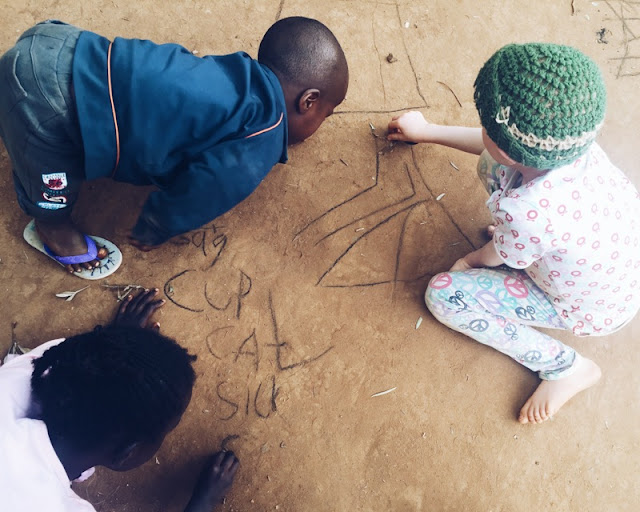 It looked too fun to pass up, so I drew my mom and dad and brother. Someone asked me to add my grandfather (who has become a fan favorite around here as I pass on his messages that "Manu takes great photos" or "Maureen is very cool!" They love him!) 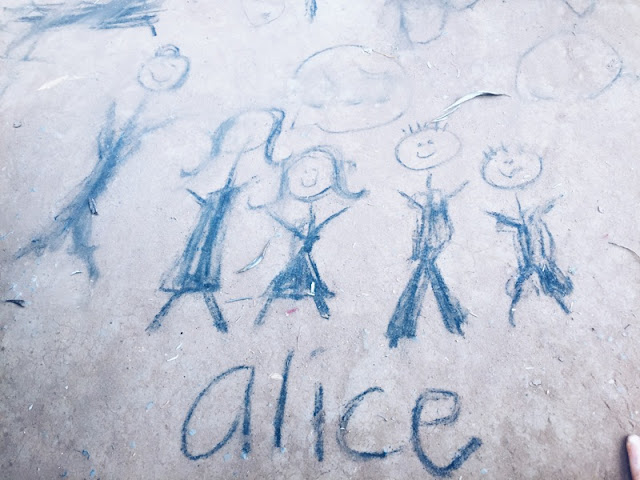 I had made one more promise that I made sure to keep: I told Lillian and Lucy that they could come spend the day at my house. We painted nails, (they had such a great time choosing from the dozens of color options sent by my mom and aunt!) and watched 13 Going on 30 while eating a huge bowl of popcorn and enjoying hot chocolate. 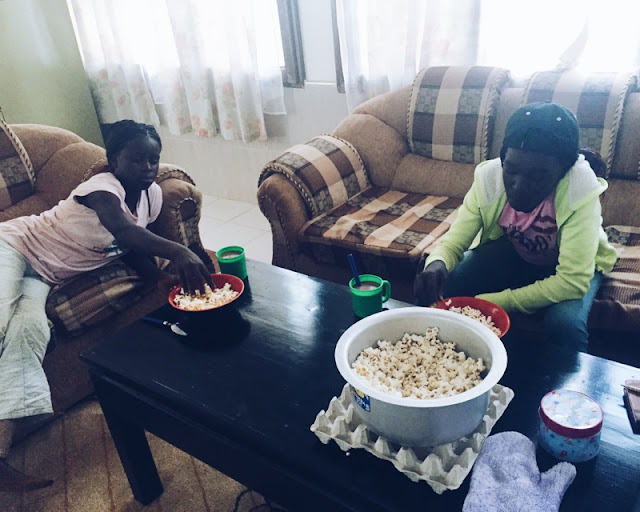 While I cleaned up, the girls climbed the tree out front and took home two mangoes each. And, since the van was out of gas anyway, we enjoyed some samosas from the gas station. (I told them they had to pretend to eat dinner so the other kids wouldn't be too jealous of all of the junk food they had eaten!) 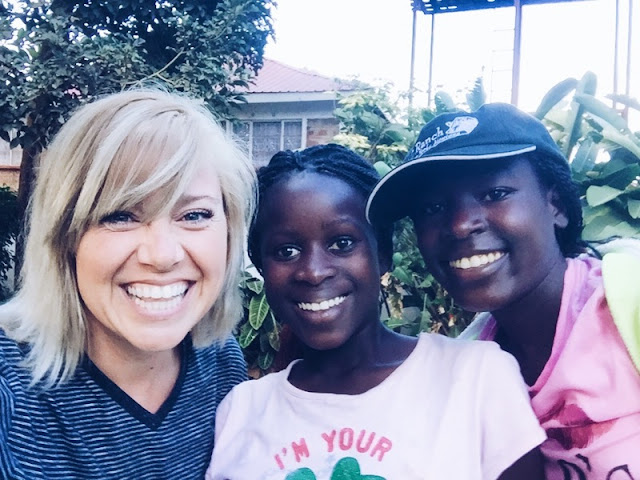 I hung around for dinner at the house (and even a quick dance party)! 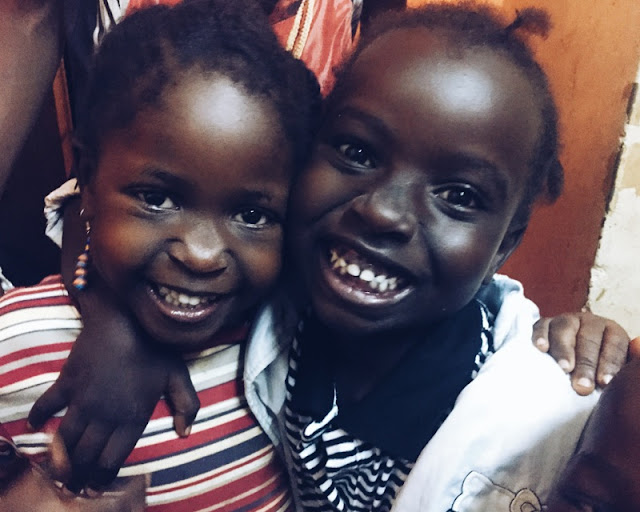 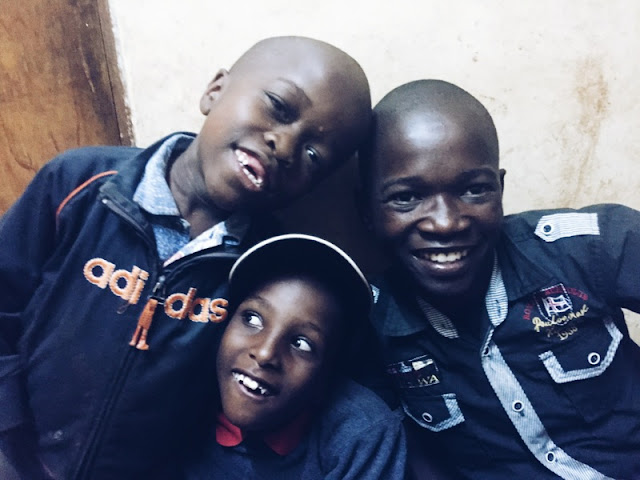 This picture makes me laugh every time I look at it. Julius was not in to these glasses! 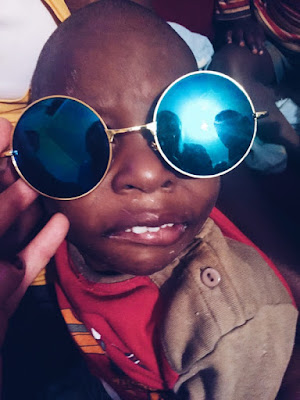 Sunday morning I woke up early to meet Sammy and our friend Caren at the Kitale Airstrip. Here's the plane they took from Nairobi--I'm pretty sure they made up the majority of the people on the flight! 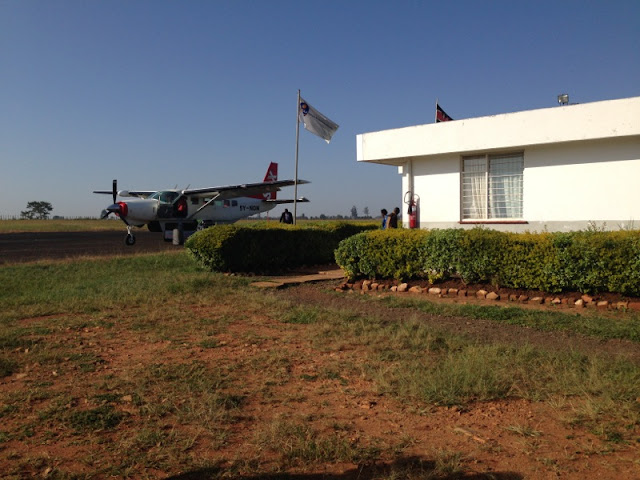 Sammy needed a nap after a long week and a very early morning, so we went home. I wrote a few more blog posts (and enjoyed a nap myself!) before we went for Sunday Night dinner at the kid's house. They hadn't seen Sammy in a full week, so they swarmed her as soon as we arrived! 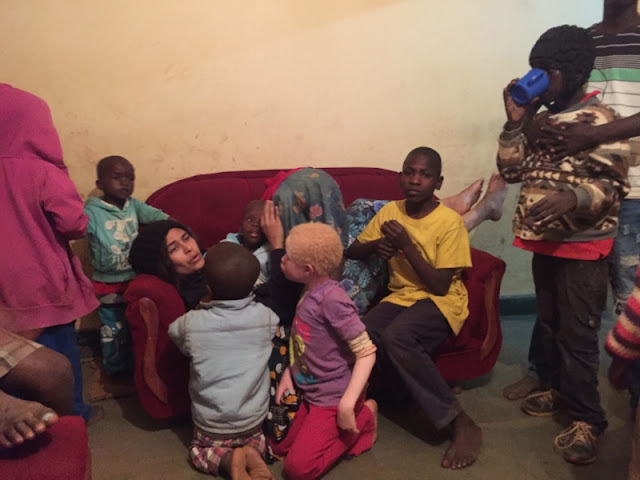 Sunday nights at the house is always madness--especially when it's been raining and they've been cooped-up inside all day--so we called it an early night.

As much as I loved my alone time, it's been really, really fun to have Sammy back. Our week has been full of adventure, moments of childhood, lots of laughter, and even a good amount of rest (so many stories to come!) AND we've been watching my favorite show, Veronica Mars, each night before bed! (!!!!!!!!)
Posted by Allison at 12:49 PM