A Monday Of Childhood Moments

Monday morning, bright and early, we made our way over to Precious Kids Center. Sammy said the only "must" for the day was to take Allan and Manu to the doctor. So the morning was full of playing and lounging. 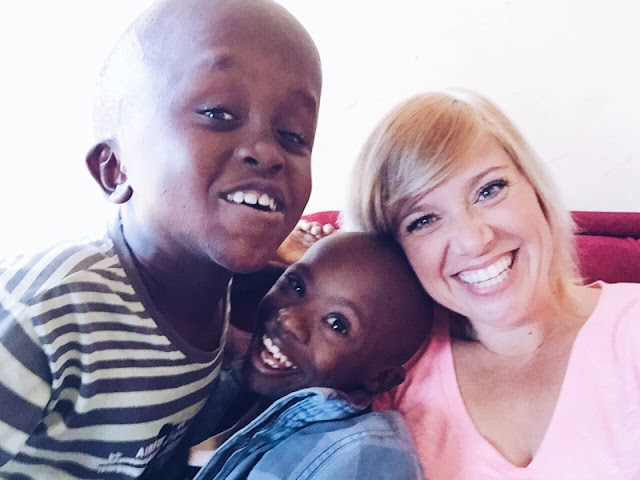 Phoebe and Sammy carried Allan and Manu to the van and we drove to the local hospital. The two boys sat and waited to be seen by the doctor. (Manu is his breakaway pants and Spongebob shirt...) 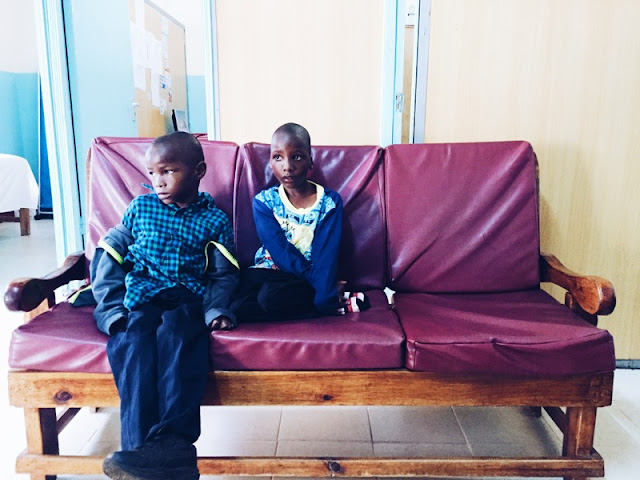 Each of them had blood drawn (with only a few tears) and then waited for results. Manu tested positive for malaria and Allan, typhoid and malaria. Since Allan can't swallow pills, (he threw up painkillers two days in a row) they put an IV in to his arm so he could receive injections over the next five days and make his way back to health. It was rough to hear him cry as they installed (you can call it that, right?) the IV, and then to see those big crocodile tears when he came back to the waiting room!

In the meantime, Manu, Phoebe and I played peek-a-boo with his drool cloth, and Sammy checked to see if any of his teeth were loose--she loves pulling teeth! And Manu was going crazy for all of this attention! 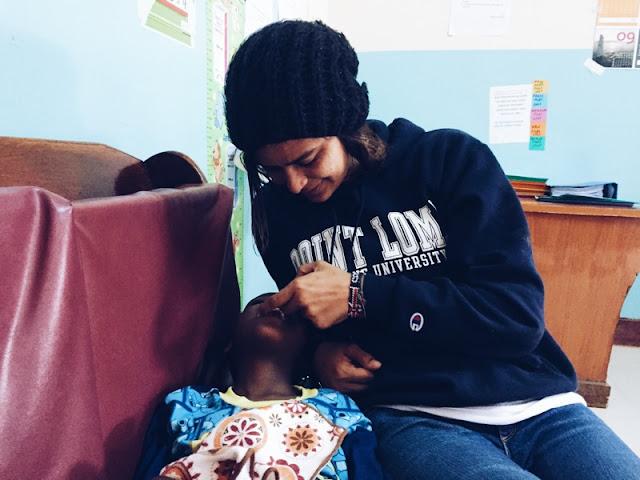 We came back from the hospital and headed to town to make a very exciting purchase. Hillary is sponsored by our friend Gennadiy, a Ukrainian pastor who was on the team that was in town when I came in February. He has a huge heart for street kids all over the world--he has adopted about 25 street kids in Ukraine! This week, he sent Sammy money to buy Hillary a bike.

Hillary was trying so hard to play it cool, but was obviously excited. When I asked him if he knew which bike he wanted, he immediately told me about one he'd seen last time he was in the store. We headed upstairs--Hillary trying his hardest to keep a normal pace--and he chose this green and black bike, which he rode all the way out to the parking lot. He jumped straight out of the car, grabbed the bike and headed out front with the other older boys (who were excitedly chattering about how cool it is!) when we got back to the house. 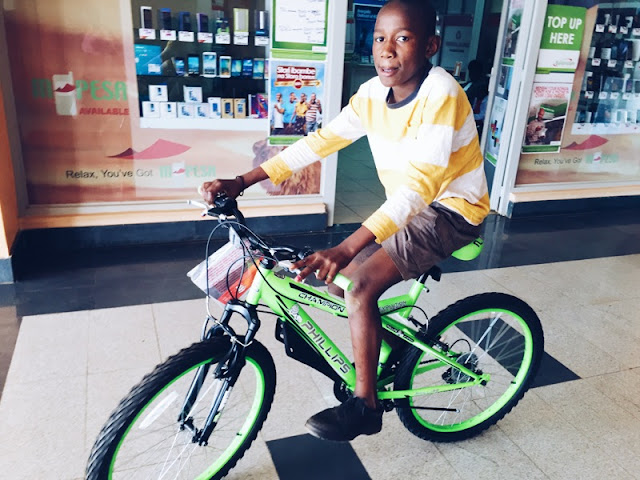 Earlier when we'd been preparing to leave for town, Cyril got up off of her favorite spot on the couch and walked out to the car. I've never seen this happen--she's usually very comfortable to hang out and watch the madness of the house unfold around her...she loves to laugh when the other kids get in to trouble--so Sammy promised we'd take her home with us that afternoon.

As promised, after lunch, we put her in the car and drove home. She followed Sammy around the house for hours--she sat outside while Sammy drank her tea, and curled up right in the middle of the couch where Sammy was trying to nap. We found a small purple clip with a flower on it and she pretended to smell the flower for a solid five minutes, until Sammy gave her a small plastic bag which she crinkled between her thumb and forefinger for nearly half an hour. Girl had the time of her life. 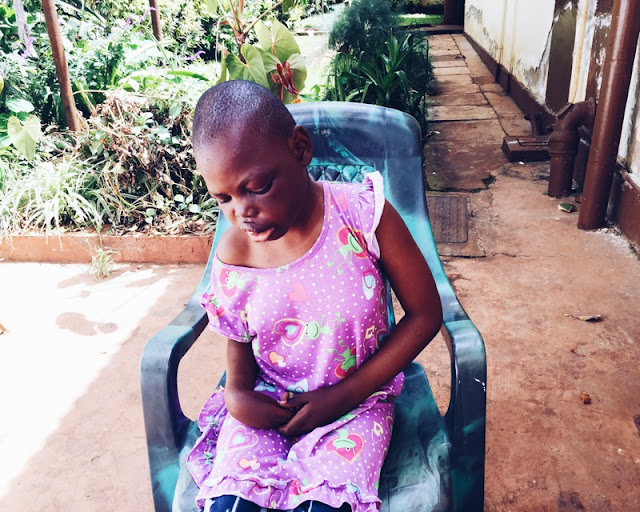 While Sammy took Cyril back to the kid's house (in the rain) I did some yoga (I know, check me out!) made dinner and thought about the fun, tangible moments of childhood that had taken place that day: peek-a-boo, first bikes, nap-time snuggles...each of these a memorable part of growing up. I love that these kids are able to have these experiences (even if it is years after most children.) Kids that were abused in orphanages, grew up on the streets, or were left alone in the house all day--now receiving one-on-one care, attention, and appropriate touch. These moments are just a small example of the beautiful redemption story God is writing in the lives of those at Precious Kids Center and I am so grateful to watch these unfold--and even be part of them--each day.
Posted by Allison at 5:00 AM

This is amazing. You are certainly where you are supposed to be right now!!
LOVE your stories!