Alright everybody! After a month of guests, it's about that time...that time to catch you up on the goings-on around here. Guests in town mean the days are PACKED with activities. And, typically, at least one ridiculous thing each day. Please be prepared for posts filled with photos (though I did my best to narrow them down considering I took 1,800 photos in the last two and a half weeks.) Here goes nothing.

The Monday morning after Sammy returned from Nairobi with her mom, sister, best friend and two others (Jordan and Kevin) arrived, we headed straight for Precious Kids Center. When we pulled in the gate, we noticed there were two visitors already inside: Dr Haymes and his wife Cherry. They were on the trip that helped me move to Kenya in 2008 (which my mom was also part of) and have known Sammy for years as well, so it was fun to spend an hour or so catching up with them before they headed to the airport. 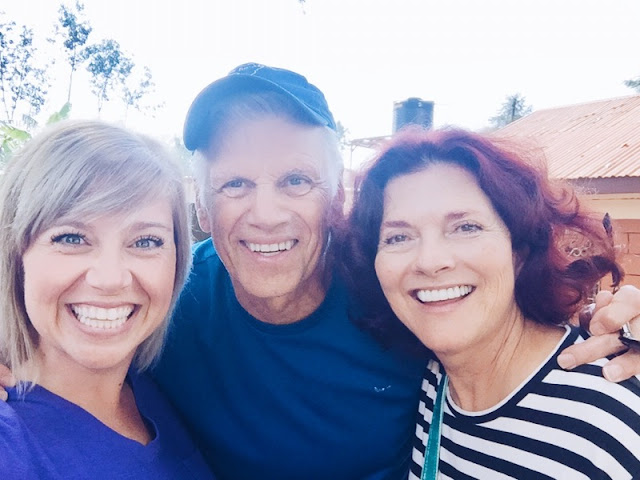 Greenfields Elementary was on break, but Precious Kids Center School was still in session, so the compound was filled to the brim with kids. Here are Joy and Maureen, two who are a little more mellow, which I appreciate in the midst of madness. 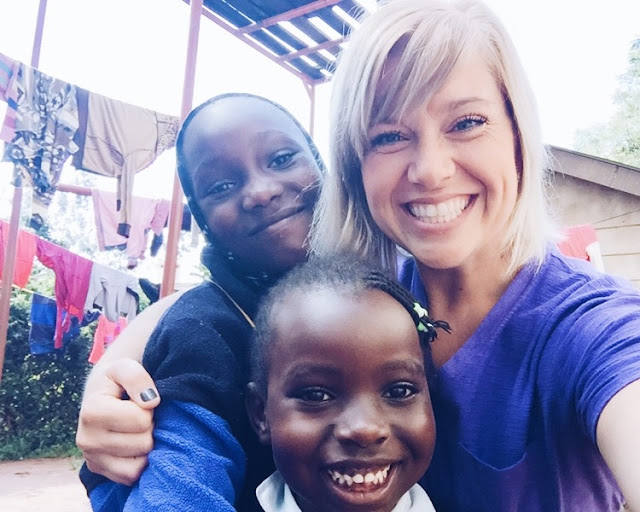 We were all off the hook once Kevin arrived. He had more energy than the six of us girls combined: he could go and go and go for over an hour--carrying kids, running around, ending up at the bottom of a dog-pile, etc--whatever the game was, Kevin was in to it, which meant the rest of us could get away with holding a kid or two and watching it all happen.

This was hilarious. A kid would sit in a chair and Kevin would countdown to launch and then pick up the chair and shake it and spin it around. The kids went crazy for it. They each grabbed a chair and lined up for their turn. 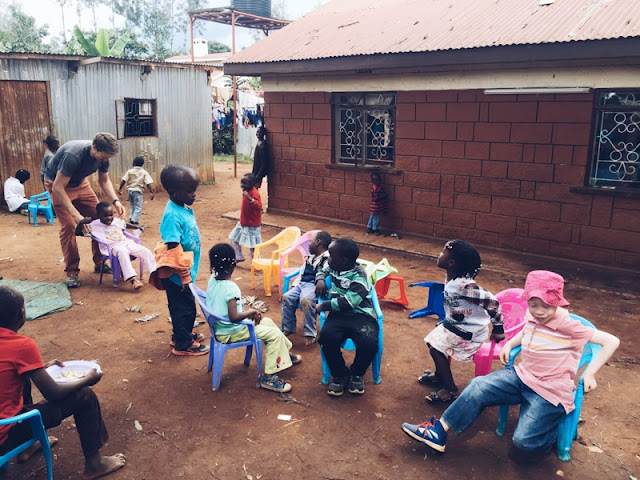 With school out for the month, a few of the house kids who have families (typically a single mom who can not provide for their kid(s) and understand that staying at the Precious Kids Center is the best option for all parties) head home to visit for a week or so. We packed up the van with kids and began the shuttle service around town...but not before stopping at the gas station, which is where we saw this gentleman--posed like this, just asking to have his photo taken. 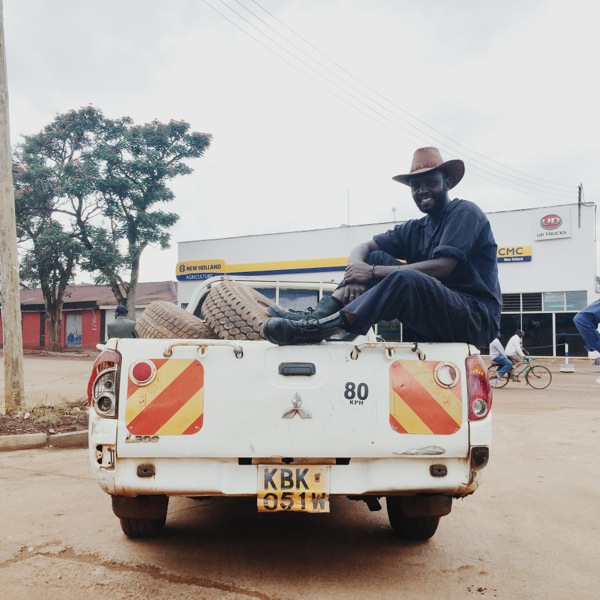 First stop: Japheth and Pascal's house. We were quite the scene, our crew, wandering through this neighborhood. 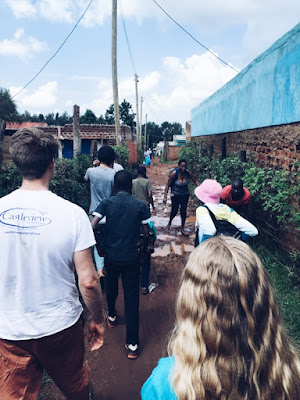 Pascal and Japheth's mother is battling cervical cancer, which has progressed rapidly. She has been in and out of the hospital and on several medications. For her, to know that these boys are being well loved and cared for, is one less thing to worry about.

When we arrived, their older sister was there, too. She's come home to care for her mother and their home for a while. 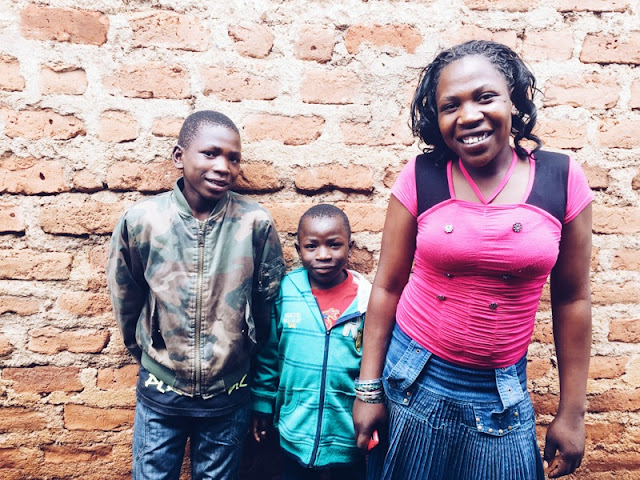 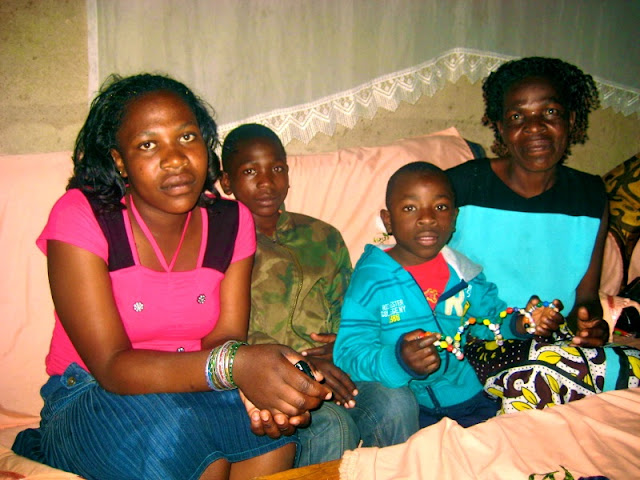 After dropping the boys, we went back to the center for lunch. Kevin is in school to be a physical therapist, so he spent some time each day working on various stretches and practices for some of the kids. He taught Sammy a few of the tricks and said that it's important that everything feel like a game, and nothing is forced. It will loosen up the kid and make the whole time more enjoyable for both parties.

Obviously, Manu was loving every second of it. 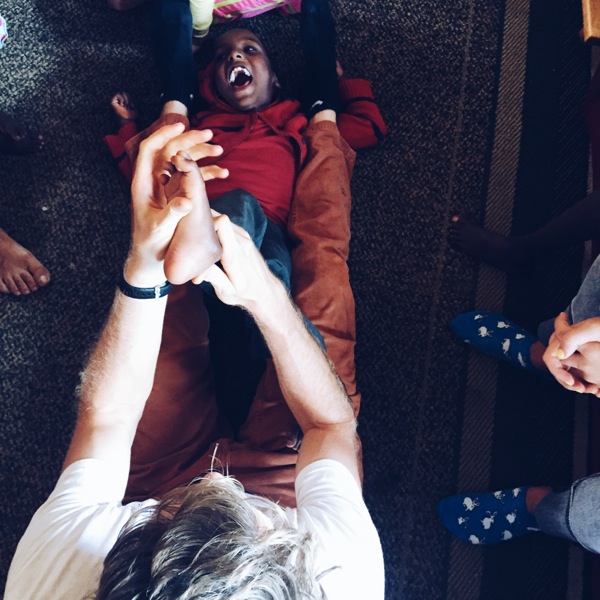 When the center is really packed (mostly when there are several visitors) Suzie gets too excited and needs a little break. Sometimes that means piggy back rides, but most of the time it means sitting in the van for a bit...which she loves almost as much as she loves hiding things in her shoes.

We put Dinah in through the window and on to her lap. They loved it, but things progressed a little too quickly and we had to rescue Dinah from Suzie's overly-excited clutches. 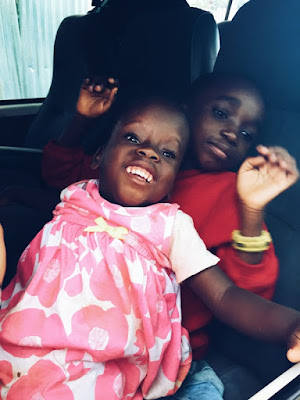 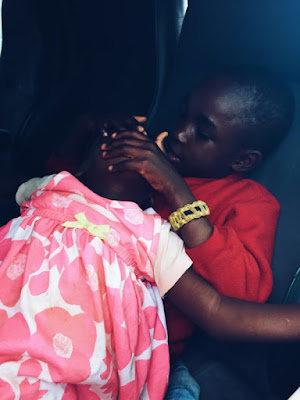 Victor has been at the center for a little over a week and is nearly always smiling like this. He loves when someone else is getting in trouble, or singing, or anytime someone says his name. He's really, really cute. 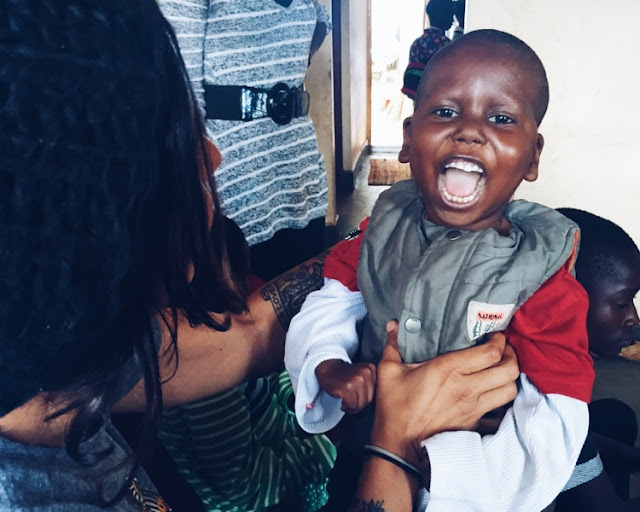 It began to rain and we had to shove ourselves in to the living room. Stuffing 37 kids in to a room seems to rile them up even more, so more often than not, the hallway becomes a great place to get out some of that energy. Sammy was carrying around Victor and Dinah and Willie were chasing them back and forth from kitchen to bedroom...everyone was giggling like mad. After a few laps, Sammy plopped down on the bed and the other two joined them. She tried to explain that it was naptime, but they weren't having it. 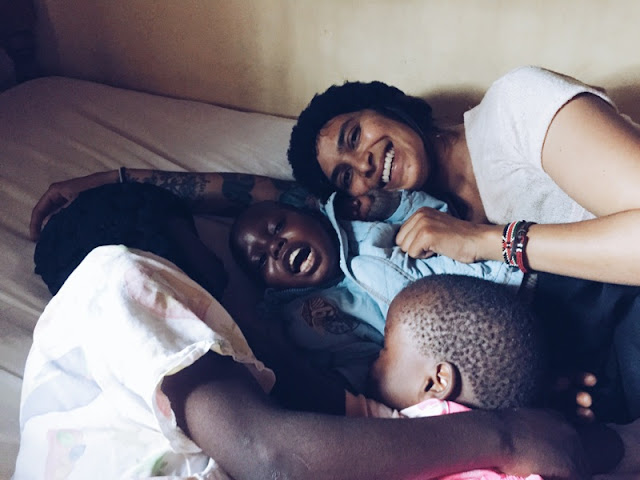 Meanwhile, Kevin had somehow convinced Allan that he wanted to stand up. This kid had been uninterested in moving, crawling, standing, anything since getting his casts off--it had just been too painful. But Sammy had mentioned that it was only getting worse (the pain with not stretching those muscles AND his fear of moving and being in pain), so Kevin played a game that helped Allan stretch a bit (slowly, and pretty much pain-free) and then coaxed him in to standing. The look of pride on Allan's face as he looked around the room at the crowd of people cheering him on--the hope in his eyes as his dreams of being able to walk became that much more real--brought tears to my eyes. It was amazing. 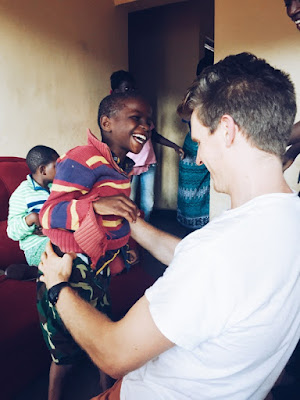 As we were getting ready to leave, I wandered around the house with two different lipsticks, applying it to whomever asked. It was so funny to see who was the most excited about it. I did not expect Cyril to be as happy with it as she was, but check out that big smile. And Bram--come on! He totally loved it. 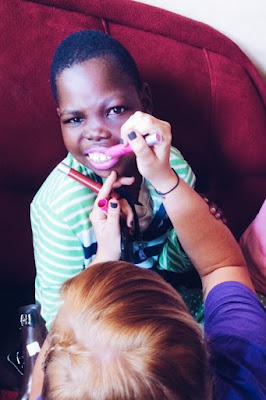 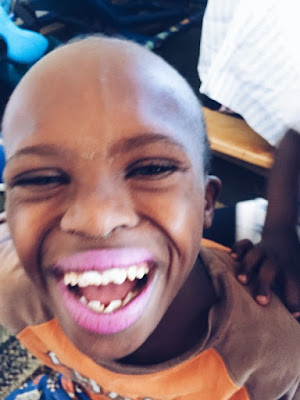 Augustus had been raided the suitcases full of new clothes all afternoon. He kept coming back in to the living room, very nonchalant, in ridiculous outfits: fuzzy scarves, this bonnet, and then, my favorite: this combination.

This feels like a "Who Wore It Best" scenario...Augustus vs. Alice 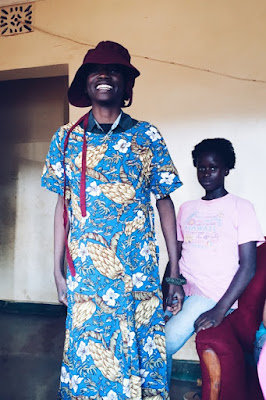 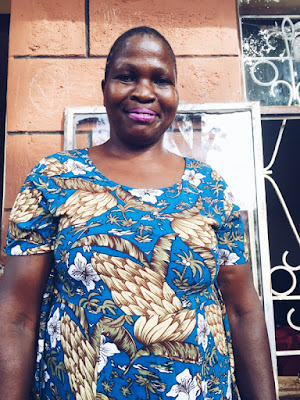 That night, we made a big pan of stir-fry and played a round of Five Crowns. (They taught a few of us to play and it became a nightly routine.) Once again, they surprised us with their ability to stay awake.

The more time I spent with this team, the more I liked them. Can't wait to share the rest of our adventures with you!
Posted by Allison at 1:09 PM

Who wore it better is the best part of this!!! xoxo

Love every minute, every visitor, every story! I hope Kevin can come back more often too. So happy that David and Cherry could be there!! I love them!
I love you!