All By Myself...With A Team And A Van-Full of Kids

Alarm clocks rang early Monday morning and everyone began shuffling around packing, cleaning, preparing to sit in a van for the day. When we'd all eaten breakfast, we found that the van had a flat tire, so we ditched the original plan to drive the bags to the kids house and opted to walk over, visit for an hour or so, and then come back for the bags. But first, a photo. 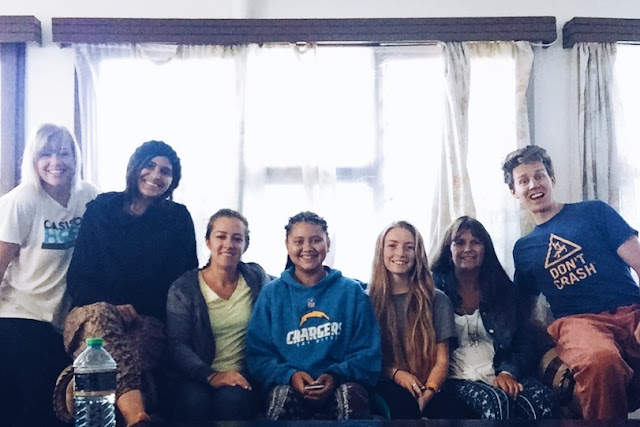 Two hours later, the team said tear-filled goodbyes and left me alone at the house. Mike (from Precious Kids Center) came over to fix the tires on the car while I enjoyed a quiet home. When the car was fully functioning again, I drove over to the kids house and picked-up a few kids who'd said they want to come with me to Manu's house to bring him home. 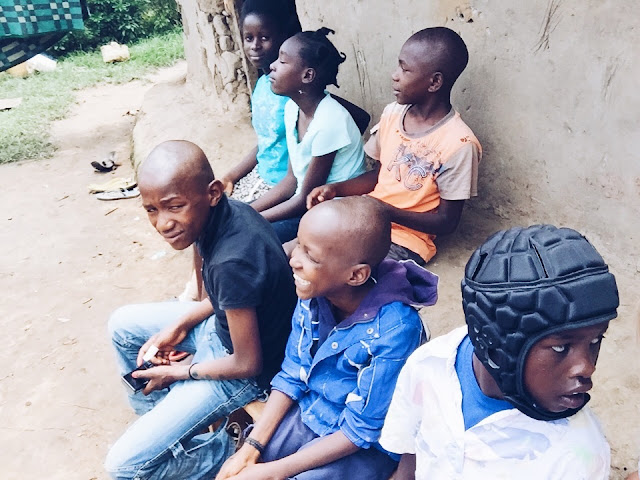 When we arrived, Manu's mom said he'd just got to collect firewood. So, she pulled out a bench for us to sit and wait. After nearly an hour, Manu showed up with a bundle of giant sticks over one shoulder. He asked us to wait while he bathed (from a bucket back behind the house) and then he'd be ready to go.

And then it was time to go. Here's Hillary and Willie ahead of us on the path back to the car. 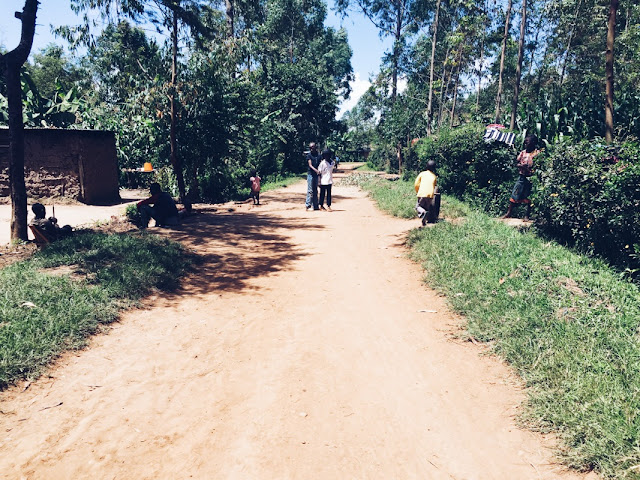 I was so glad to have Manu back...we like him a lot. (Also, I just saw the face above my head...so creepy!) 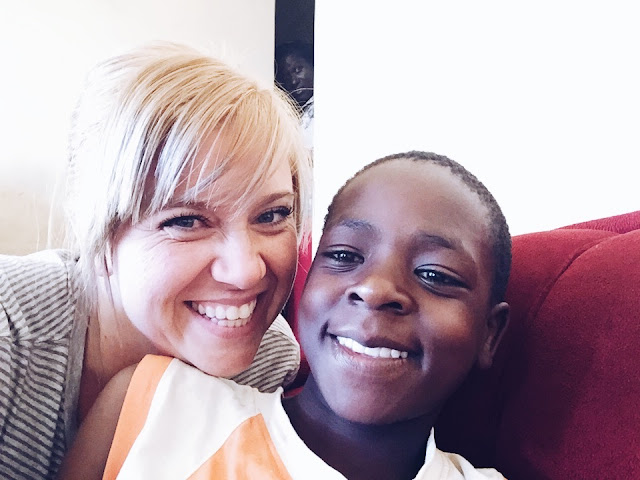 After picking up Manu, I had a few hours to kill before meeting Steve's team. So I played, rested, and took pictures outside with the kids. It had been a long time since I was the only one there with them. It was simultaneously super fun and also overwhelming to have all of that attention! 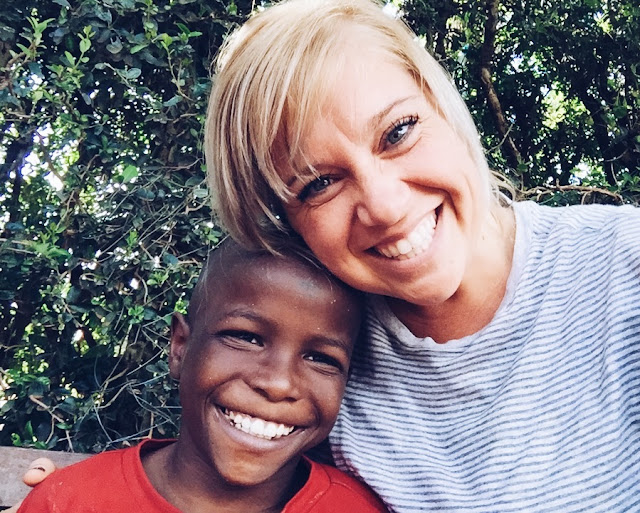 As usual, Suzie spent about half an hour in the van...one of her favorite free time activities. 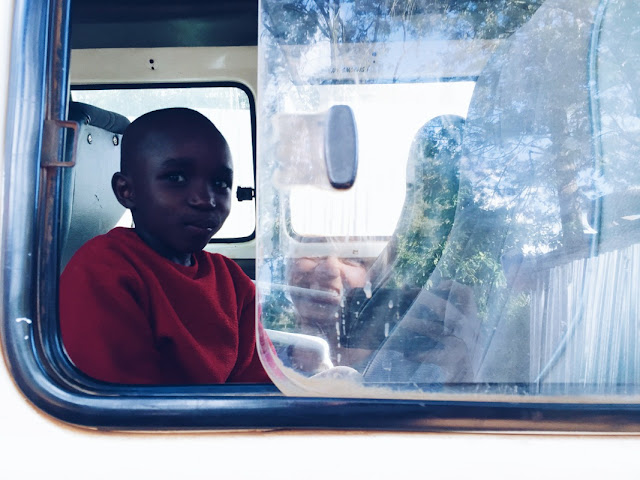 I was ready to make a run to town, but not before cuddling my best girl...so grateful Lucy caught this moment. 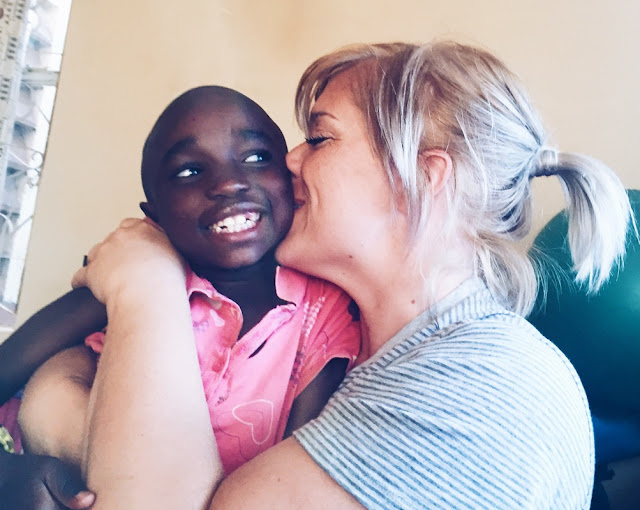 I took four kids with me to run errands in town, dropped them off and headed straight to Steve's where I was given another grocery list and a dinner order. So Steve, Leila and I headed back to town to get everything for the team. This was the first day I had driven in the dark here--with no street lights, it's a little more difficult to see all of the potholes! A really delicious dinner (chicken nuggets and french fries) and a lot of laughs later, I was on my way home--ready for bed!
Posted by Allison at 11:14 AM