Monday Showers: Both Rainy and Warm

Monday was a rather uneventful day, (well, for me anyway) which was welcomed after the wonderful chaos of Sunday. We headed over to the center, where Sammy had a bunch of office work to do, so Sarah and I settled in to our routine of hanging around, waiting to be given a task or for breaks from classes, whichever came first.

Isaac was looking particularly adorable that morning with his warm pants that, I'm pretty sure are made from Muppet skin. 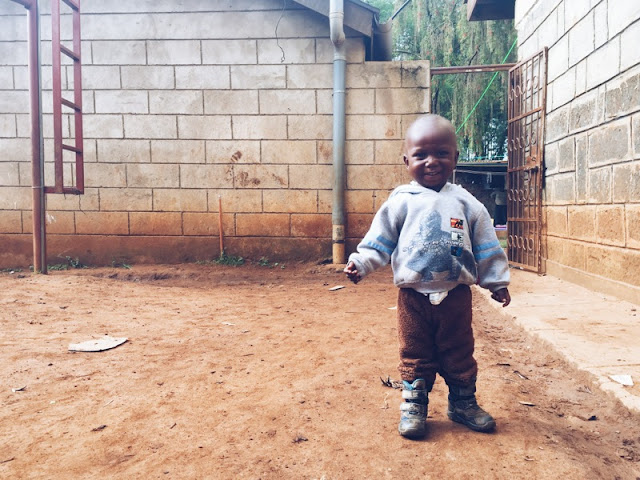 As we wandered in to the backyard, we found Willie sitting on a chair, staring at trees in the distance. When we said good morning, he excitedly told us to "Look! Monkeys!" I sat down on the chair next to him and began to search the trees for anything moving. I saw nothing. I kept asking "Where?!" and he'd point, becoming increasingly more frustrated with my inability to find these crazy monkeys he could see. Eventually, I gave up and just began to pretend I could see them too. 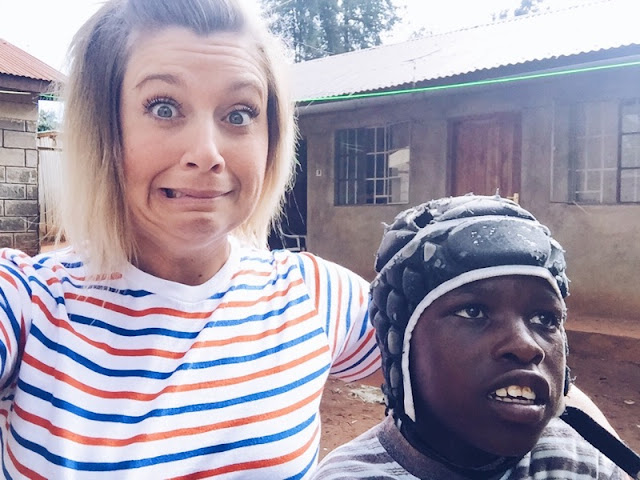 I watched those far off trees for about 15 minutes. Willie, more committed to the task, continued on for another half and hour or so. 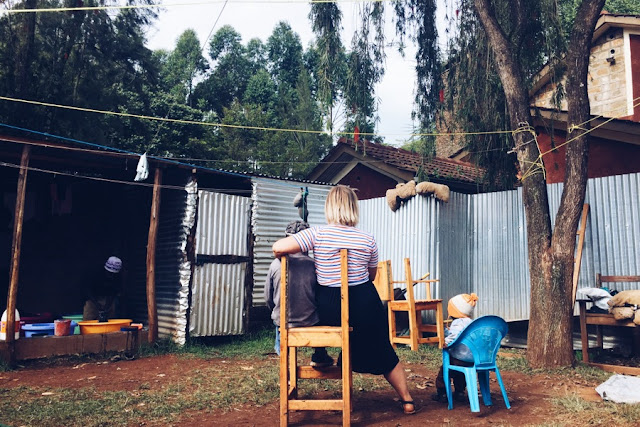 I moved to the other side of the yard, with Sarah, and Phoebe came out of the office and sat in-between us for a brief picture. (We caught her on a lap between the house and the office.) 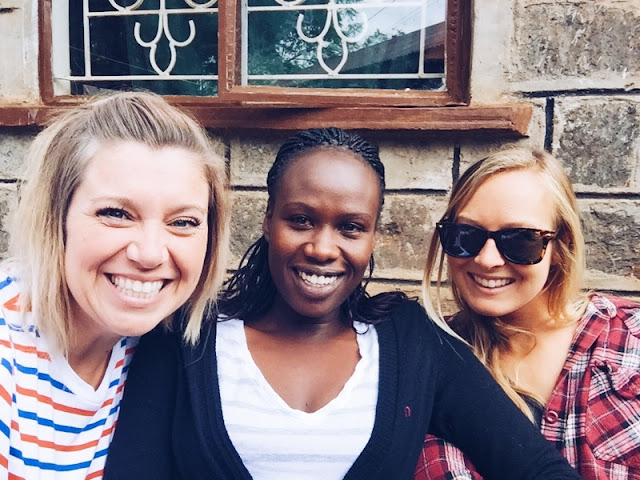 Isaac and his morning tea and toast. 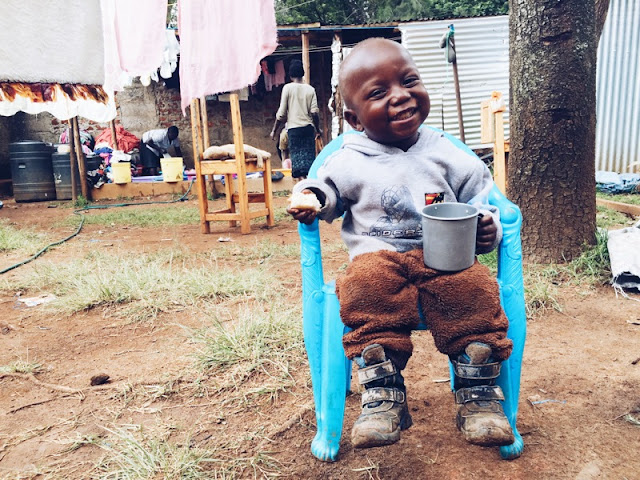 Though the house is pretty empty during school hours--except for the few who have such severe brain malformations that they are unable to go to school--this week there are two bigger kids recovering from wounds on their feet who are also in the house all day.

Monday, I pulled out a deck of cards (the same deck that has been transferred from purse to purse for nearly ten years, but has only been used during summer camps or in train stations or airports during delays) and taught Lillian and Jabal to play Spit. Each took a turn playing very slowly, and everyday since have become more and more competitive (and more and more deceptive in their competition! Today, Lillian told me I was going too fast and she didn't understand the game, but when I slowed down, she won!) 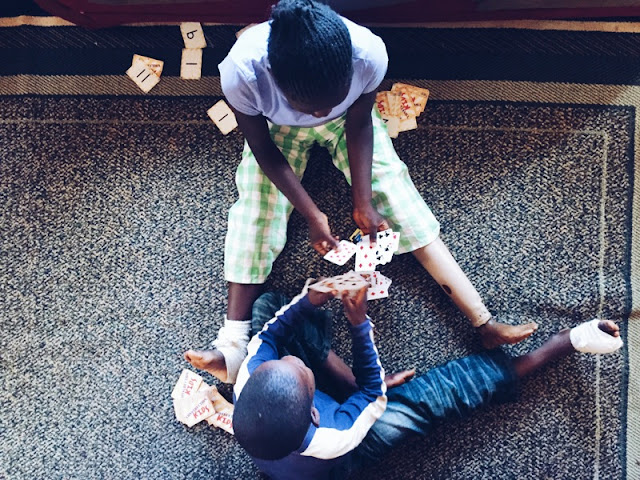 This is how Suzie falls asleep each evening--she does handstands until she's too tired to continue and then goes to sleep. Dang, I love this child. 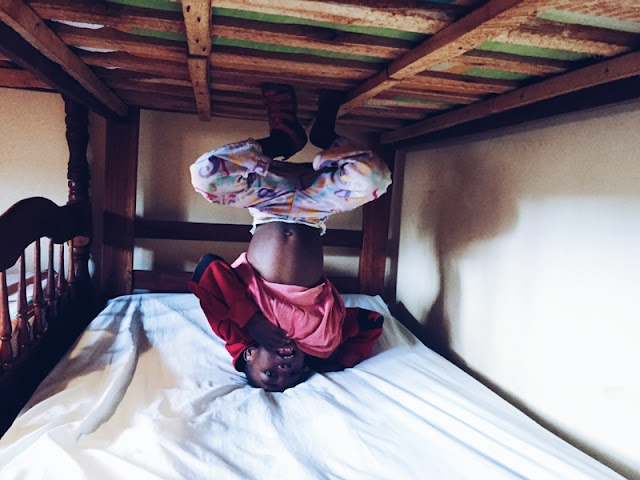 Sammy brought Sarah and I home to eat lunch and she was going to run errands in town. While we were home, I reminded her that the shower had been broken (only cold water for a few days, until there was no water at all) for nearly a week and could we please do something about that.

So, I volunteered to stay behind and wait for the plumber. Right after they left, a rainstorm rolled in. Kitale rainstorms are my favorite! 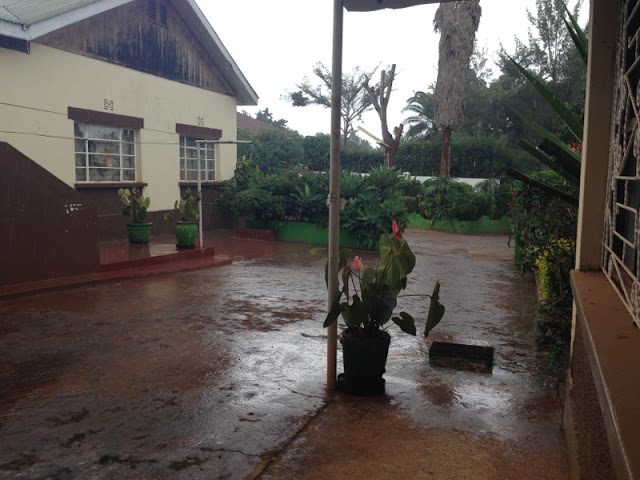 Nearly three hours later, the plumber arrived and told me the shower head (which is also the water heater) was broken. He ran to town to get a new one. One newly-installed shower head and a visit from the electrician later, and I took the most glorious warm, reasonable-pressure shower after a full week of going without! Totally worth missing out on the activities of the afternoon...which included moving a new child in to the center! More on him (Victor) soon!
Posted by Allison at 7:11 AM