When we arrive at the centre each morning, I walk through the house, say hello to each child in the living room and each of the house moms as I pass through the kitchen, dropping my purse and water on the counter top and head out the backdoor to say hello to those outside prepping food or doing laundry. At some point in this loop, I typically run in to Willie who is nearly always up to something. 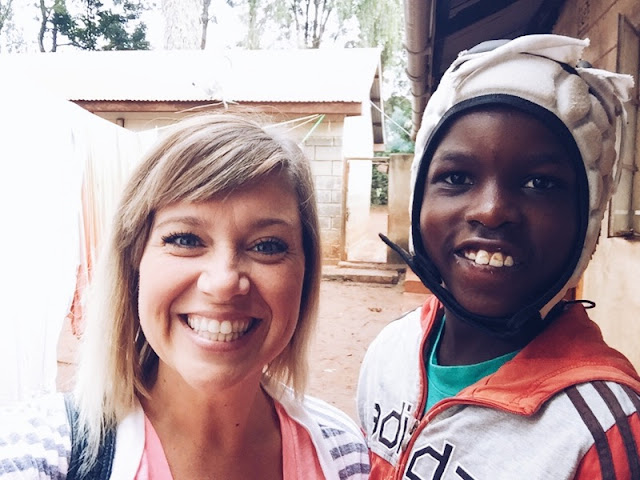 And then. I walk over to say hello to Class 1. This is what greets me as I approach the classroom window: 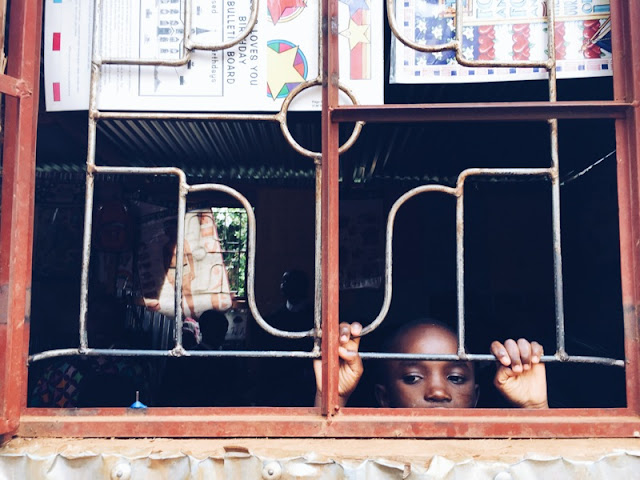 Suzie was super sick earlier in the week, so I could tell she was feeling better when I got the "so happy to see you" face. 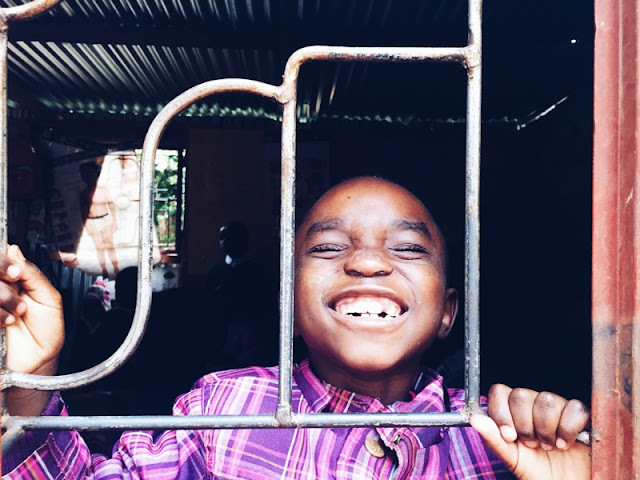 Wednesday was a big day for the center because there was a clinic in town. And this clinic had been on the calendar for weeks as the day Allan would get his casts off!

Sammy and her staff had been making a list of kids who needed to see these doctors (Doctors from a hospital in a town called Kijabe, who specialize in things like: orthopedics, spina bifida, hydrocephalus, cerebral palsy.)

We loaded up the van with those kids (and enough adults to carry everyone) and headed toward a church in town who hosts this clinic several times each year.

Manu watched the town go by, a little nervous about seeing the doctor. (Dinah started crying as soon as she was taken out of class--she hates, hates, hates going to the doctor.) 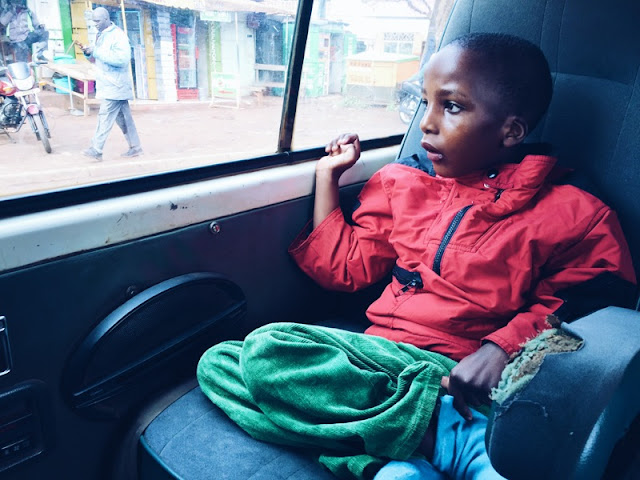 Sammy checked in the group and took Dinah over to see her specialist immediately. The rest of us took some seats and waited our turns. This staff member from Cure Hospital came right over, picked up Allan and chatted with him and Manu for a while. He was so happy to have his photo taken with the boys. 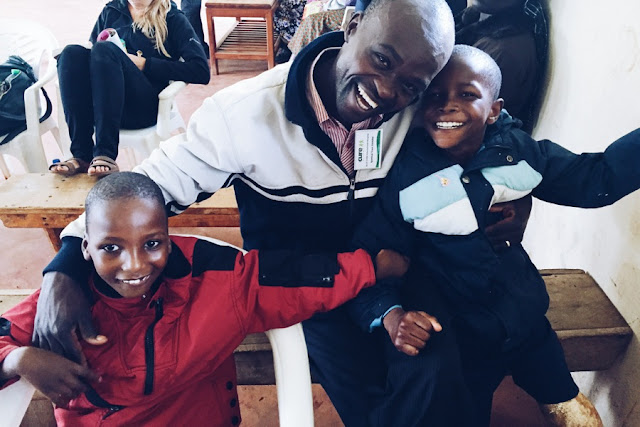 Dinah finished first, so she hung around with me and Sarah--coloring, eating cookies, taking pictures--whatever would help pass the time. (And distract Dinah from the kid behind the curtain who was screaming his head off while getting his shots!)

Then it was time for Allan's cast removal. It was quite the process. Remove the bar and cut through the outer layer of the plaster. 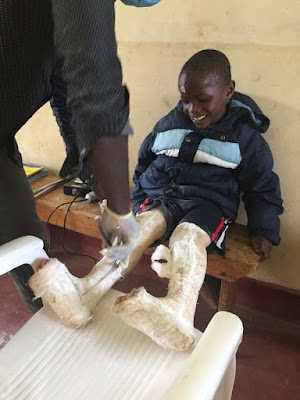 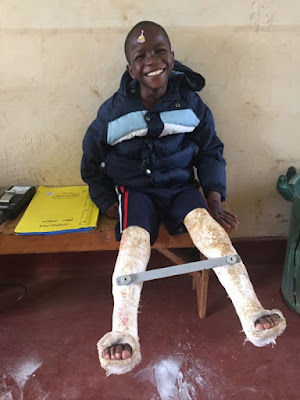 Then these giant semi-pliers came out to break the plaster open to reveal the softer layer underneath. 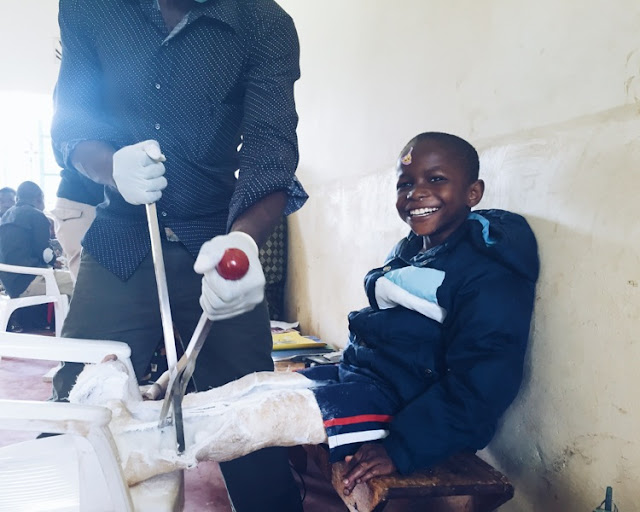 Finally, a pair of scissors cut through the gauze-like material until we could see Allan's legs! 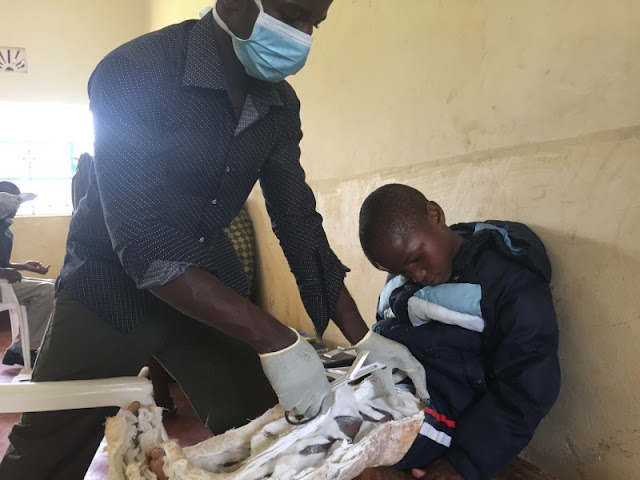 One down, one to go! Look at that giant smile! 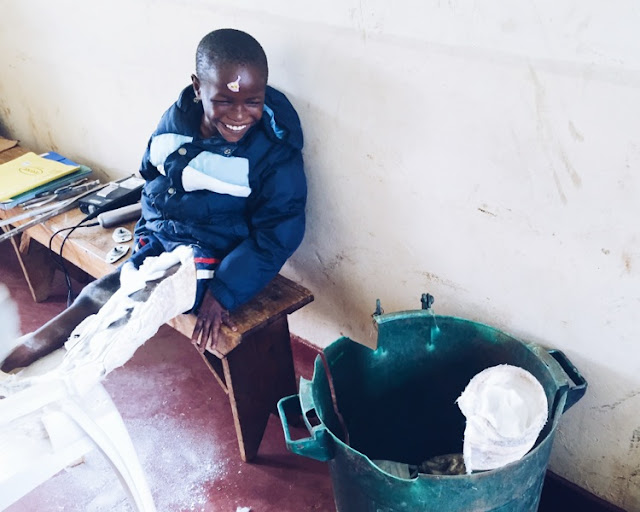 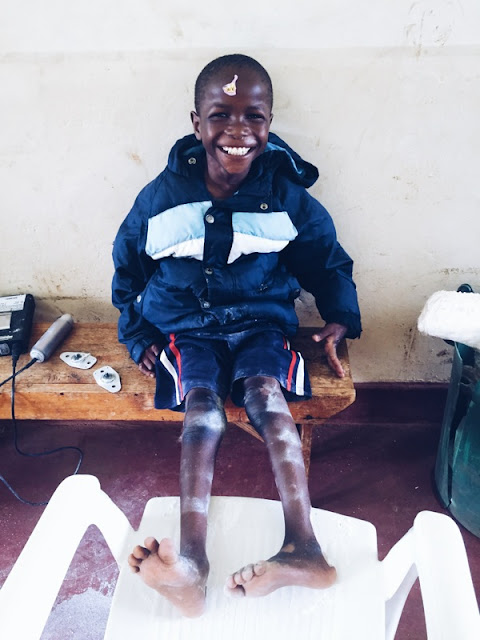 Manu was very sad, and whined for an hour, about the bandages that help keep his left arm from hyper-extending. 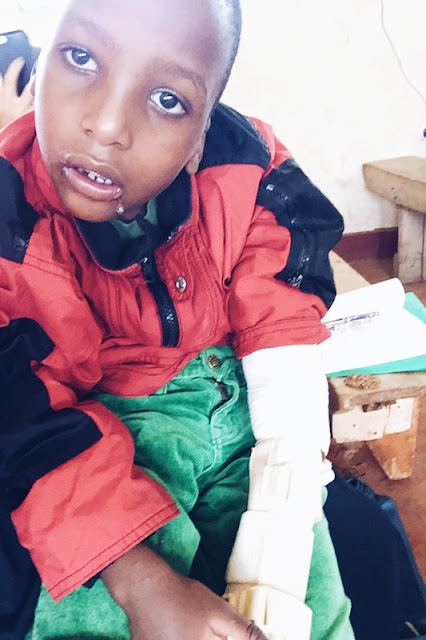 This little stay-puff marshmallow man was waiting patiently for the doctor's to see his sister. He wouldn't come over to shake my hand, but he did let me come to him and take a picture or two. 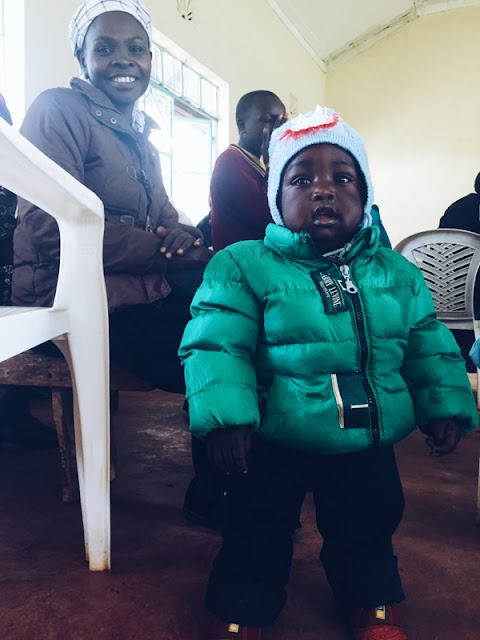 Everyone was finished just before lunchtime (which Sammy said was pretty much record time for a typical clinic!) so we made it back in time for githeri at the center.

Check out this adorable little face! Isaac is the cutest. 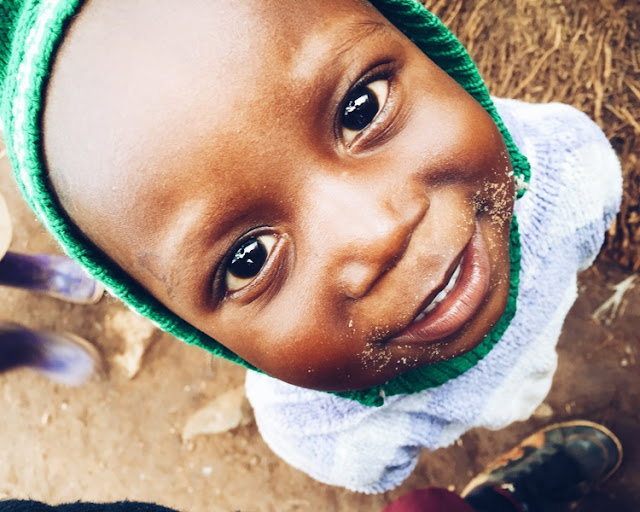 Over the crowd of noisy kids, I hear "Alice! Wewe! (You!)" I looked over and saw Bramwel sitting with the teachers, waving his hand at me and calling me over. When I made it to the group, he said, "Take a picture!" I love his crossed legs and big smile. So proud to be among his friends, the teachers.

When I showed Sammy this picture, she told me that Bramwel loves the teachers. He even calls his teacher (the second from the right) "Teacher Mama" that's how much he loves her. So perfect. 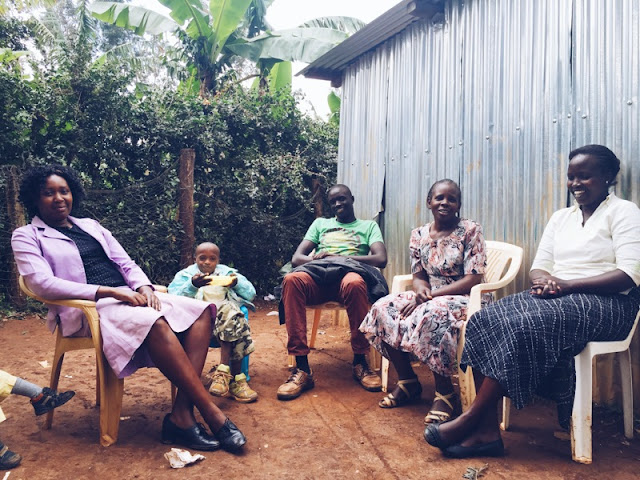 Since the clinic, Allan has been in a lot of pain. His legs, which didn't fully extend on their own, were forced straight in casts for nearly two months and now he's having to work the muscles to re-bend them again. Please pray for his sweet heart as he remembers that it is through the pain of working these muscles that he will find healing and mobility like he's never known before.

Jabal was also seen by a doctor and diagnosed with tumoral calcinosis. He had surgery a few months ago for tumors on his joints (when I arrived, they had just called to give the good news that they are benign!) and will have to go back on Sunday to have another surgery for a regrowth on his foot. Please be praying for a swift and efficient surgery with as little pain during the healing as possible.

President Obama lands in about 15 minutes and, from what I understand, we will be without internet for the few days he is in town. Lots to catch up on when he departs!

Thanks for reading! Like you guys!
Posted by Allison at 10:56 AM