We woke up already sweating on the third day of the trip, but our only day in Kakuma. We packed up our bags, loaded the vans, and headed to breakfast which was, easily, the best Kenyan breakfast I’ve ever had: eggs in chapati. Get out. John Mayer was right: chapati is a wonderland. 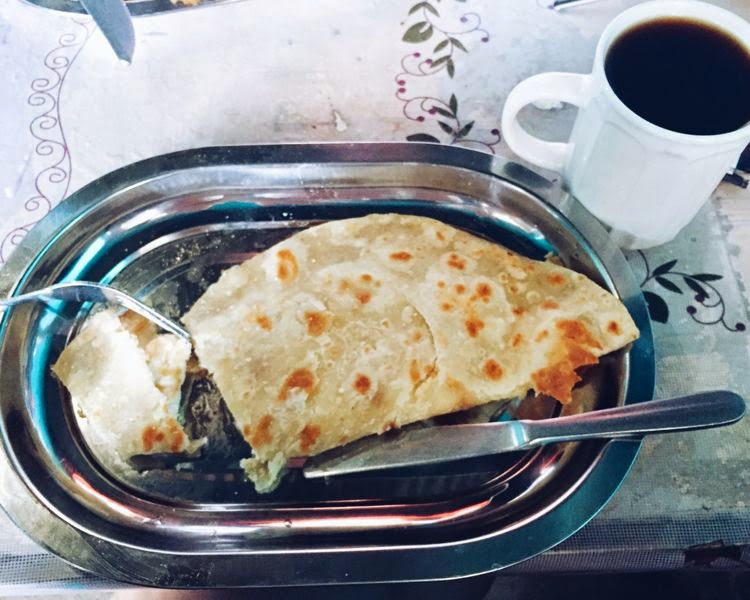 From breakfast, we went to a local church where one of our team members would spend the day teaching a pastor’s conference. The team had purchased Bibles in the Turkana language (Swahili and English are the primary languages spoken in Kenya, but each tribe also has its own language) as a gift for these men and women, so we ended our time there by handing those out.

Our team (minus the man staying for the conference) loaded up on piki pikis (motorbikes) and traveled in one long string to the Refugee Camp where we had lunch at an Ethiopian restaurant. The Refugee camp, in the roughest (and definitely semi-ignorant) description, is set-up like Epcot: each country has its own portion of the camp in which all of the schools, churches, restaurants, etc are authentic to that culture. Then, when you leave that section, and pass through a set of fences, you enter another country’s portion with their own schools, homes, churches, etc. (As I said, there must be a better, more educated, way to describe this, but the southern Californian in me most easily makes this connection.)

We arrived at the Ethiopian restaurant and had giant plates of food, and amazing Ethiopian coffee. As we sat there, the news of the war in Ukraine came on the television. Our team went silent. We watched, some cried, and all were in shock at the destruction of towns all over their country. We asked the staff to turn off the TV after that segment and we sat, as a team, and sang songs. I sang old church songs in English and Vlad, the Ukrainian worship pastor, sang the same songs in Russian...the few who knew the words joined in. I kept hearing the song “Nothing But the Blood of Jesus” in my head...I wasn’t sure if that was one they would know, but couldn’t shake the feeling that I was supposed to start singing, “Oh precious is the flow that makes me white as snow! No other fount I know...nothing but the blood of Jesus.” And so, in the silence of the restaurant, I began. As soon as I sang, “what can wash away my sin?” the entire team responded with “nothing but the blood of Jesus”—in various languages. We sang through the song together and it was, without a doubt, one of the most beautiful moments of the trip. The team, before this, had felt a little disjointed at times—at least to me, since I don’t speak Russian and very few of the Ukrainians spoke English—but, in this moment, there was such unity in the name and power and person of Jesus...it was amazing.

We walked out of the Refugee Camp and back to the vans to begin our drive back to Lodwar. As we waited for the team to gather, our friend Jacinta, (from Kitale) who recently became a social worker at the refugee camp, stopped by to say hello. She was supposed to meet us earlier, but our schedules shifted and then conflicted. She spent years caring for abandoned, hurting, and abused children and teenagers in Kitale while she went to school to earn her degree. She is now so happy to be doing what she loves and has always wanted to do: caring for the refugees. It was so nice to see her and so great to hear her talk with such passion about her new work and community. 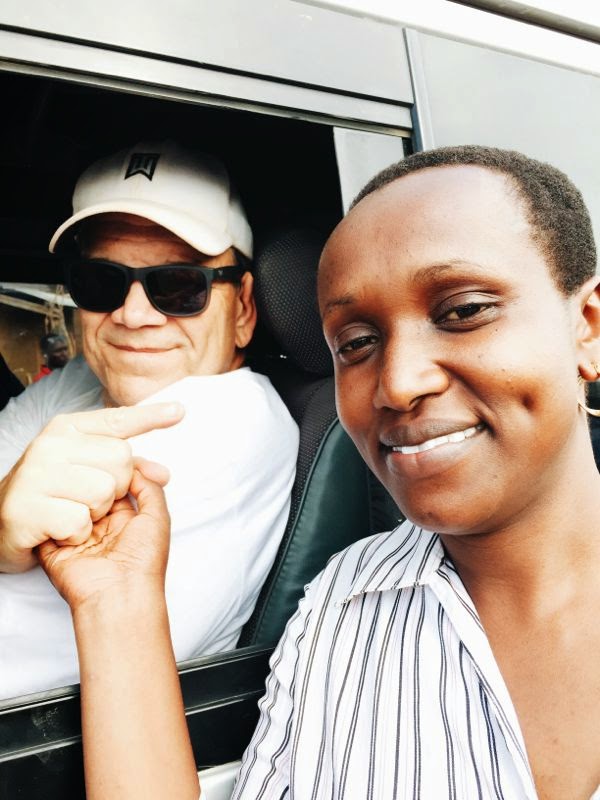 A few hours later, we were back in Lodwar town for a quick dinner (chicken and chips, of course) and then off to bed! We had a big day planned for Thursday...a visit to Lake Turkana!
Posted by Allison at 11:42 AM

"Set up like Epcot" is a great visual! I have tears falling from my face visualizing "nothing but the blood of Jesus" in several languages. You're my hero!