Lodwar and the Drive to Kakuma...Day 2

On our second day in Lodwar, we had a late start. Our guest house provided breakfast (a hard-boiled egg, two pieces of bread, and a banana) and we drank our coffees waiting for the team to rally and head out for the day.

When the vans arrived, they were accompanied by a pick-up truck filled with sacks of maize and beans for our morning stop: the church we’d visited the night before.

The church felt different than it had the night before. Mamas and babies were huddled together inside and in the shade just outside the church, children were running around the property, full of excitement for what these vans would bring. Our team spilled out of the cars with backpacks full of candies, small toys, and balloons...it was the best kind of chaos.

LaQuee, the little girl who fell asleep in my lap the night before (who’s name, I thought, was Mary from her tiny voice speaking in a loud church until the pastor’s wife corrected me) was waiting for me when we arrived. She walked right over, smiled, and grabbed my hand. After a few minutes, she saw that the other kids had balloons and asked for one. Balloons are my biggest fear. (I know, I know, it’s super weird) But this little girl’s face—I couldn’t deny her! So, I wandered over to another team member and was handed a deflated balloon. I gave it to LaQuee, but she couldn’t blow it up herself. So, guys, I did it. I faced my fears and blew up that balloon for this little girl. And I didn’t even lose an eye. (Though I did almost lose my mind later, as the bullies of the group popped those balloons one-by-one.) She kept losing it in the wind, so I pulled some dental floss out of my bag and made a string for the balloon! 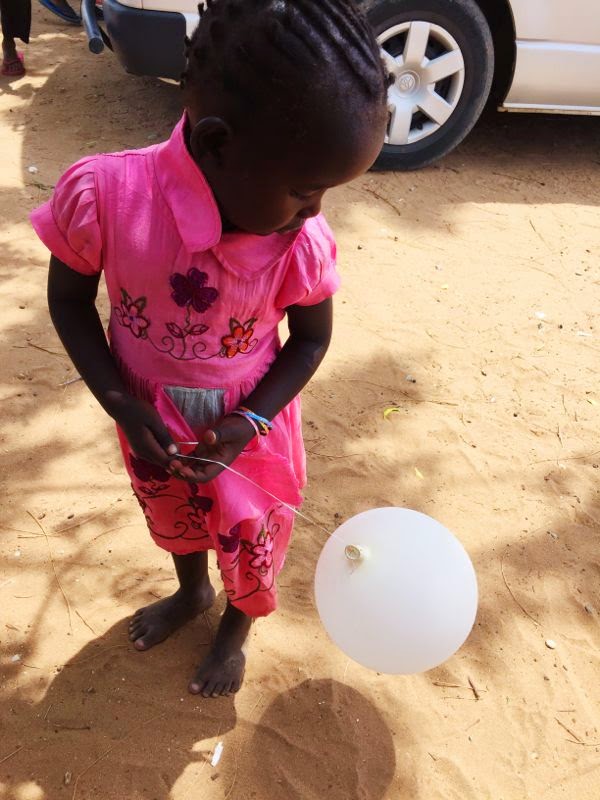 She was ecstatic. We followed everyone inside where we sang songs and danced and prepared for the food distribution. Steve set-up an assembly line-type of process, outside. Each woman was given a few scoops of some staple foods: beans, maize and sugar and the end of the line was a big bag of sandals—one pair for each woman (and a few extra for the kids.) One woman got to the end and, as we handed her the sandals, she hooted and cheered and shouted “thank you God!” just so happy to receive these small, but important items.

By the end of the morning, LaQuee and I had matching shoes. 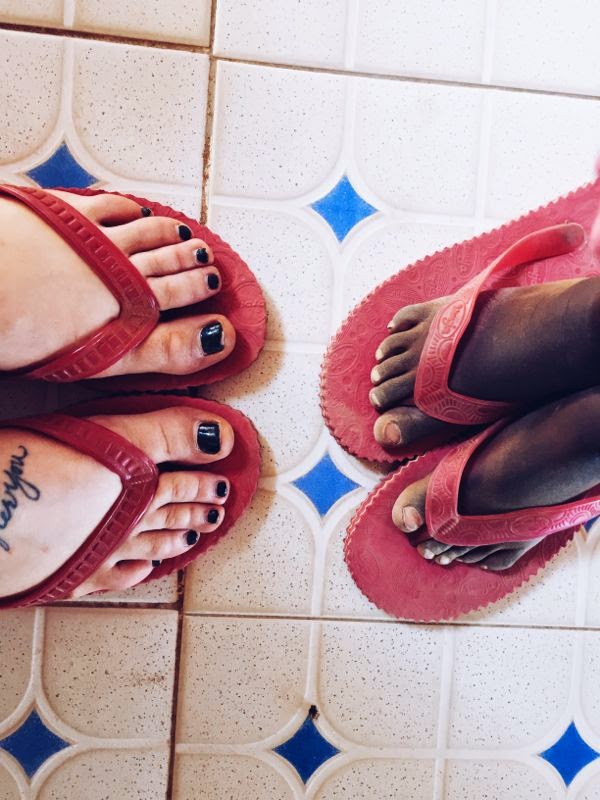 We left the church and headed to lunch. Steve couldn’t wait for another helping of tilapia. 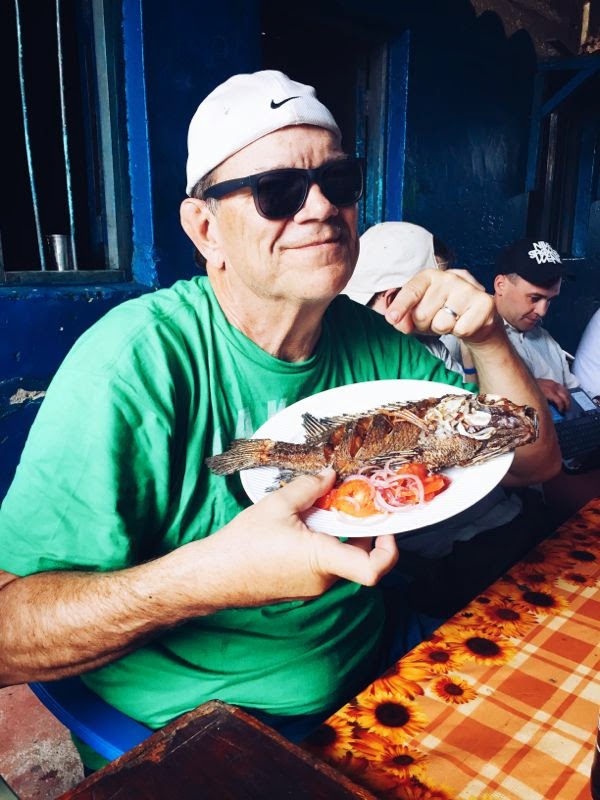 Rael came to join us for lunch and Steve gave her the remaining bags of maize to take and distribute at her school. 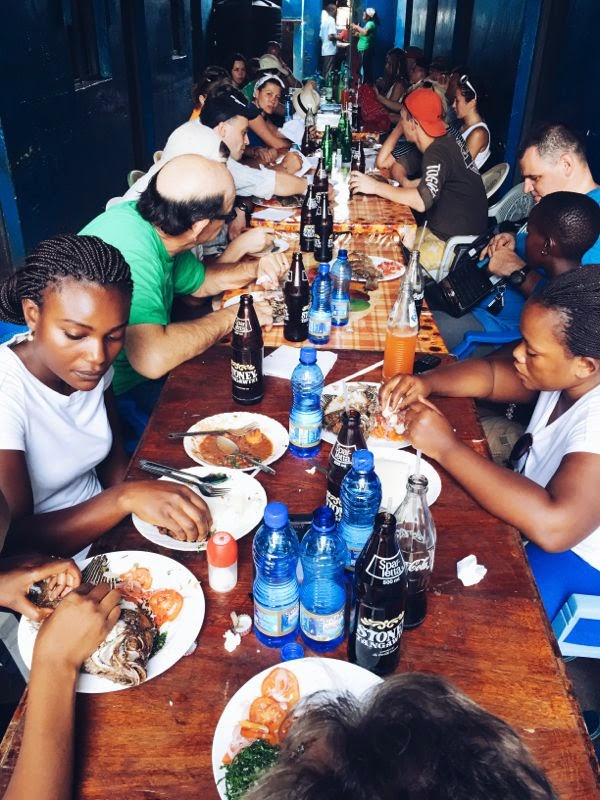 Then we began our journey even further north, to Kakuma. The drive takes about three hours on pretty bumpy roads. About halfway there, the vans at the front of the caravan stopped to let the others catch up. We were so glad to get out of the van and enjoy the desert breeze for a few...and decided to take some “in the middle of nowhere” photos: 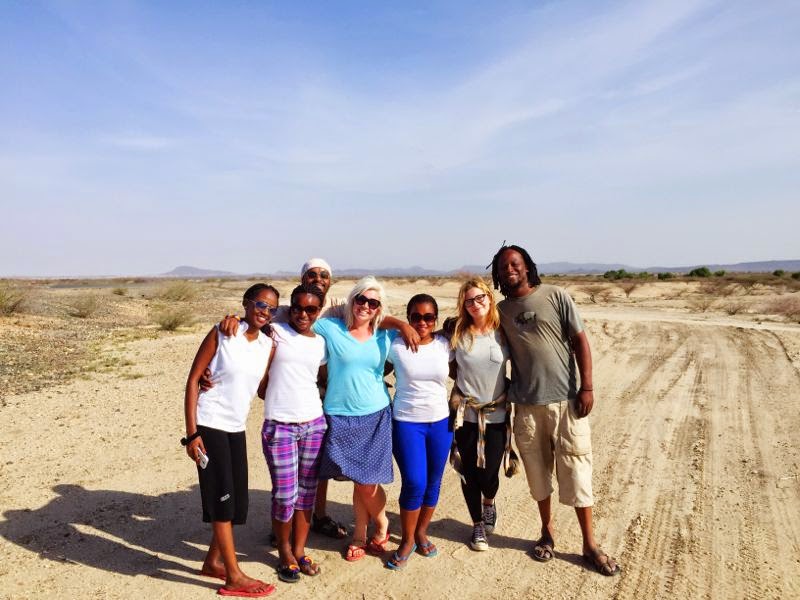 Steve took this one and was so proud of himself that he wrote a Pulitzer Prize acceptance speech. 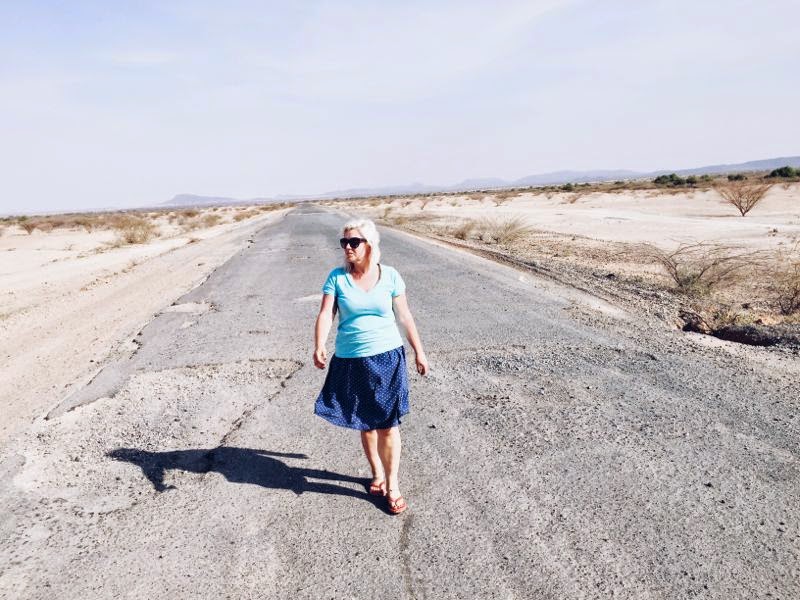 We made it to our Guest House around sunset, grateful to hear that the only plan for the evening was dinner. The entire town runs on generators that shut-off at 11pm, so I quickly took a cold shower before dinner to ensure that I would be clean for the next day’s adventures. (Since my hair had started to look like I had tan dreadlocks from the combination of dusty roads and windy drives.) 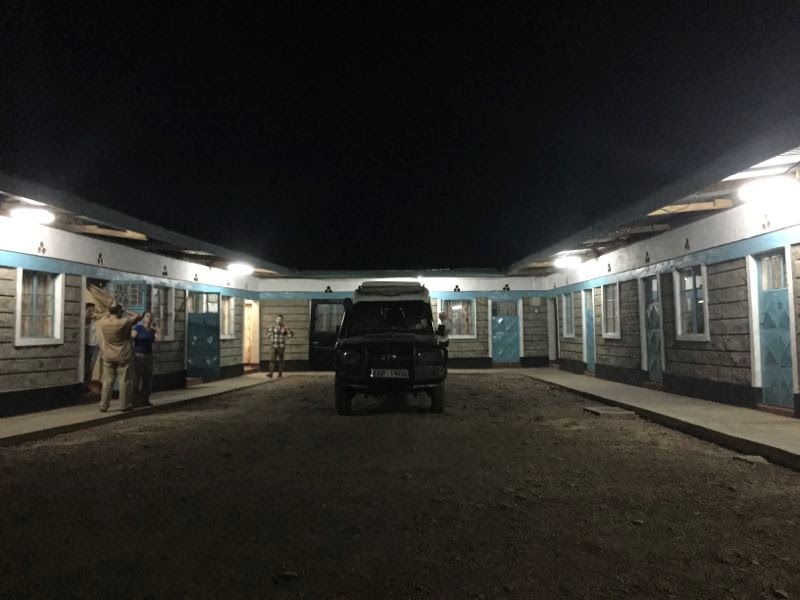 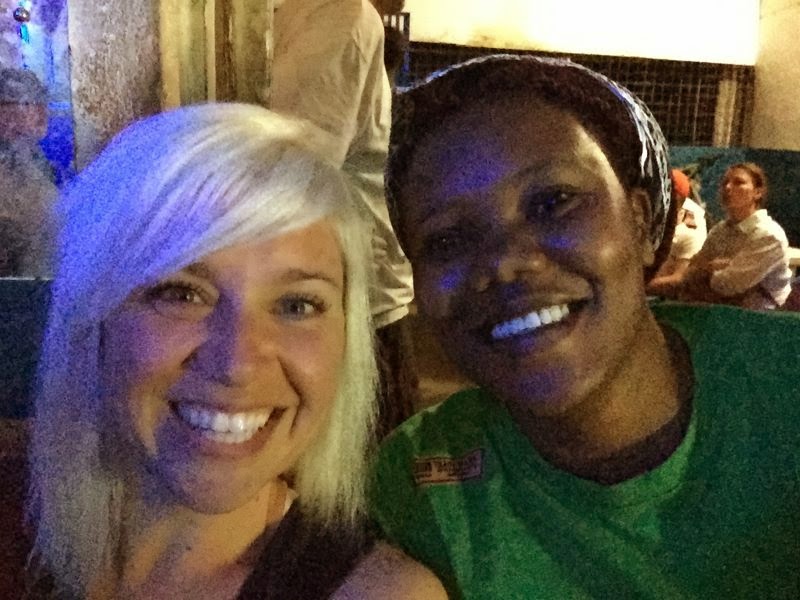 We were driven over to a small hotel where we ordered drinks and awaited dinner. (Dinner for nearly 30 people takes a while to prepare...especially in a town where most restaurants are built to seat about 10 people.) At one point, Steve leaned over to me and said, “Does it feel like we’re hanging out in the bar from Star Wars?!” I started to hum the song from the cantina scene and the two of us nerds had a good laugh. 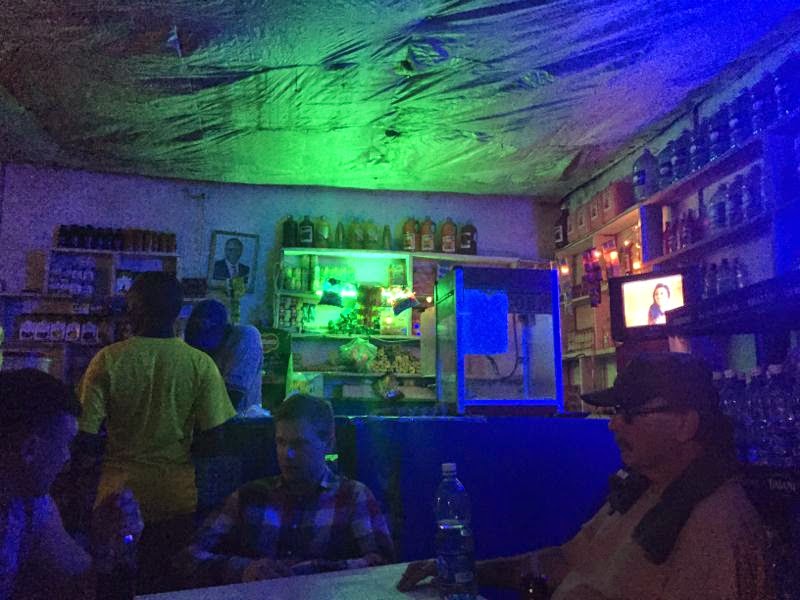 They let us know that dinner was ready and would be served on a long table they’d set-up for us outside. (Keep in mind, this is a really, really hot place, so an outdoor dinner table is such a gift!)

Dinner was a large platter of ugali, chapati, goat meat, and salad. I found out a few years ago that I am allergic to goat meat, so I settled for several handfuls of ugali (which was easy to come by, since few of the Ukrainians were interested in trying it) 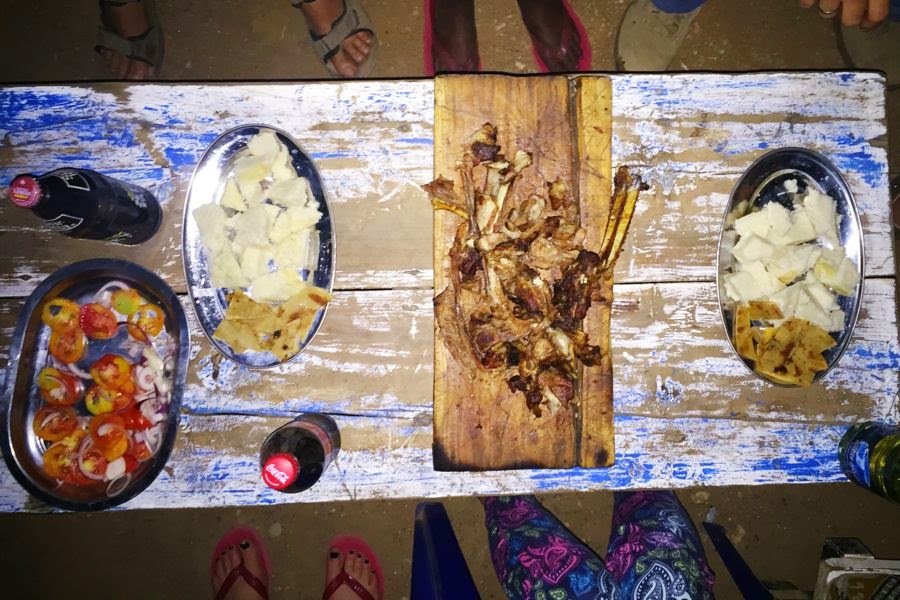 As I am prone to do, I challenged the teenage Ukrainian boy on our team to a dance battle. (The restaurant bar was playing Michael Jackson, what’s a girl to do?!) So, for the entertainment of the whole group—and several on-lookers from the other parts of the restaurant—he and I danced for a few songs before it was time to go...you know, to race back to our hotel before the generators were switched-off for the night!

I will be humming the Star Wars cantina song all day and thinking of you. What an amazing chronicle of your trip!!