For the last few weeks, I've been staying with my friend Sammy. She moved to Kitale a few years ago to open and run Precious Kids Center, a home for children with disabilities. Though I have been following her on instagram and reading her blog posts, I haven't been back to Kenya since the home opened, so I was really looking forward to seeing all of this amazing ministry in-person.

What I have seen, from Sammy and her staff, is beyond what I could have imagined. They work so hard--non-stop--and it's obvious that, though it's tough work, it's all done out of their immense love for these children. I have to tell you, I completely understand it...I've only been around for a week or so and, already, they've stolen my heart. I don't blame the staff for bending over backward to provide these kids with the support they need to grow and thrive. 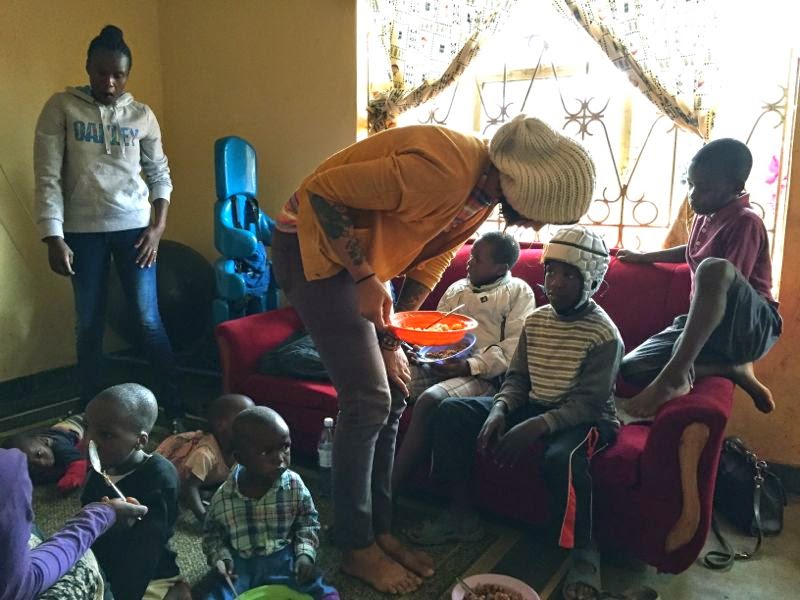 There are 24 kids in the home: several with varying degrees of cerebral palsy, one boy with down syndrome, one with dwarfism, two with autism, a few with hydrocephalus, and still a few more who have yet to be diagnosed.

I have, basically, been following Sammy around town as she's running errands (grocery shopping for kids in boarding schools and an HIV+ mother of four, several trips to doctor's offices and pharmacies, and many, many hours spent hanging around with the kids at the center and the school that's also located on the property.) It took me a few days to learn names, but I think I've mastered nearly all of them...it's been really, really fun to spend time with these amazing children. 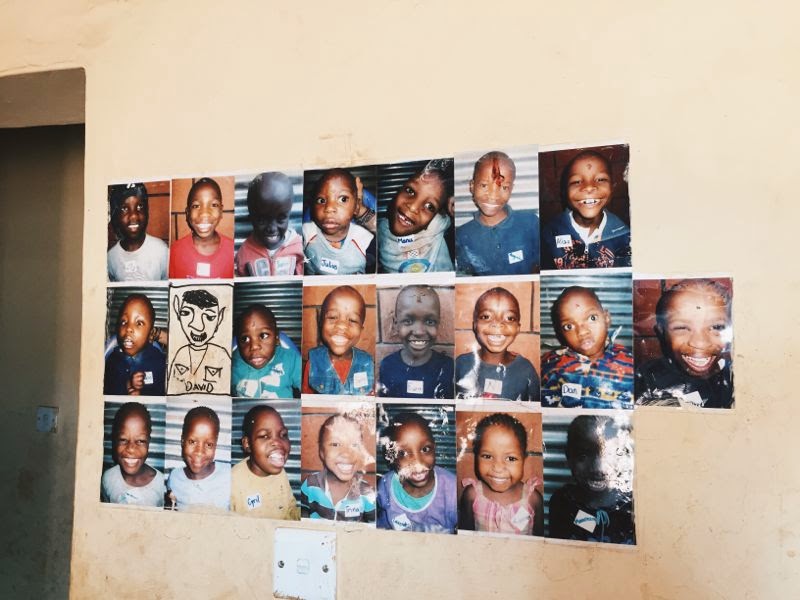 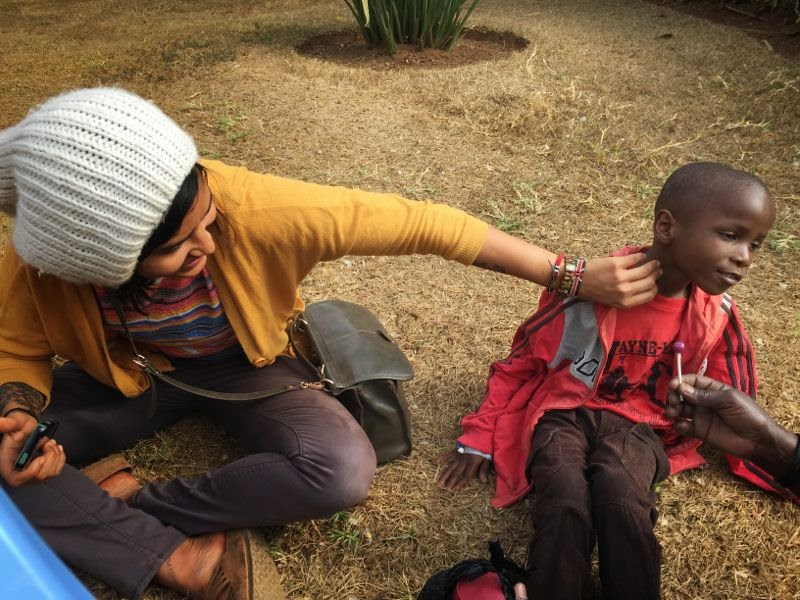 {visiting Alan at the hospital} 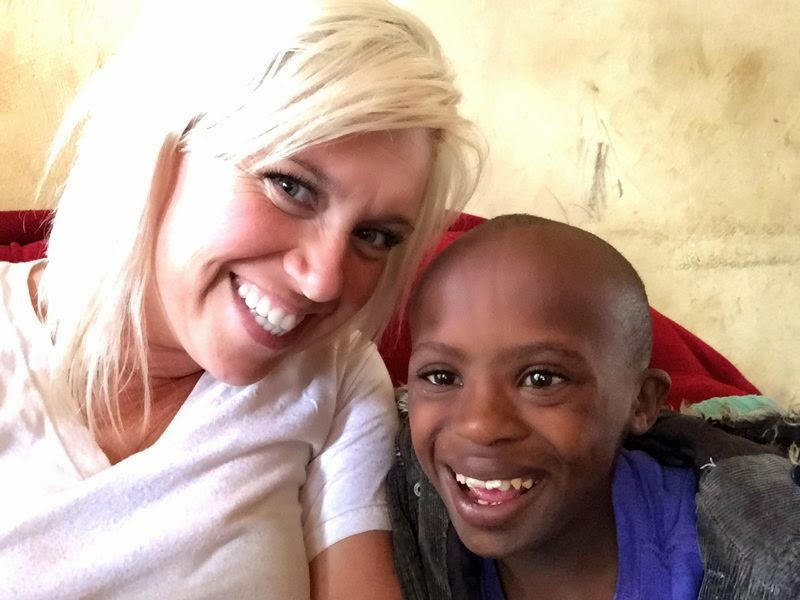 {watching a pastor on TV with Bramwel} 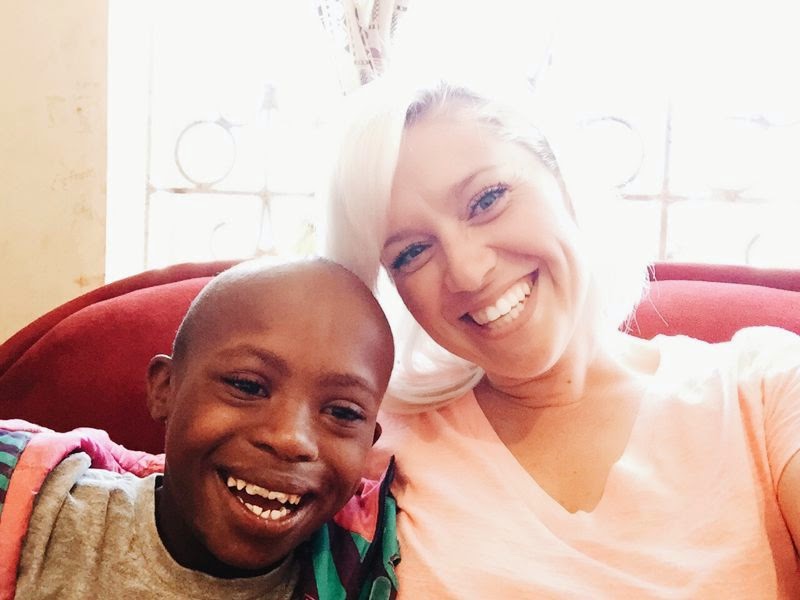 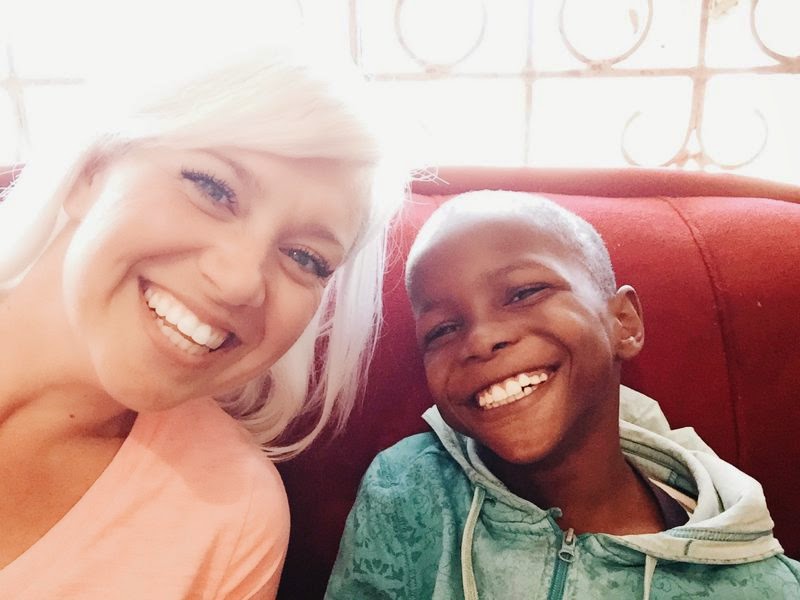 {cuddling up on the couch with smiley Alan} 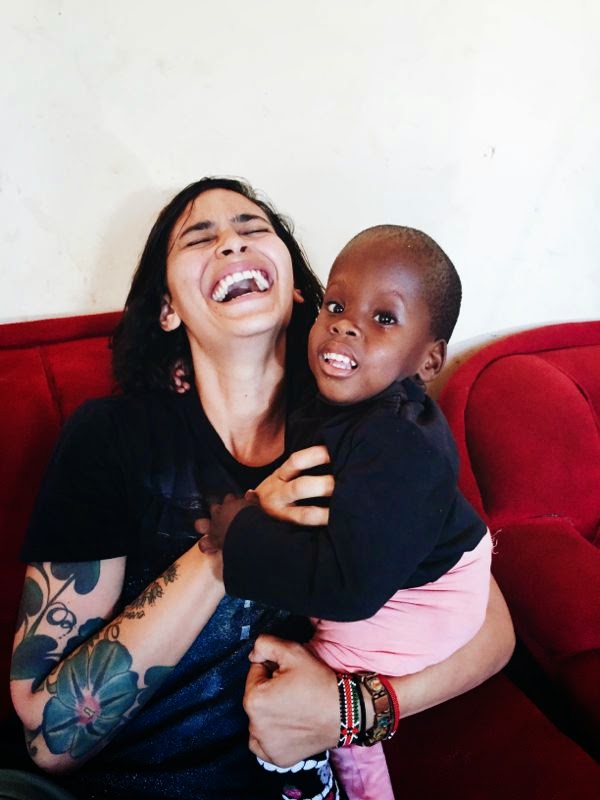 {Sammy and sweet Dinah--she has the tiniest, sweetest little voice} 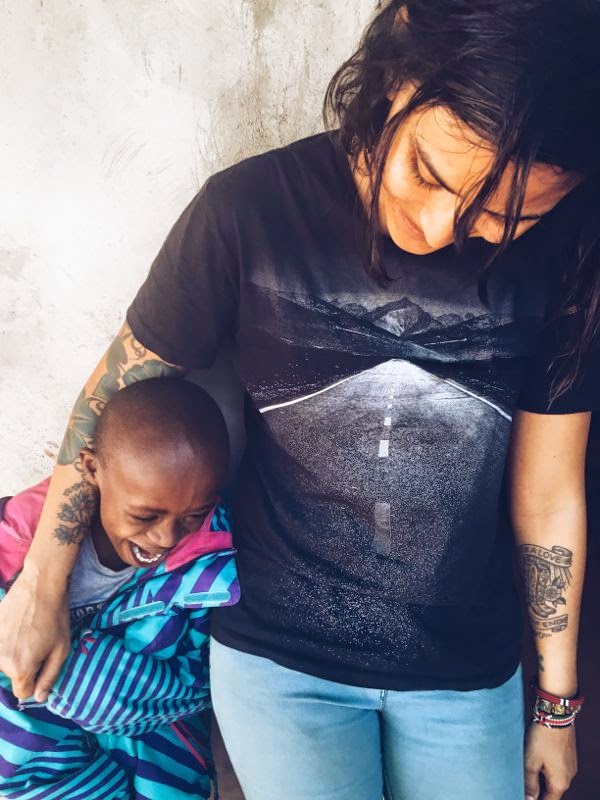 {Willie who is epileptic and has the greatest sense of humor!} 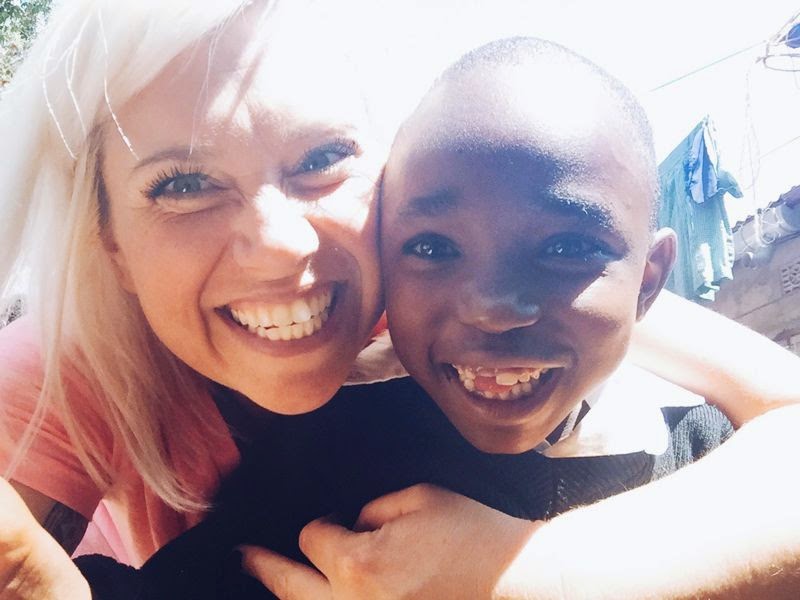 {Suzie is among the undiagnosed because of her array of behaviors and symptoms which don't seem to all point to one thing. She doesn't speak, but shows excitement by jumping up and down and smiling just the grandest smile you've ever seen. She's definitely a contender for my favorite.} 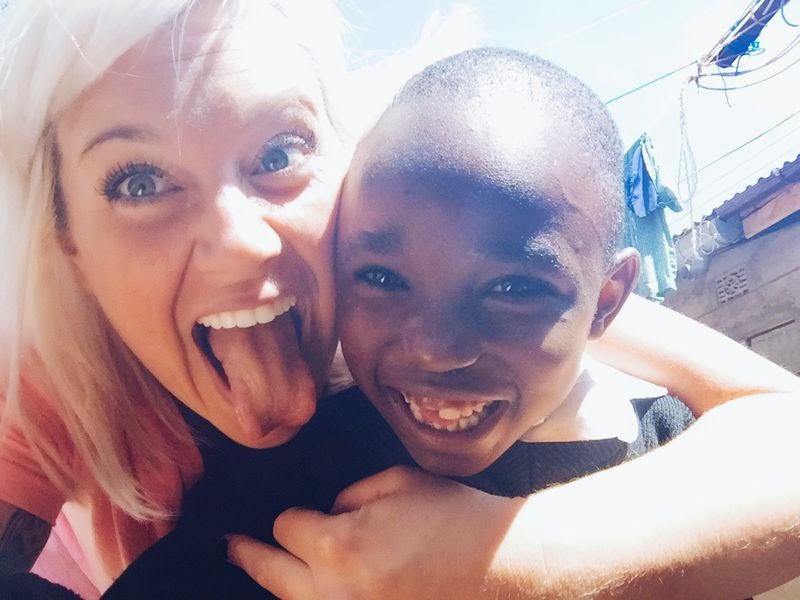 Each year, when Steve comes with a team, each team member brings a second suitcase filled with items to giveaway. Many of these have been donated by companies in the Southern California area, including Oakley who has been remarkably generous for the last decade. Yesterday, Sammy's staff had the opportunity to give a new pair of shoes (from the donations brought by Steve's team) to each child in the school.

This is Praise. Praise was overjoyed to receive his new shoes, and to have his photo taken with his teacher, Cristobel. 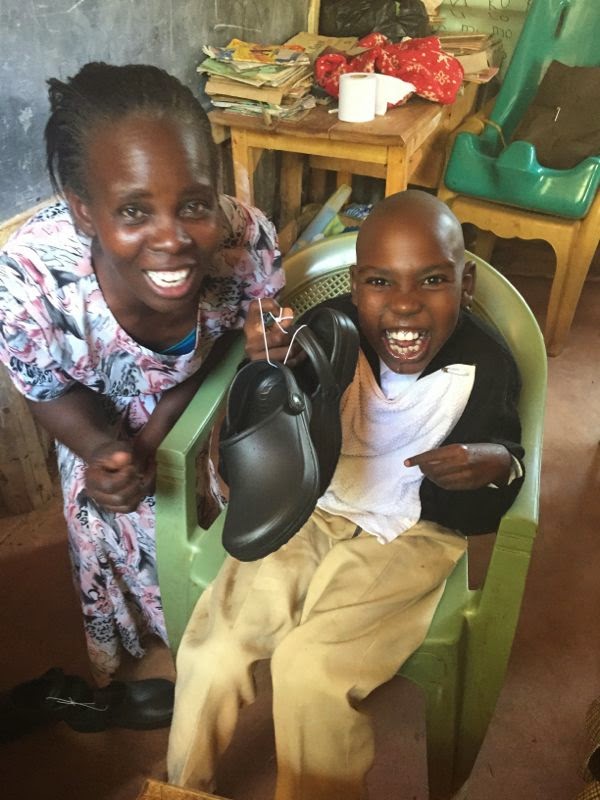 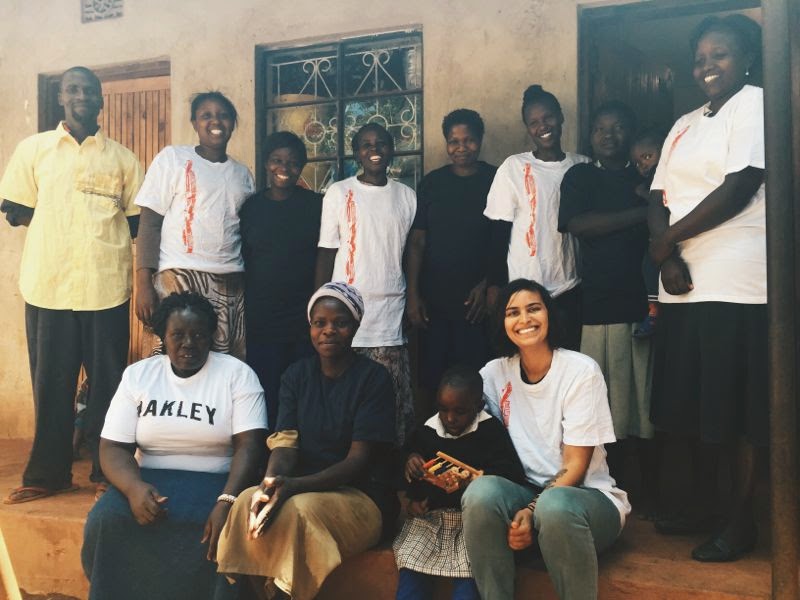 Each morning, as Sammy and I have headed out to run errands in town, we have just passed the Physical Therapist, Boaz, coming in to the house to take care of the kids. Today, we were around to watch a bit of it. It was fascinating...it seemed so painful for many of the kids, (lots of crying from the living room in those two hours) but the staff has seen so much improvement from many of the kids since the regular therapy sessions. Sammy posted yesterday that, in the last six months, Moses has gone from only able to crawl, to learning to stand, and now he's walking around all over the compound. It's amazing! 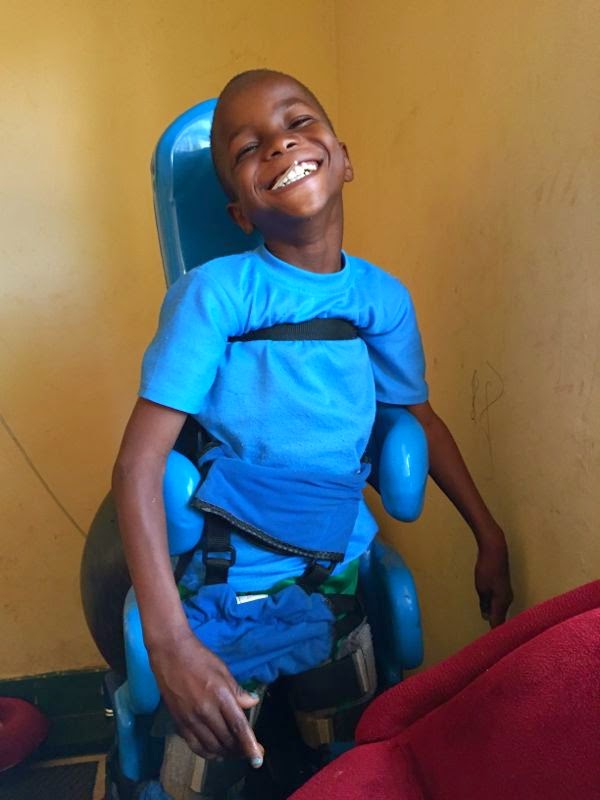 {Alan is constantly smiling...it's the best} 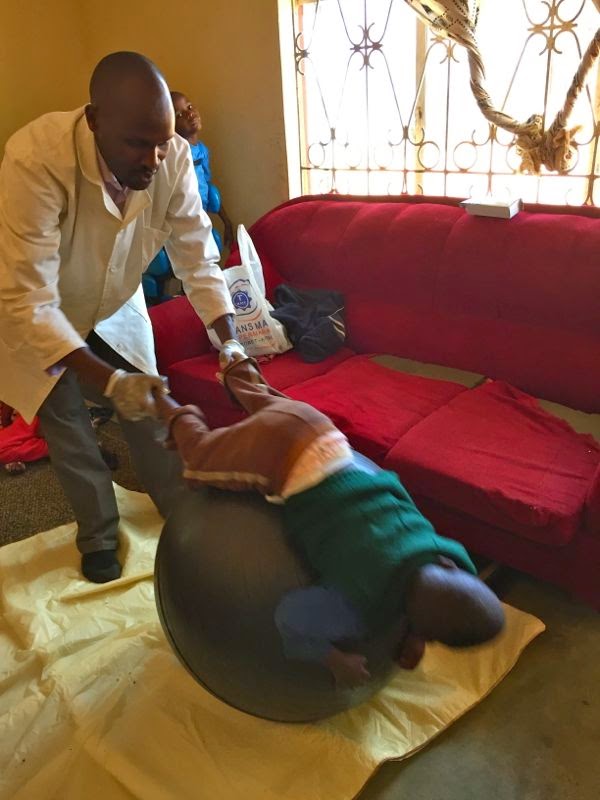 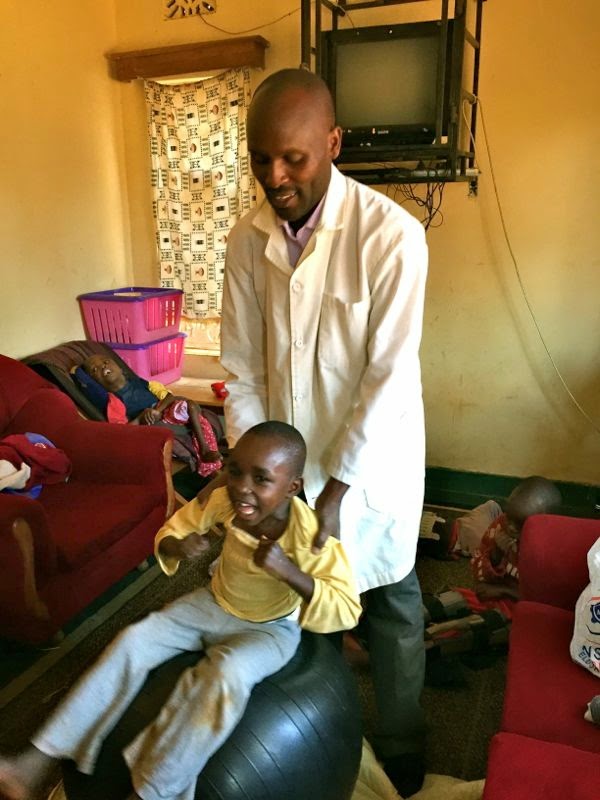 {Suzie loved her therapy today--she laughed through the whole thing}

Today, to keep the other kids occupied while physical therapy was going on, we played outside. For the first twenty minutes, I sang the chorus of "Let It Go!" repeatedly, much to the delight of the kids and the dismay of the staff. They have been watching the DVD since someone brought it to the home almost a year ago, so they all knew the words--those who don't speak would sort of hum the tune--Suzie would just get really close to my face, smile and then step back and jump up and down again to show me that she loved it.

When the singing got old, I brought out the nail polish I had packed for just such a time. We began with the girls, but soon realized that the boys would not stand by and watch...so, everyone chose their color polish and had their nails painted. 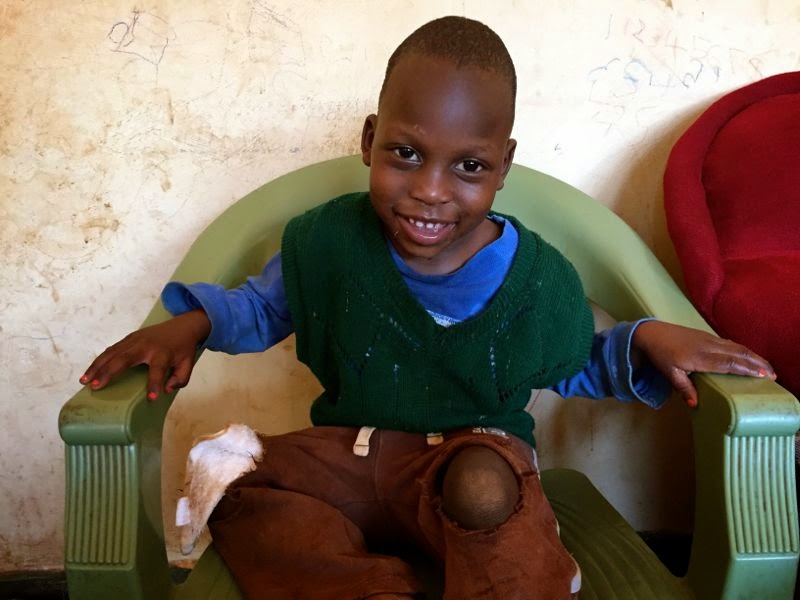 {Moses sitting so still so he doesn't ruin the polish} 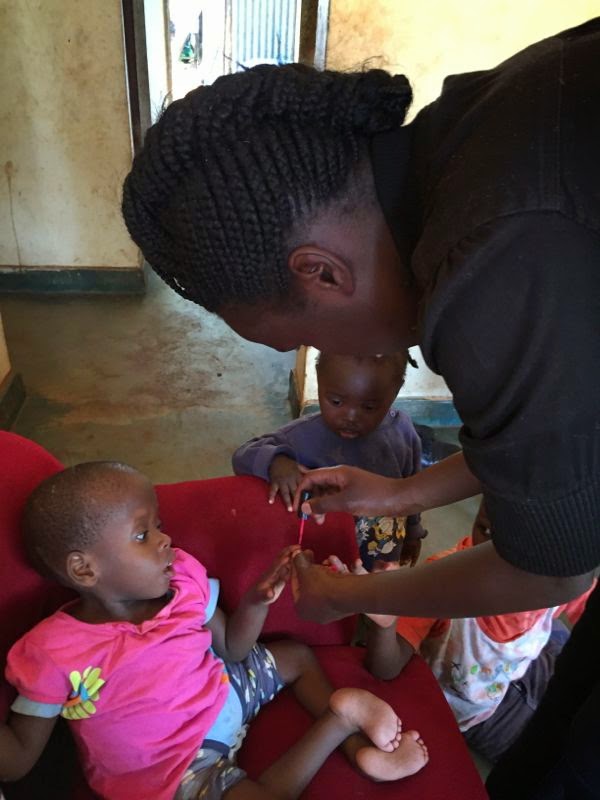 {Dinah's turn after her physical therapy} 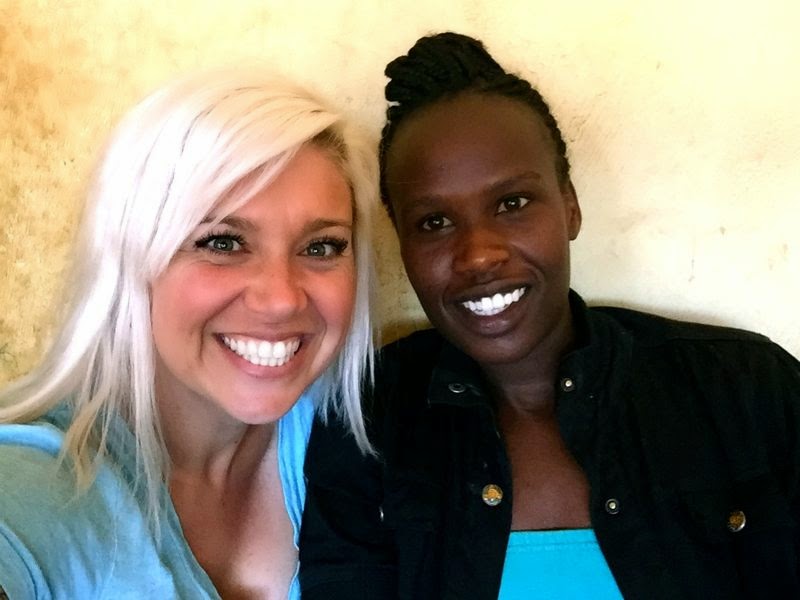 {Phoebe works on staff with Sammy. She is the Center's social worker. She's so kind and caring, but is also organized and no nonsense...she and Sammy make a great pair! I got to paint Phoebe's nails today...and she asked if, someday, I will come back to attend her wedding. I, of course, said yes.} 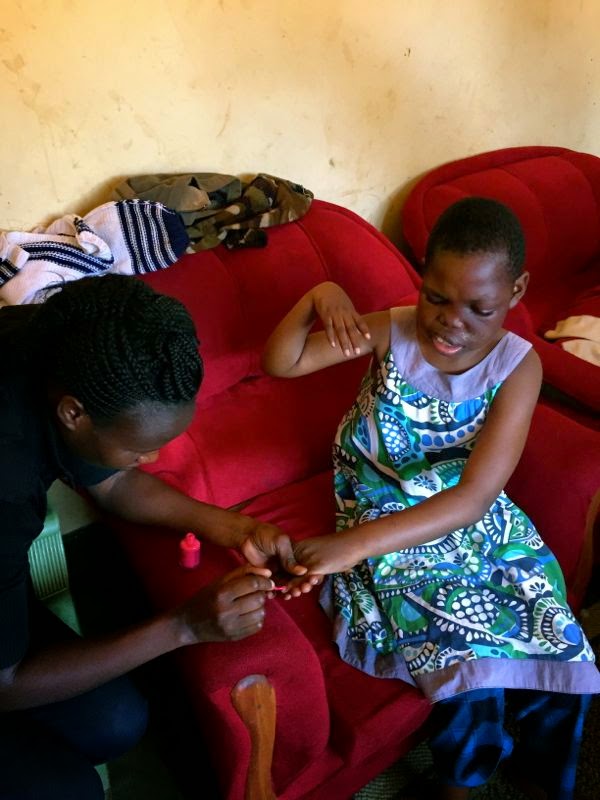 {Cyril having her nails painted too} 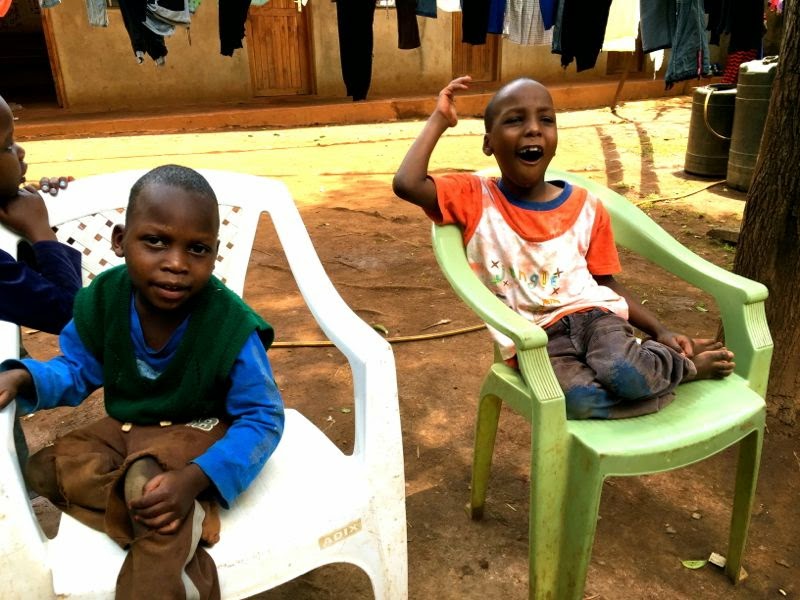 {Moses and Manu kept us company outside as we waited for lunch to be served. These two are best friends.}

Sammy, Leila and I made a few home visits in Kipsongo this afternoon. The joke, in years past, has been "where do you go to the bathroom in Kipsongo? Anywhere you want." So I packed my newly gifted Hunters for the occasion. As it turns out, they have really stepped up their game in the last few years, so the boots were very cute, but entirely unnecessary. 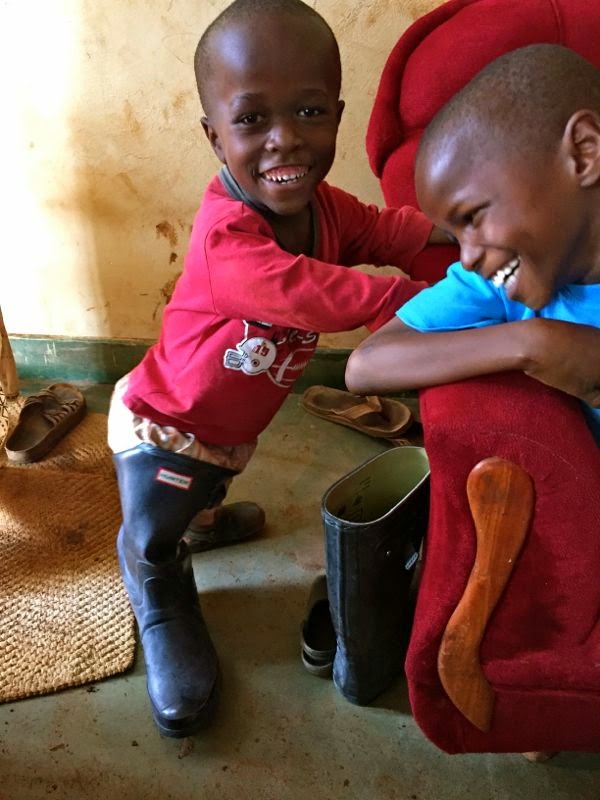 {Sam trying on my boots...he loved that his feet don't touch the ground} 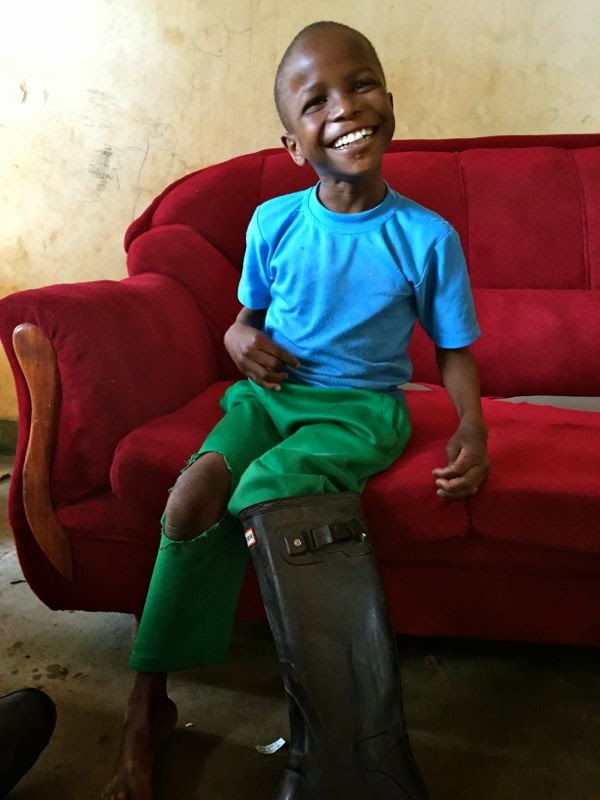 {One more of smiley Alan--because how can I resist?!}

I have been so grateful for each moment with these kids--and the staff. (I painted one of the women's nails today and she pointed at me and told the other ladies "this is my friend." in Swahili...she's right, Annette is totally my friend.) They have loved me and served me (lunches and tea even!) so well. I'm so glad my time with them isn't up yet! And I know, for a fact, that these two-ish weeks will not be the only days I spend with them.
Posted by Allison at 8:51 AM

This is amazing and fantastic and OH so heart warming!! What an incredible group of HAPPY people! Smiles everywhere!!
I love you!!
So does everyone else, huh?!