Lodwar You Ready For This? {Turkana Day 1}

I wish I could spend five hours telling you about this last week. It was a whirlwind...so full of events and discussions and van rides of laughter and snacks...and very little silence. I'm going to do my best to tell you about it as quickly as possible, without sacrificing descriptions and details.

I was (and still am) amazed by all that has been crammed in to these few short weeks--without feeling like anything has been rushed. Though more than a few times I have wished I'd had more time with friends, (old and new) it hasn't felt like anyone has been short-changed. All this to say, I had really high expectations for this trip to the Refugee camp. This was where I thought God would speak and give me clear next steps. So, on that flight, I had to spend some time surrendering my expectations (or the pressures I was feeling from the assumed expectations of others) for the time...and trust that the week would be exactly what it should be (just as the first two weeks had been.)

We landed in Lodwar and walked to the Salama Hotel (smaller restaurants are called Hotels--and what we would call hotels are called Guest Houses.) Steve had been raving about the talapia for days...he couldn't wait. And, honestly, I was ready for some Kenyan food, since I'd eaten mostly chips (fries) and chicken for the first few days.

It was already hot and the restaurant was even hotter. (Northern Kenya feels a bit like Palm Springs to me: you're sweaty as soon as you step out of a freezing cold shower. But, here, there is no ice...no air conditioning, and very little shade.) So I chose to sit out front with the Kenyan friends that had brought us up to Lodwar: Christine and Shem. We chatted and ate chapati and I scanned the streets for faces I recognized, since I knew that there were many kids who used to live in Kitale who had moved back to their hometown in the last few years.

In 2008, I moved to Kitale, Kenya to work with a drop-in centre for street kids called Oasis of Hope. Kitale has the second largest population of street kids in Kenya (Nairobi has the first.) These kids are on the street for a variety of reasons: they've been orphaned, they've been mistreated at home, they've been told that Kitale has more food and kinder people, many spend the day on the street to find food and avoid drunk parents and neighbors. Though the streets can be dangerous, often, the pocket of homes/huts near theirs is much more concerning. And so, over 100 kids would spend the day at Oasis. They were given breakfast and lunch, educated in basic literacy, and--most important--a safe place to spend a large chunk of the day. Oasis, eventually, opened four group homes and sent several kids to schools. Sadly, a few years ago, Oasis closed due to lack of funding, and many of the kids returned to their hometowns to see how life would be for them.

I knew that there were a handful of Oasis kids that lived in the towns we'd be visited. So I was on the lookout for familiar faces. I sent a text to my friend, Geoffrey, who ran Oasis and he gave me the number of one of the girls, Rael, who lived nearby. I called her and asked her to come to the restaurant, she excitedly agreed, since it's been years since we've seen one another--and it's rare that anyone from Kitale makes the 12-hour drive to Lodwar for a visit. 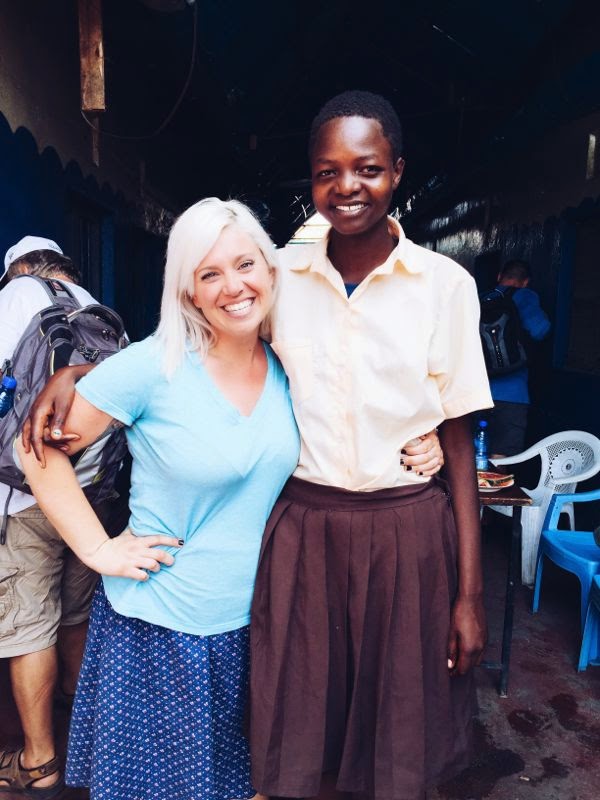 She met us at the restaurant and, as she stood on the steps to say goodbye for the evening, she turned and ran in to one of the Ukrainian women on our team. As it turns out, this woman and her husband had been sponsoring Rael for the last ten years. In surprise and excitement, they both burst in to tears and spent a minute making plans to meet again the next day.

Our team checked in to our various Guest Houses and then headed out to a church service nearby. It was already nearly 9pm and the church attendees had been waiting for us since 7:30. Everyone was so tired, but also so gracious and welcoming. We sang songs and danced together, the pastor shared about the church and orphanage that's attached, and then we prayed for the war in Ukraine. To see a Kenyan church pray for our Ukrainian team members and their churches and homes was a really beautiful moment.

At some point in the evening, the little girl I'd been dancing with crawled up in to my lap and fell asleep. I could feel her little chest rise and fall with her breath. The woman next to me reached to take her, but I told her I was okay. She mentioned that this little girl is one of the orphans in the church and I thought about the common pieces of childhood that this girl would not receive because of her living situation: crawling up in to someone's lap and being snuggled and rocked to sleep...this is not a common occurrence for this little girl. I held her a little tighter and began to pray for her. For her physical, emotional, and spiritual development and health. At points, it felt similar to the 'you is kind, you is smart, you is important' mantra from The Help. It was so late, I was sunburned and so tired--but this was, easily, one of my favorite nights of the entire trip. 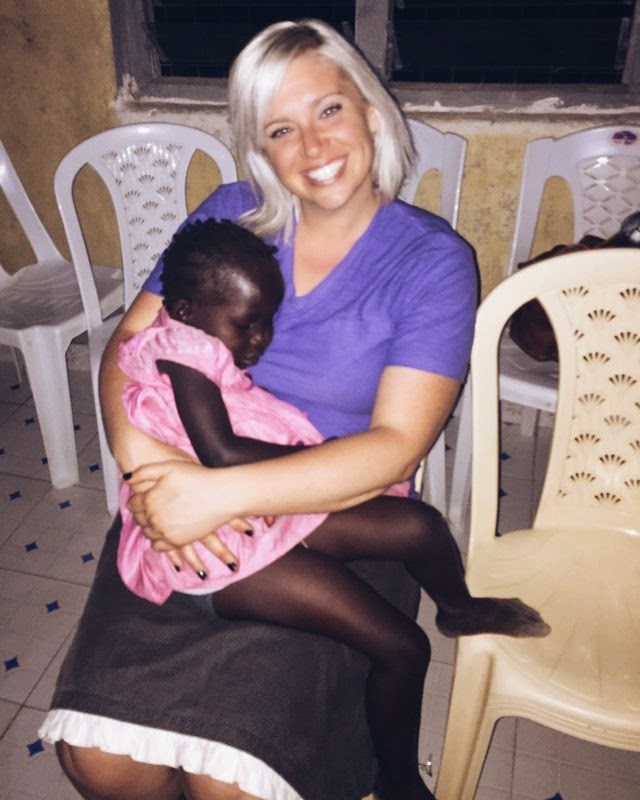 Well, I had intended to do one post on the entire week, but this is so lengthy that I doubt many of you have made it this far. If you have: thank you and well done you! Go grab an ice cream cone as your reward.

I read (and cried) through every single line...I love you and your heart and this trip! I love the reunions and new unions you are having. I LOVE LOVE LOVE how much people love you and the confirmation you are receiving about the impact you have had on OH SO many people throughout your journeys.
I love you Allison!