Love Is A Good Thing

Since school is on break this week {while the Class 8 students take their KCPEs}, all of the house and boarding school kids come to the Oasis Centre to hang out for the day and eat lunch. One giant compound filled with 140-ish of my favorite kids in the entire world? Seriously, the best week ever.

Today was especially fun because the entire Oasis-supported "Pato family" was there. {Pato is the oldest child and since a majority of Kenyan families do not have family surnames, we refer to them as the "Pato" family}. Here they are, in chronological order:
Pato {House 1}, Ajix {Girls House}, Amlango {Girls House}, Irene {boarding} and Lucy {Centre}
{There are two babies: Esther and Peter still at home...
rest assured, they're Oasis bound as soon as they can walk!} 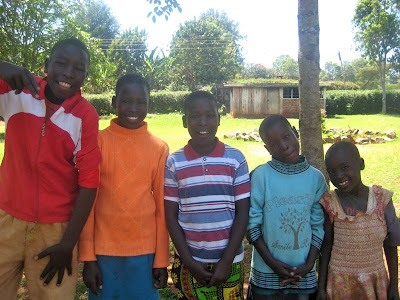 I spent most of the day making a new Oasis Photo Board...and then most of the afternoon watching the smaller kids come in and point out themselves and naming anyone they could. 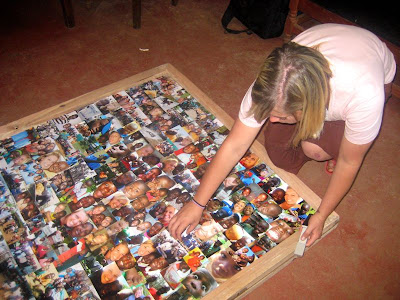 After lunch at Oasis, Christine picked us up and took us out to Gilgal. When we arrived, there were about 10 students kneeling on the office floor. We were told that they had painted their nails during term, which is not allowed.

I then admitted that I had brought 6 bottles of nail polish in hopes of a special afternoon...in celebration of school term ending on Friday. At first I was told no...and then Christine gave in...

Post-painting, we took a ton of pictures: 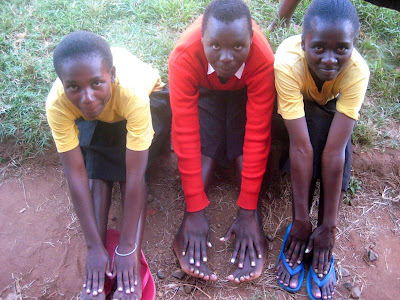 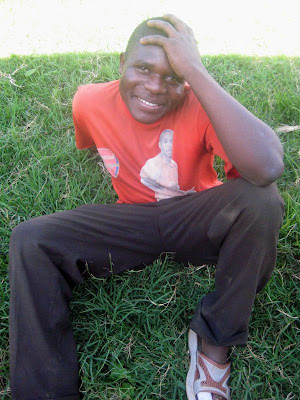 These boys smiled for the first picture, but I thought this one was so much better 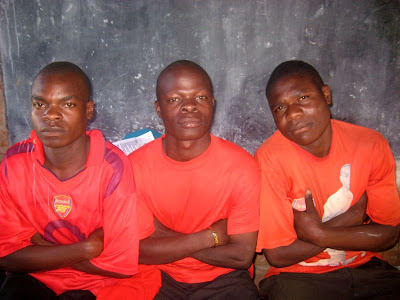 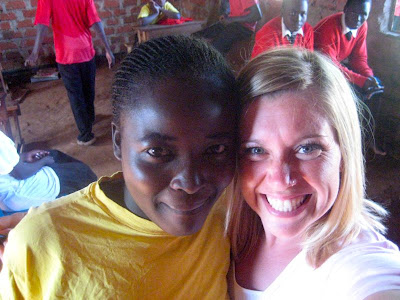 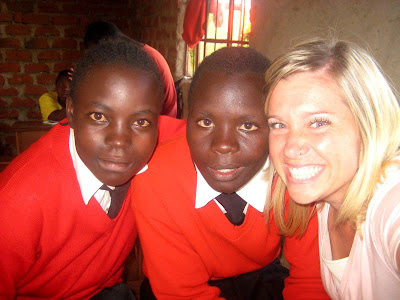 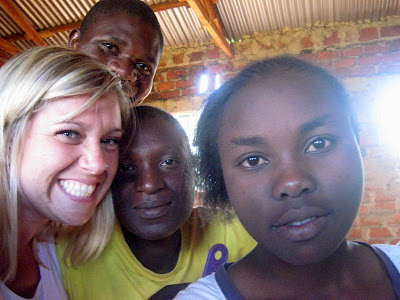 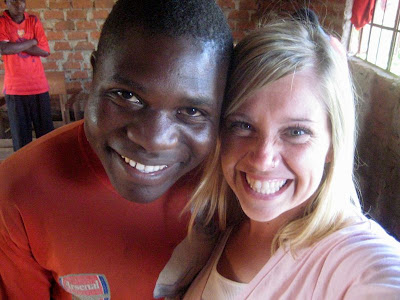 Mary changed her shoes to have her nails painted, too 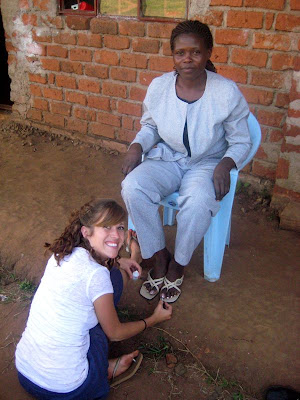 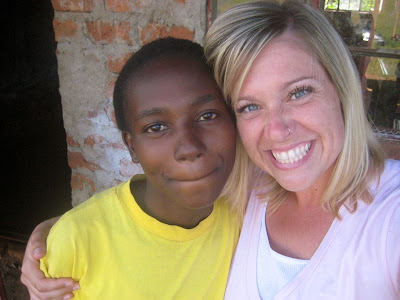 Mary {Who sang me the entire theme song to "America's Funniest Videos"--thank you, Matt Gillen} 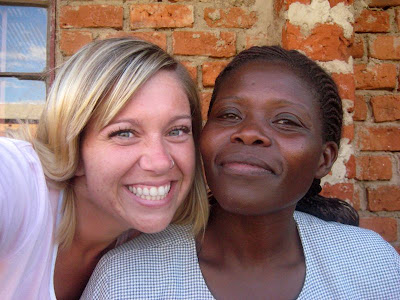 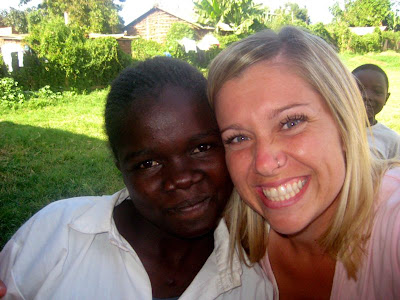 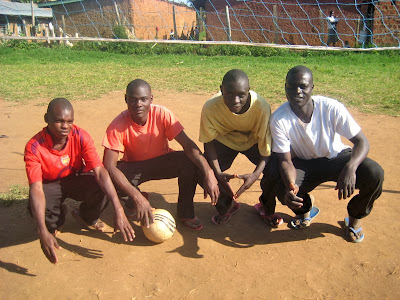 Mary and her daughter "Baby" {Joy} 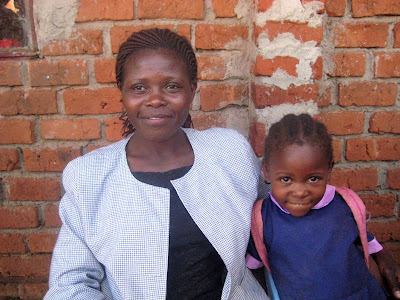 Christine marking exams from this week 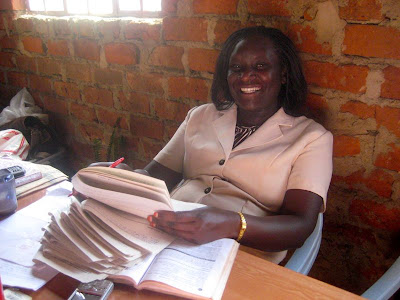 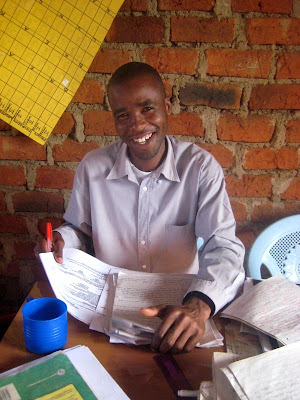 Ben and Christine are in-process of building a children's orphanage in Namanjalala {about 15 minutes outside of town.} They took us to the site today to show us the progress and explain their hopes for the future.

They've cleared the field, prepped and built-on one slab of concrete...the bottom floor will be a church, the second floor the dorms for the orphans and a third floor will be added for the Gilgal student boys dorms. 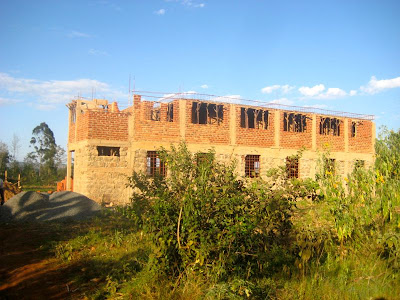 Christine and Mary from the top 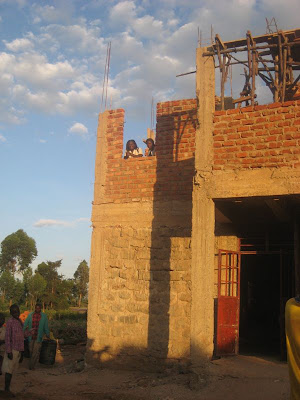 As we waited for our ride home, we made friends with some neighbor kids 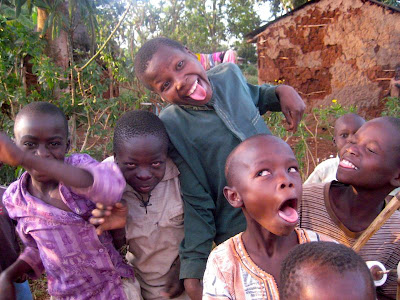 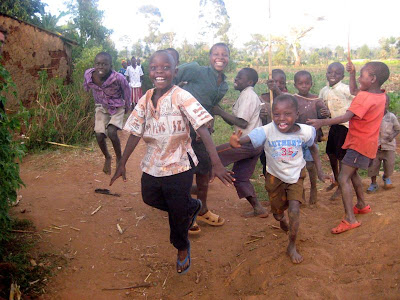 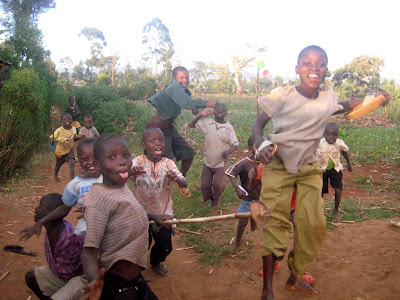 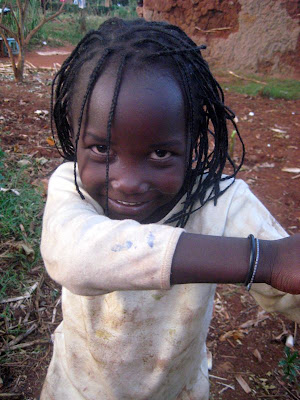 I came home with a pink shirt that was now mostly brown, and sticky dirty hands...but over 150 pictures from the day...
Posted by Allison at 8:58 AM

I wish you could bottle up the happy that those people have. You could certainly SELL it to people in the US.
Love you and your amazing heart.

Your daily Kenya blog always makes me feel good...today's photos are filled with happy people, everyone of them...you are a magic maker...