As a Picture Perfect Painting and a Love Forever True

Today at Oasis, I finished two projects and began two more...I love the feeling of knowing what needs to happen and jumping in each morning instead of waiting to be asked to participate or given instructions.

The newest project involved collecting pictures of each kid and each staff member...I'll explain more as the projects develops...it wouldn't be as cool to explain it without pictures.

Here are my two favorite pictures from the day: 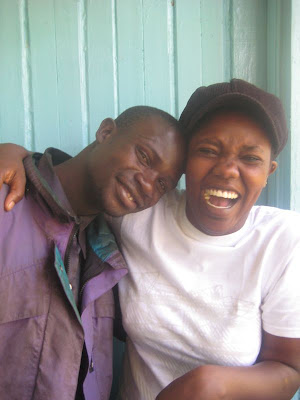 Bushuru {The running joke in Kitale--even with some street kids I don't know--is that Bushuru is my boyfriend. I like to shout things like "You're my boy, Bu!"} 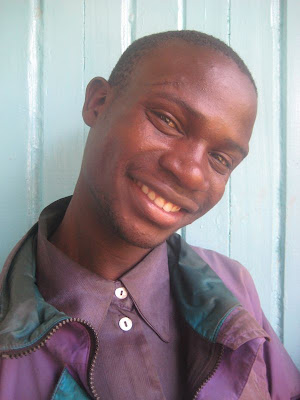 After Oasis, we went over to House 2...the House 1 boys met us there.
Bre, of course, started another Uno Tournament. 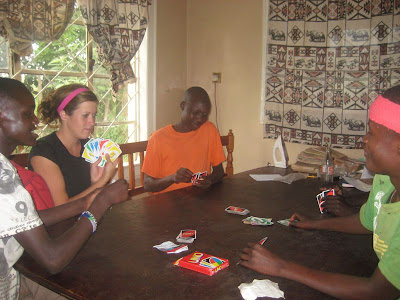 These boys {Moses, Stone, Pato and Bram} were playing a Kenyan card game. I was laughing at all of the arguing that this game incorporated...and then realized that this picture displays it perfectly: Bram gesturing to Moses, Pato fighting Stone...I love it. 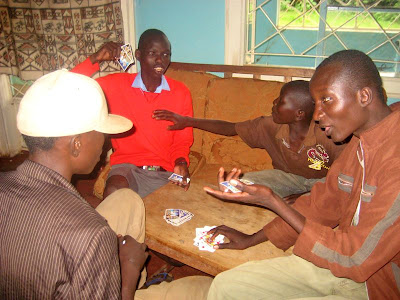 Today Martin, Justus and Stone finished Day 1 of the 3-day KCPE exam. Martin was a little crazy this afternoon--I'm assuming it was a sense of relief after a stressful day. He, evidently, ate two lunches and then drank my soda and his, and tried to steal Justus', too. He was giggling and almost childlike...which is out-of-character for him. It was fun to watch him today. 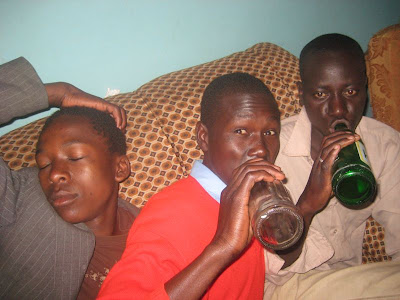 Martin trying to take the soda while Justus was distracted by the camera. 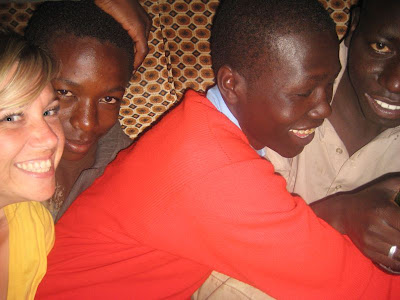 Steward with really long hair
{The boys don't fully understand the concept of blogging or facebook. When I took this picture, Steward said, "Please don't send mom {Lydia} this picture, she won't like my hair this long!" Lydia, please don't say anything about it!!} 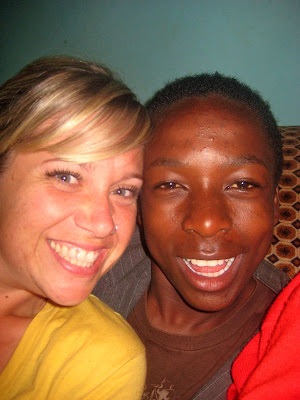 Bre and Evans had matching headbands...so they took a quick "gang" shot
{Clearly they are in some sort of Jazzercise gang} 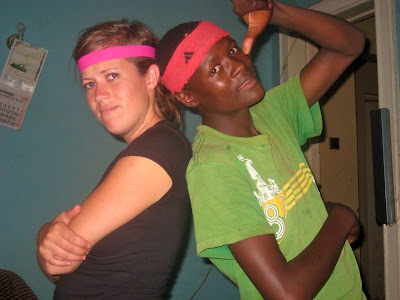 Stone wanted to be in the gang, too...
This is his gang face. 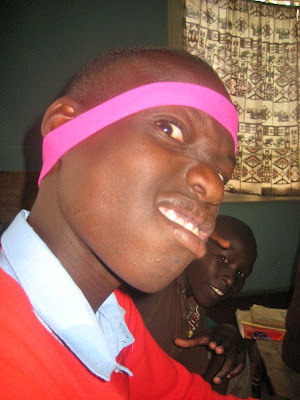 He also is slightly in love with this vest.
It looks like a parachute. 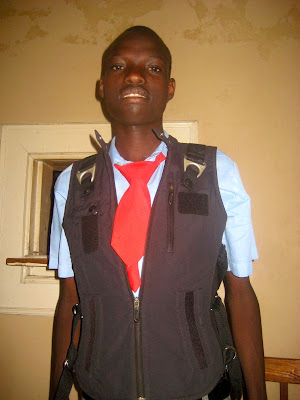 Paul carries a Math test around in his back pocket so he can work on it when he has a spare moment. Tonight, we sat together and worked on some sample problems...most of them revolving around the cost of sending a telegram. Update the test, Kitale! No one has sent a telegram since maybe the late 80s. 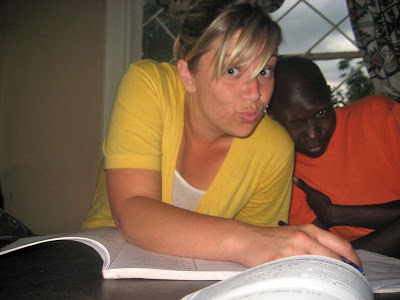 We're working and suddenly hear a huge roar of laughter. I turn to see these 6 boys {and Jordan} laughing hysterically at what was apparently a dancing midget. 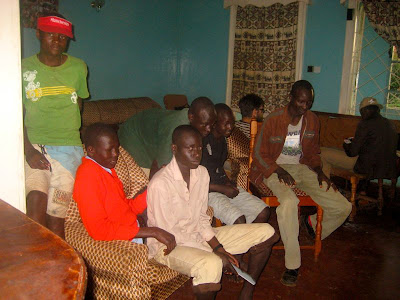 We left as it was getting dark, so we dropped the House 1 boys closer to home. There wasn't enough room in the back seat, so a few had to crawl in the "boot" {trunk}. 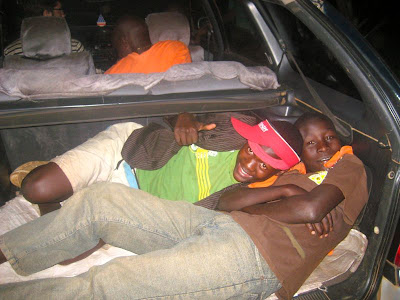 We were four in the middle seat {you just can't see Paul}.
Bram and Shabaan were up in front with me and Paul. 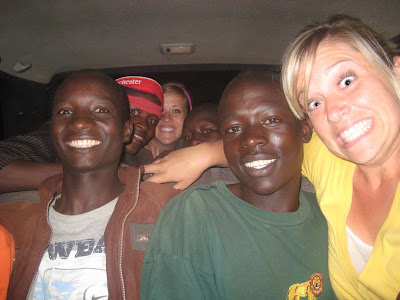 Bre had jumped in the boot with Evans and Pato. 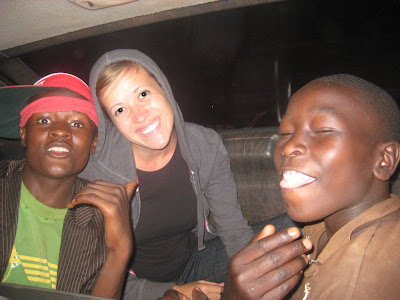 I love coming home, after laughing so hard, excited to recount the stories from the day...
Posted by Allison at 10:23 AM