We had to say goodbye to Oasis today. I cried telling Geoffrey that it was our last day...even though he already knew. After a morning of efficiency {the kids cleaned the church, I finished another project}, and an afternoon of "Enchanted" {which I love...and love even more listening to the laughter of 100 kids watching it}, it was time to say our goodbyes.

Jordan and Bre said their goodbyes just fine {no tears, very articulate}, I took one step and totally started crying. Thankfully, I pulled it together and finished decently.

We ate lunch with the kids and then sat out front of the centre for a while playing and laughing. Then we walked home with all of the kids from Shimo {honestly, probably 20 kids}. 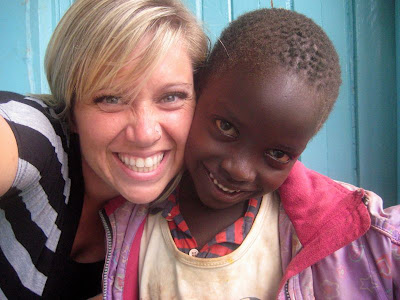 Lucy, Peter, Celinah and Alfayo pointing to the photo board
"Me, you, Alice, Chris, Dina, P.I.G" 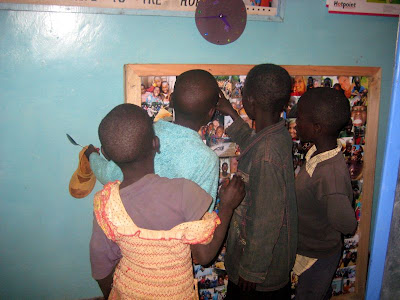 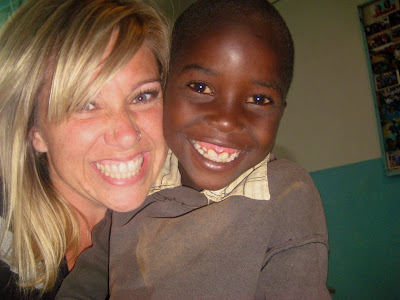 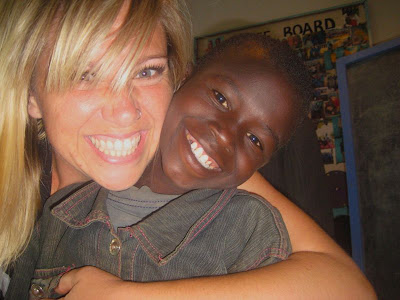 I spent the afternoon with the newly-graduated Class 8 boys. We had them over to the house and after a soda, we watched some of the videos from the most recent dance party, wrote an email, watched part of a movie...it was so fun to be with a smaller group of them.

They left {chocolates in-pocket} and we called for a taxi to take us to the Girl's House. Rebecca {the house mom} is an incredible cook. She made dinner for her house and Boys House 3, since this was our last dinner with them. In true Rebecca form, she fed not only the 11 girls sleeping in her house and the 8 boys from House 3, but 5 neighborhood kids that had joined in on the party and were not asked to leave when dinner was being served.

I was, once again, so moved by the giving spirits of these kids. To watch as the older boys allowed the younger kids choose sodas first, to make sure they got what they wanted. Watch as the long line of what was now 25 people waited to be served dinner. Watched as Rebecca served each child, taking in to consideration their likes and dislikes, portion-sizes, and "soup" desires...never once snapping or complaining or even playing the martyr of the one who prepared all of the food, but was not served. Watched as the kids passed sodas back and forth to those who came in late and were not given a bottle of their own. Watched as one-by-one, neighbor kids came in and saw the huge dinner party...and, without a word, Rebecca stood up and made them a plate...even gave her soda to the last little girl.

I am so challenged by what I'm watching in that house. I really can't stop thinking about what it would look like to serve like that in my everyday life. So, stay tuned, as I try to figure it out, I guess.

More pictures...here are the highlights from the 401 photos we came home with:

Ajix and {her sister} Irene 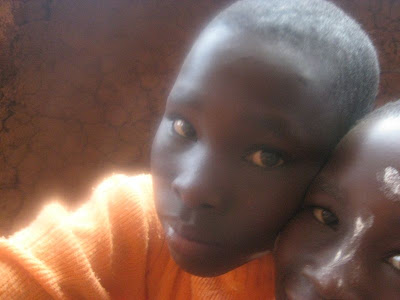 Carrying sodas for 23 back to the house 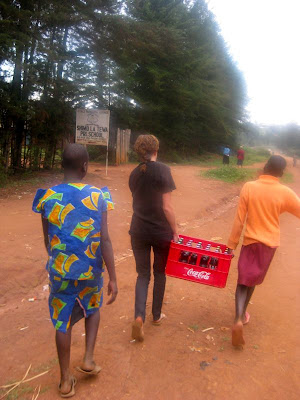 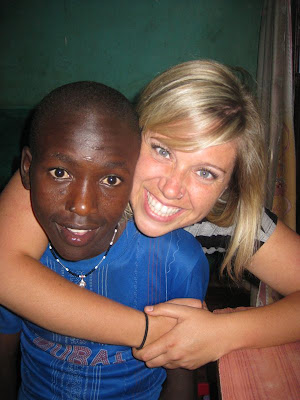 A few Kenyan card games, played with an Uno deck 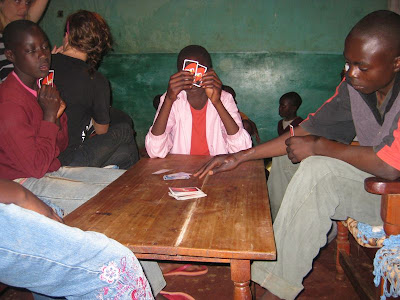 Alfayo {neighbor kid 1--how could you refuse to feed this kid, really?!} 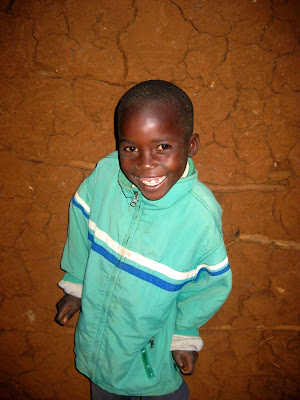 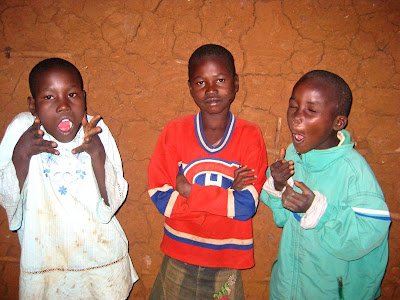 We had a lot of time before dinner 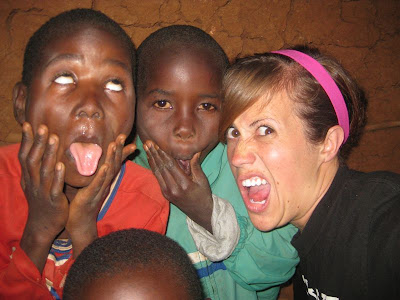 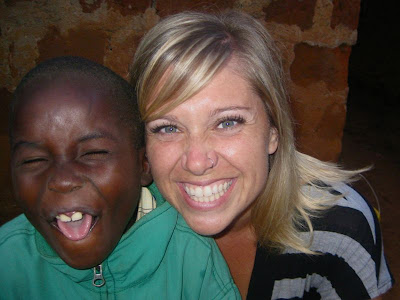 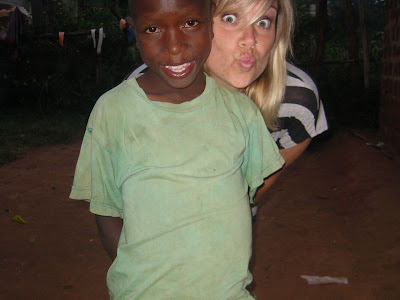 Lucy {neighbor kid 3--yep, you have to feed this face, too} 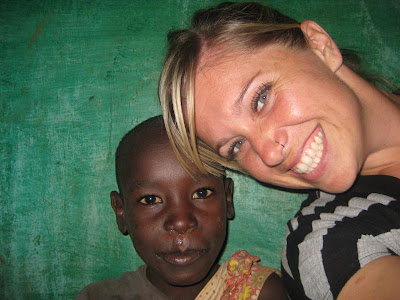 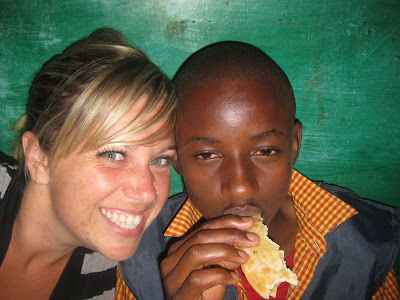 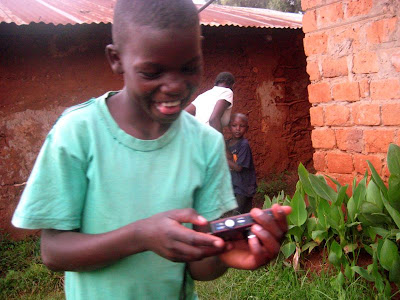 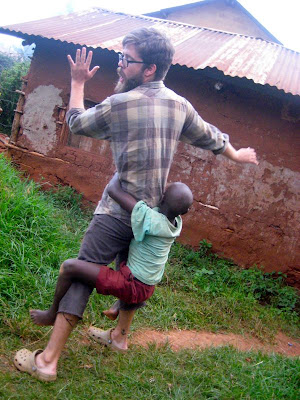 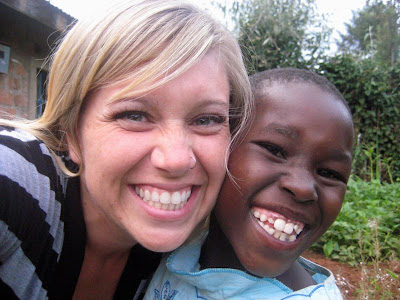 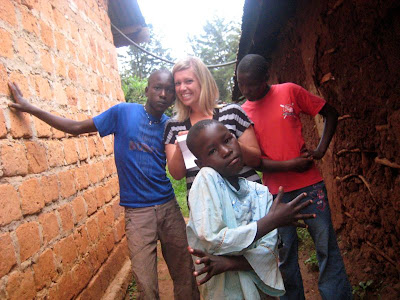 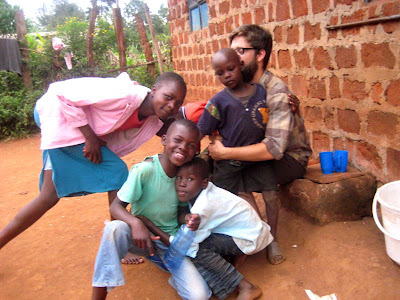 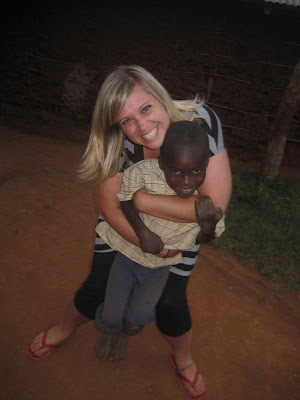 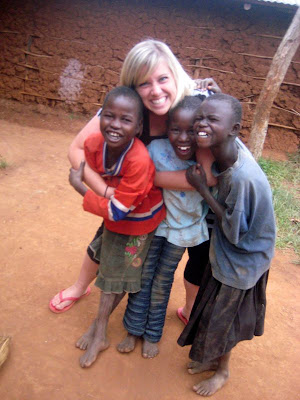 My sweet hair-do {thanks Rael}
Rael, Celinah and Jennifer 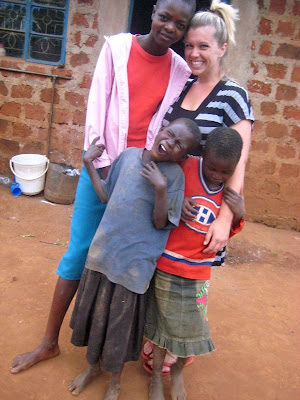 28 people in the living room...all with giant plates and soon-to-be full bellies 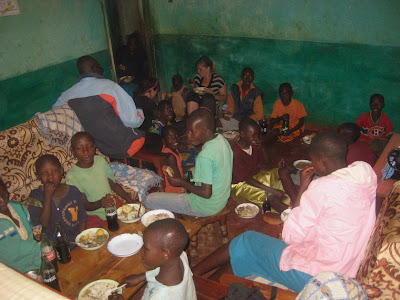 Peter {neighbor kid 4--who is 2-years old, if you can believe it}
and his sister Lucy {who carried him in on her back} 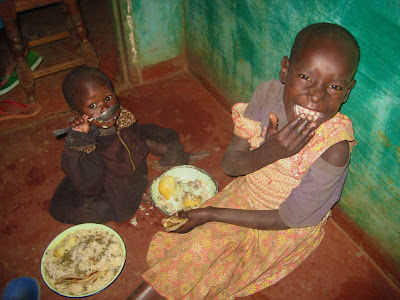 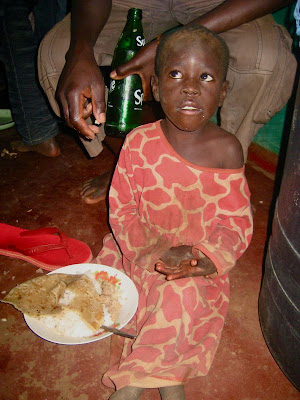 I came home after dinner and cried talking to Bre. I am a little overwhelmed by God's presence in something as silly as a dinner. {Of course I know He is not too big to be a part of something like that, but I just love the small moments in which you can catch His obvious presence.}

Not only for providing an amazing home-cooked meal for those kids that otherwise would have gone to sleep hungry, but also for bringing them in on a night that we were around.

It was a great addition to the house party: 5 Oasis Centre kids that we love, who live in that neighborhood.

For the opportunity to, yet again, witness the effortless way in which Rebecca gives. Or rather, allows God to use her to provide.
Posted by Allison at 10:00 AM

If God is NOT in the little things...He is Nowhere at all...