Sunday morning we went to Oasis Church. {I'm teaching there this weekend and wanted to make sure I didn't teach the same thing}

Alfayo {who has been dubbed 'King of Shimo'--more on that later} greeted us at the gate. I loved his little hat, so I had to take a picture. 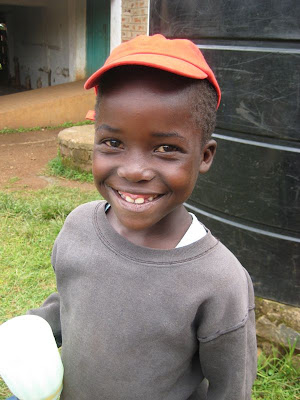 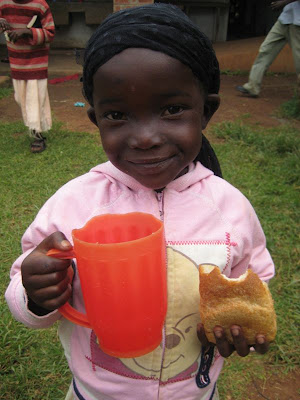 After church, we headed home to relax for a bit before my final birthday celebration. We had dinner at Pinewood {a restaurant that serves both Indian and Chinese food...and used to have a dance club attached to it}.

Charlotte, Geoffrey and Olivia's job met us there. Olivia, Bre, Me, Charlotte and Layla. 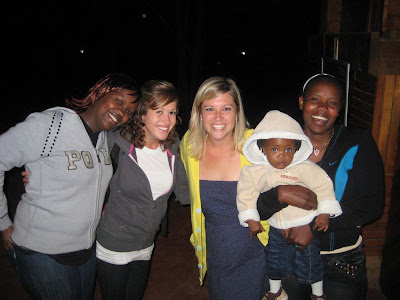 The entire party:
Me, Geoffrey, Bre, Olivia, Charlotte, Jordan, Layla, Emmanuel and Dan
Dan did not stay for dinner, claiming he only eats ugali {more on that later, too} 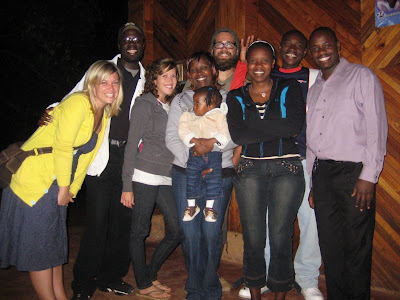 A great end to the birthday weekend...lots of laughter and great food...exactly what I would have hoped for!
Posted by Allison at 4:55 AM

Dear Alli,
I could look at these photos all day, even the one's you obviously didn't take yourself...
all the photos you've taken should be bound in a book on life in Kenya and Kitali...
Anxiously awaiting your return...
Can you bring back a baby elephant for Elijah?

Cute pics out there!