I'm A Fan Of Vans

We took a van ("mutatu") from Lodwar to Kakuama...it's only a two-hour drive. We bought our four tickets and they opened the back seat. Three seats, but they must seat four. It was actually comfortable enough, with the windows open, there was a nice breeze and some great scenery. 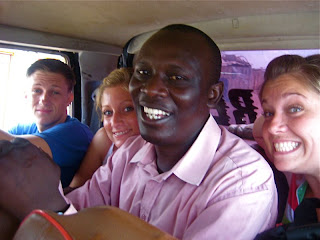 Before we left, we stopped for gas. 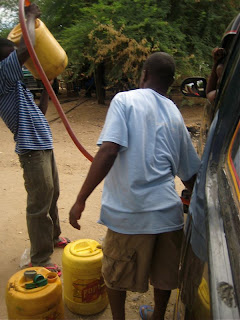 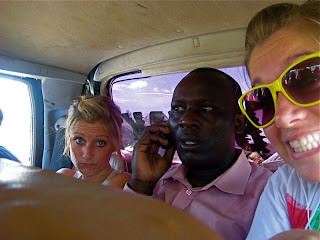 It only takes two hours because the roads are so bad...I'm not just saying that...that's actually what we were told. 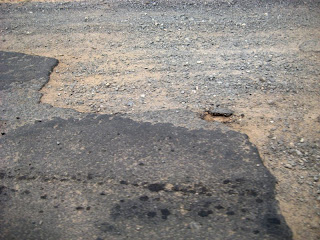 There were miles of deserts and then communities like this... 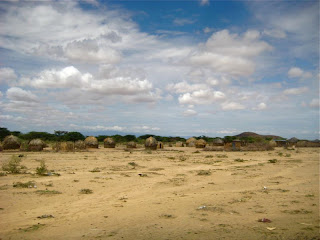 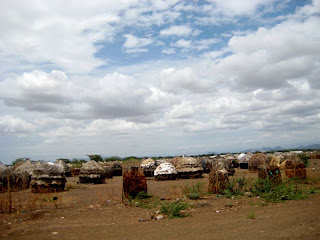 Nothing, nothing and then a flock of sheep and a man like this: 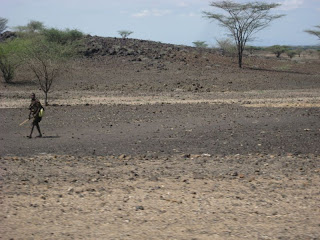 Or a few people selling charcoal or firewood 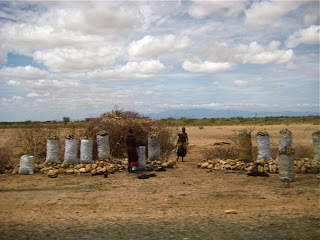 Sometimes, the scenery was just like The Lion King...
"Everywhere the light touches is ours...but the shadowy part over there..." (You know, the Elephant Graveyard?!) 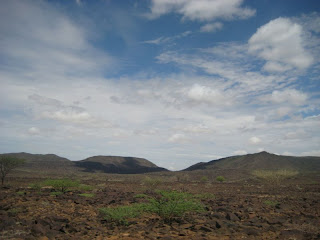 Oh, and here's the watering hole. 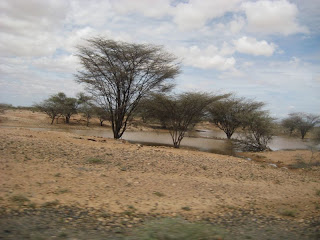 This was such a beautiful, educational ride...I did a ton of thinking and processing (which I will post more about later). If you can forgo the long bus ride, the van ride between Lodwar and Kakuma is a worth-while experience.
Posted by Allison at 1:14 AM