What A Great Day to See Some Crazy-Looking Animals

Every term, the Oasis students with the top marks (they are ranked in each grade) or the most improved are taken out for a fun day. Today, we got to go along with the top 18 students to the Kitale Conservatory (which is somewhat like a zoo, but with a section of "Deformed Animals"). We were really excited.

We knew it was going to be awesome when there was a three-legged dog near the ticket booth... 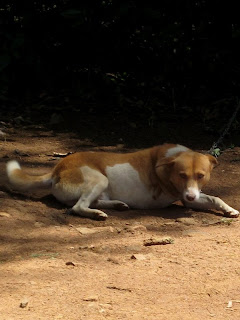 We started with a cave...which had Jesus painted on the wall, along with a few of the ten commandments (and an eleventh that said, "Thau shall not pollute the Earth"), and a fake tree with a fake Zaccheaus. Sweet.

From the cave, we headed over to a display that taught us about rivers...then an aloe plant to teach us about the qualities of desert plants.

Then...my favorite part...the six grade science project display of how pollution effects the Ozone layer and the world around us. The ozone layer was made of foam...and there were "holes in the ozone layer". This man was "Dieing of cataracts and skin cancer". The woman behind him was a large version of the same (note the red paint depicting skin cancer). 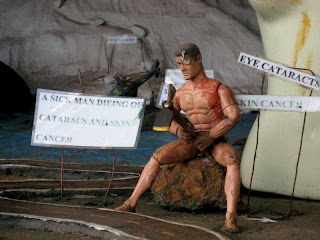 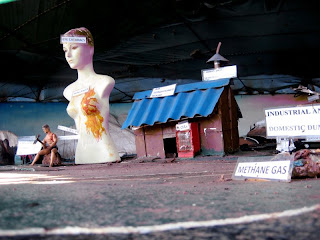 They took us on a walk around the grounds, past a small river, and into the field of deformed animals. (If a nearby farmer has an animal with a deformation, they can bring sell it to the conservatory instead of killing it) 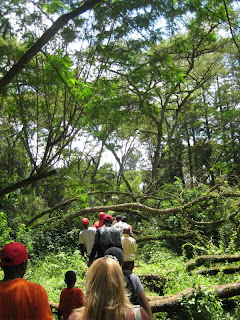 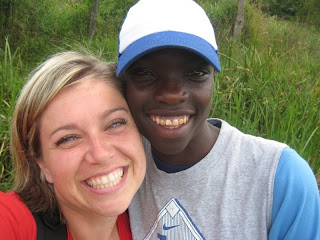 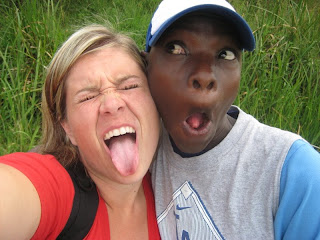 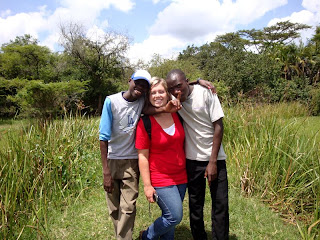 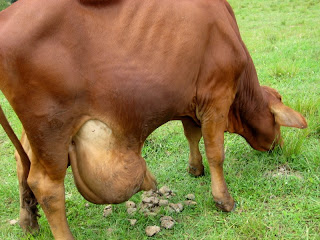 This sheep had crippled legs and walked on the 'elbows' 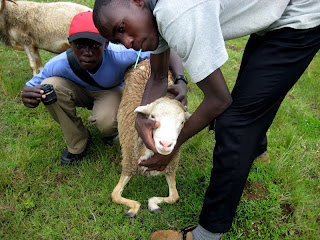 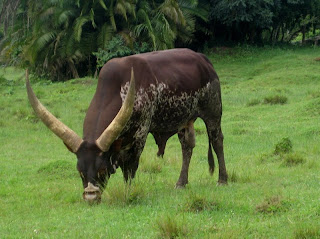 Three legs (well, four, but one is not fully formed) 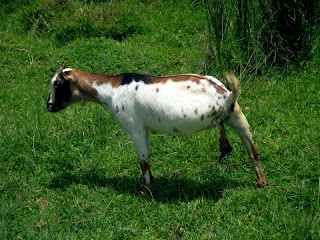 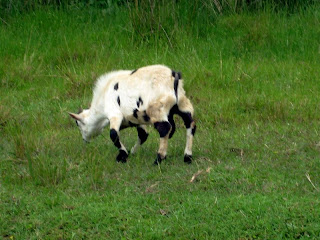 Two hooves on one leg 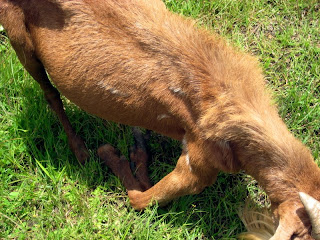 This cow has four horns and three eyes...and a crazy mouth... 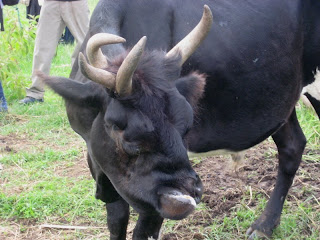 After these animals, we got to take a boat ride around the small pond on the property. 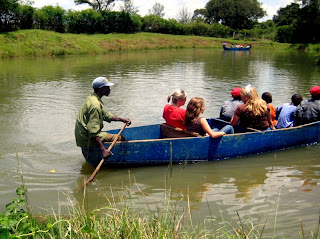 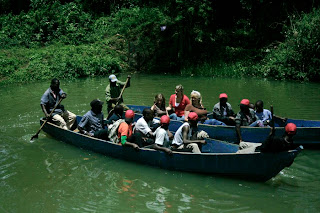 From there, we had some free time...there was a big field for soccer, a teeter-totter (my favorite!), a spinning swing-set and even toilets... 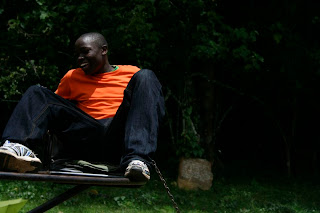 We rode on the teeter-totter, just relaxing... 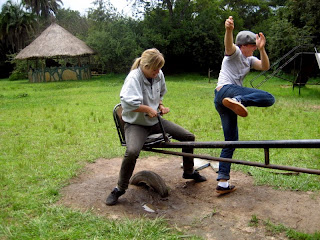 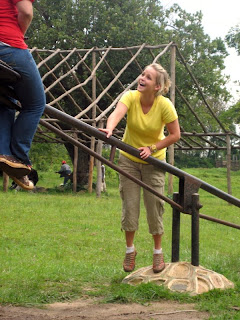 The Great Christophe (pronounced: Kris-toff) tried to work his magic to get us to balance out. 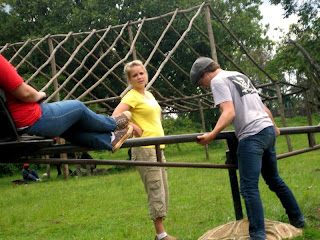 We played for a long, long time and then went to have some lunch: "Chips cuckoo" (chicken and fries...tasty)...and then had a dance party in the restaurant...

Mike and Michelle Robison took us out to dinner, which was so nice of them and really delicious!
Posted by Allison at 12:27 PM

A crazy day indeed...
Your pictures remind me of a 'Ripley's Believe-it-or-not' episode...

We're happy to see you have fun on your mission...Bum and I love reading your posts...
:)

i think i might have nightmares from the pictures of those animals...seriously...freaky!

yikes!
I'm not sure if I am jealous or relieved that we don't have 'deformed animal' zoos here!!!!!!!!!!
xoxox,
Stacie

gosh...I even miss the goat with the leg coming out of his butt.

Now I am just getting ridiculous.....going to bed.

Wish I could go to Oasis church tomorrow...goat smell and all!