Our story begins with a boy named Bram. Who, while waiting to have his haircut before the big adventure he did not yet know he would be taking, made an adorable silly face for the camera. 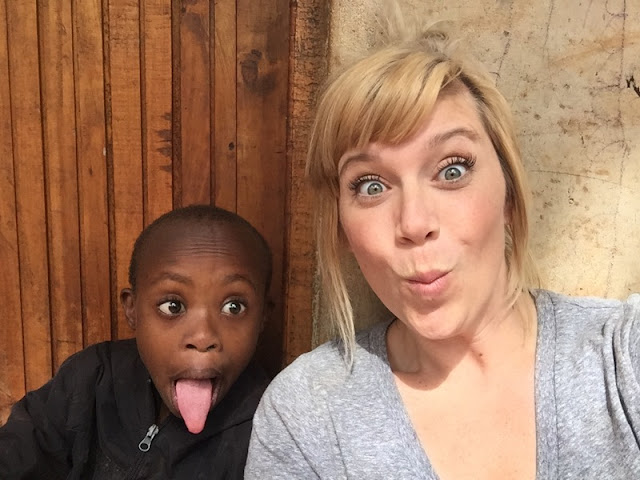 He climbed in to Sammy's car with the idea that he was going to visit his mom--a white lie told by Sammy to make it a little easier to leave a house of forty-plus children with only one child--and was brought back to our house--where he was met with juice, a banana, and some cookies before dinner--and decided to "read" a bit before dinner.

According to Bram, this book begins, "One, two, three, seven, Sammy, Bram." 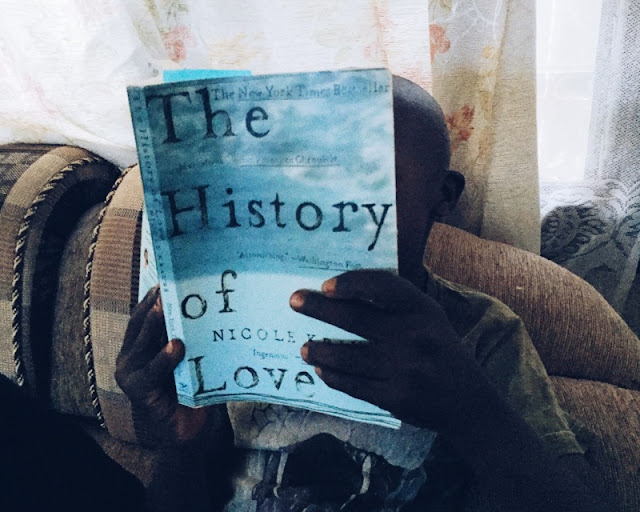 The following morning, after a long night's sleep sprawled out across the bed, he joined us in saying goodbye to the visiting team and driving to the airport to drop-off three friends and pick up one more. 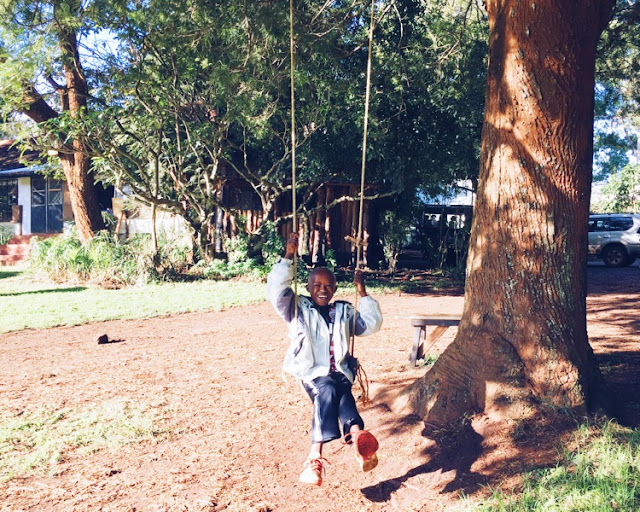 Our timing could not have been more perfect: we said our goodbyes to the three departing visitors, Bram stumbled in to a sign and I, of course, laughed {he was not hurt, so I'm not a huge jerk for laughing at a kid!} and Bre called out from arrivals, "Hey! I know that laugh!" 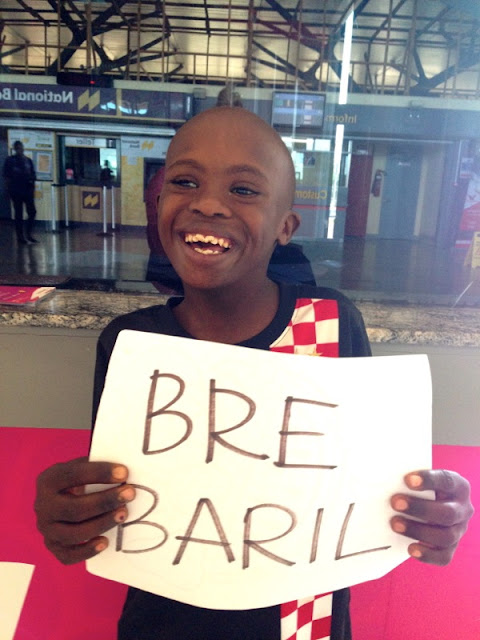 We loaded Bre in the car and danced to Justin Bieber {"Baby" and "Sorry" are Bram's two favorites} all the way home. It's been about three years since Bre was last here, so she knows a few of Sammy's kids, but had so many more to meet. And, let me tell you, they all were vying for her attention that first afternoon!

Lucky for those kids, a team from Taiwan came for a visit just before dinner, so there was enough attention to go around! This woman {and two of her team members} sang songs and danced with Suzie and Moses for about an hour. At one point, I recognized the melody of one of the songs they were singing in Mandarin. I said, "Was that SpongeBob SquarePants?!" They laughed and said, "Yes!" Even the older boys were excited, since that's a favorite around here.

It was so fun to watch both sides of the exchange having the time of their lives. 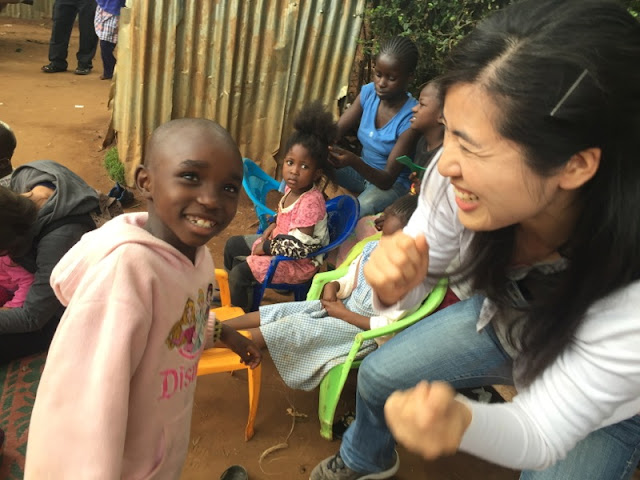 It is always such a joy to watch the visitors love on Sammy's kids. Sammy was commenting that she enjoys watching which child each adult connects with, since it is different with every team.

She said, of the 43 kids in the house, every child has had at least one adult connection over the years. What a small, but beautiful reminder of the way each of our hearts are uniquely shaped.

This was just the first day of Bre's trip. I'm not sure any of us knew exactly what the week would hold, but, in the end, there was a lot of laughter, a lot of crafting, and several stories of life-change which I have, hopefully, documented well and will share over the next few days.
Posted by Allison at 10:25 PM

LOVE this so much!! He looks so happy when he sees Bre! I love the fun things you do to bring JOY to SO many!!