Four Days, Three Goals, Two Girls, And One City: Our Trip To Nairobi

At the end of September, beginning of October, we took a trip to Nairobi.

The goal of the trip was threefold:
1) Renew my visa
2) Repair the car
3) Retrieve our visitor, Nathan, from the airport.
{I grew up at a church where each weekend's message points were either an alliteration or an acrostic, so since the first two begin with 'R' it was only natural that the third did as well.}

One of the bonuses to this necessary trip was all of the treats awaiting us on our journey. After living in a town with very few sweets (other than candy bars--but who wants those?!) in a home without an oven, one becomes very easily excited at the idea of a baked good or ice cream.

So, when we stopped for lunch in Nakuru, you bet your booty I bought a double chocolate milkshake!
If I were writing this on my phone, there would be about five heart-eye emojis surrounding this photo...because, wow, that shake was worth the wait! 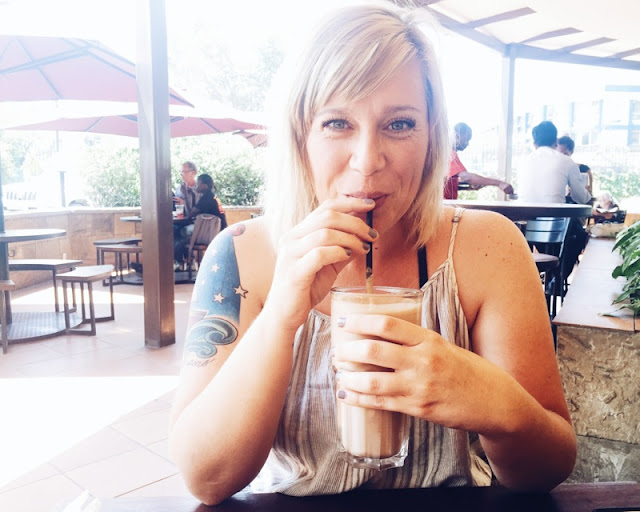 The road to Nairobi is full of rolling green hills, towns in varying degrees of development, and several vegetable stands. There's such commitment with a stand like this: to bring the produce in and out each day seems like such a chore. And the display itself seems so detailed. I loved passing these. 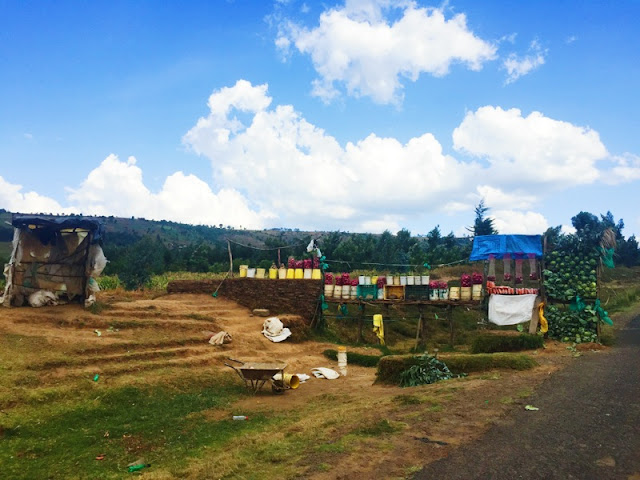 This market stretched for about 1/4 mile--dozens of stands with an array of goods and a smattering of people buying and selling. 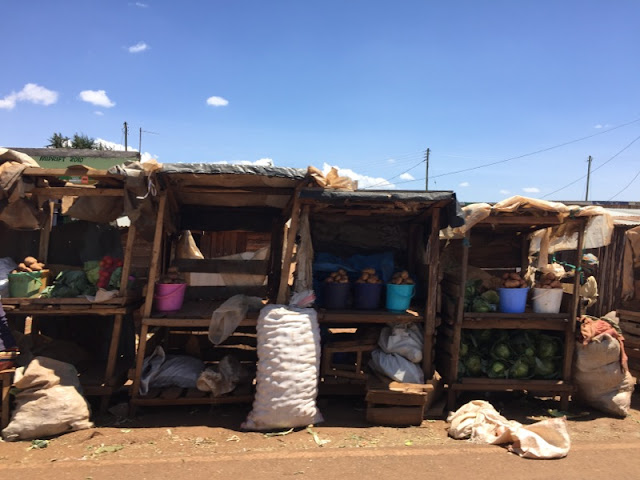 Once we got in to the city, I was responsible for navigating. I feel confident in my ability to read a map, once I get the feel of a map. Apple Maps in Nairobi was rough--so we ended up taking the {really} long way to our hotel. On our way, we saw a group of street boys collecting plastic in the back of this garbage truck. I like to think of this as dumpster driving. 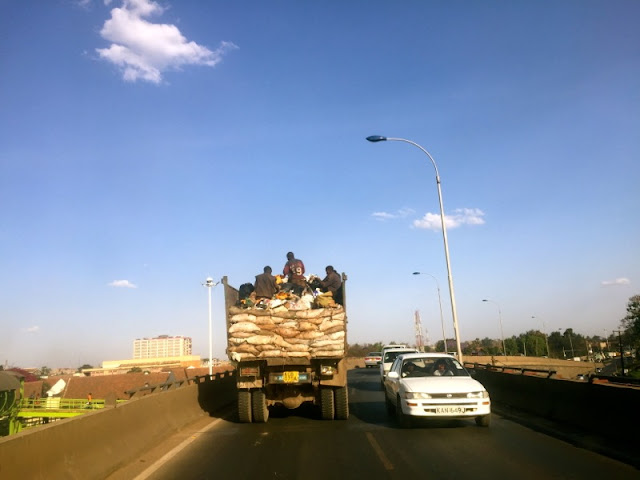 The next morning, we got down to business. We dropped the car off for repairs, inspections, and paperwork and took a taxi over to have my visa renewed. There are a few signs that say something to the effect of "put your phones away" but I am just so sneaky... 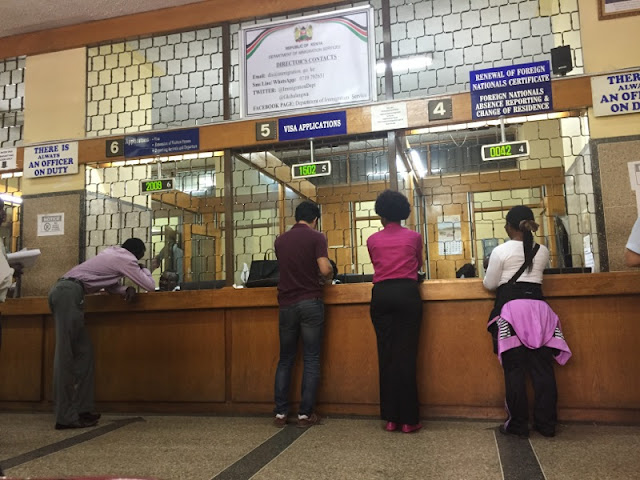 And, with my visa renewed, we called it a day! We run like crazy on a day-to-day basis in Kitale, so this was a vacation for us. So long as we accomplished the four goals of the trip, the rest of the time could be spent writing blog posts, watching Friday Night Lights, taking naps, and eating delicious food.

As I mentioned, we were on a mission to find things we have not had here in Kitale. So, we chose our dinner spot that night based on the fact that we'd heard it has good cake. I ate the most delicious butter cookie with my after-dinner coffee and Sammy ordered two pieces of cake. Her motto for the week was "4kg {8lbs} in 4 days!" 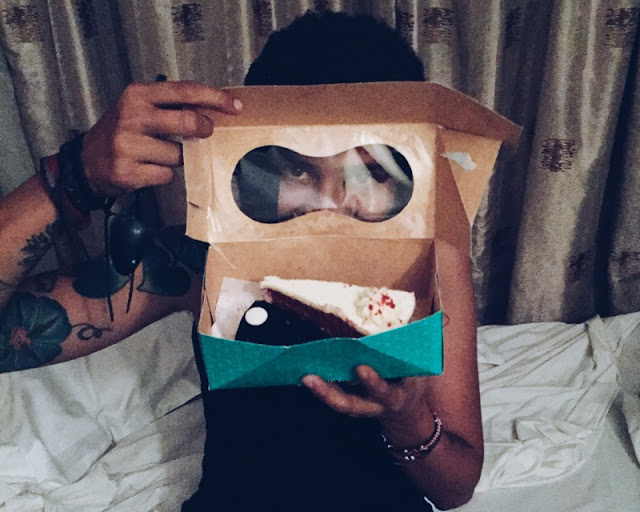 The next day, with the car back at the shop for the next phase of tests and the insurance renewal, we spent the afternoon writing posts and catching up with a few friends from Mariners: Kaima and Shegz. {In the middle of lunch, my sandal broke. I walked, barefoot, through the mall to find a shoe store for a replacement pair and was stopped by no fewer than six people to ask why I was not wearing the shoes in my hands. Then, we returned to the restaurant to await the car, and the waiter told me he was glad to see I had purchased new shoes. Never been to a place so concerned about footwear!} 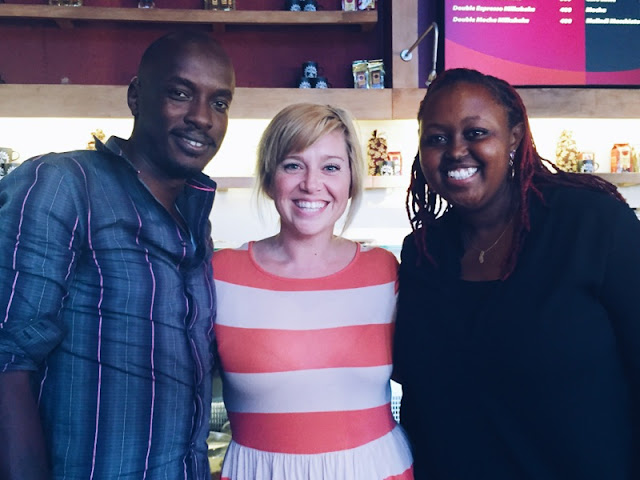 Later that night, we met up with a few more friends. Allan was part of the first team of high school students I led with Mariners and Mavuno churches. He arranged dinner (at a Dominos/Coldstone combination) so his girlfriend and I could meet. 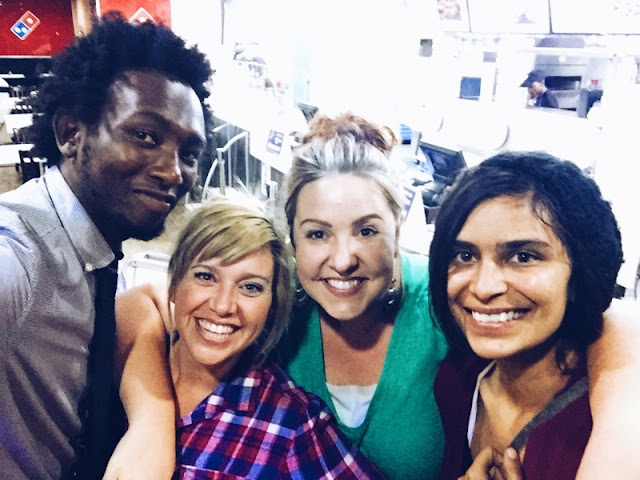 The next morning, we made the rounds with the car...it was a long, hot day, but at least everything that needed to be done was finished--especially since we'd be heading back to Kitale the following day.

After a late lunch, an early departure for the airport {no one is ever sure how long it will take to get to the airport, since traffic can often triple the normal commute time} we sat in the airport parking lot for an hour or two waiting for Nathan's flight to arrive. Having spent most of the day in the car--and knowing the next day would be more of the same, I, of course, ran over to get an iced coffee, and sat in the middle of the empty lot near our car reading a book.

Nathan {an old student from Mariners} made it safely through customs and we set-off to the only place we knew to be open at that hour: Dominos/Coldstone...definitely a great way to finish the trip! 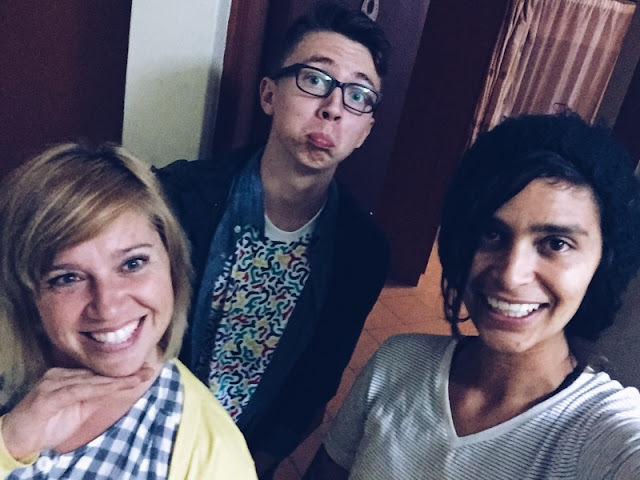 On the way home, we stopped at two great first-time visitor sites: 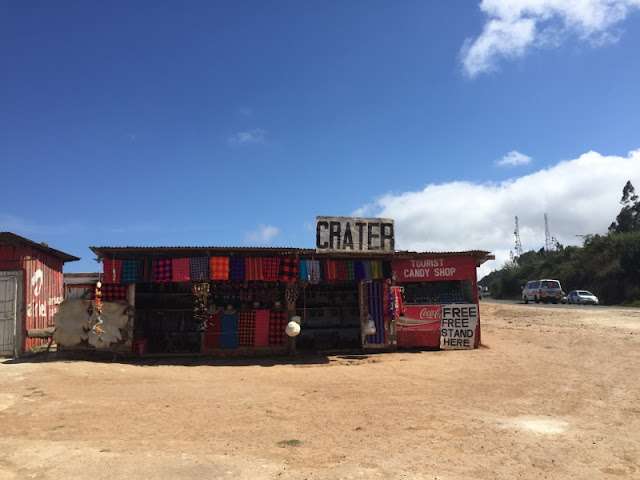 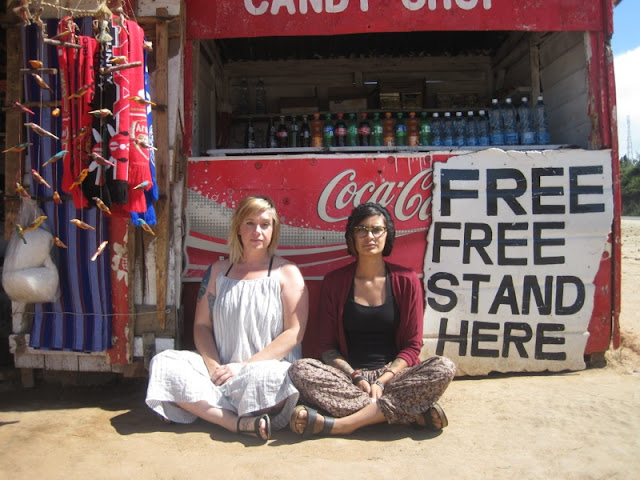 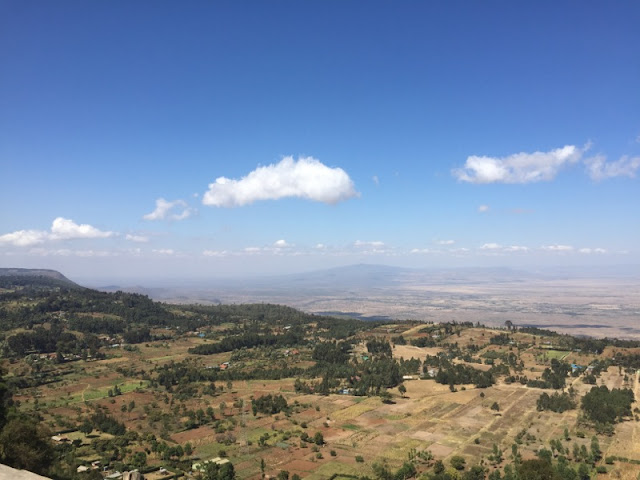 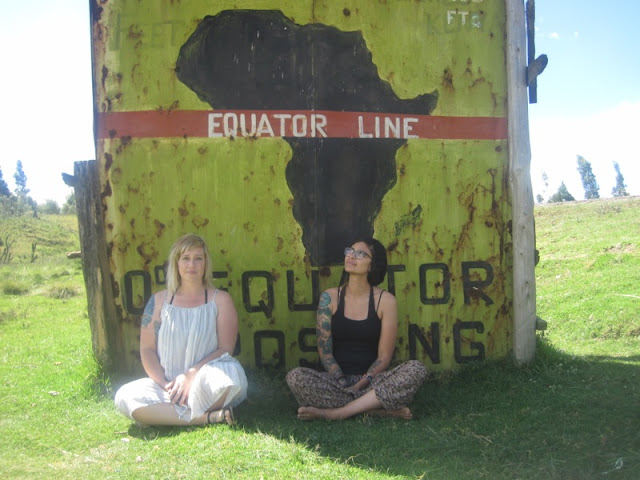 We made it back to Kitale in time to have dinner at the kids house. It was a long day for Nathan, but also gave him an idea of what his next month would be like.

Also, after four days of junk food, I could not wait to get back to my typical meals: oatmeal, beans and rice, and ugali and cabbage!
Posted by Allison at 5:50 AM