What a super fun, jam-packed week it's been! Yesterday we did so many things that when I loaded the photos in to my computer, I said, "Wait! We went to that clinic this morning?! Feels like it was two days ago!"

Here's a whirlwind explanation of a day full of firsts--and new beginnings, really.

There was a clinic just outside of Kitale for children with disabilities, so we took a few of the Precious Kids for check-ups. While Sammy made sure we had everything we needed, I sat with my friend, Annette, who was busy preparing lunch for the home and school kids...they begin just after breakfast--even before porridge time. Between food, laundry, and changing kids, these women never stop! 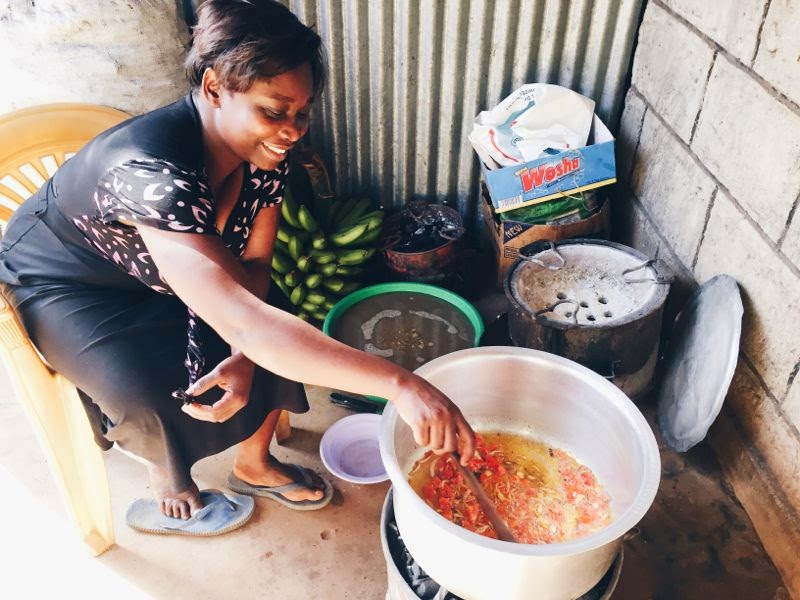 Moses was all dressed up...and BEYOND excited to be among the chosen to ride in a car (he's really sensitive to sounds, so he doesn't get taken many places--riding in a car is a real treat for him!) 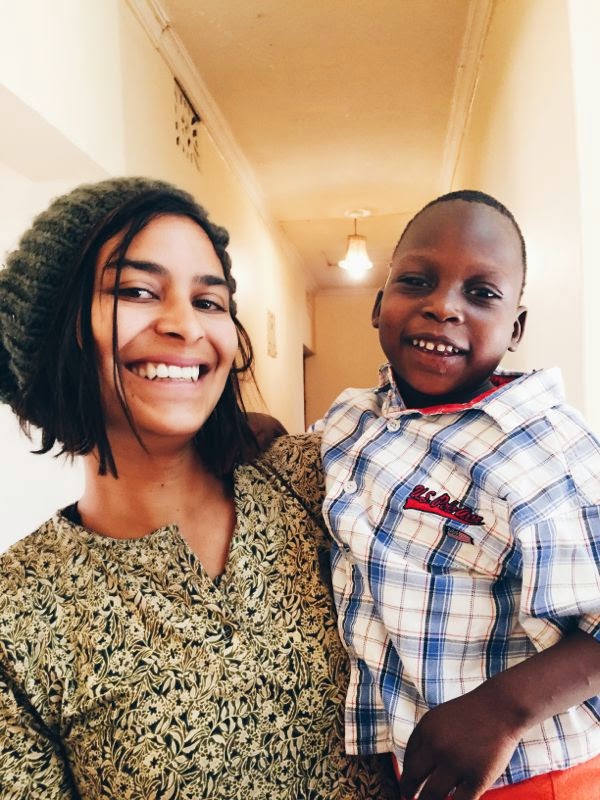 He stood and looked around as we prepared to leave...and then sat for the ride, but pointed at everything we drove by. He doesn't speak, but makes sounds--and those were definitely sounds of excitement for the 45 minute drive. It was really funny. 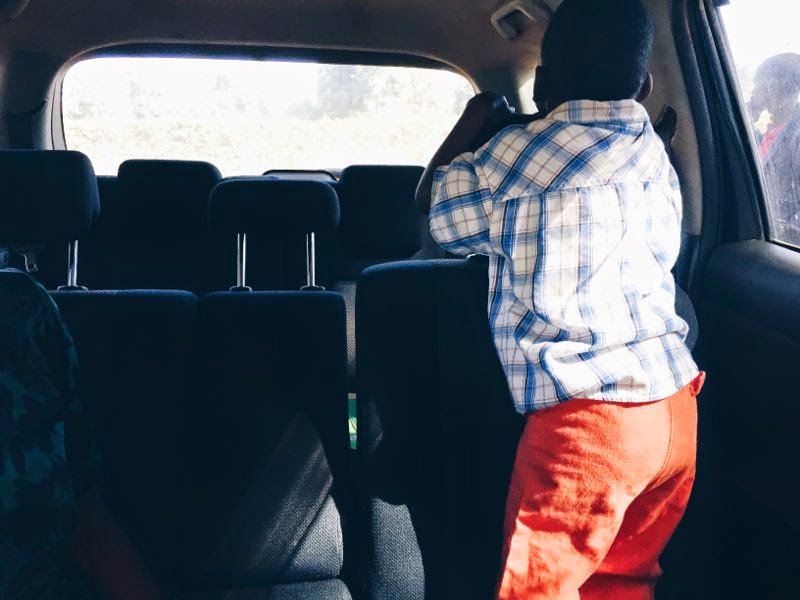 Before we got to the clinic, we stopped to pick up Lillian from school.

Of course, when we pulled in to the parking lot, all of the other kids saw us and came over to say hello. 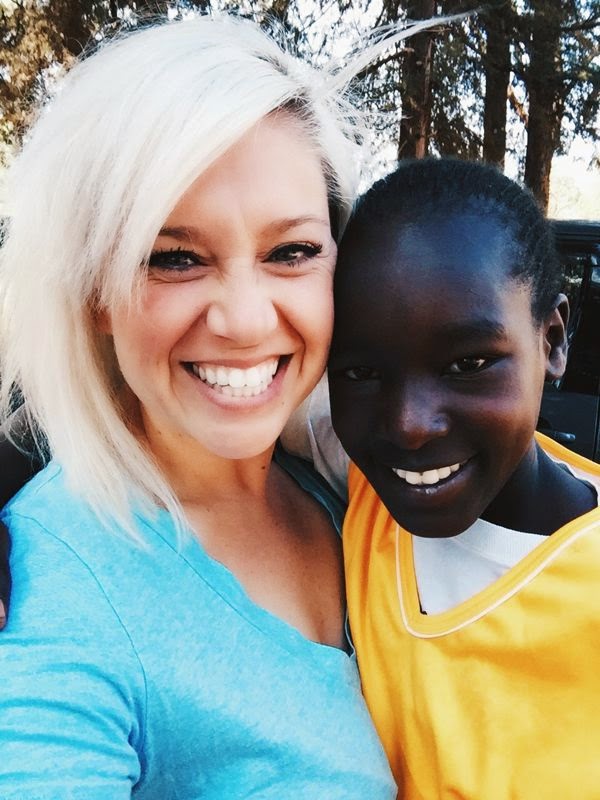 Augustus and Hillary in their new track suits 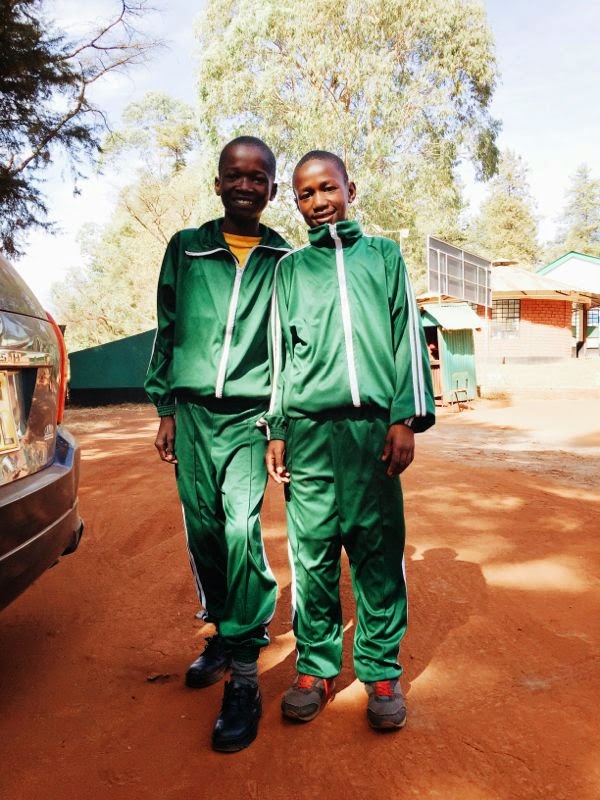 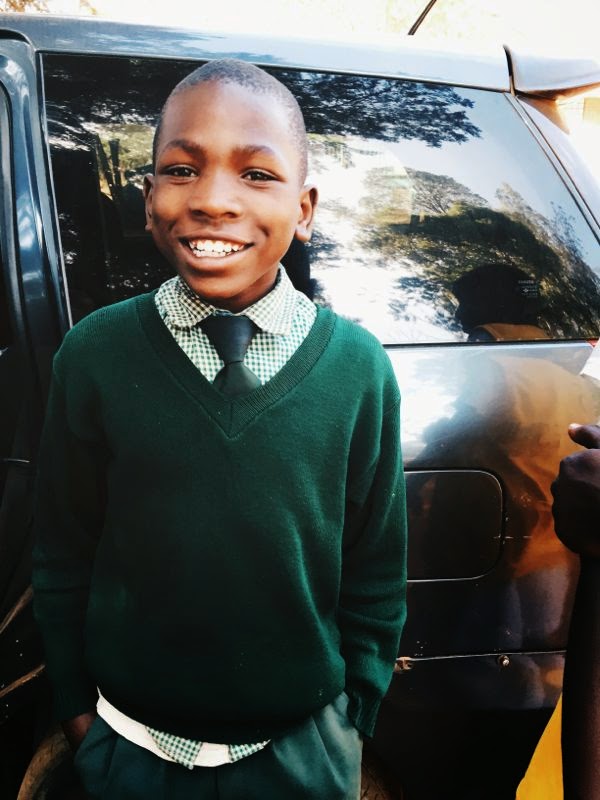 We got to the clinic and waited for a few minutes to be seen. They took us on a tour of their "Small Home" that houses about 30 kids with a variety of disabilities. 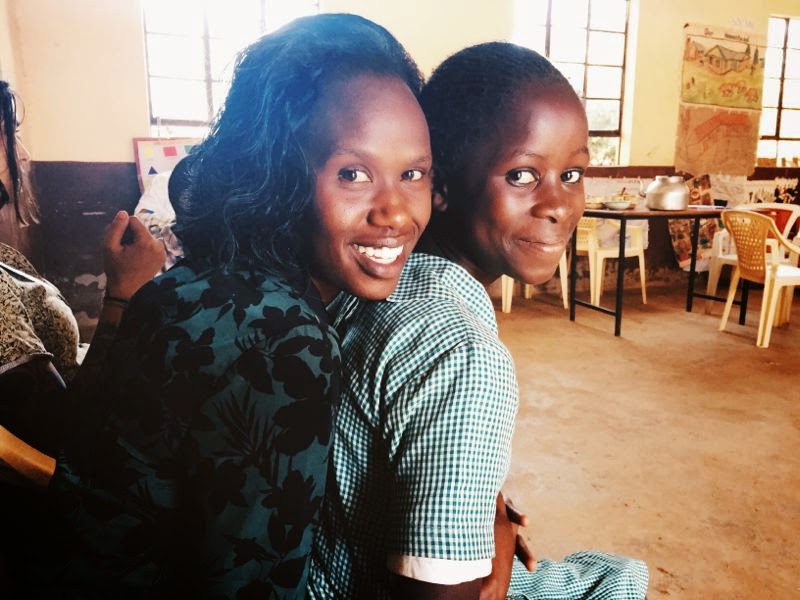 We took turns entertaining Moses, who was still very excited 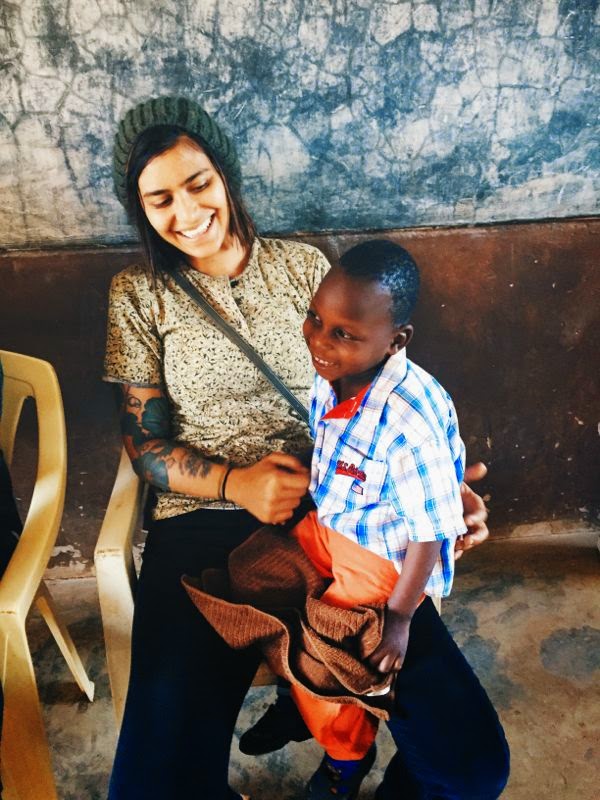 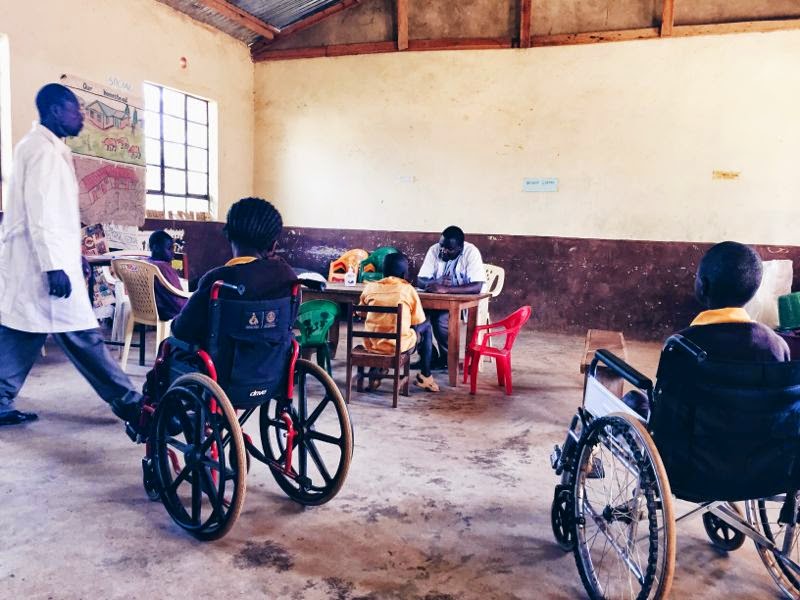 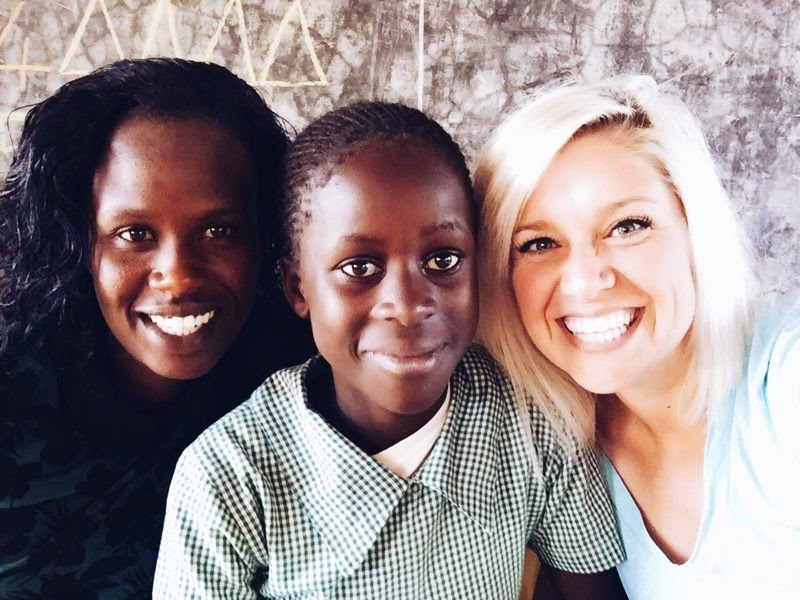 On the way home from the clinic, we were passing the new Precious Kids Center property. Sammy had been talking with the workers all week and heard they'd been working on the roof, so she wanted to stop to take some photos. Moses and Lillian had heard about the move, but hadn't been to the site since so much progress had been made on the building. It was really cute to see what will be their home through their eyes: choosing which bedroom will be theirs, imagining the new kitchen, looking at the giant front yard that they'll play in...oh man, it was so fun! 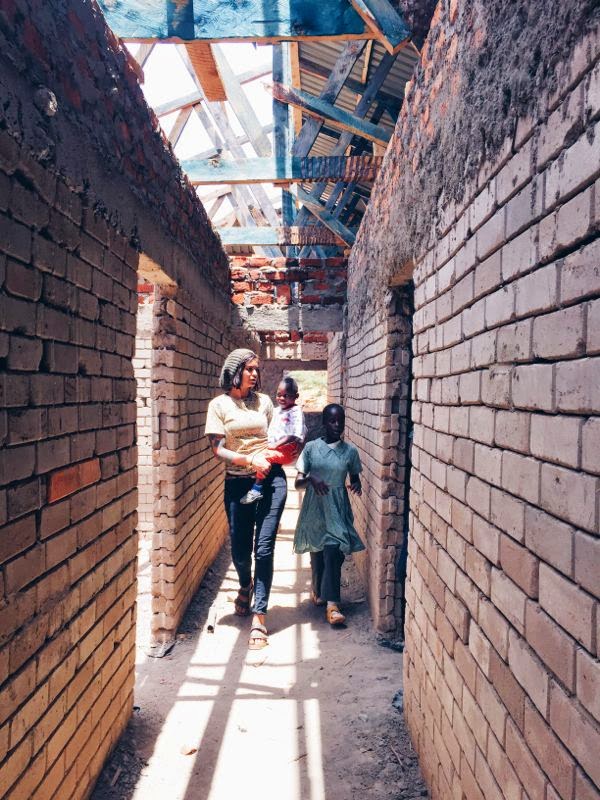 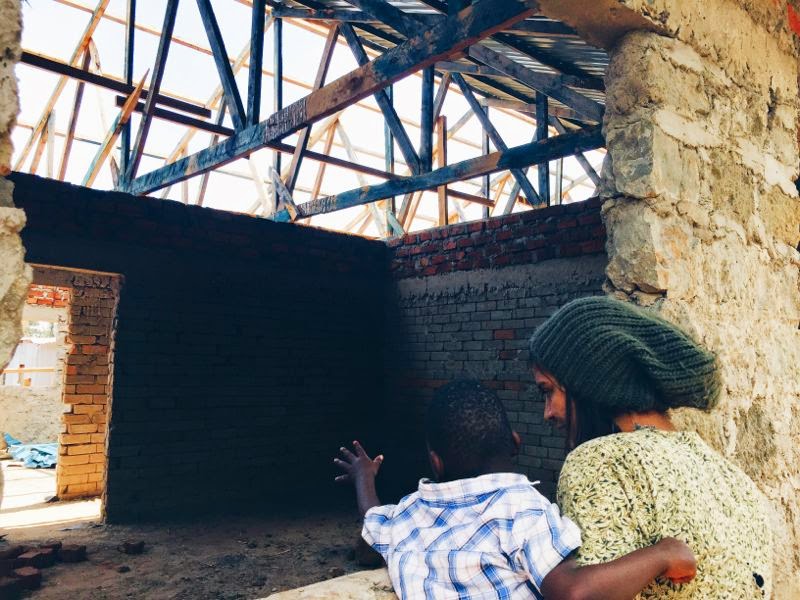 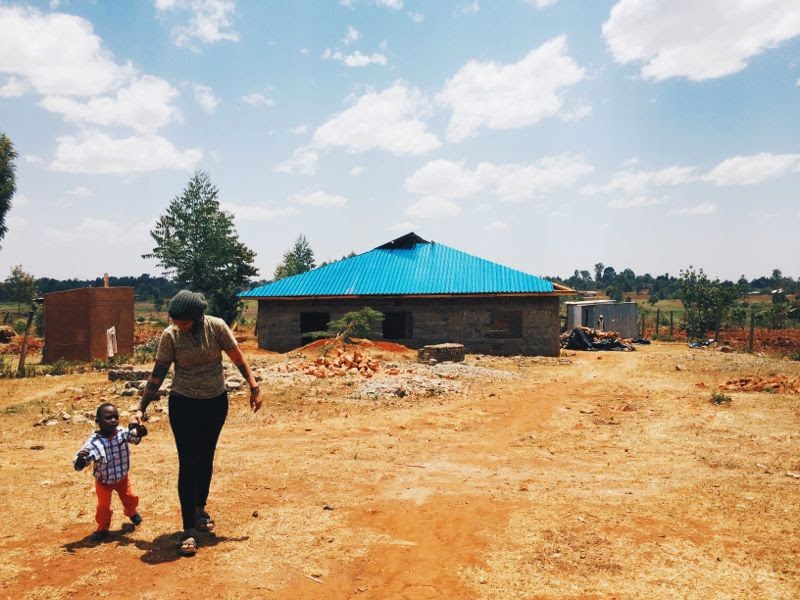 We went back to the kids house and ate lunch. I assumed the afternoon would include a few errands, maybe a quick stop at home for another cup of coffee and 30 minutes of quiet before returning for dinner at the kids house. But that was not the case. Sammy walked in to the living room and said, "alright, let's go!"

{We did stop at home and I filled a small water bottle with iced coffee that I'd made. I felt like a genius--and it really made the second long car ride of the day fantastic.}

When we got back in the car, Sammy told me where we were going. We were on our way to a town about an hour away, to meet a little girl that she'd heard about that may be coming to live at the center.

We arrived at the Grandmother's house and met Male (pronounced Mah-LAY). She climbed right in to Sammy's lap and smiled shyly. Sammy asked many questions about family history and Male's health, and then offered to bring Male to the house that evening. She told the grandmother that whomever would like to come see the house and visit Male in the morning (today) was more than welcome.

The family said their goodbyes to Male and we climbed back in the car...with a new friend on board. (I'm still wrestling through a family's willingness to part--so quickly--with such a beautiful, kind, healthy, funny little girl...to let pretty much complete strangers load her in a car and drive away with her. Granted, Male is now in a home that cares for her health and development in a way that this family obviously did not...but it is still spinning me a bit.)

Male sat on my lap and the three of us laughed and made faces and sang songs (she LOVED "Baby" by Justin Bieber) all the way home. 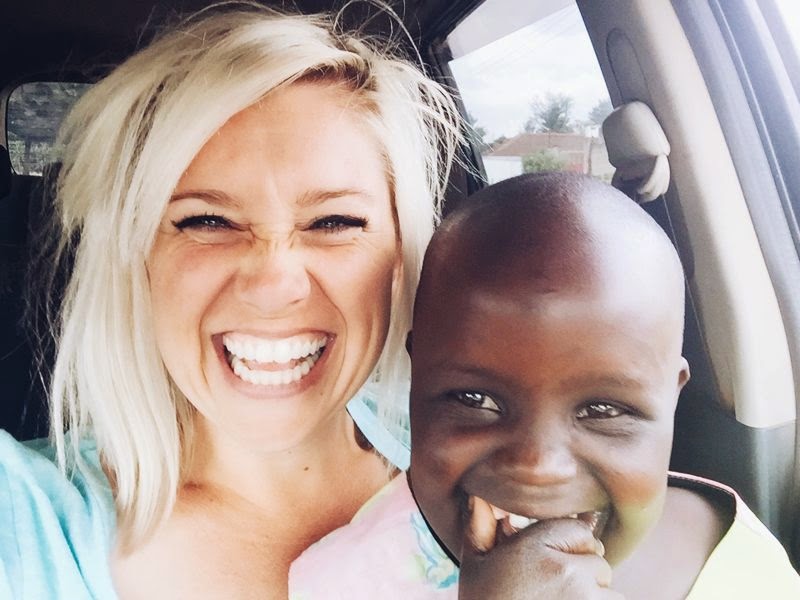 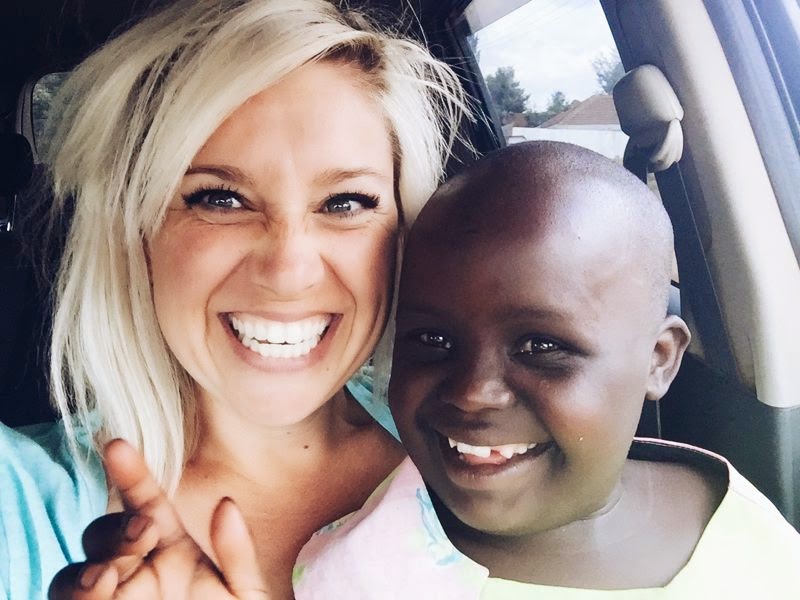 When we pulled in the gate to the center, the other kids ran to the car to say hello. Willie, in particular, was so excited to meet Male and take her around the house to meet everyone. He kept saying things like, "This little girl came to our house!"

Here she is meeting Annette. So adorable. 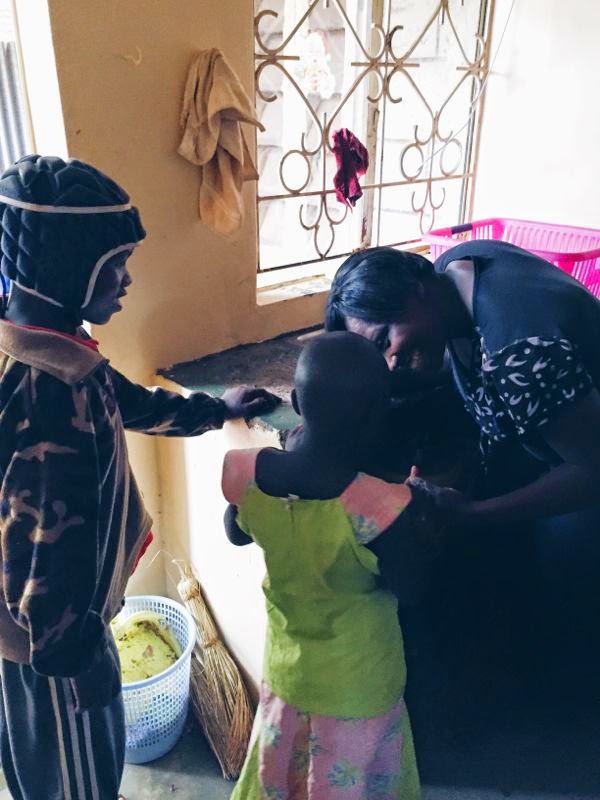 And still the day was not yet over. Trinah's dad, Peter, has been sick for many, many years. But on the weekends he is feeling well, he asks to have Trinah come and stay with him. So, they packed up some things, put her in a very fancy dress, and we drove her to her home. 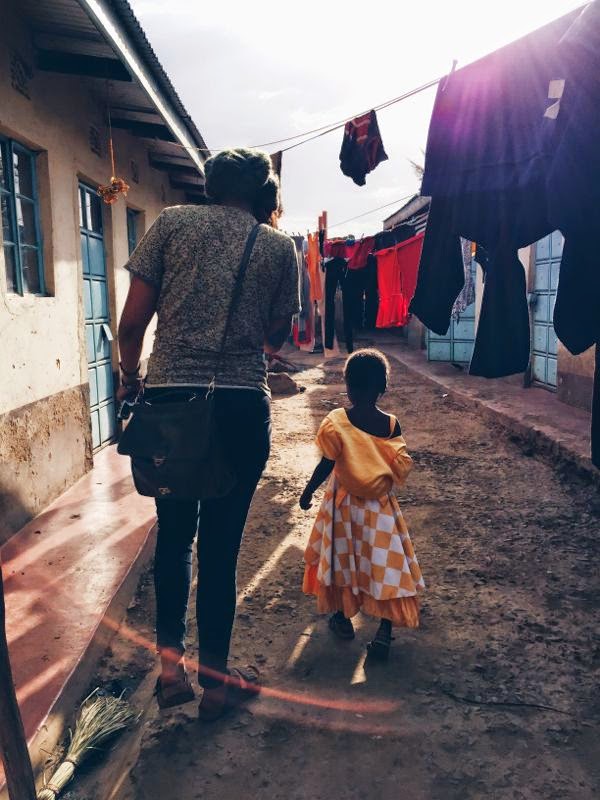 When we arrived, her dad and his friend, Knight, brought Sammy to a neighbor's house to see Baby Natasha who is 14 months old, but can't lift her own head or fully extend her limbs. (Visits like these are a frequent part of Sammy's life...nearly every day someone tells her about a child she needs to go see.)

Sammy asked a series of questions and checked various parts of the baby's body (spine, stomach, arms, legs and neck) before giving the family a small amount of money for a doctor's visit and specific instructions for a few other tests this little girl would need.

Sammy is a great mix of tender and firm. She told this family (the mother said she is 16 and lives with her mother, Natasha's grandmother) that she wanted to help them care for this baby, but also told them that when she returns next week she expects to see a receipt and test results (to be sure that the money she gave them goes to helping Natasha and to see if this family has much, if any, desire to care for Natasha as they should.) 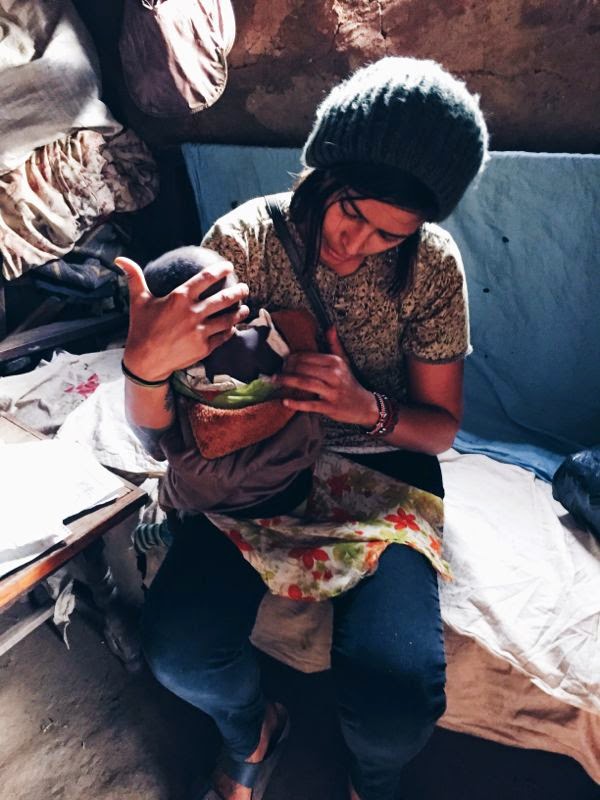 After all of these visits, we returned to the house to check on Male and have dinner. The kids that board at Greenfields Primary are home for the weekend, so it is a full house. Sammy surprised them with the Noah movie, which, shockingly, was a huge hit. They all sat silently and watched it--no small feat for a home of nearly 30 kids! Sam sat down on my lap to watch, Maureen put her head on my leg and I rubbed her back until she fell asleep. 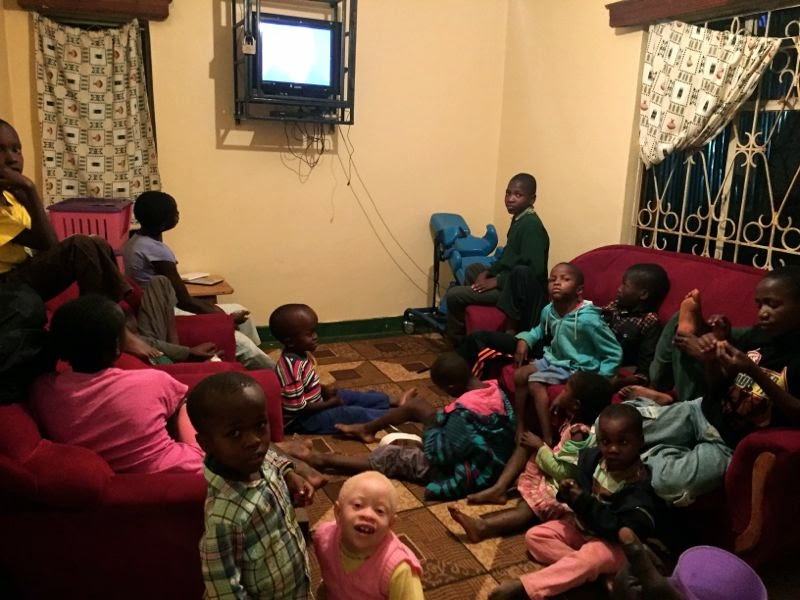 I have really, really enjoyed all of the time I've had with these sweet kids. Each day I come home exhausted and totally filthy (clothes, face, hair, arms covered in dirt, drool, food, even urine a few times) but then Sammy and I sit and talk about the hilarious things kids said or did that day and I am so grateful for each moment of laughter, snuggling, back scratching, zerberting, feeding...

It will be nice to have a warm shower and hair that is not colored a brownish-red from the dirt in the air when I'm back in California...but I will definitely be sad at the thought of all of the chaos I know I am missing at Precious Kids Center.
Posted by Allison at 11:58 AM

Wow...I am amazed at all of this. 30 kids in the house?! And they are all smiling! I love that you are there loving on all those children! What a JOY you are to them...and I know THEY are to you.