I had theee most amazing weekend in Northern Ireland. You know when you have friends that you haven't seen in a really, really long time and yet, somehow, when you see them, you fall back in to conversation and jokes as if no time has passed? And you know when you meet new people and within minutes you think, oh these people could be my great friends (and then you try to play it as cool as possible so it doesn't freak them out, how much you like them?)

Yeah, both of those were true of my weekend in Northern Ireland. I spent the weekend with my friend, Ryan, whom I hadn't seen in ten years--since we used to sing together at a church in London. And spent a great deal of time with our friend, Simon, whom I hadn't seen in nine years--since he stayed at my house (when I lived with my dad) when he'd come to California for a wedding. And, to use a phrase I learned from them back then, we got on like a house on fire...even after all of these years. It was amazing.

On Friday evening, Ryan picked me up from the airport and, after dropping my bags at his house and grabbing a pint at the pub by his house, we headed over to Simon's for a dinner party. As it turns out, the group is in a cooking competition in the style of a popular TV show, "Come Dine With Me"--though they are cooking seafood for this round, so they've renamed the nights "Come Brine With Me." (see, I told you...we could be best friends.) 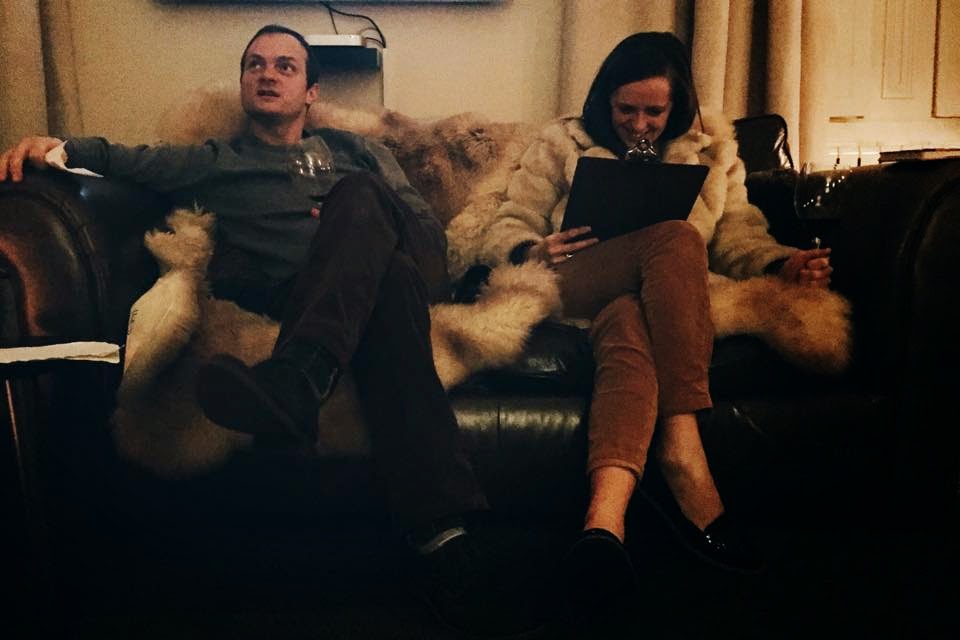 {Ivan and Gemma awaiting the first course.
How great is her coat against the fur blanket?!} 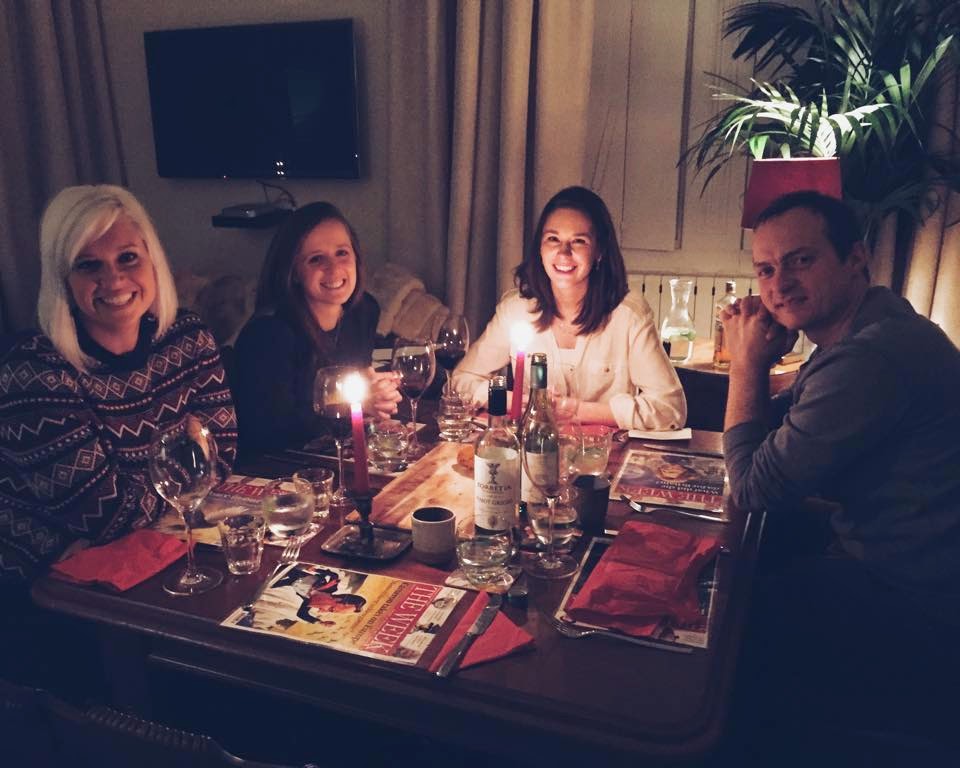 {Gemma, Gemma and Ivan. No Gemmas for the first thirty-two years of my life and, now, two in one night...it might be my new favorite name.} 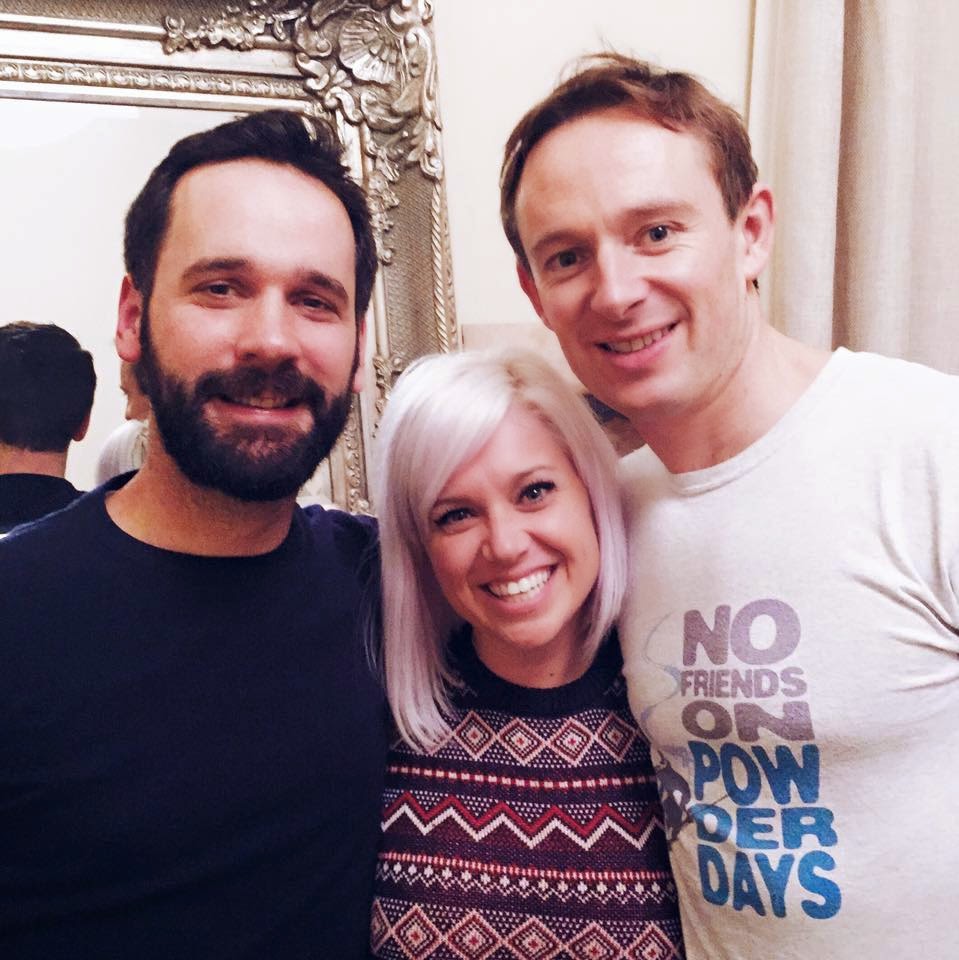 SATURDAY
On Saturday morning, after a really nice cup of coffee, we headed over to meet Ivan and Gemma (and their two kids) at St George's Market. An open-air, farmer's market in town. Ryan's mom joined us as well, which was a really fun addition to the morning. 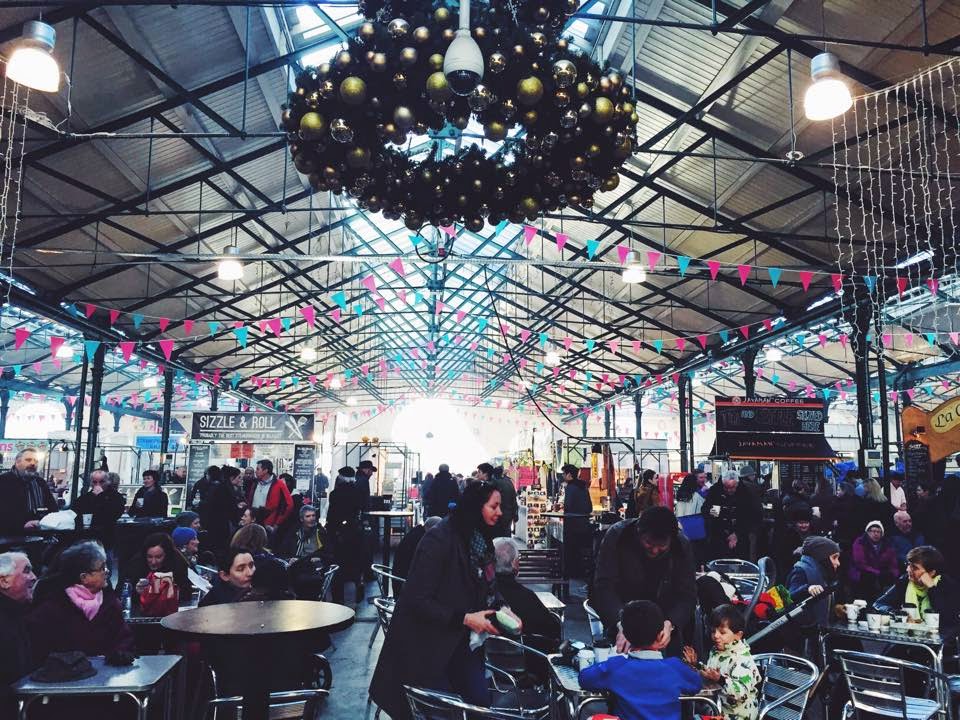 {Look at the beauty of this place!} 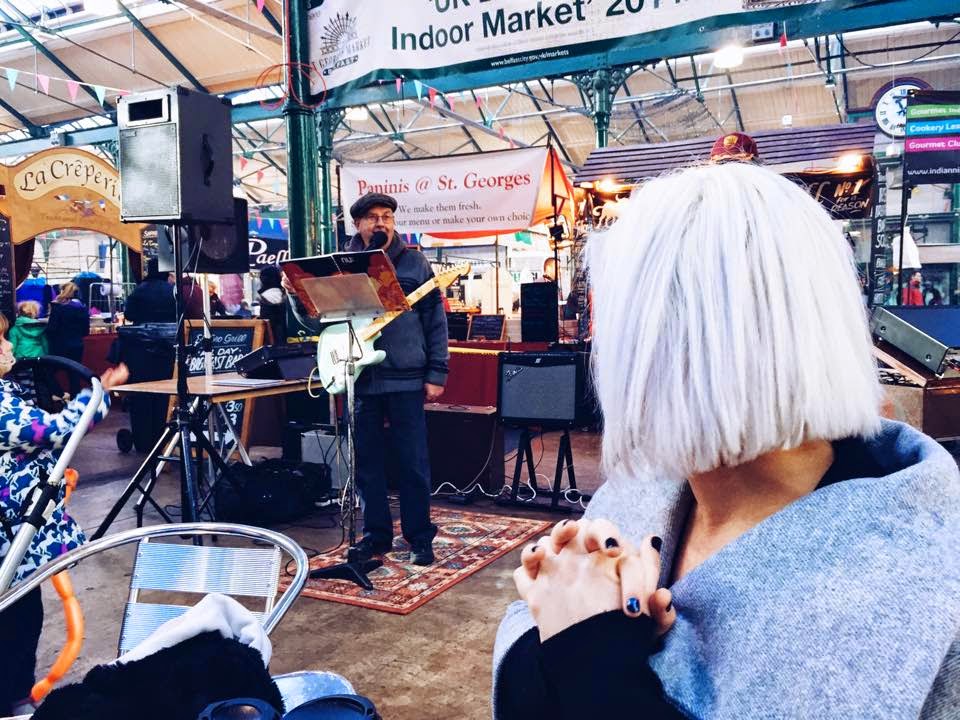 {They found a table right by these two men playing Johnny Cash and Bob Dylan songs. A true Belfast experience, I suppose.} 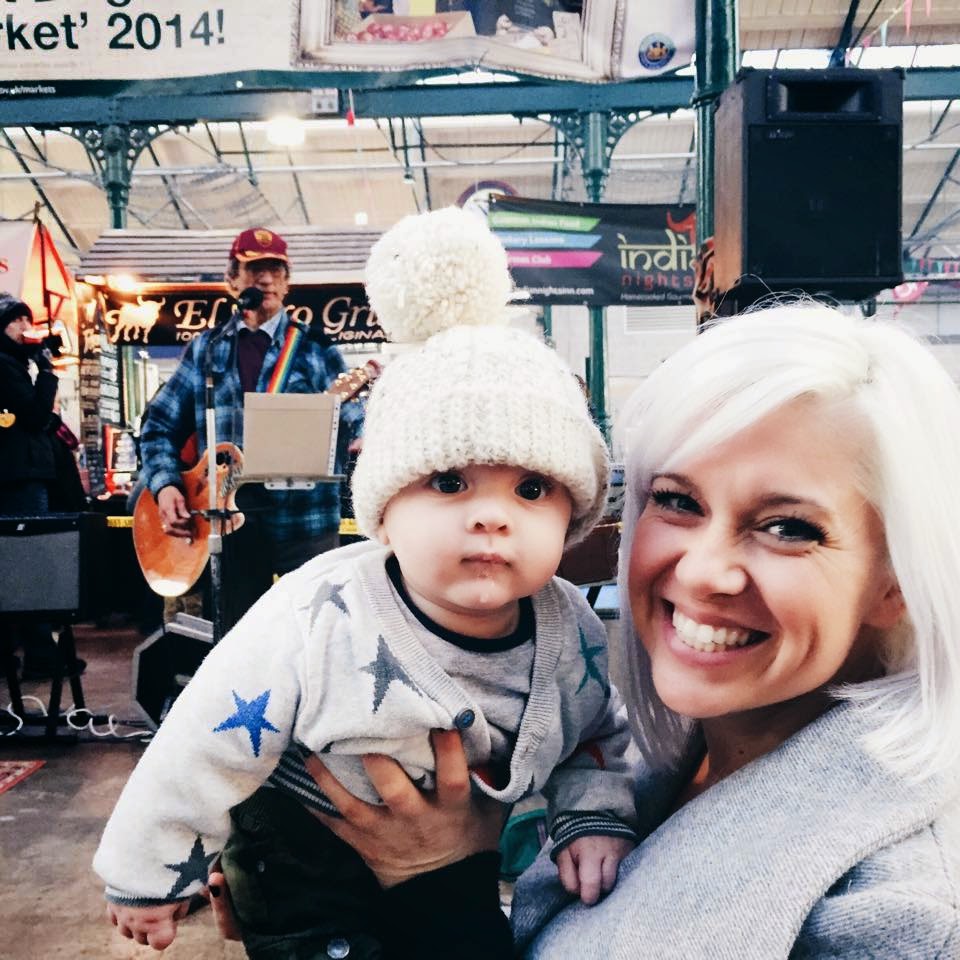 {How adorable is this little Jasper?!} 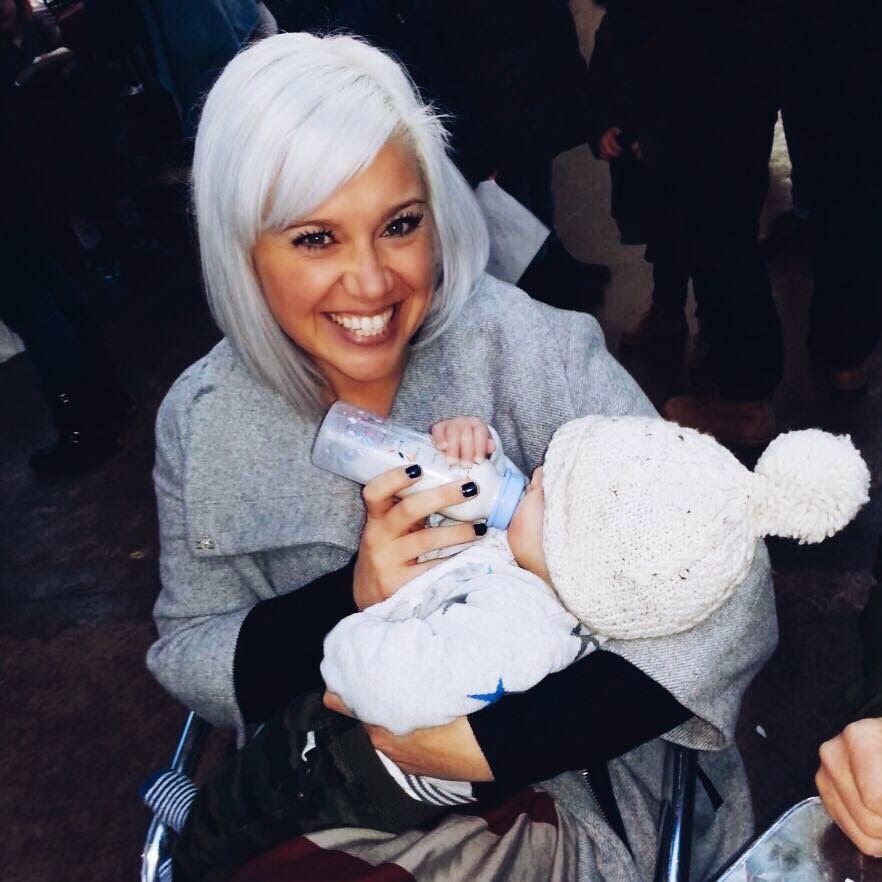 {Ivan brought a sandwich back for Gemma, but it was Jasper's lunchtime. Rather than allow her sandwich to get cold--and because, honestly, how could you resist those tiny Jasper cheeks--I offered to feed him so she could eat.} 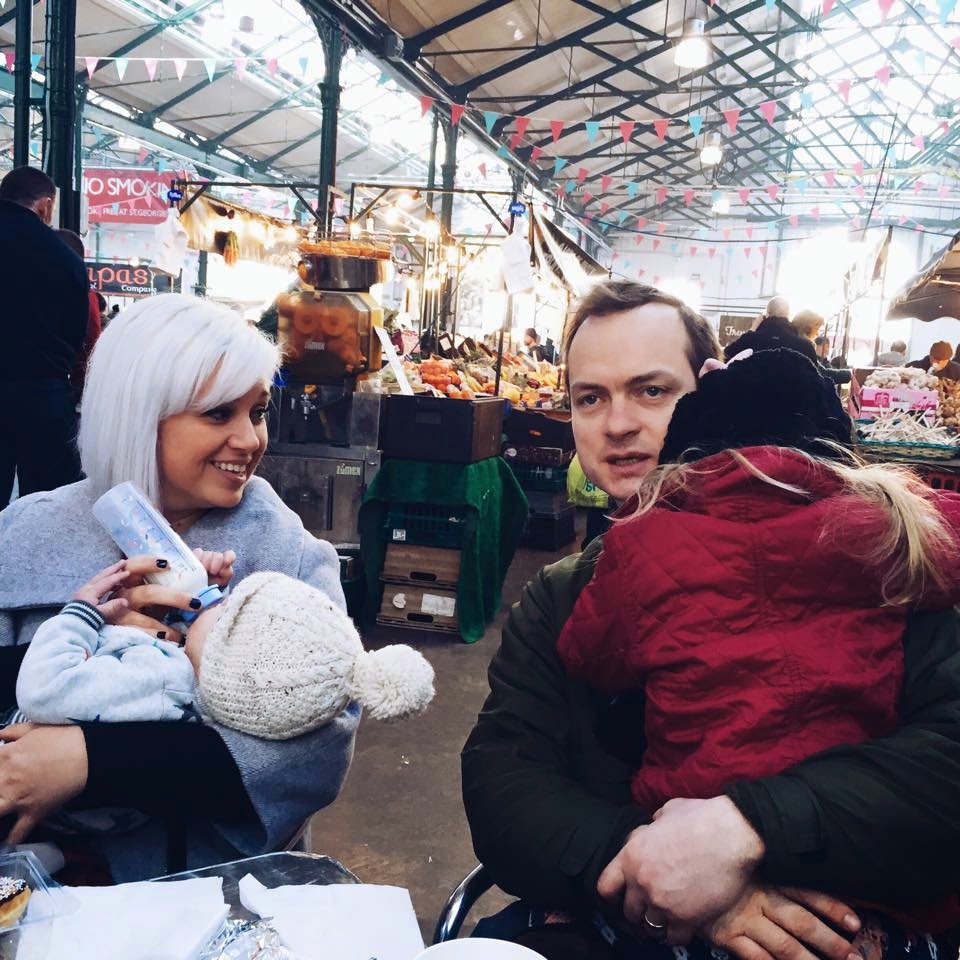 {Ivan is a pastor, so, obviously, we had plenty to talk about!}

After we left the market, Ryan graciously drove me around the city to see the sights...and, mostly, the abundance of brick buildings held about town. (I've mentioned my love for brick buildings before...so, you can imagine how over-the-moon I was on this tour!) 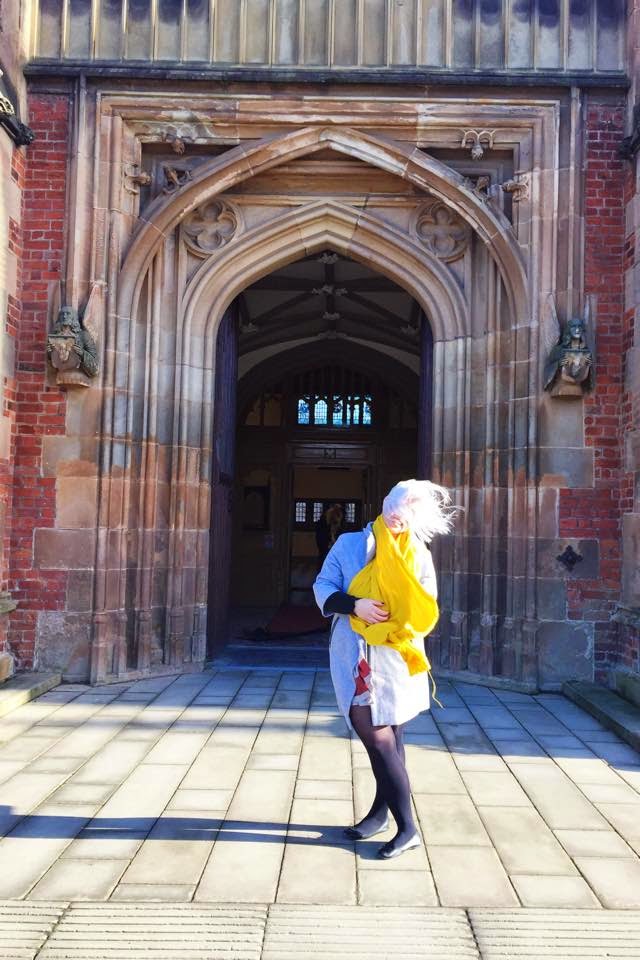 {It was super windy at Queens College} 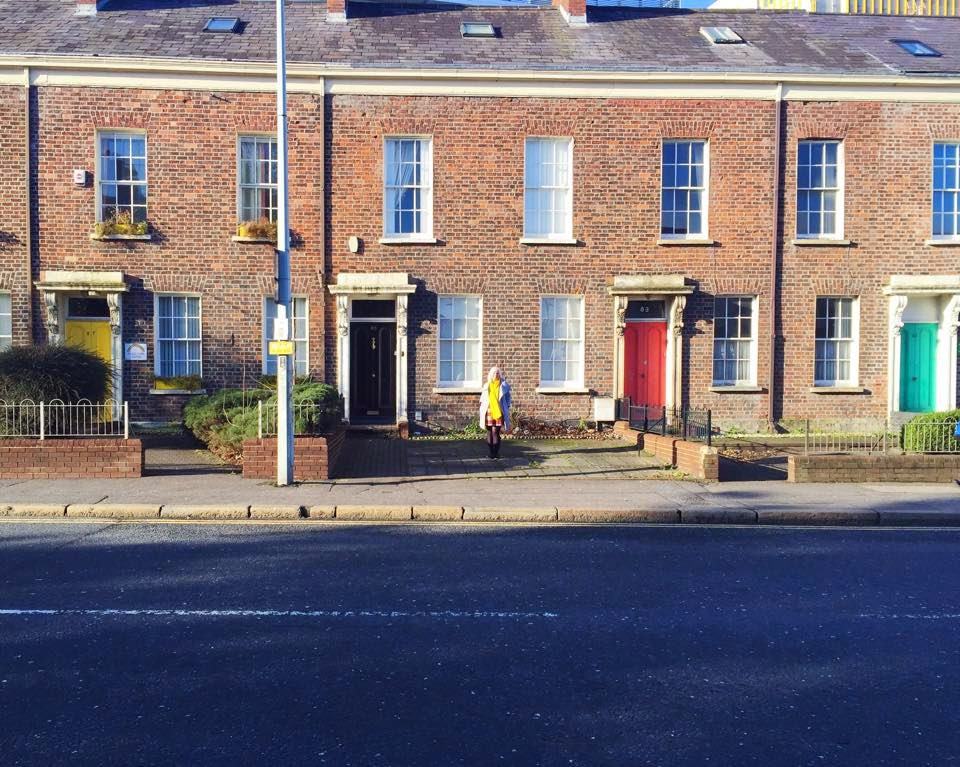 {These buildings aren't anything special,
but the bricks and the colorful doors--come on!}


We went back to the house to warm up a bit before we were supposed to meet Simon...and then Ryan offered to take me up to see the snow and get a good view of the city! I, of course, grabbed my Hunter boots (my ridiculously rad goodbye gift from Mariners Irvine!) 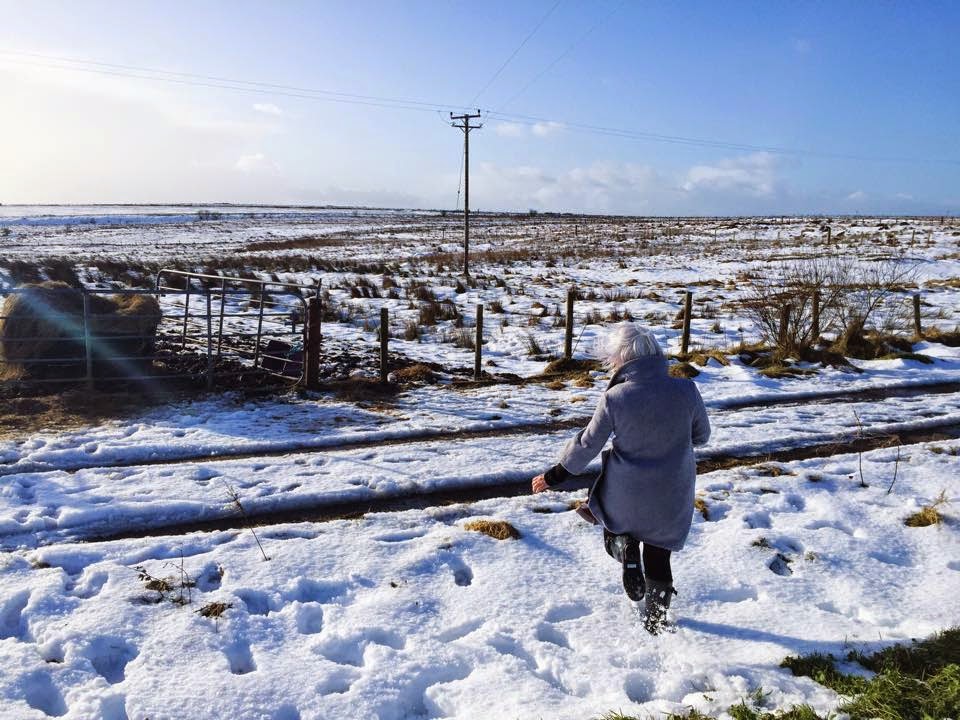 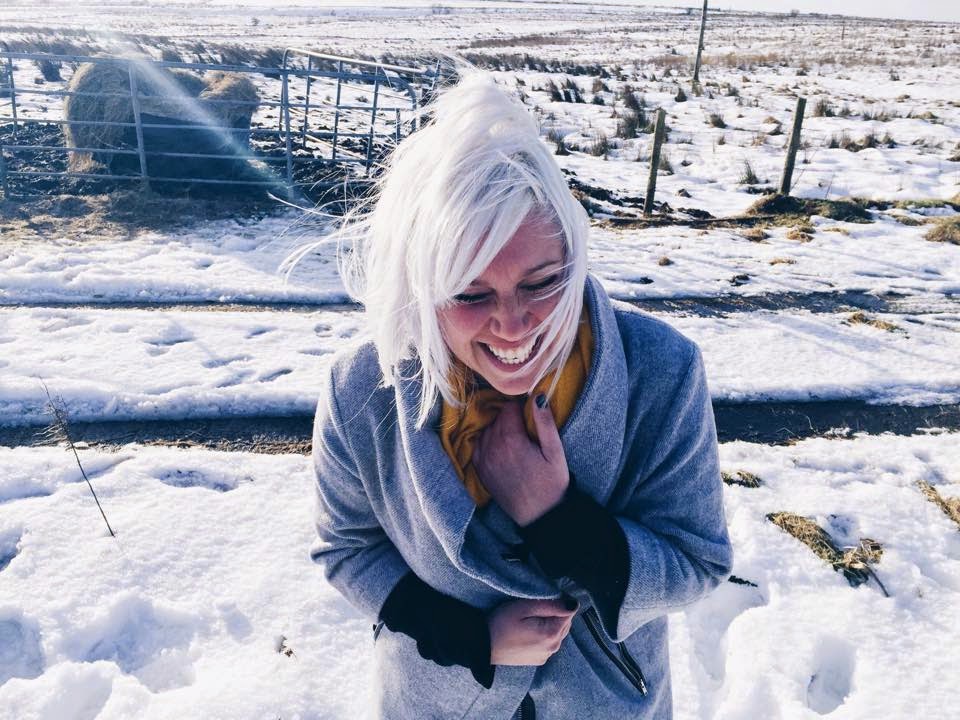 {It was so windy and so cold...and so lovely} 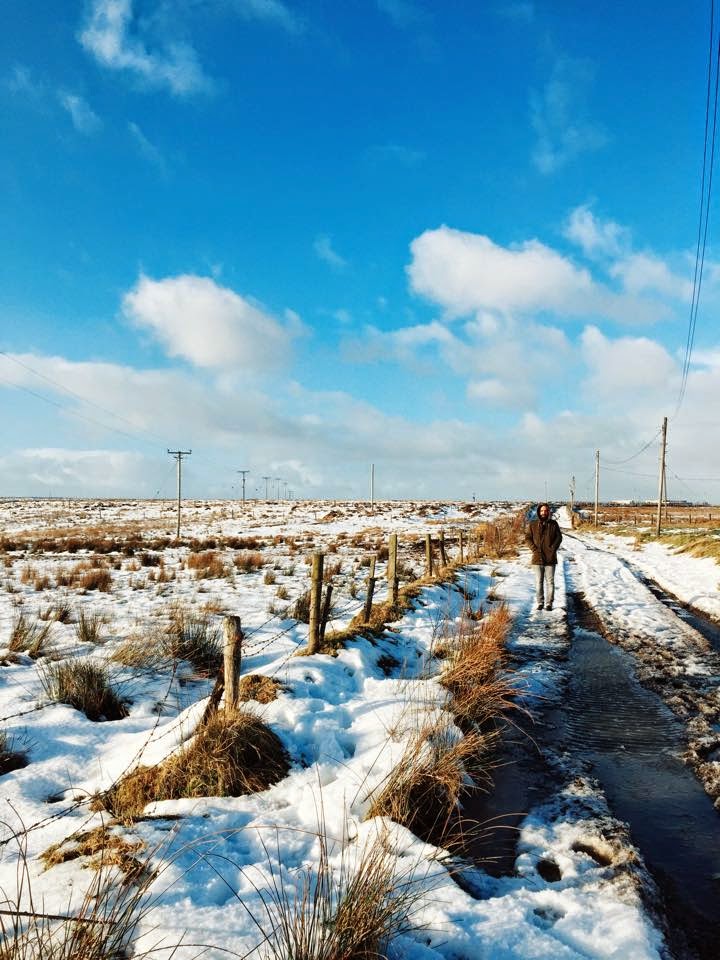 {Though he'd reminded me to change my shoes, Ryan had wingtip shoes on. So, he waited at this spot while I waded through that little puddle and ran up the hill} 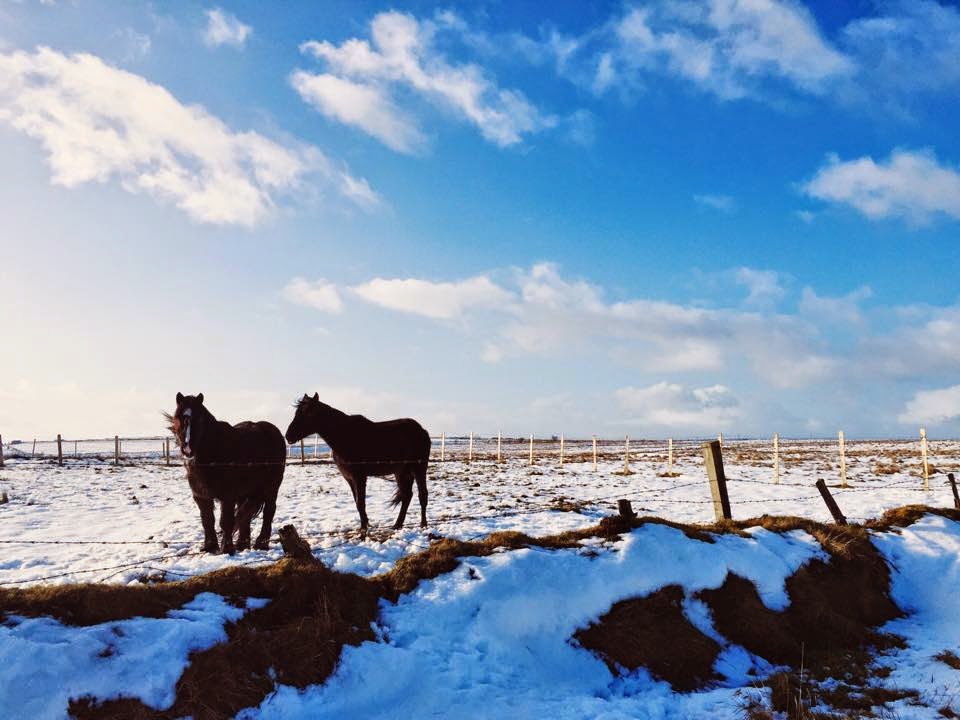 {Where there were horses! So beautiful!}

We hopped back in the car and cranked the heat as we drove over to a pub in the city that was showing the "football match." We sat for several hours as we jumped from subject to subject in-between shouts and cheers from the crowd of Liverpool fans. 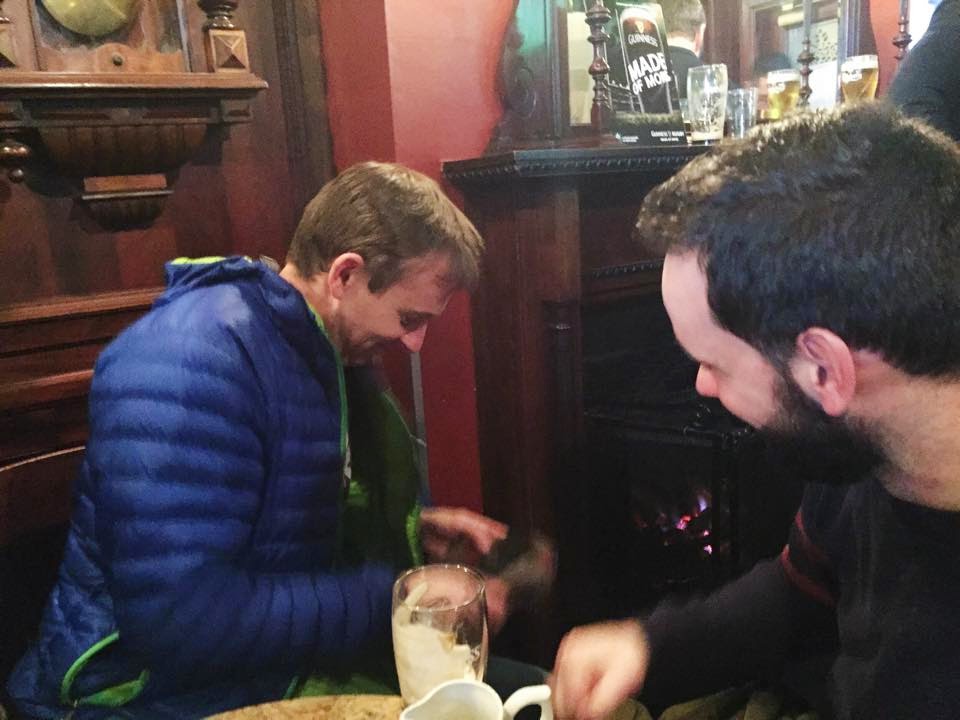 {These two jab at each other like brothers...it's hilarious} 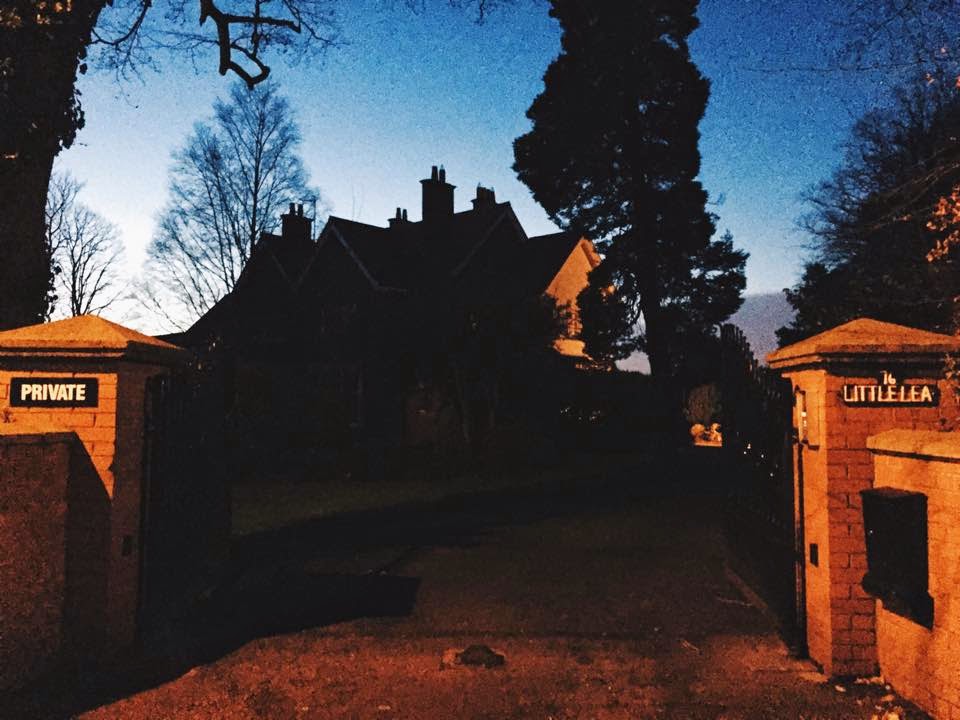 {On the way to dropping Simon, we made a quick detour to the home where CS Lewis grew up and wrote a few of his stories!} 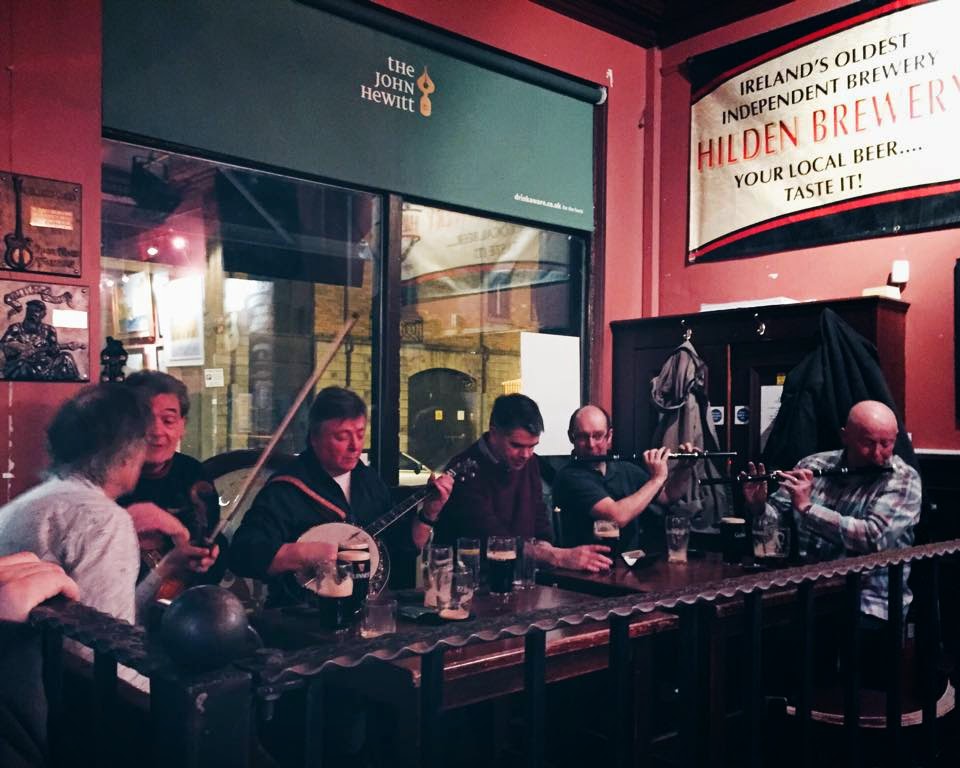 {Stopped for a drink--when in Ireland? I couldn't hang, I had a club soda this round--before dinner and found this band playing much more Irish music than the two men in the market}

I don't have any photos of dinner, since it was a place that was a little too nice to take photos of my food. But you can take a look at it, here. (It was also featured in the NY Times!) 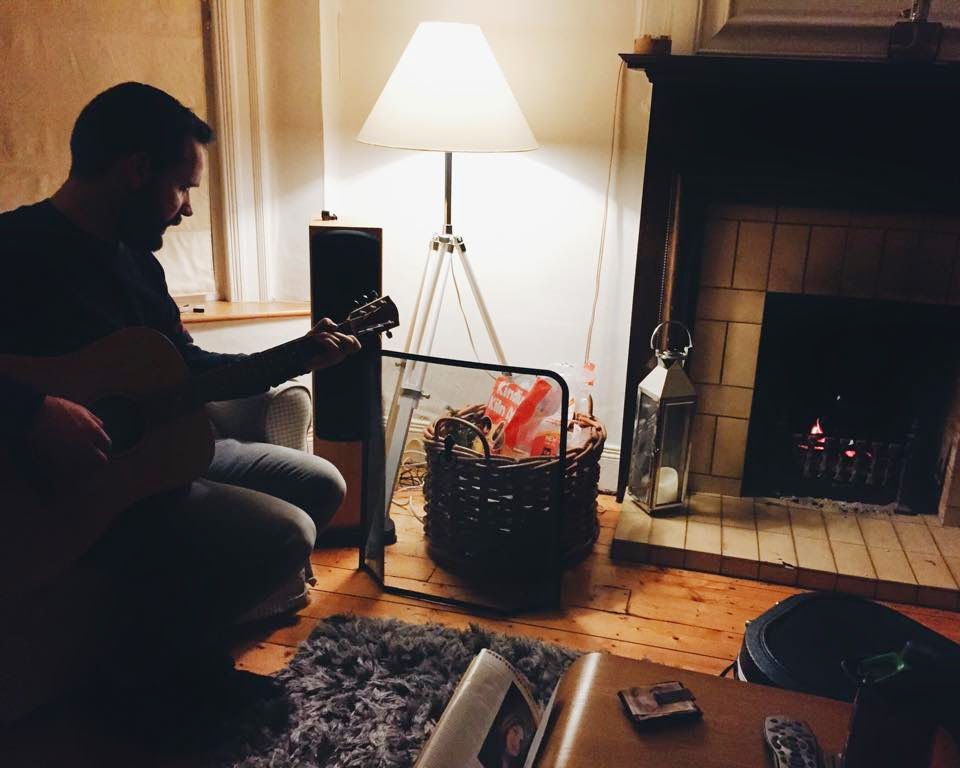 SUNDAY
Since I arrived on Friday and we'd started telling the story of how Ryan, Simon and I had worked (and sang) at a church together, they'd been joking about how I'd sing on Sunday at the church. Little did they know, I had been hoping they'd ask! Participating in a church service on the other side of the world--with old friends--how could I pass up that chance?! 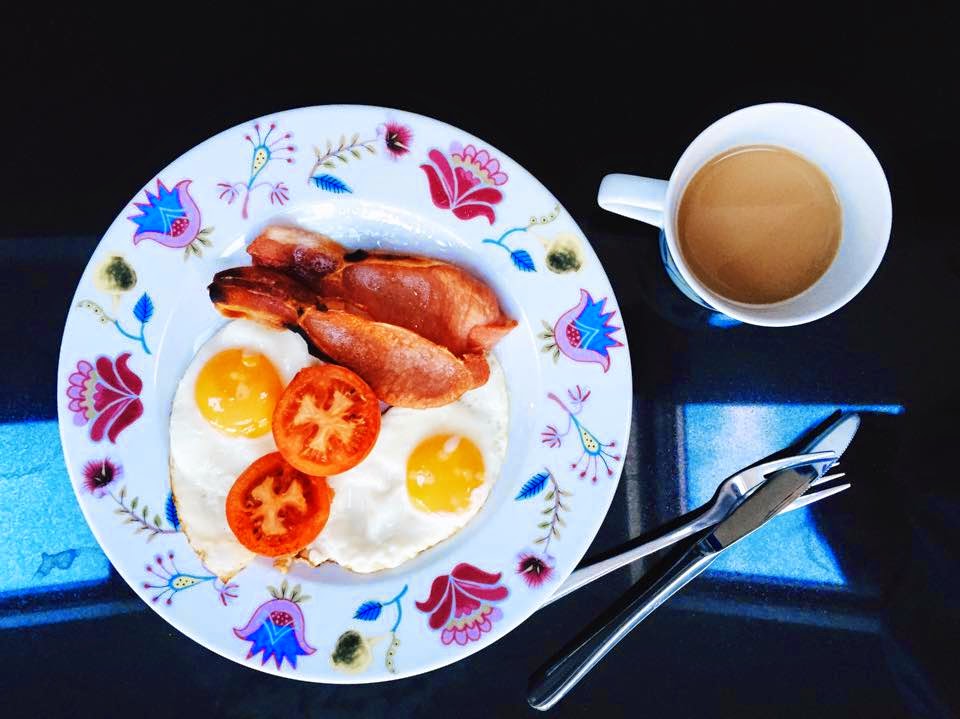 {A quick, but delicious, breakfast before church} 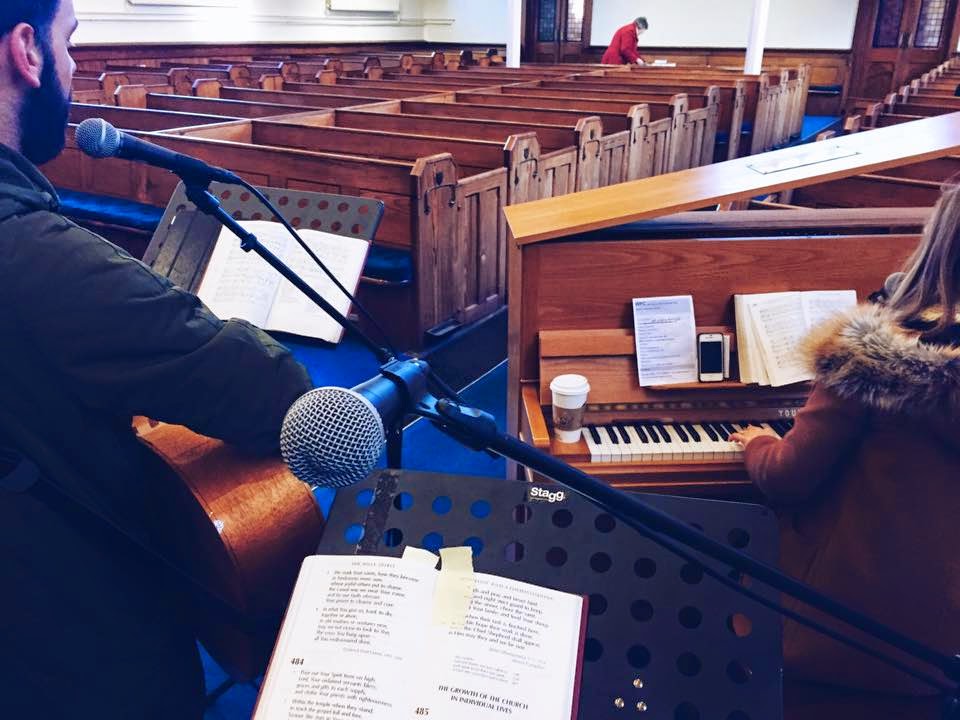 {Rehearsing with the talented pianist}

The service was great. The congregation reminds me quite a bit of Mariners Ocean Hills, which was so sweet and made me feel even more at home. 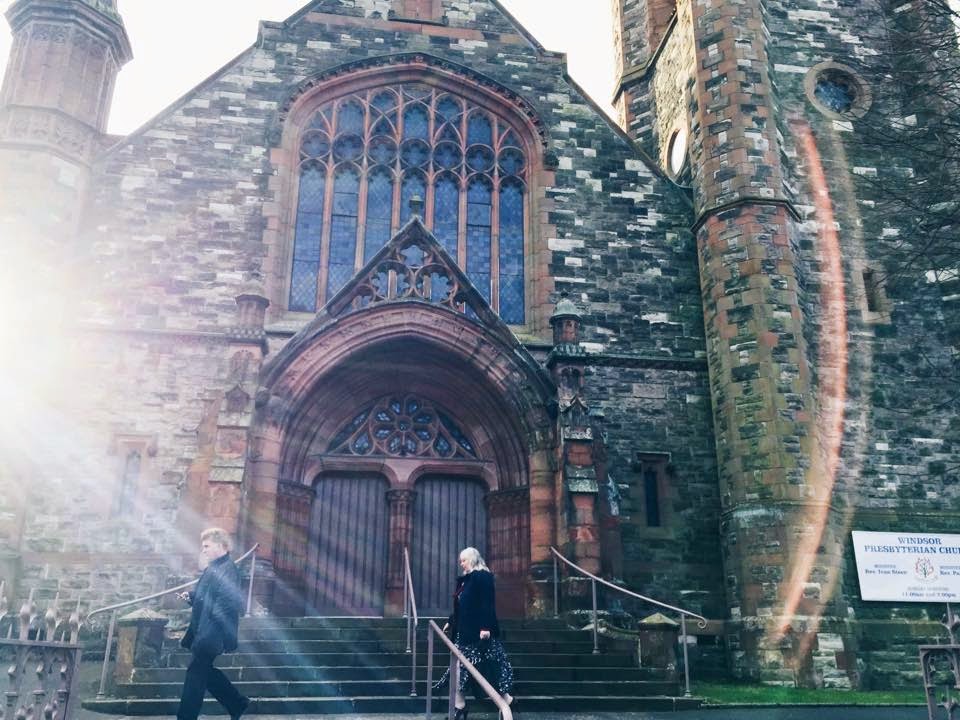 {Such a gorgeous church!} 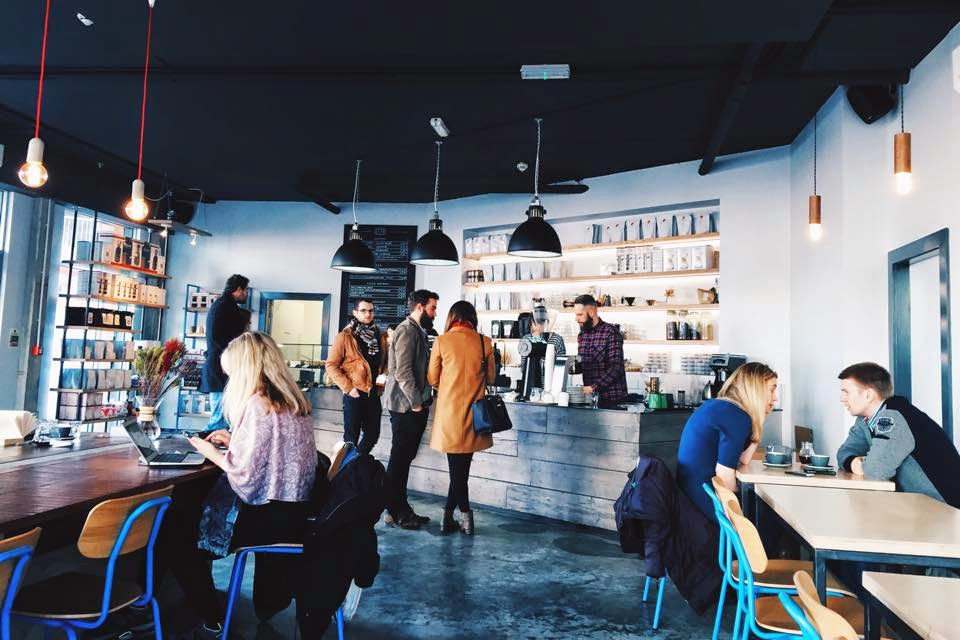 {After church, we grabbed my bags and met Simon, Gemma and a few others for a quick lunch at the coolest coffee shop...it's like the Portola Coffee Lab of Belfast. Check the beard and flannel on the barista!}

Straight from lunch, I was dropped at the airport to await my flight back to London...for one more night before my flight to Kenya. As I sat in the Belfast City airport, I couldn't help but reflect on what a weekend it had been. So much laughter and even a few choked-back tears. I had expected it to be great fun, on my way to Kenya, where I would hear from God. Little did I know, God would speak--loudly and a lot--in my brief time in Ireland. I left with a lot to process and a deep excitement to return to Belfast sometime soon.

Oops...almost missing my flight to Nairobi. More soon!
Posted by Allison at 1:56 AM