First off, this is the bird that Matt killed this afternoon 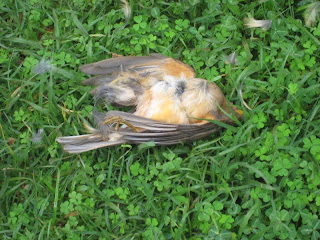 It was one of the best and most ridiculous things I have ever seen. The bird has been driving everyone crazy with its incessant chirping...so Brittany offered Matt 5,000 Kenyan shillings (about $60) to catch (not kill) the bird. We're sitting on the patio (about 10 feet from the bird) and Matt reaches back, grabs a KSwiss shoe and chucks it at the bird. And hits it. It was, easily, one of the saddest and most incredible moments...we were all shocked at his aim and saddened by the seizing of the bird.

That was just the beginning of this evening.

About an hour later, I picked up my dinner dates.
There are 8 boys that live at the Oasis of Hope Centre.

The boys received brand new outfits this afternoon (shirts, trousers, underpants, belts, socks, and shoes) and were all washed-up and decked-out for dinner tonight. (With a few complaints about the underpants being too small!) 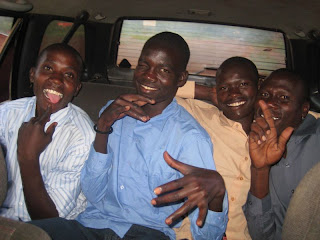 We headed over to the Alakara Hotel where there was a table for 10 waiting for us! (Manu joined us too.) There were a few stares from the other patrons as a group of teenage boys walked in with a white girl, but we ate 10 giant servings of "chips kuku" (chicken and fries) and took a ton of pictures...proving that we deserved to be there just as much as they did. 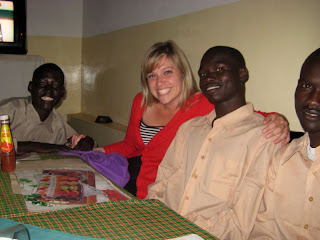 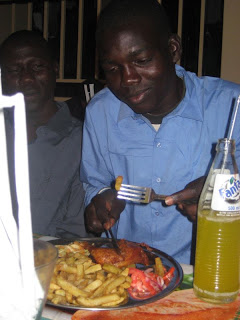 Ero and Sammy checking out the menu 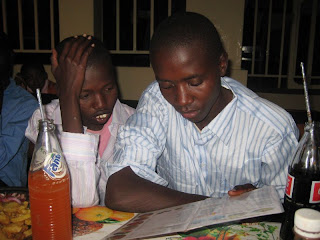 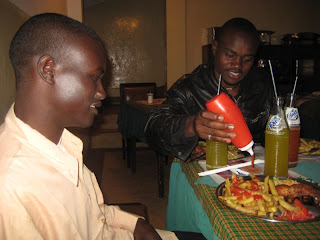 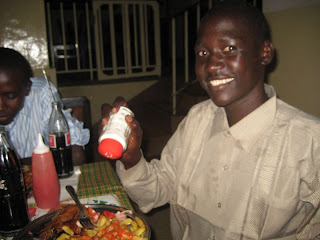 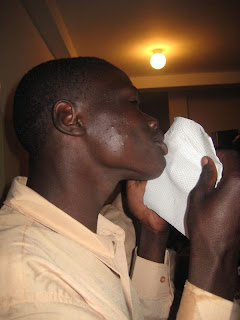 In about 10 minutes, each boy had only bones remaining 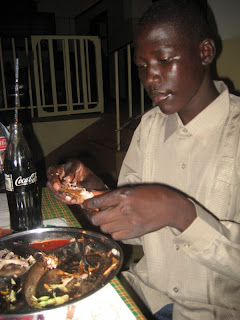 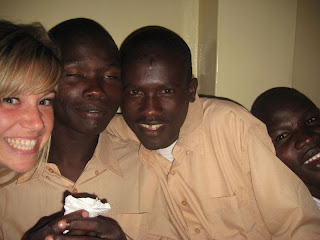 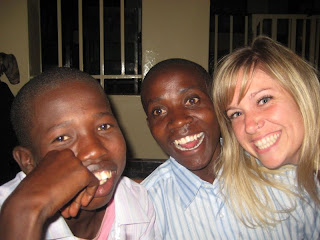 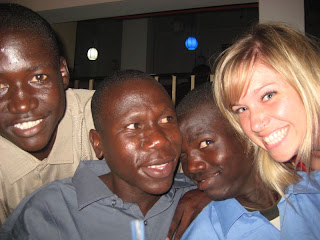 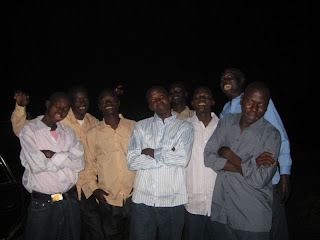 These are my favorite pictures from the night: 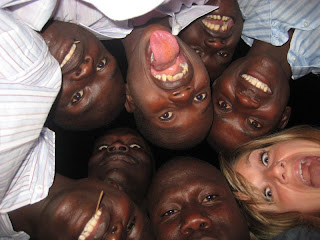 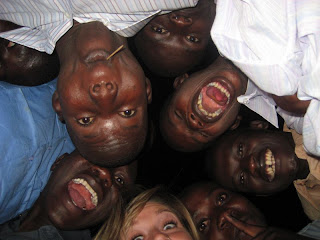 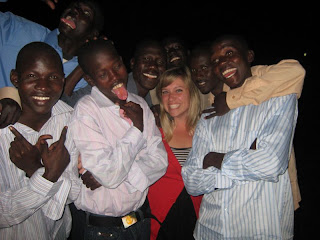 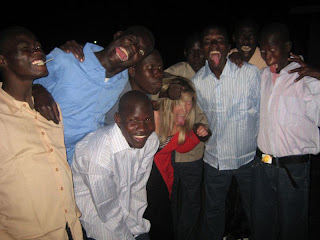 It's taken me about an hour to finish this post because I've been laughing with all of the people in the living room. What a fun team...
Posted by Allison at 9:52 AM

I'll never stop believing you are an amazing woman...
God blesses you in so many ways...
but we could have done without the dead bird photo...bad things sometimes happen to good birds...

Tell Matt I have a cricket somewhere in my hallway and I'll give him $50 (about 4,500 Kenyan shillings) to throw a shoe at it! LOVE your dinner date! I am sure you looked like the luckiest girl on Earth--having dinner with NINE men!
Love all the photos...and you!