Farm Living Is The Life For Me

We spent the first part of the day on a great tour of the hospital...Elvis, from Oasis, is there under-going treatment for malaria. It was a fun surprise to see him. {Plus we got to see Boaz, of course...}

Then visited the school, which began as a "simple" feeding program for the kids in the surrounding community and has progressed to become a pre-school for over 100 kids. 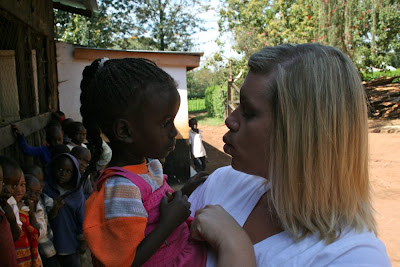 But the best part of my day was a Kitale "first" for me. We went on the full tour of the grounds with Richard. He and Freda have a 26-acre farm filled with beans, maize, pineapples, bananas, mangoes, guavas, melons, avocados, tomatoes, coffee, Napier grass and 2 acres that are being "given back to nature".

Oh, and Richard made the entire journey with this hat on...it has a red feather stuck in it.
{I asked if he called it macaroni. He didn't get it.} 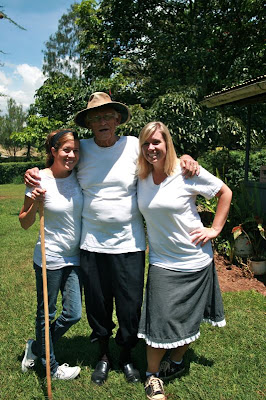 Did you know that this is how bananas grow? They begin as one big flower and as the petals peel back, each becomes a banana...that's incredible! 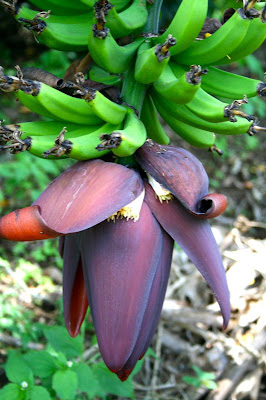 These men are sawing down a forest of trees...one by one. They really should call Paul Bunyan. 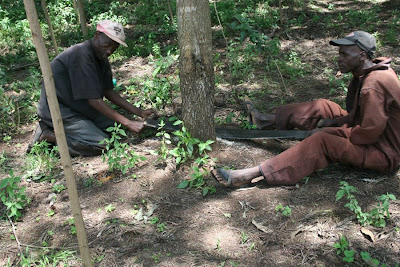 This cow was given to Freda almost two years ago as payment for a hospital bill. It is almost ready to give birth and will continue to bless the farm beyond what was owed. 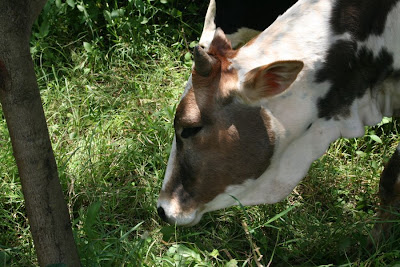 Here we are about half-way through the tour. Though I failed Economic Botany twice, I loved hearing about each of the plants, what they are used for, how they contribute to the farm as a whole {this tree puts nitrogen back in the soil, this one provides a lot of shade which keeps the water in the soil} So interesting... 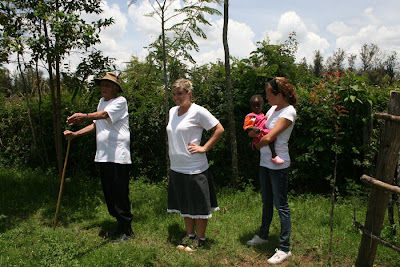 They are in-process of building a Nursing School on-site...and by building, I mean from scratch. This is a giant kiln they have made in order to fire each of the bricks they have made, from the dirt that they kneaded by hand {evidently, un-kneaded dirt makes poor bricks}. Honestly, I can't count the number of times I said, "I would never have learned this in America" {Including the time that I had to guess what a plant was and I guessed figs and it was cotton...yeah, I'm a botanical wizard.} 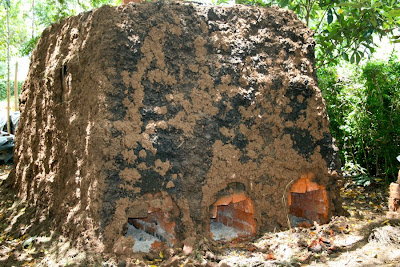 I was telling Richard that his farm would make for $1 million weddings...it is so, so beautiful. Can't you just imagine someone using this as an aisle? He said he'd gladly rent it out if people wanted to fly to Kitale... 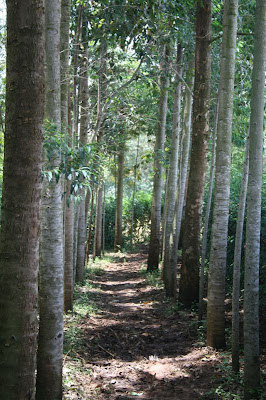 My favorite part of spending the day at the hospital is watching Freda and Richard interact. They have been married for over a dozen years and are still so funny with each other. It is so evident that they love and care for each other...and also quite clear that they tease, mock and pick fights with one another.

It's pieces like this that make me love being in Kitale with a small group of people. I think the reality of lives and personalities are the small beauties that are missed when you can stand in the back of a crowd.
Posted by Allison at 10:41 AM

You are funny! And amazing. SO BRAVE. I just love reading and learning right along side you all the stuff God is teaching you.