Last night, post-English lesson, we had a small "waiting for my taxi" dance party...that began with "Disturbia", included "One Step At A Time" and lasted for more than an hour. 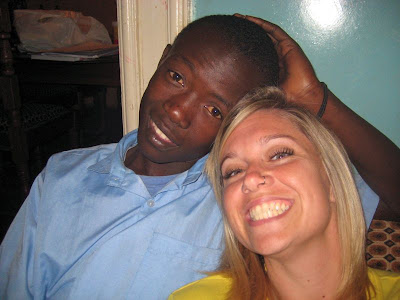 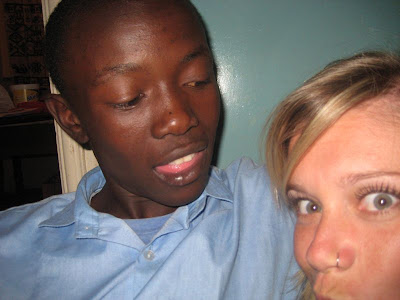 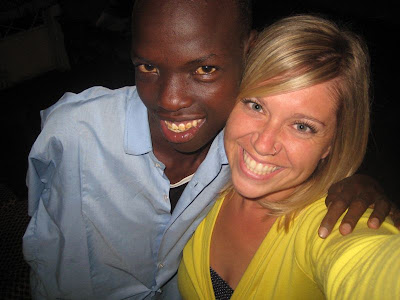 Martin and Joseph took turns dancing and making the chapati 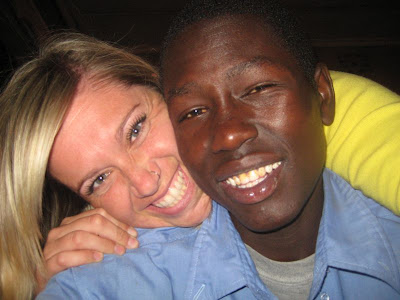 Moses was doing the most ridiculous dances 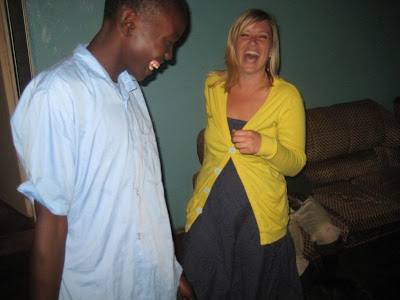 At some point, the boys found this old magnetic diamond earring and took turns trying it on
Joseph first 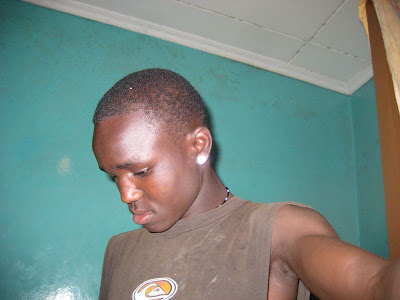 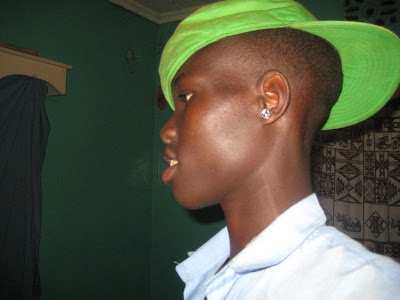 We also laughed super hard last night when I mentioned something about a T-Rex and they had no clue what I was talking about. I said, "Tyrannosaurus Rex?" {silence.} So I tried again, "A Dinosaur?"

Their response: "OH! A diNOsuh!"

I could not stop giggling at the way they pronounced it. Finally, I spelled the word and they were baffled. I had to repeat my pronunciation about fifteen times...and name about ten dinosaurs. They said they have never learned about them, and asked if they still "roam the Earth".
I said yes.
Posted by Allison at 9:55 AM