There was a gecko in the house on Sunday.
I named him Luke.

Luke was too quick for us though...we had to crawl around and chase him. I had to try to scare him out from under the couch with an arrow...

Finally, he hid in a place where we couldn't find him. Boo...
So, James came in on Monday morning and caught him between my two sandals and brought him outside...dumb James, so much better than us. 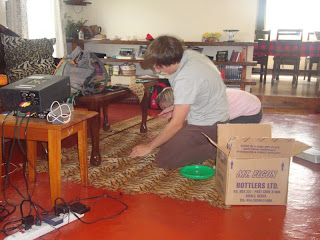 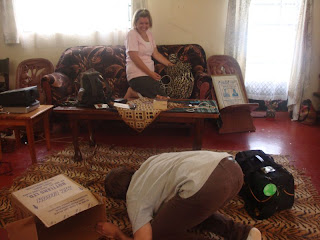