{I'm a few days behind with posts because of dinner parties and at-home manicure/pedicures...I would apologize, but it's been really fun, so I'm glad for the way we've spent our evenings!}

On Wednesday, the team that's in town was holding a vision clinic at Sister Freda's, which is close enough to Sammy's kids house to load-up the van with those who needed eye exams and head over there. But first, the hilarity of running errands in Kitale.

The team brought two giant suitcases that Sammy's mom (and others) had filled with gift, clothes, and necessities both for Sammy and for the kids. Sammy and her team dug through one of them on Wednesday morning and Willie found this hat. He absolutely loved it and wore it around all day (mostly over the rugby helmet he wears all day anyway.) The combination of the hat and his buffalo plaid shirt...I took about twenty photos of him throughout the day. 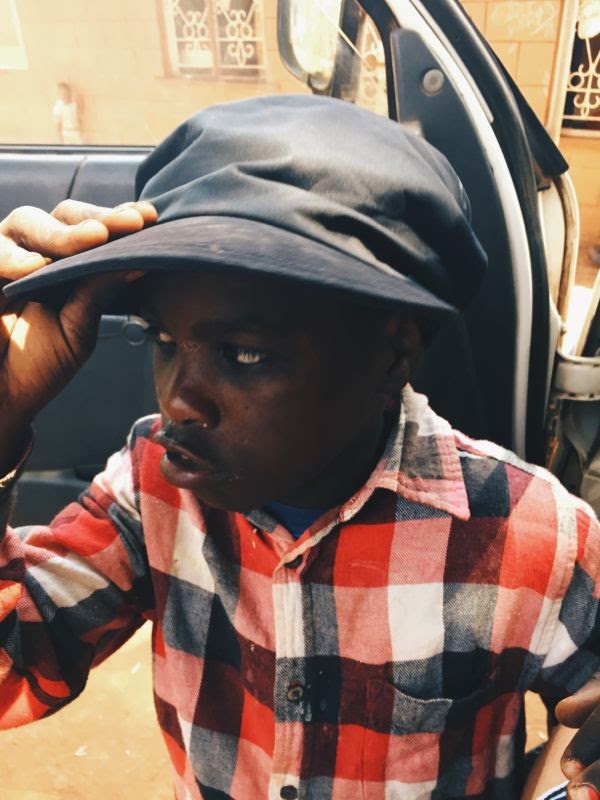 We went to the grocery store and had a quick lunch in town before it was time to pick-up the kids and head to the clinic. One of the boys is a 'day scholar' (meaning he goes to school all day, but goes home at night--as opposed to 'boarder' who sleeps at school as well) at Greenfields, so we stopped to pick him up. As soon as the van pulled in, several of the kids that board at the school, but sleep at Sammy's during school breaks, ran over to say hello. 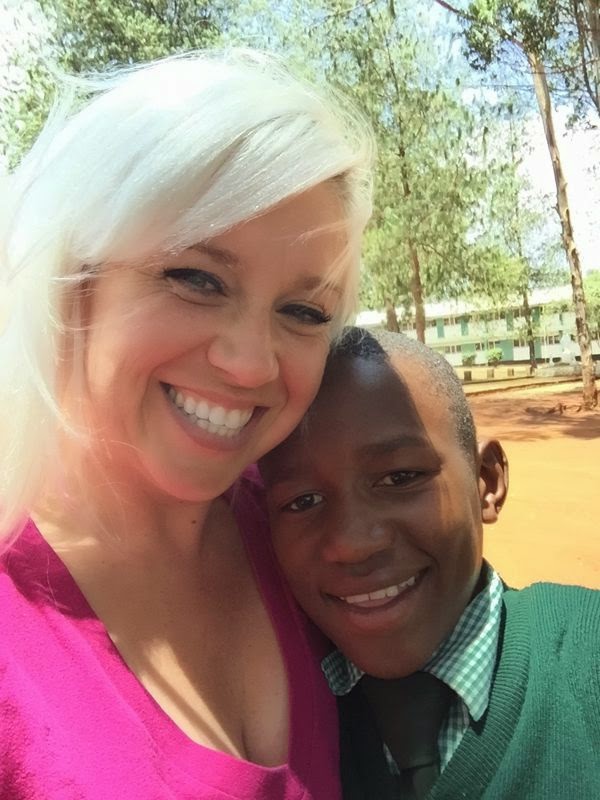 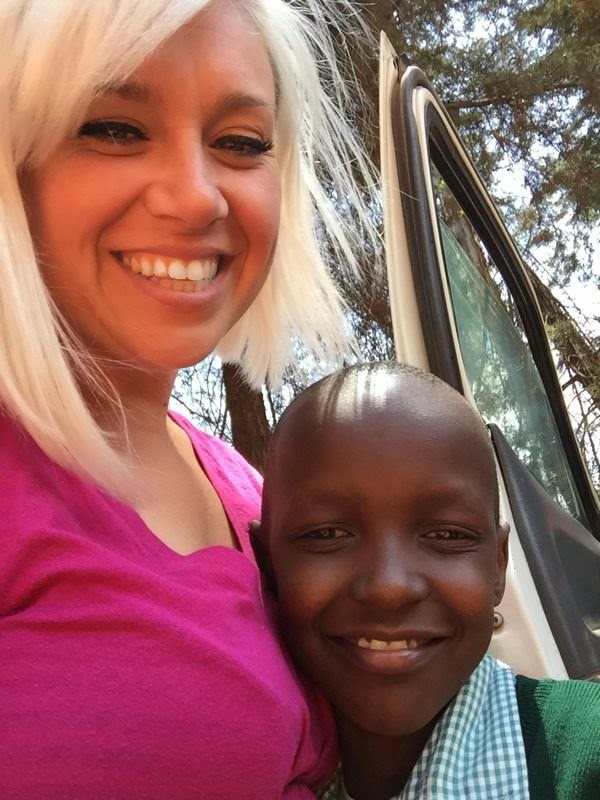 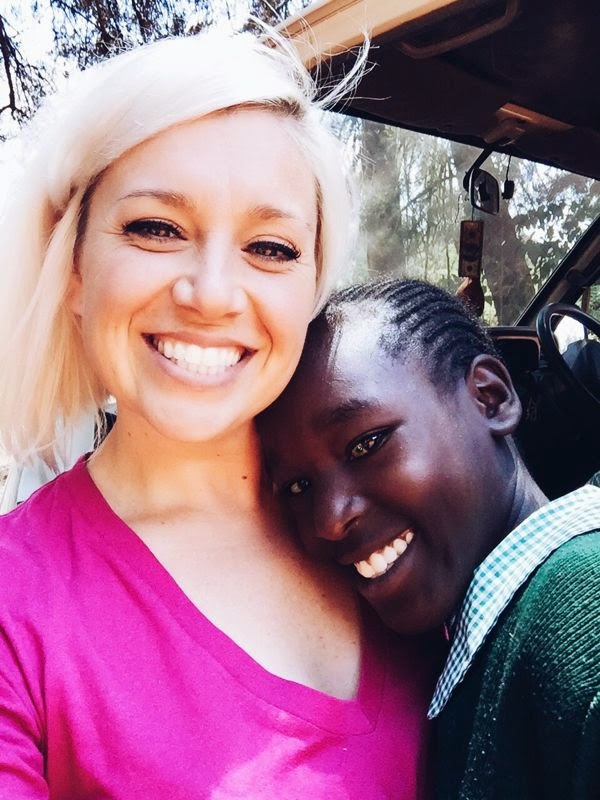 We headed back to the kids house and picked up four more kids and one of the house moms. (Not before making sure each child looked presentable...you can imagine how dirty a first grader gets after two meals and a recess in a dirt-only school yard.) 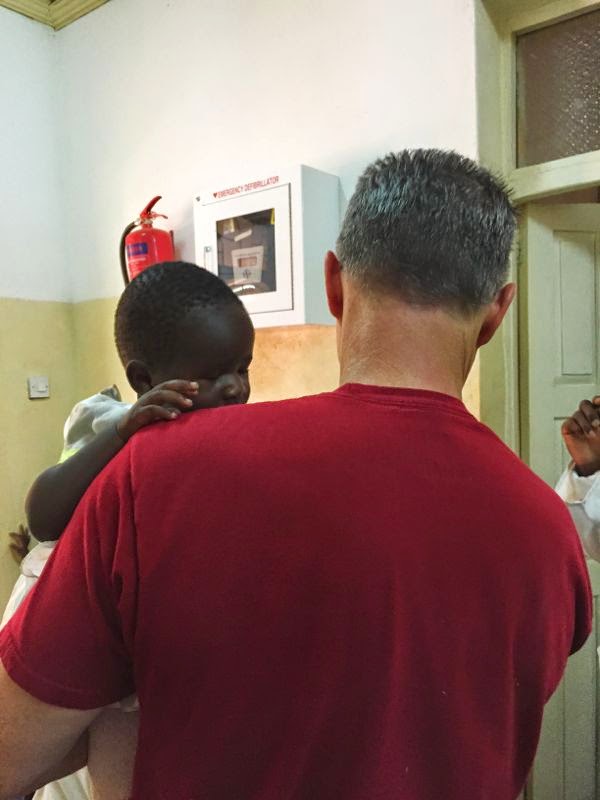 {Dr. Rob explained to a mother that her baby, though beautiful and so happy, would never be able to see.} 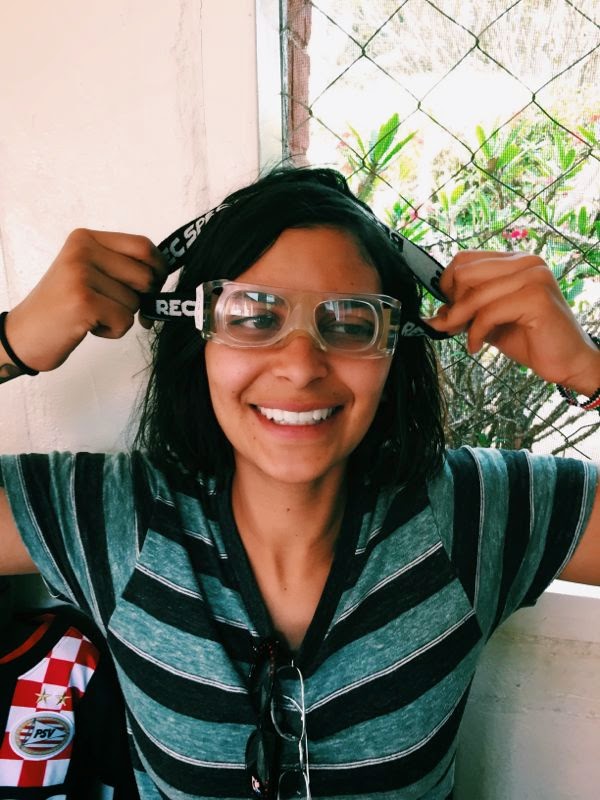 {Sammy...always willing to make a fool of herself for entertainment} 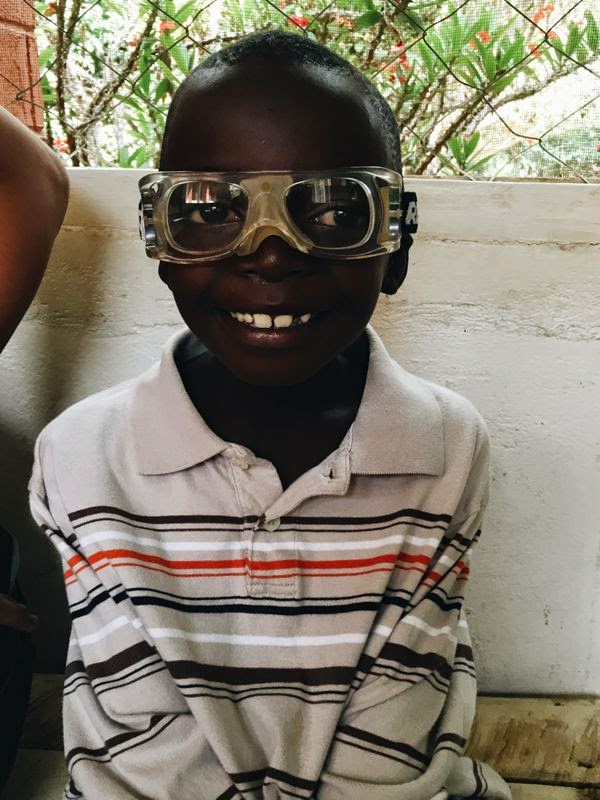 {Newton laughed so hard when he saw this picture of himself}

The kids went in to see the doctor in pairs--girls first, and then the boys. When the kids came back out--proud as can be (though a little bit shy about all the fuss)--in their new glasses, we did a quick photo shoot. 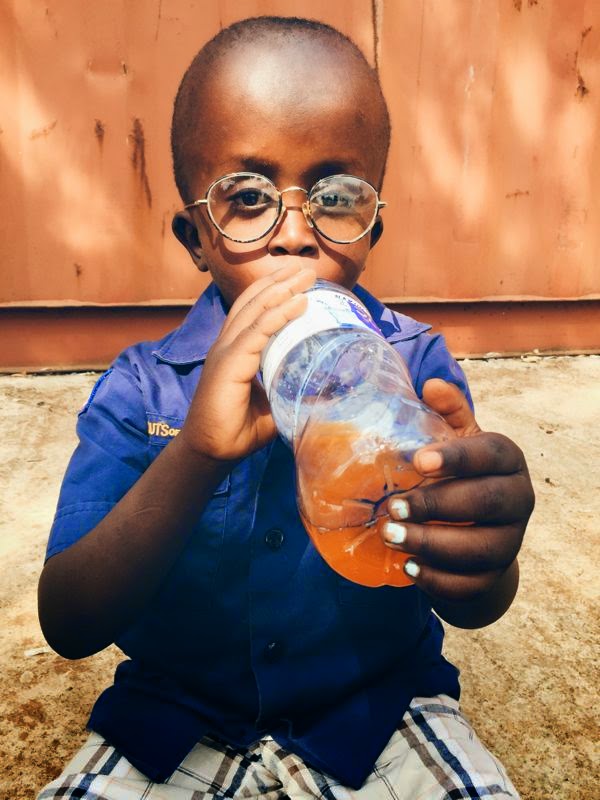 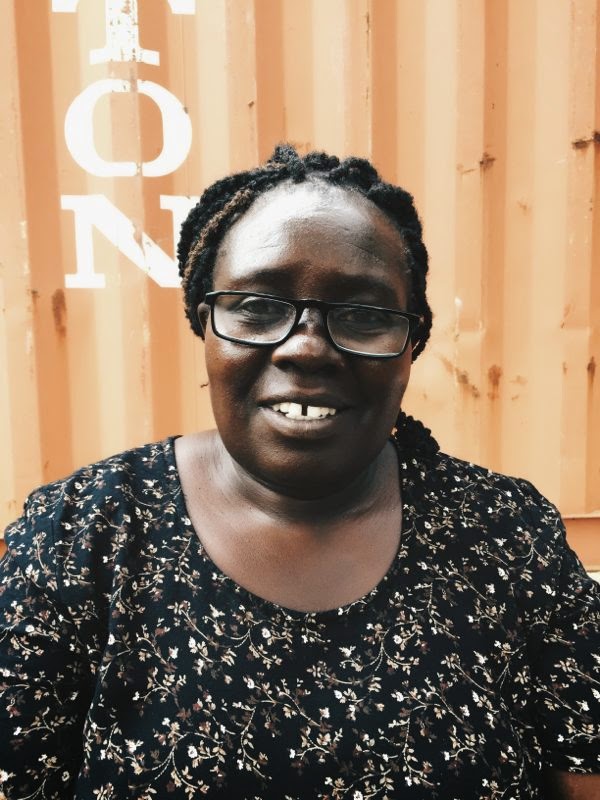 {Mary, one of the house moms, got some new reading glasses} 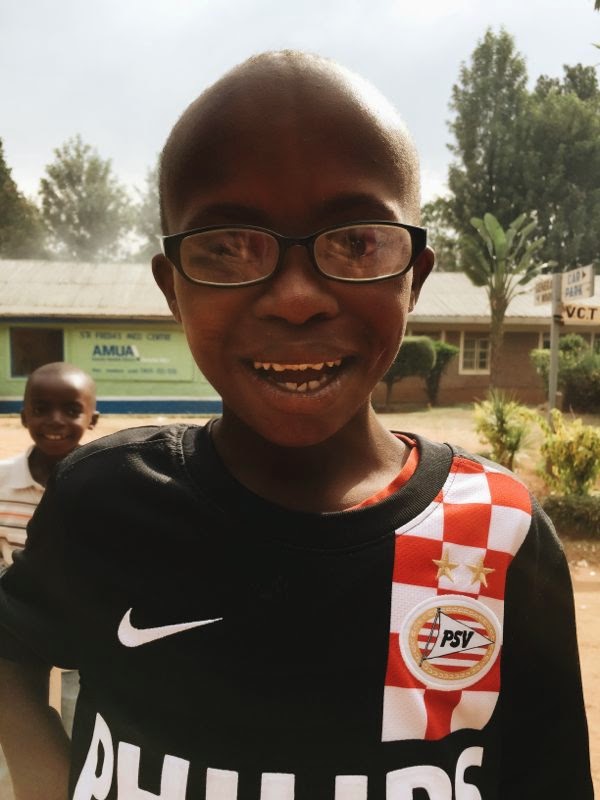 {So did Bramwel...and a jersey with his name on the back!} 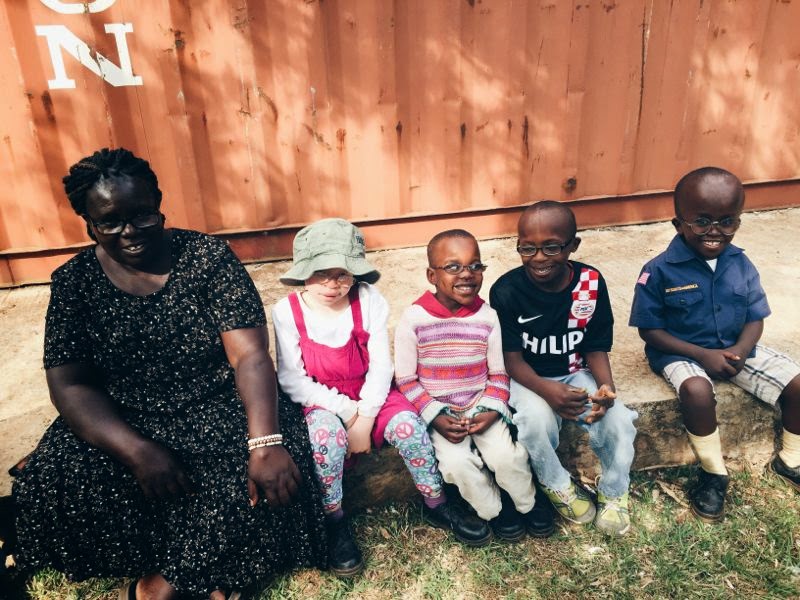 We drove back to Sammy's and played for a bit while dinner was being prepared. 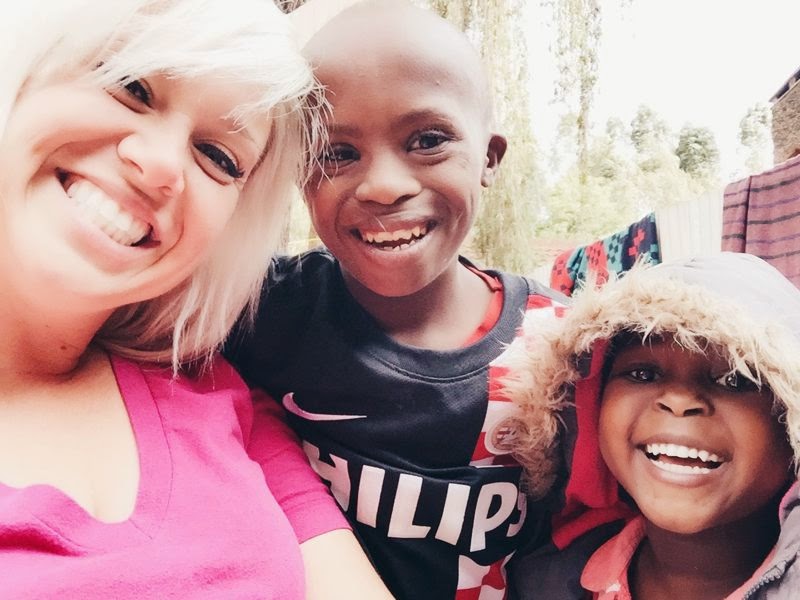 {Bram and Zipporah--or Z.P. as everyone calls her} 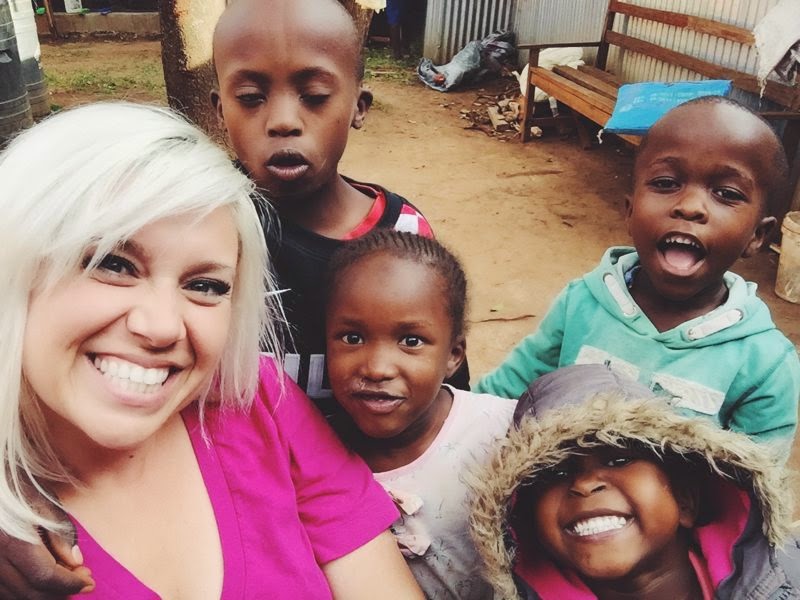 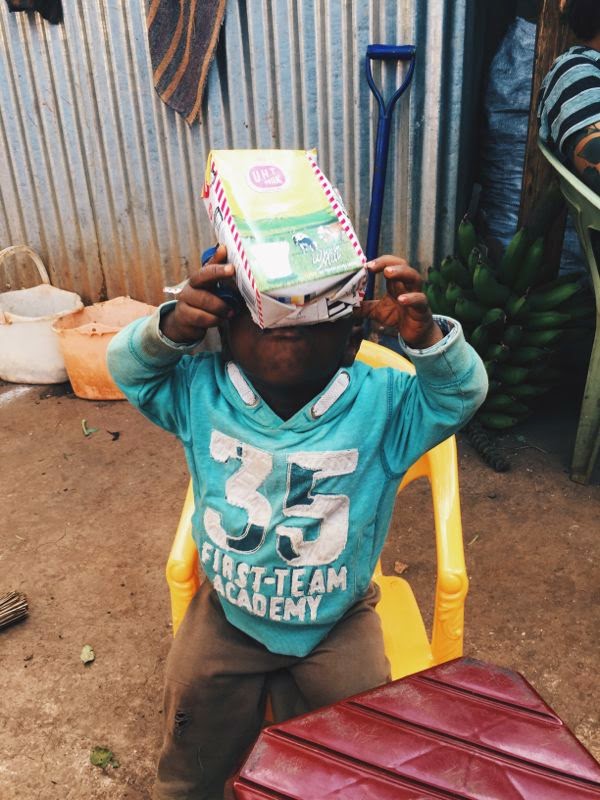 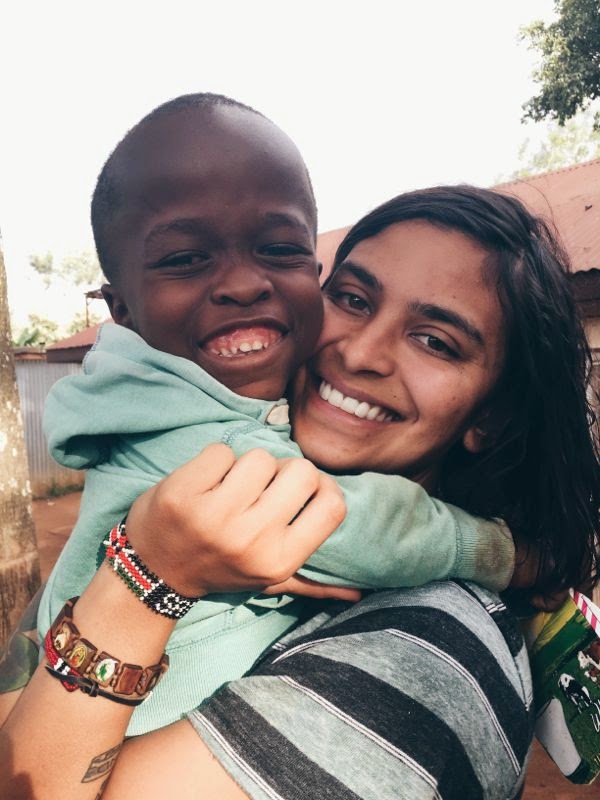 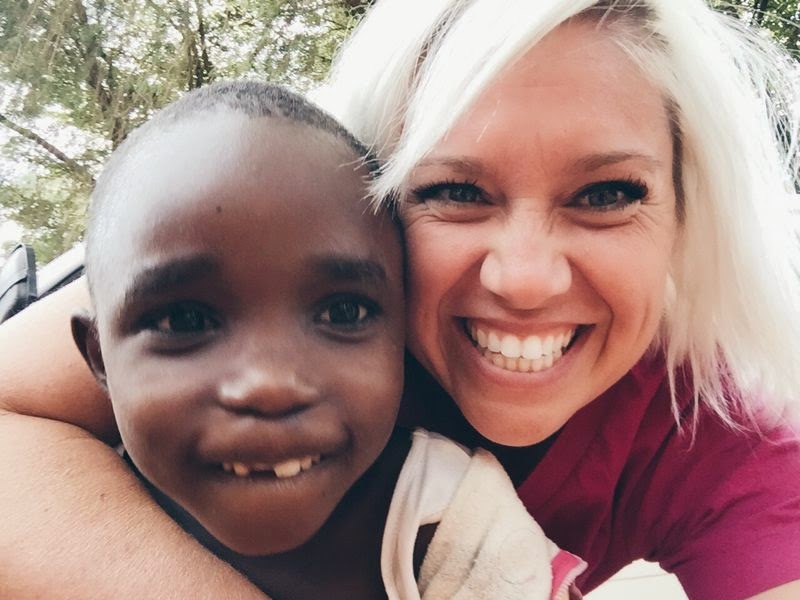 {Suzie is my favorite} Leila had been in the hospital for a few days, being treated for malaria. Once she was back at home, we couldn't wait to go and spend time with her. So, we picked up some soda and chicken from town and headed over for a late night dinner with our friend.

Leila's daughter, Samantha, loves Sammy. (She keeps a close eye on me to be sure I keep my distance and can never sneak-up on her.) As we were leaving, she wanted to drive the car--so Sammy let Samantha help us back the car out of the gate and then passed her back to her mom for bedtime. 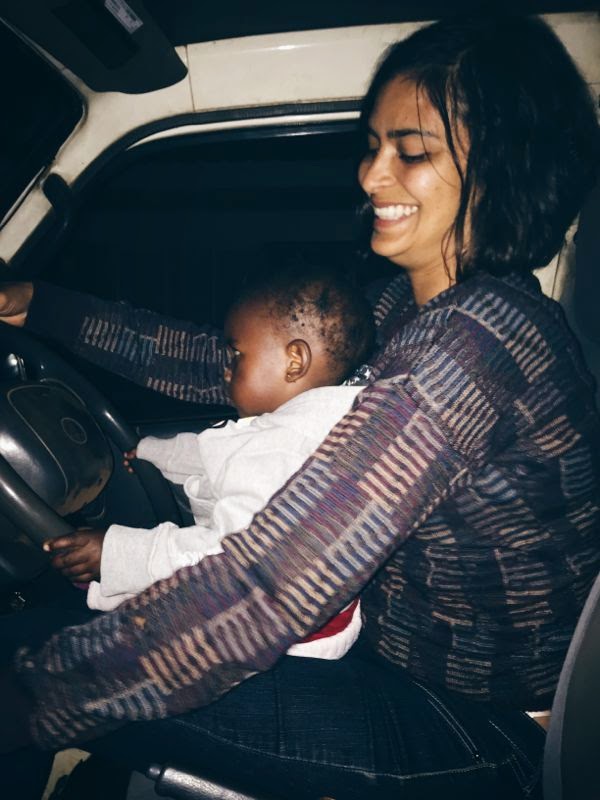 Dinners with friends and nights of painting my nails around the living room while laughing with Sammy have shown me a small glimpse of what full-time life here would be like. (I'm sure it's no surprise that I'm thinking about it.)

I think Powerline said it best in his song "Stand Out" from Disney's The Goofy Movie. He says, "It's not a question of if, just a matter of time..." (I'm not kidding when I say that this song has been stuck in my head everyday this week as I repeatedly have the conversation about my eventual move back to Kenya.)

I have no specific timeline in mind--don't worry, there will not be a post here that says "just kidding! I'm not coming home now!" But, someday, there will be a post here that says, "The time has come! I will no longer have an address in America..." and I'm really grateful that God is showing me that there is a community of friends here who will help me acclimate--and thrive--in Kitale.
Posted by Allison at 7:11 AM

Wow. Tears tears tears. Happy for you! SO very happy to SEE you so happy and to know that you have found confirmation of your dream.
I love you!