Today was another really fun day at Oasis. We are really moving on the profiles: Karen, the social worker, interviewed 15 kids yesterday. She has the most amazing work ethic. We are only 4 kids short of completing the process...if we could only get them to show-up everyday!

Of course, when we take the camera out to take pictures of the missing kids, a line forms.
"Alice, na mimi!" {Alice, me too!}

I wish I knew the name of the boy in the blue...he's in almost every picture from today
Here he is with David 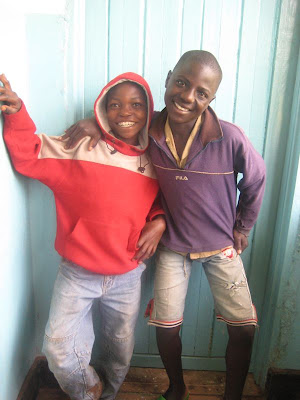 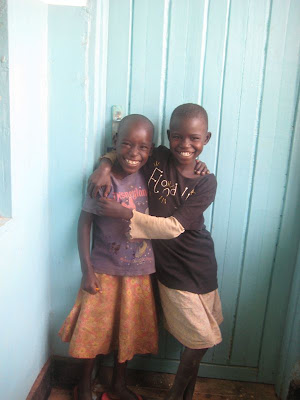 Here he is with Duncan 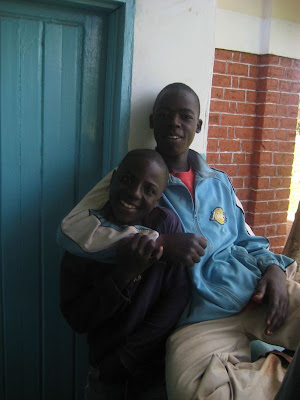 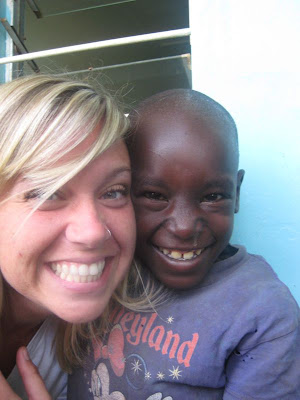 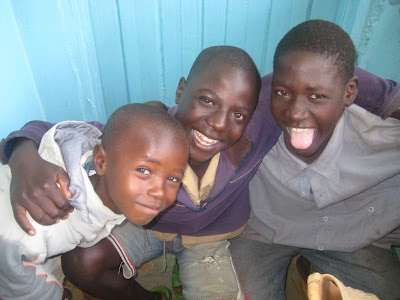 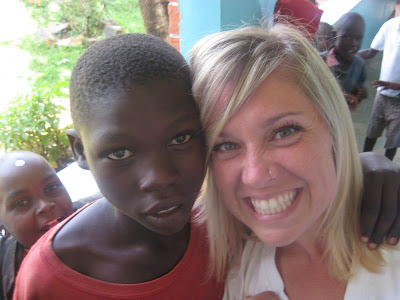 Peter and Rose in the background
Michael and friend 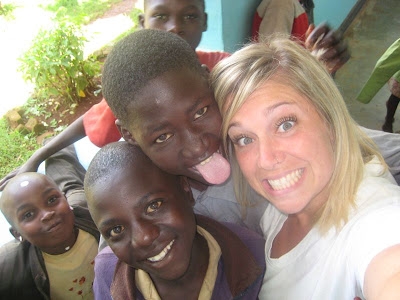 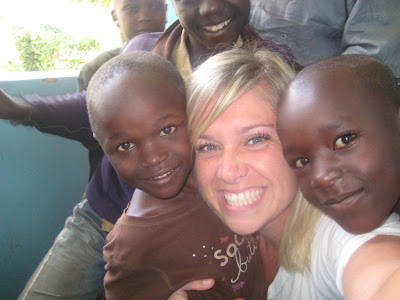 Peter and Michael
Michael, an older street boy, continuously loved on Peter today...
carrying him, bringing him water...it was the sweetest thing to watch 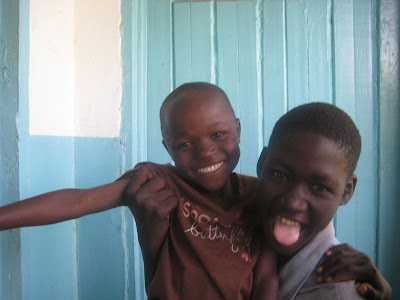 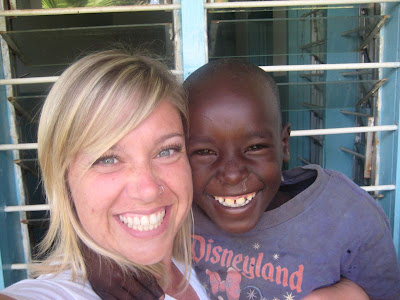 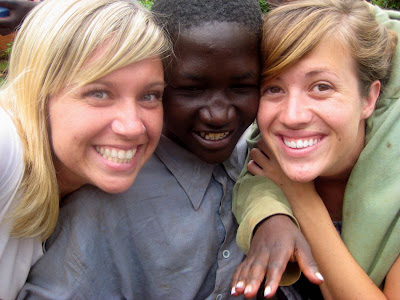 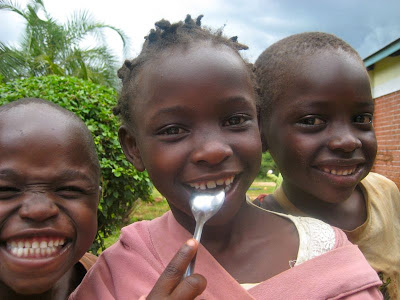 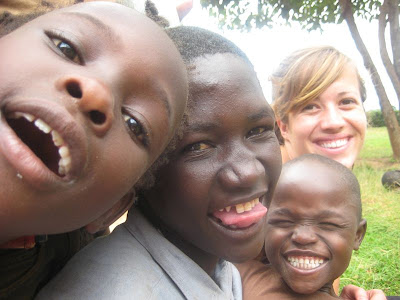 There are seven older boys that have been sleeping at the Oasis Centre because the streets have become too crazy for them. Each day they sit in class, eat two meals with the rest of the center kids...and then, head out to the streets to search, work or beg for money to buy some food for dinner. They come back, cook and eat together and then move in to an empty classroom to sleep for the night. {This is a temporary solution, since it could turn in to 20 not-so-respectful, older boys sleeping there, if they know that it's allowed.}

For most of these older boys, "sponsorship" {someone paying for their schooling} is not a realistic option. They are too old and too far behind to be integrated in to the formal school system. It is more likely that they will adopt a trade and begin life as a _____. {fill in the blank with carpenter, tailor, electrician, etc.}

It is rare that these boys are given any special attention...they are no longer the cute, photogenic street children...they are now older, cooler and a little bit scarier upon first glance. But, these seven are some of the kindest, most gentle boys at heart. Boys that fight to stay alive on the streets, but have no problem laughing and joking with me, holding our hands, carrying the smaller centre kids.

Today, Bre, Jordan and I got to watch as they were given mattresses, plates and utensils...a new pot to cook in, butter, salt, tea...beans, rice, corn meal {to make ugali}...and money for milk, vegetables and bread.

It was really, really cool to watch the smiles on their faces...watch as they received gifts that were completely unexpected, unasked for. Necessities {in my mind} that they have lived without {most of them} for years. 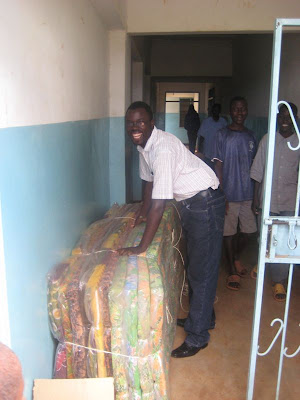 Each boy chose the mattress he wanted...
They chose different patterns, so they would not confuse whose was whose.
It was really sweet to watch them... 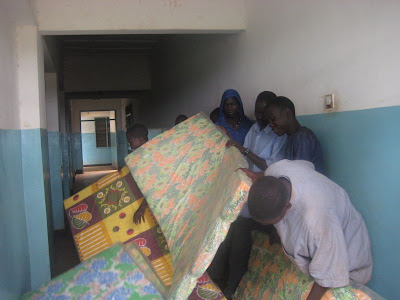 About 10 smaller kids waited as we watched the older boys receive their gifts, and then walked home with us. Each of us had two hands in our own, and at least one more waiting for a turn. We were racing each pod, my group, of course stopped about halfway down the road...but what a great opportunity for a picture. {Bre and Jordan with some Oasis kids} 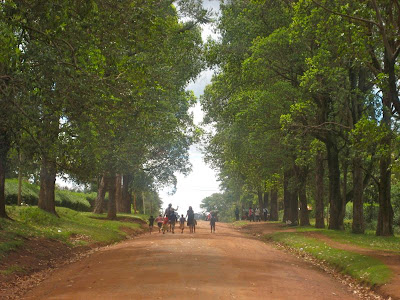 We've been at home for a few hours and now we are headed out to tutor some Math and English...and then eat dinner with the House 2 boys...I honestly can not wait!
Posted by Allison at 4:40 AM