Last Tuesday was Kenya's Independence Day. It is known as Kenyatta Day, after President Jomo Kenyatta who gave the country its freedom in October 1963.
This year, our friends, the bookshop owners began what they hope will be a new tradition in Kitale. Their community donated funds to plant over 2,000 trees around Kitale.

The planting began on Kenyatta Day at the Kitale Club.
The District Commissioner and other political figures were there to mark the occasion. 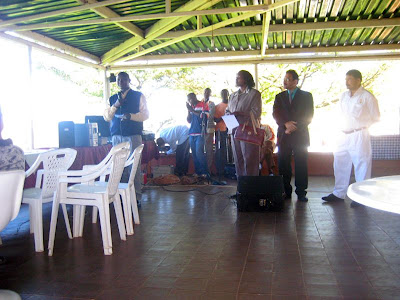 The woman in the brown was, evidently, in charge. She told everyone where to be and when...then instructed us not to leave. She also re-read one of the speeches because she didn't think the man had communicated clearly enough. {Awkward and super funny} 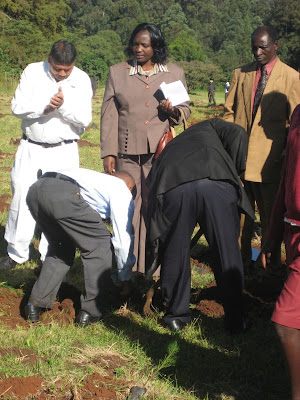 We weren't sure if we were allowed to plant a tree, since most of the holes were labeled, but Mr. Pradeep yelled, "Alistair! You and your friends can plant many, many trees!" And so, plant we did. 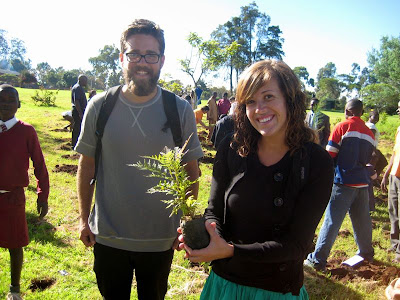 We took several pictures to mark the location for future reference. 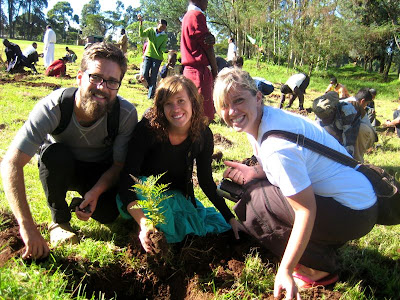 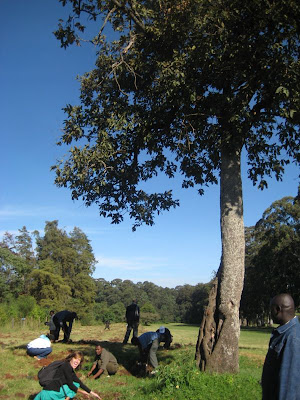 Bre set-out to plant more. She claims she planted about 15 trees all on her own, which she continues to rub in my face because every time I started planting, someone would come and help me. I never got plant a tree by myself...including the one time that I was almost finished and Bre asked a kid, "Don't you want to help Allison!?" 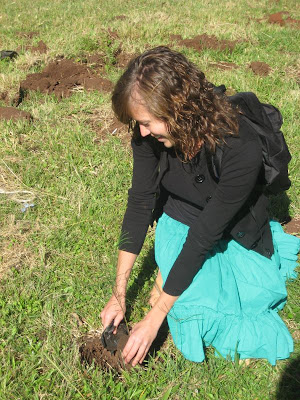 The students from Milimani Primary School were invited to come and help plant. This is Elias, he lives at Discover to Recover Centre. 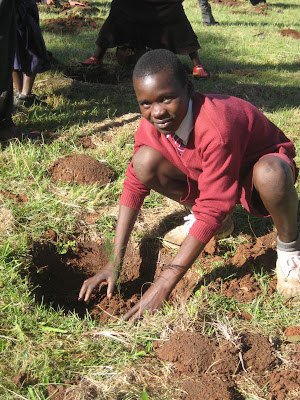 Mr. Pradeep asked Bre to please be in this picture...which is awesome because it's with three pretty important men in Kitale. 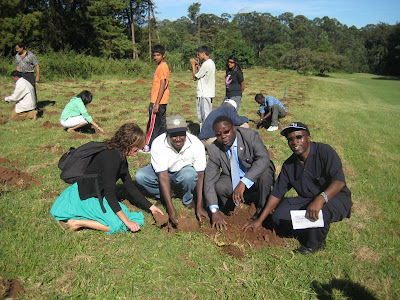 After we finished tree planting and ate some breakfast on the patio, Bre and I went to visit Patricia Sawa who lost her husband at the beginning of this month. We were just two of about 30 people in her house, so she is being well cared for.

Patricia lives around the corner from Oasis Boys House 2, so Bre and I walked over there for a visit. Since it was a holiday, the boys were out of school and ready to learn {and then school us} in about 3 hours of Uno. Mid-afternoon, we bought some mandazi {like a doughnut, but not sweet} and sodas for each boy...and laughed until dinner time.

Before we left, Moses stopped the conversation to say, "Allison, Bre, thank you." When I asked, "For what?" He said, "For today's fun...you are so good to us."

Funny, I was thinking we should have thanked them for the fun.
Posted by Allison at 1:45 AM