Kitale to Nairobi, Nairobi to London, London to LA

After church, I asked Geoffrey if it would be okay to hire some taxis to bring all of the Oasis House kids out to the airstrip to say goodbye. He asked the kids how many of them had seen a plane before (very few) and how many would like to go say goodbye (all of them...except Martin and Johnstone who said it would be too sad and they would rather say goodbye at church and go home to do homework)...but, in the end, they all made it out to wave goodbye (well, all but a few of the House 3 boys that had headed home before we made the announcement to stay)

When they arrived at the airstrip, I tried to hug each one of them...so I could do the same as I left... 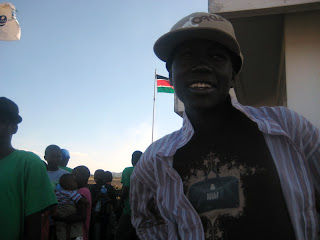 This might be one of my favorite pictures from my entire trip...me and Stone 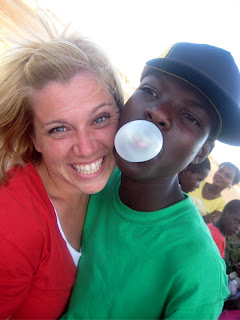 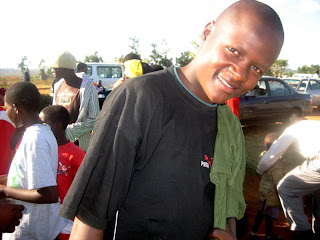 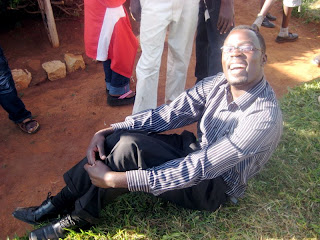 This next series is one of my favorites...Martin and Charlotte "look at the camera" 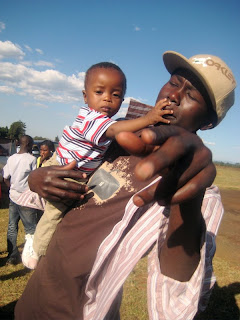 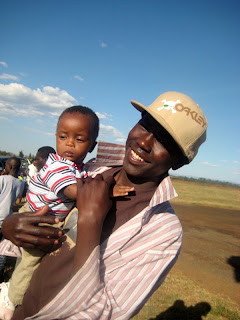 "here, Moses, you take her" 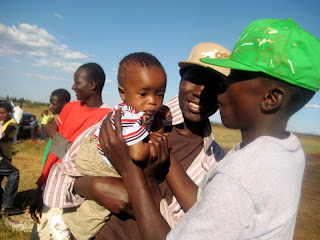 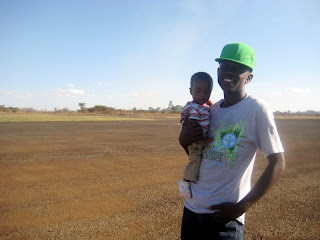 Moses really wanted a picture in front of the flag 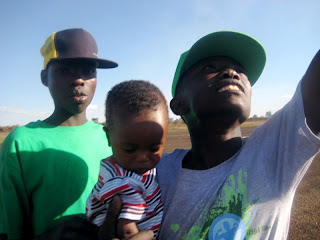 Kamau keeps posing with his middle finger sticking up...I told Martin it is his job to teach him that is not okay. 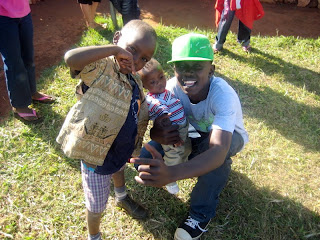 Stone trying to get Charlotte to look at the camera...I'm trying, too 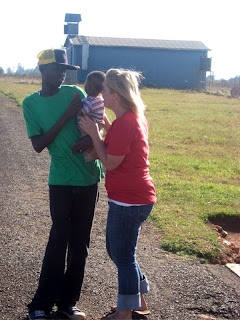 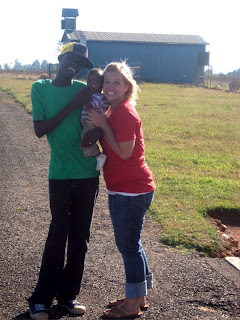 One last fight with Kamau 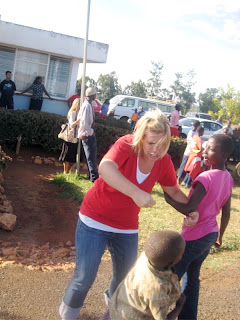 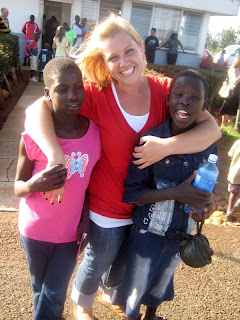 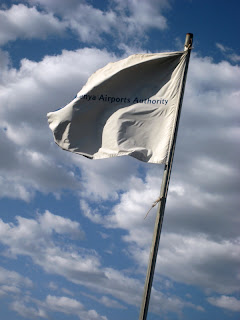 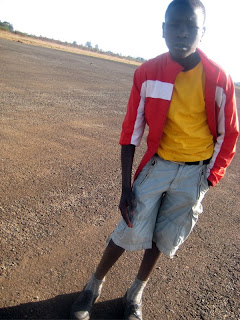 "Big Pato" rode up on his motorbike...so Steward and Paul were checking in all out 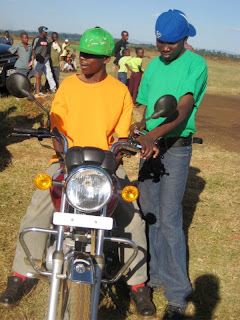 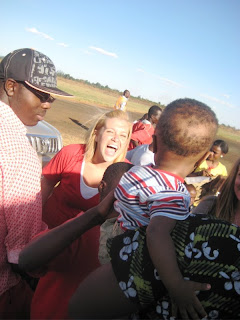 We watched as the plane flew in...closer and closer...larger and larger...then took a quick shot of Moses and the plane before hugging, kissing, saying goodbyes and i love yous...and then running on to the plane. 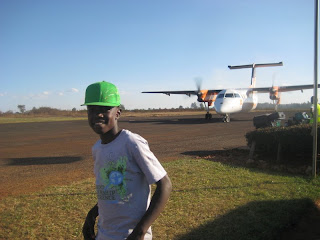 I cried all the way to Eldoret, and the stewardess had to ask me if I was okay...I slept to Nairobi...and then cried in the airport when I talked to Stone and Bram on the phone (twice)...

I made two sets of friends in the Nairobi airport. Two girls (young and British) and two men (old and British). Neither set stopped talking, though the girls were actually interesting.

I slept all the way to London (8 hours...pre-take off to landing)...and then ate my first non-Kenyan meal in 7 months! I love, love Pret A Manger...Seriously delicious. 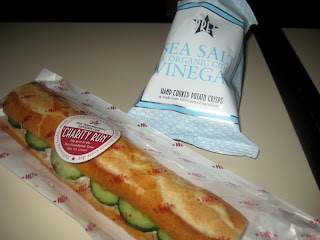 After eating, I sat down to finish some budget stuff for Floyd while waiting for my flight. The woman working at the kiosk began to ask me questions about my "Apple Mac" and show me photos of her cake decorating skills...she was nice.

The man in line behind me at the second security scan talked to me, too...and then again on the plane...and then again exiting the plane. This time, I mentioned living in Kenya and the man next to him says, "I was raised in Kenya" and we talked for about 15 minutes about Kitale.

I cried as I pushed my cart toward the "Welcome to LA" sign.

My mom was in the wrong terminal (she thought I was on a different airline), so I walked from Terminal 2 to 7 and back with all of my luggage. I was helped my two different old women (who let me borrow their phones) and then was stopped by a man who said, "You have a big, pretty smile...what's the occasion?" and then gave me a book about meditation...

I must have been wearing a "dear strangers, please talk to me" sign...
Posted by Allison at 1:12 AM

I love your coming home story! And all these pictures are fantastic. I am sure that Kitale is a little bit less beautiful these days...and I know your name is mentioned in love a lot...
so glad you are home!
:)