Robots In The Forest Of Kitale

Last night we had dinner with a family from Lighthouse Church.
His name is Maurisson (I didn't catch his wife's name). They have four children together (Irene, Alan, Doreen and Andy). 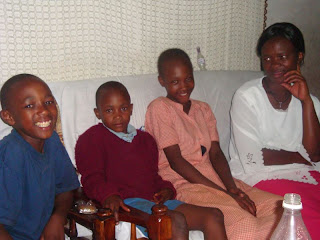 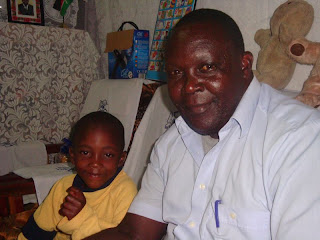 The cat Chris named Christiano Rinaldo...before this, it had no name. 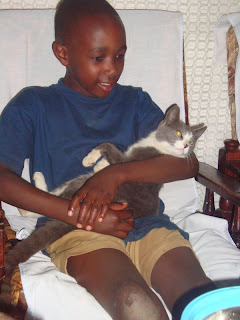 Chris said, "Get a picture of me and my friends...oh, and my Fanta" 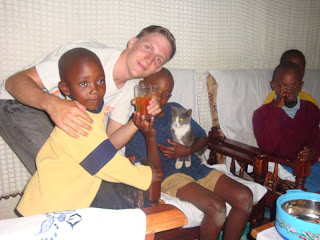 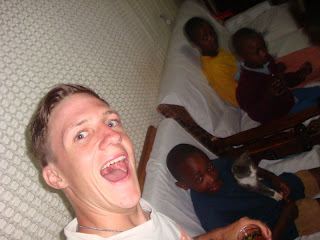 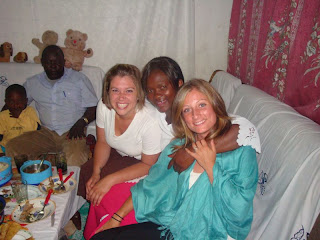 They live on the compound of the school where Maurisson is both a student and an employee. So, when we arrived, we were given a brief tour and then taken to his home for dinner.

We had chapati (of course!), chicken (cuckoo), greens (sukama wiki), rice (mchele), and soup. It was delicious. While we ate, we watched a video of a Christian Kenyan artist. The music videos were shot poolside and on the beach in Nairobi and Mombasa, respectively.
Chris was, as always, the entertainment: Alan laughed at everything Chris said and did...most of the time for no real reason. (Except maybe because he kept making this face) 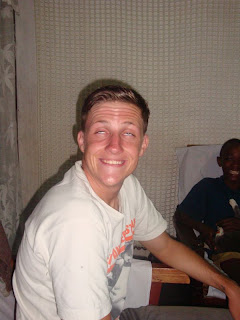 Then Chris brought back his robot impression which even made Maurisson and his wife laugh. 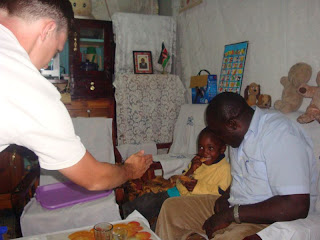 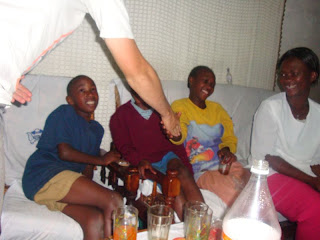 The best part was Chris asking, "Do you have robots in Kitale?"
Andy: "Yes."
Chris: "Really? Where?"
Andy: "In the forest!"
He had thought Chris had said robbers...but it was a great laugh for us!

After the robot, we brought out the biscuits...we made the seal of the tub a headband for Daina...the kids loved that, too 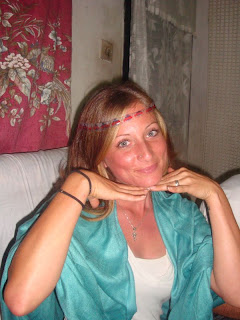 and Alan brought out the Star Wars! So we finished the evening with the first 45 minutes of Star Wars Episode II.
It was a great, relaxing evening of fun and laughter...we are excited to continue to spend time with Maurisson and family!
Posted by Allison at 10:08 PM